Kumi Yamashita’s Complex And Brilliant Shadow Art Will Amaze You 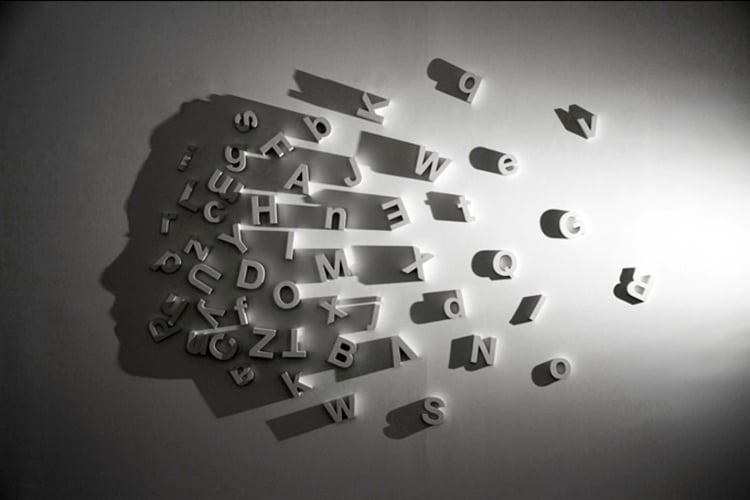 Kumi Yamashita is a sculptor of magic, building an invisible bridge between the material and immaterial, and often creating interesting juxtapositions along the way. In her series -simply but aptly titled “Light and Shadow”- Yamashita uses a single light source and myriad specifically placed everyday objects to attain the desired silhouette. 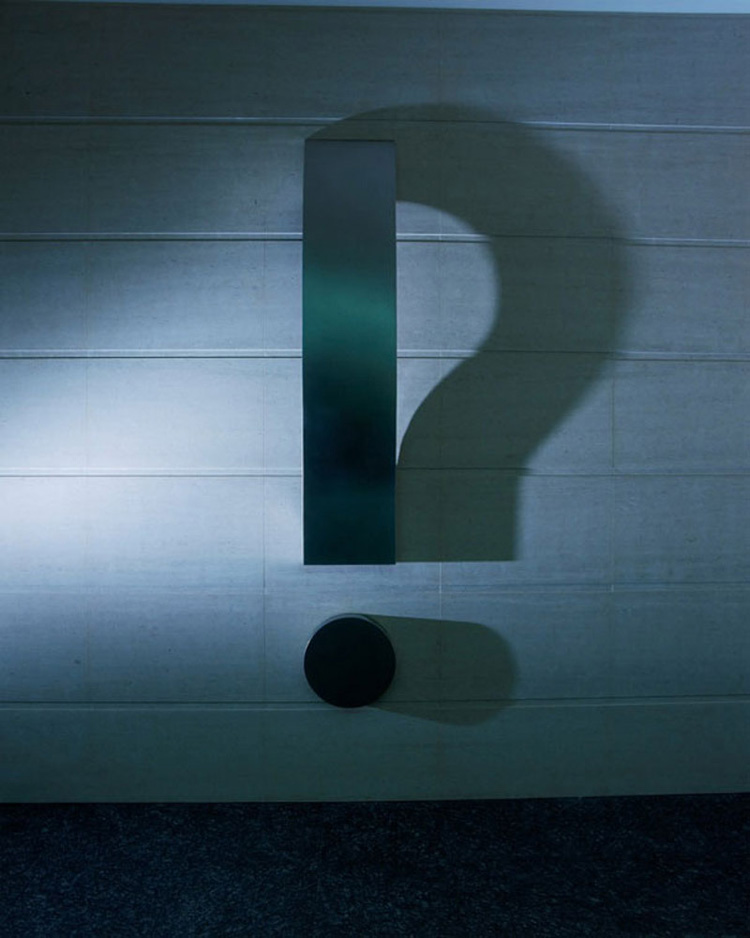 The art is full of astute presentations; a head filled with letters, an exclamation that slyly morphs into a question, a shadow couple seeking shelter from the elements under a cloud-shaped piece of cut aluminum, the same cloud that calls this couple’s physical forms into existence. With great attention paid to fine details, her works are technically complex and precise, and yet they remain deeply human. 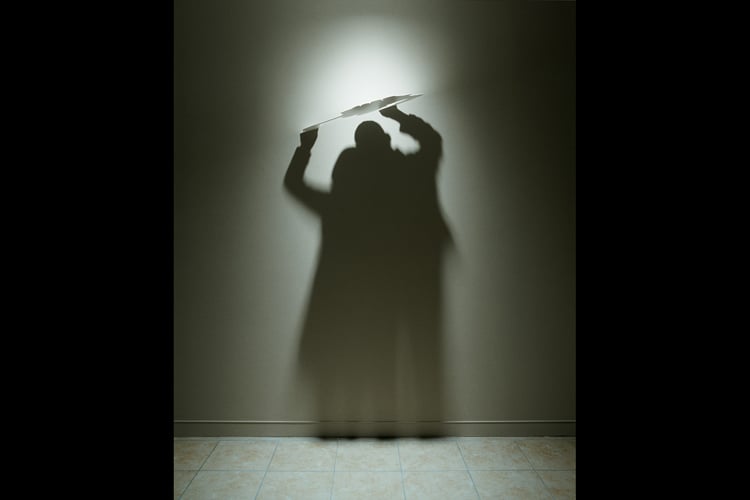 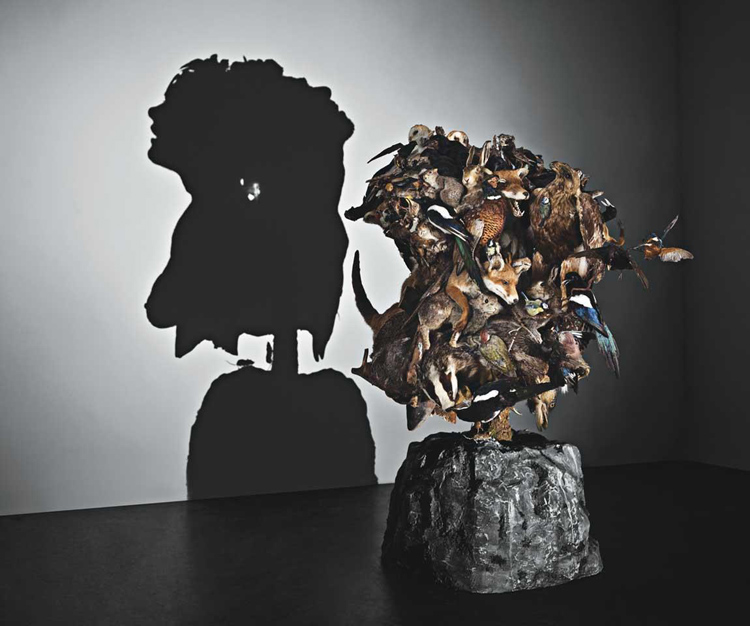 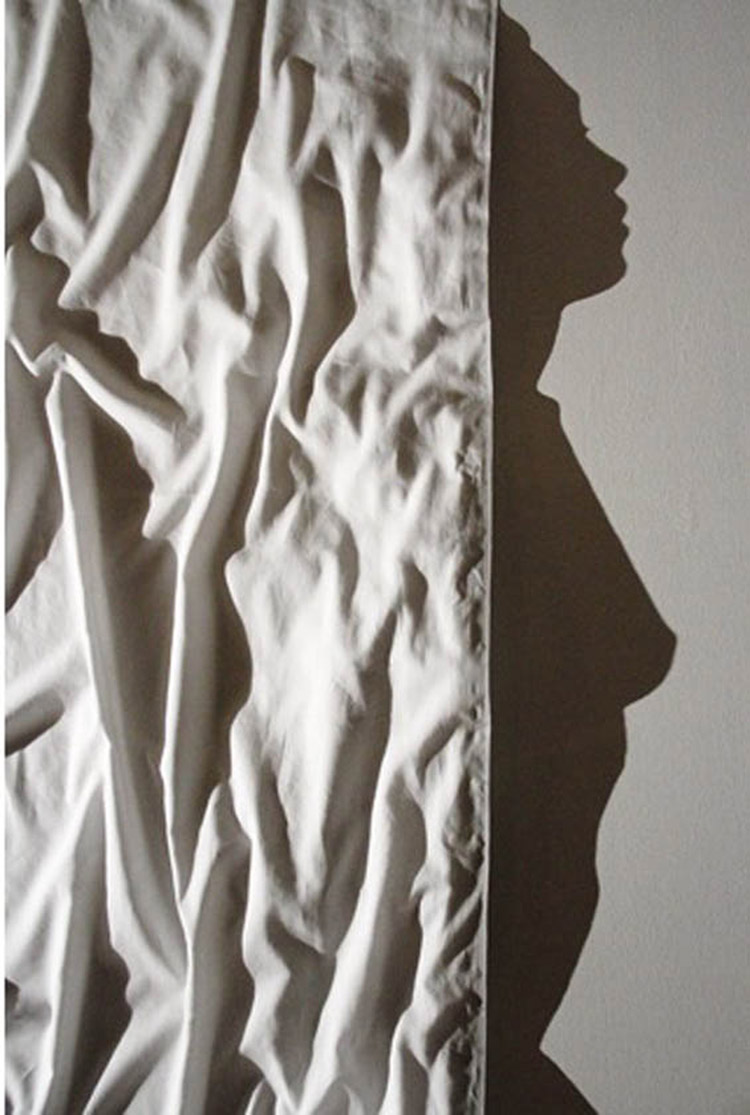 Shadows and light are not the only tools that Yamashita uses to portray human likenesses; she also employs nails and thread in what has been coined as ‘constellation art’- the winding of thread around nail heads on a two dimensional canvas or board. One can only imagine the patience and true vision that is needed to so expertly weave a portrait in this manner. Every thread constitutes not only part of an eye, a nose, a chin, but also details -a wrinkle, a pore, a freckle; all of the things that together make up our imperfect faces, and it is absolutely stunning to behold. 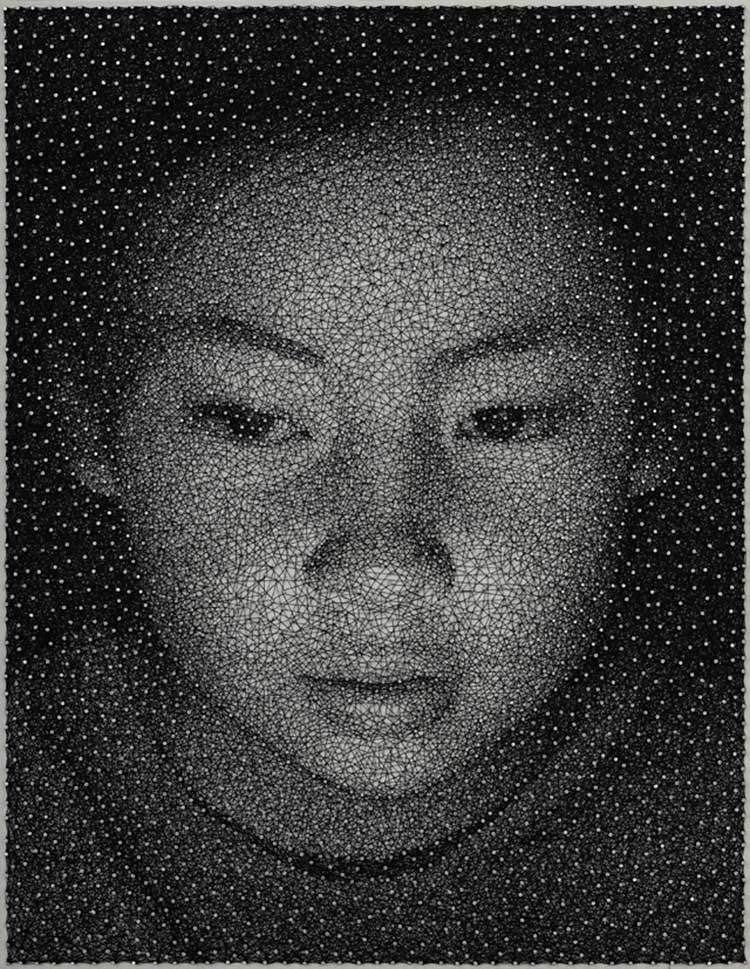 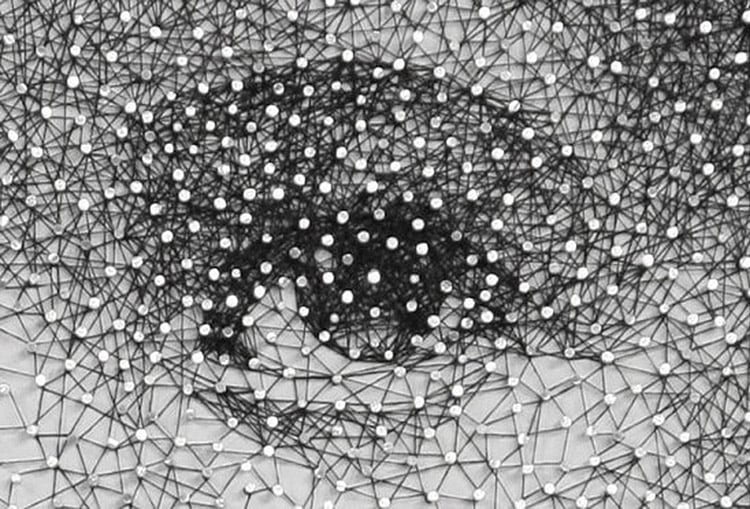 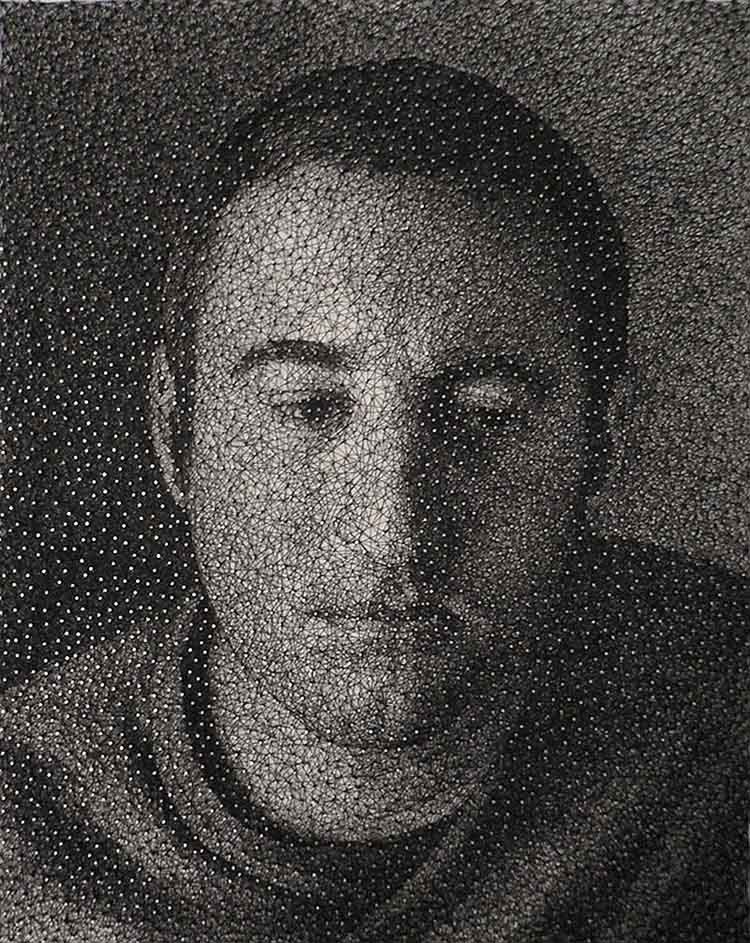 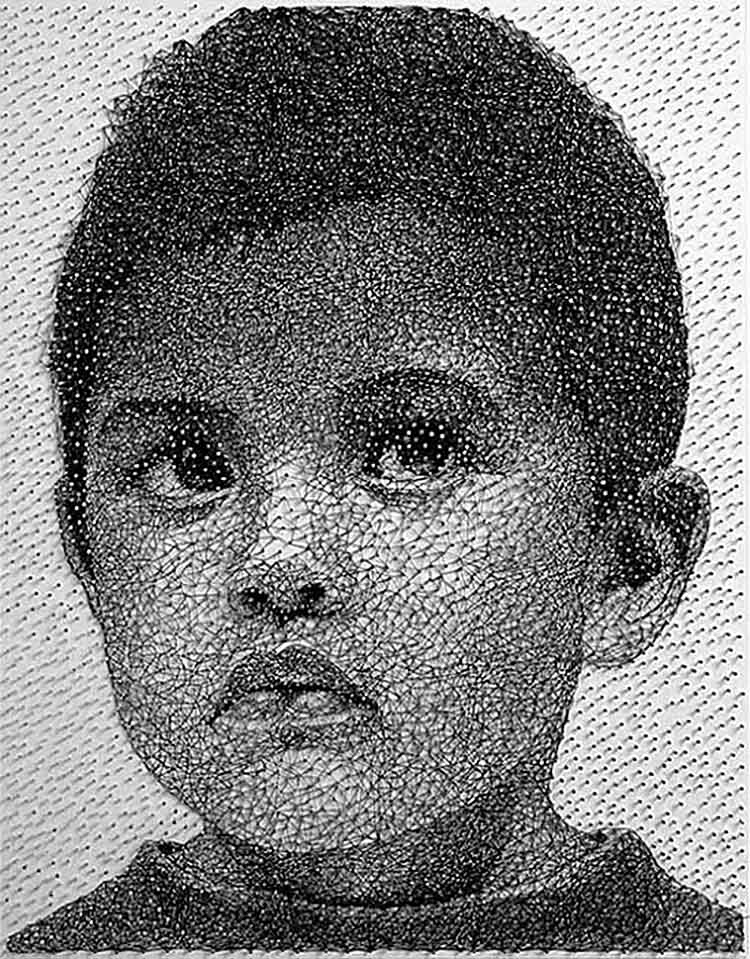 Yamashita is equal parts engineer and artist; born in Japan and now living and working in NYC, her portfolio takes her from Singapore to Idaho and many places in between. Her exhibition list is longer and more detailed than any biography you can find on the artist herself. 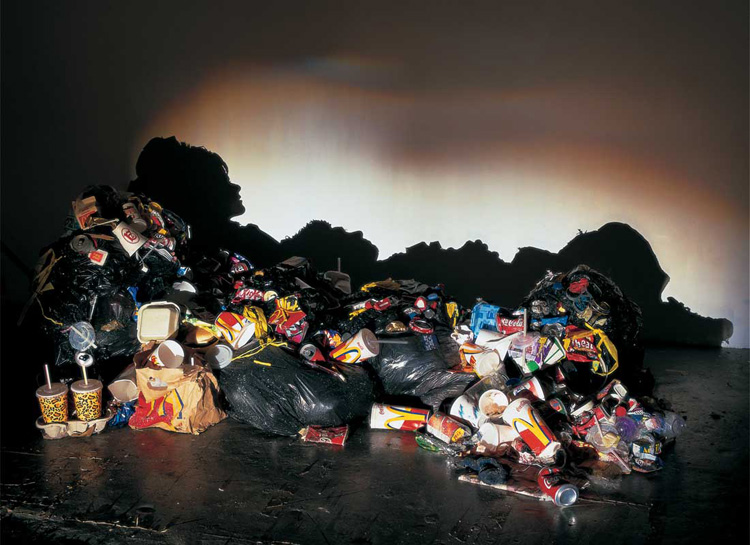 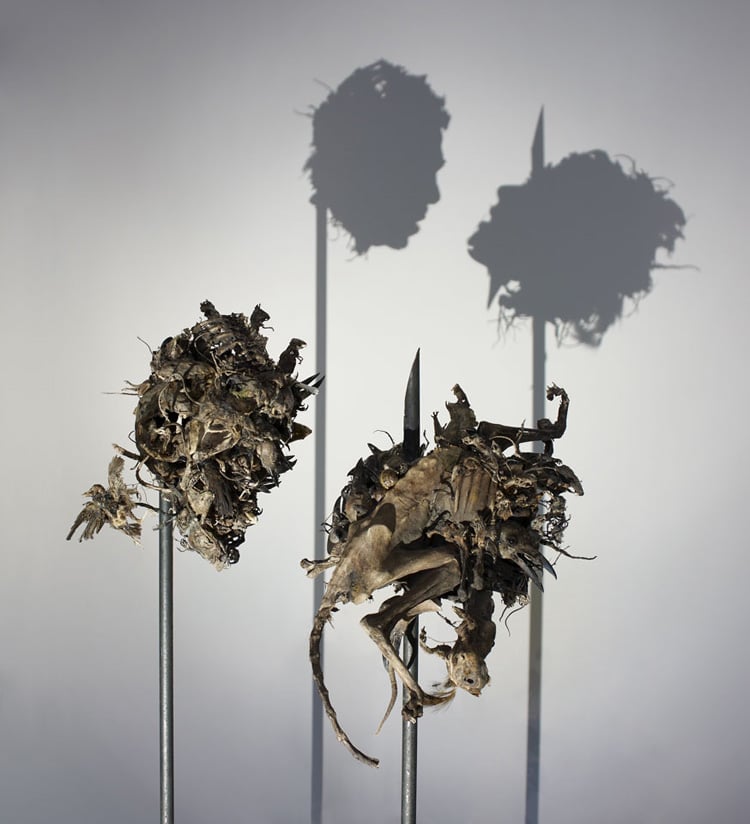 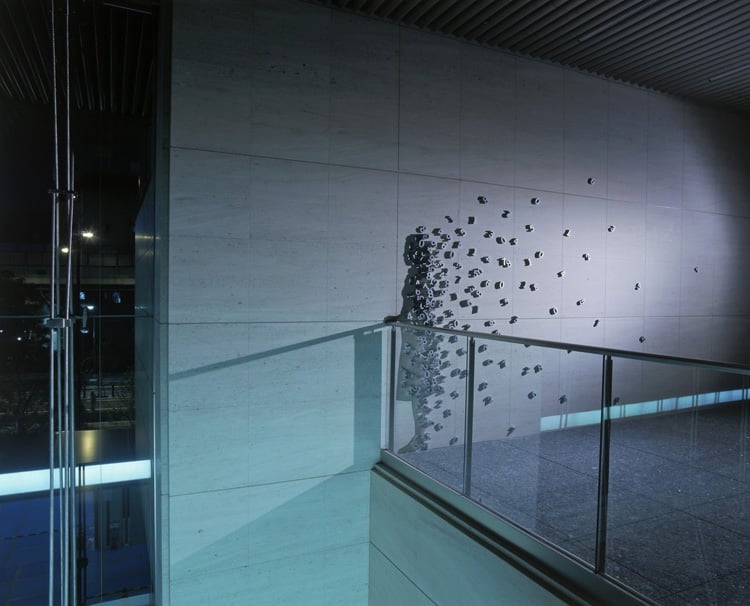 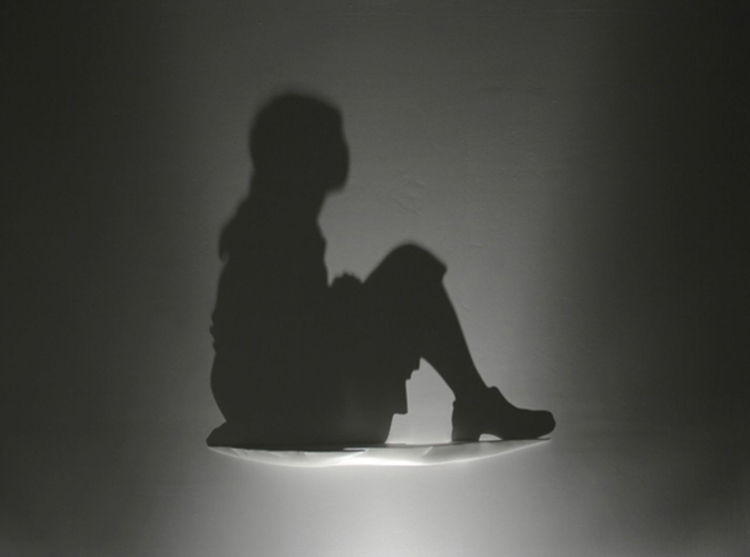 For this particular installation at the New York Offices of American Express, Yamashita took photographs of the employees’ profiles, and chose 22 of them to shadow sculpt onto an office wall. Unfortunately, this piece is not open for public viewing, as the offices are closed to the general public. A similar installation was made for the Grand Rapids Art Museum in Michigan, where she depicted 100 profiles of the residents of the city in her signature style, each programmed to appear and disappear using a timed light source. 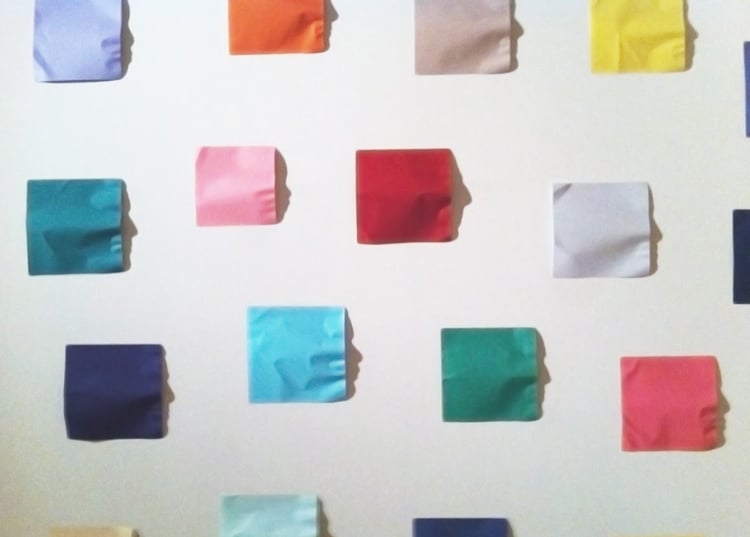 The concept of working with light and shadow was not a new one for the talented Yamashita: “Even when I was young I enjoyed making objects and all through my schooling and various art classes I had to create and make three-dimensional sculpture. So it was a form with which I was already familiar and enjoyed.” 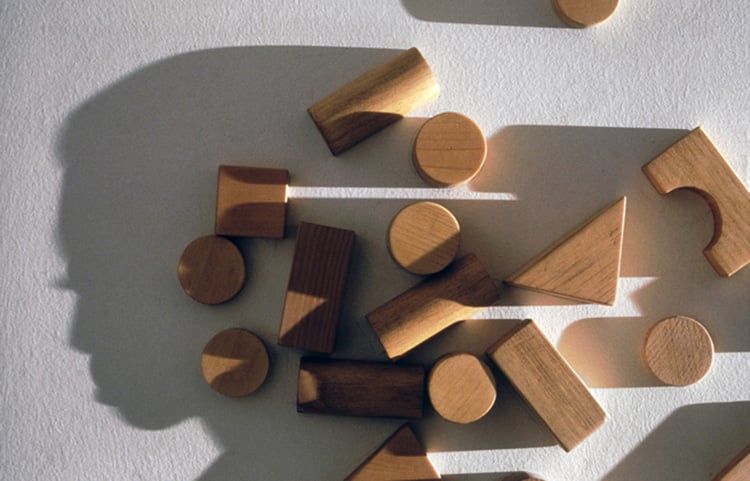 That’s not to say that the medium doesn’t come with its own set of complications: “Ambient light is my nemesis! I am always battling light spill (which causes other shadows also) when installing in new spaces. Unintentional excess light or shadow can really destroy the integrity and poetry of the work. The key is to have an environment which can be controlled.”