Siberian Region Says They’re Coronavirus-Free Thanks To A 2,400-Year-Old Mummy

Archaeologists believe the mummy may have been a healer or priestess when she was alive. 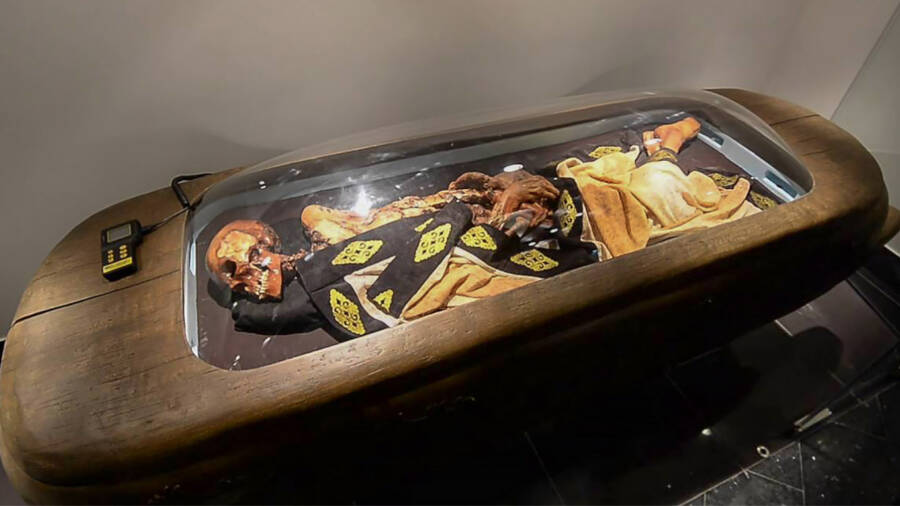 Screenshot Altai News/Youtube
The Altai republic of the southern Siberian territory has not recorded any infections from the current coronavirus outbreak. Some say it is due to the protection of an ancient mummy known as the Princess of Ukok or the Siberian Ice Maiden.

Like the rest of the world, Russia has been hard hit by the coronavirus outbreak, except for its Altai region in southern Siberia where zero COVID-19 cases have been identified so far.

According to locals, the region has been spared from the virus thanks to protection from a mysterious ancient mummy kept in a museum in Gorno-Altaisk, the capital of the Altai republic.

As The Moscow Times reports, the 2,400-year-old mummy was excavated from its original burial ground within the area of the Siberian Permafrost in 1993.

Since then locals believe that the Siberian Ice Maiden — the moniker which the mummy has become known under — has provided divine protection to the region, including during the global outbreak.

No Confirmed Cases Of COVID-19 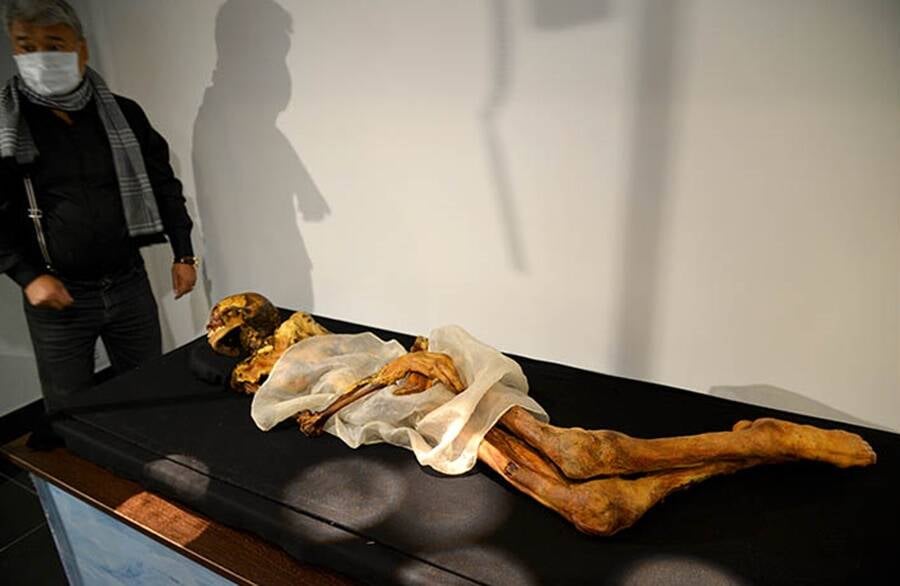 Alexander TyryshkinAfter years of being removed from the Altai region, following a number of mysterious misfortunes, the Princess of Ukok was returned.

Regional Deputy Yerzhanat Begenov told the press there had been no cases of the coronavirus detected among the region’s 220,000 people due to the government’s early implementation of self-isolation. They also enacted restrictions on land and air traffic with neighboring regions.

But Begenov also said that the region was unique because it had the protection of the mummy princess.

“We have protection. The Altai people worship the mummy, we do treasure it,” Begenov told local news outlet Podyom. “When the mummy was taken to Novosibirsk, we had an earthquake here, and they say that it happened because the mummy was taken away, we shouldn’t have touched her.”

Begenov of course is speaking of the controversial removal of the mummy from the sacred burial mounds, known as kurgans, in the remote Ukok Plateau when the Iron Age corpse was first uncovered.

The Altai people’s shamans warned government officials that removing the mummy’s remains from the tomb would spur retaliation from spiritual forces.

Like magic, not long after the Siberian Ice Maiden was moved to Novosibirsk, the Altai region was hit by a major earthquake. The eerily timed natural disaster seemed to prove the mummy’s power. 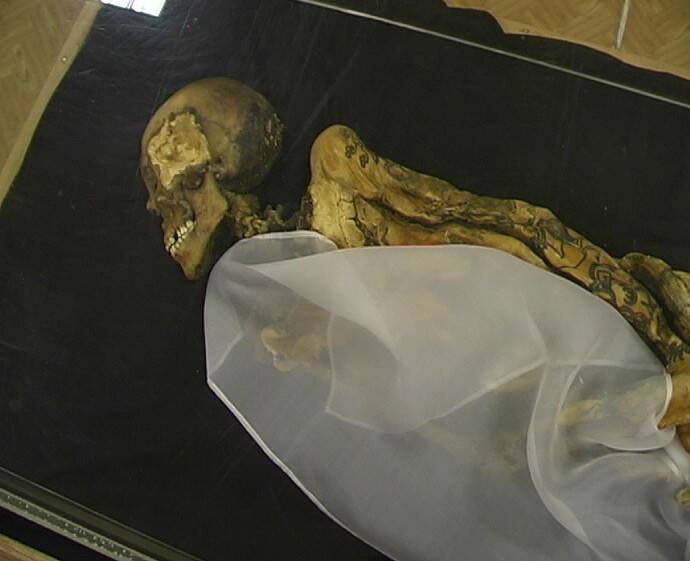 The mummy, also known as the Princess of Ukok and Altai Princess, was identified as a young woman from the nomadic Pazyryk tribe. This tribe’s people were closely related to the Scythian peoples that once populated the Eurasian steppes sometime between the 7th and 3rd centuries B.C.

The true identity of the mummy is still somewhat a mystery. The mummy is covered in well-preserved tattoos on both shoulders all the way to the wrist.

“It is a phenomenal level of tattoo art. Incredible,’ said Natalia Polosmak, the lead archaeologist who discovered the mummy. One of the tattoos on the mummy’s left shoulder appears to be a mythological hybrid of a deer with a griffon’s beak and Capricorn antlers.

Furthermore, the mummy was found buried with a bevy of ornaments and six horses — a burial custom found in other cultures of the world — which led archaeologists to suspect that she may have been a healer or high priestess in her life.

After the Siberian Ice Maiden’s controversial removal, it was returned to the Altai region and placed in a special mausoleum at the Anokhin National Museum in 2012. 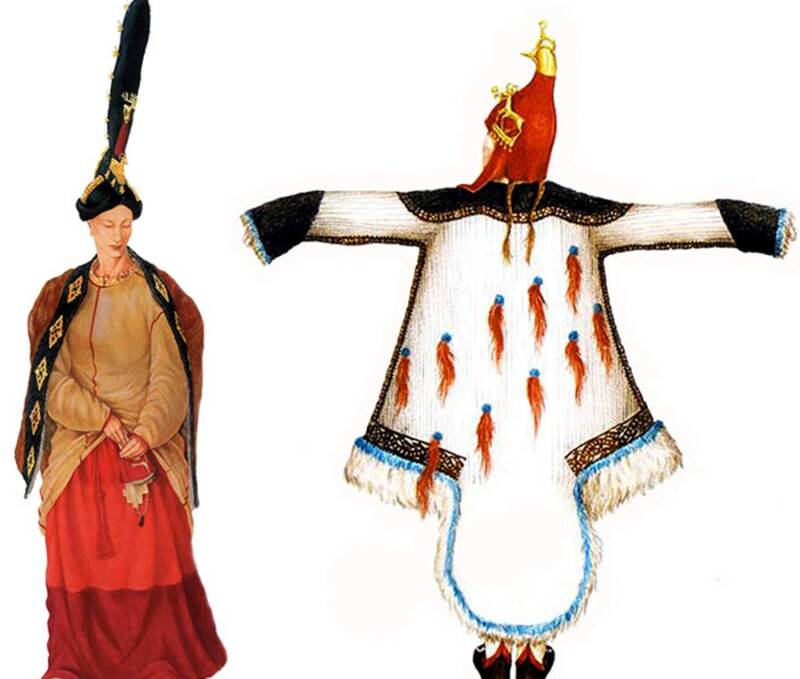 Siberian TimesArtist’s rendition of the Siberian Ice Maiden during her life.

Since the discovery of the Siberian Ice Maiden in 1993, locals have invested a lot of faith in the mummy’s powers and shown much respect for the divinity they believe it carries.

Experts hailed the finding as one of the most important archaeological moments of modern times.

The Altai shamans declared that the mummy belonged to the Altai Princess Ochi-Bala or White Lady of Ak-Kadyn whose corpse was placed at the Ukok Plateau — considered the holiest place of the native people of the Altai Mountain — to protect the gateway to the nether world.

Besides the six bridled horses found in the mummy’s tomb site, archaeologists also discovered a meal of sheep and horse meat by her side. They also found ornaments of wood, felt, bronze, gold, and, interestingly, a small container of cannabis.

Out of respect for the customs of the Altai Indigenous tribes, the Siberian Ice Maiden’s remains can only be viewed by museum visitors during the new moon. 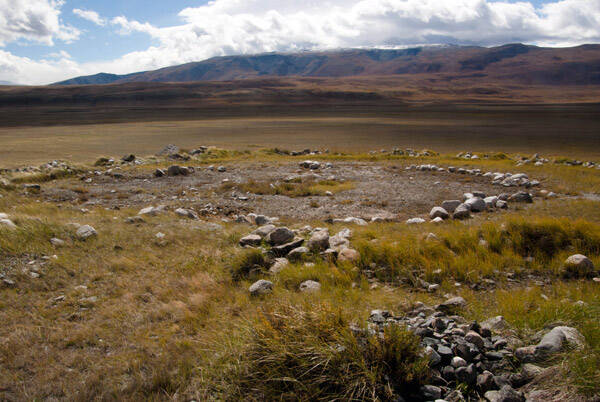 Wikimedia CommonsThe grave site of the Princess of Ukok.

The priestess’ burial was meant to prevent the “penetration of Evil from the lower worlds” which is why removing the remains was predicted to have catastrophic consequences.

Not only did the removal of the remains cause a major earthquake in Altai, but a series of inexplicable misfortunes also followed the priestess mummy wherever it went.

Some say it is what caused the crash of the chopper that had been transporting her remains out of Altai, though the mummy itself was unharmed. Then, when it arrived in Novosibirsk, her remarkably well-preserved corpse suddenly began to decompose.

There is also the suspicion that the Siberian Ice Maiden is capable of influencing political affairs of the world. Many Altai elders believe it was what spurred Russia’s constitutional crisis in 1993 and the outbreak of the war in Ukraine. 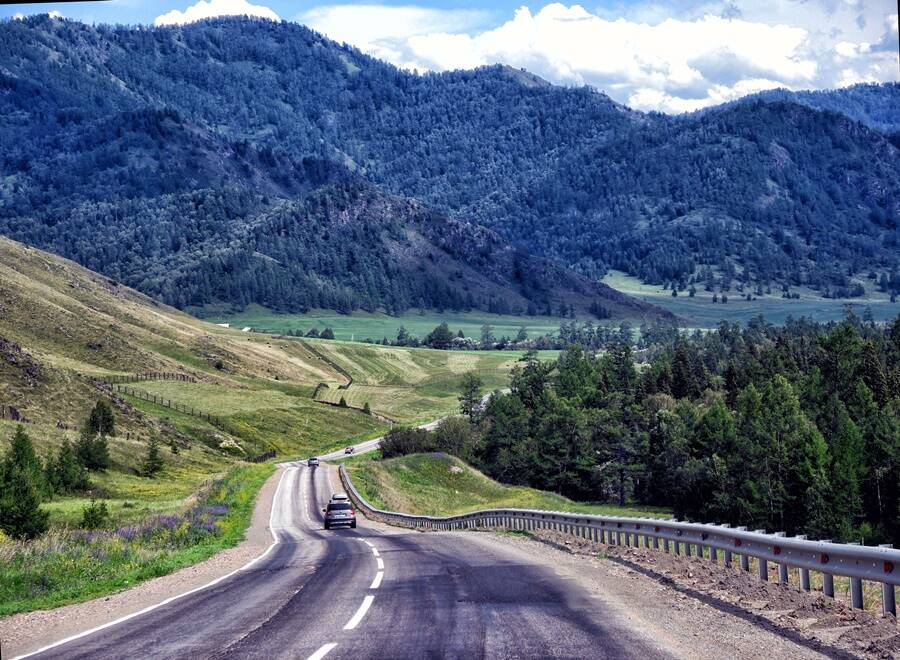 One of the biggest — and perhaps most surprising — political affairs believed to be affected by the mummy priestess was the 2016 US presidential election. They believe that the Princess of Ukok may have cursed Hillary Clinton.

In November 1997, then-first lady Hillary Clinton visited Russia during her solo tour to promote human rights initiatives around the globe.

One of her stops was in the city of Novosibirsk where the priestess mummy was kept. As customary during diplomatic visits, local officials hosted Clinton with a visit to several spots around the city, including an exclusive viewing of the Siberian Ice Maiden.

As the story goes, a series of misfortunes struck local officials involved with Clinton’s Novosibirsk tour.

Then, two months after Clinton’s fateful meeting with the priestess mummy, the Bill Clinton scandal broke, causing ripple effects that would cascade through to the 2016 election — as the “mummy’s curse” would have some believe.

Whether the divine powers of the Siberian Ice Maiden are real or not, maybe it is best to leave such ancient relics alone.

Next, take a look at the 5,600-year-old mummy which used the oldest Egyptian embalming recipe ever found and the remarkably well-preserved Qilakitsoq Mummies whose last meal was identified by scientists.