Sled fragments, arrows, horseshoes, and even animal dung are among the objects archaeologists have found on the Lendbreen ice patch. 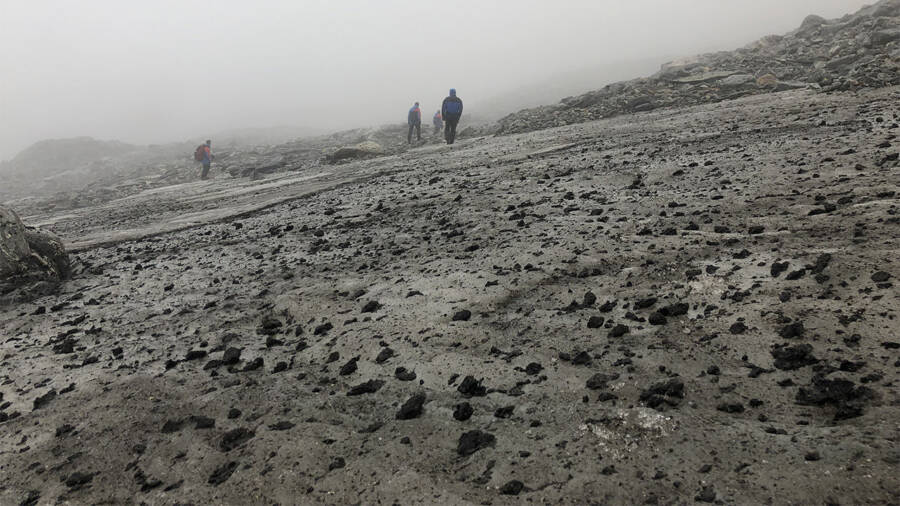 The Lendbreen ice patch in Norway’s Jotunheim Mountains is so remote that it’s only accessible by professional mountain bikers or a helicopter ride.

This wasn’t always the case, however, as a new study on recovered ancient artifacts showed it was once an extremely busy route of Viking Age traffic.

According to Smithsonian, the historic spot is about 200 miles northwest of Oslo.

In the summer of 2011, archaeologists found horse dung dating back centuries all over the area. Warm temperatures also exposed prehistoric artifacts, such as a 1700-year-old tunic, out of the melting ice.

While it was a remarkable find — the oldest piece of clothing ever unearthed in Norway — the ice has only continued to melt. A new study published in the Antiquity journal detailed all the finds this thaw has yielded: more than 1,000 additional ancient artifacts. 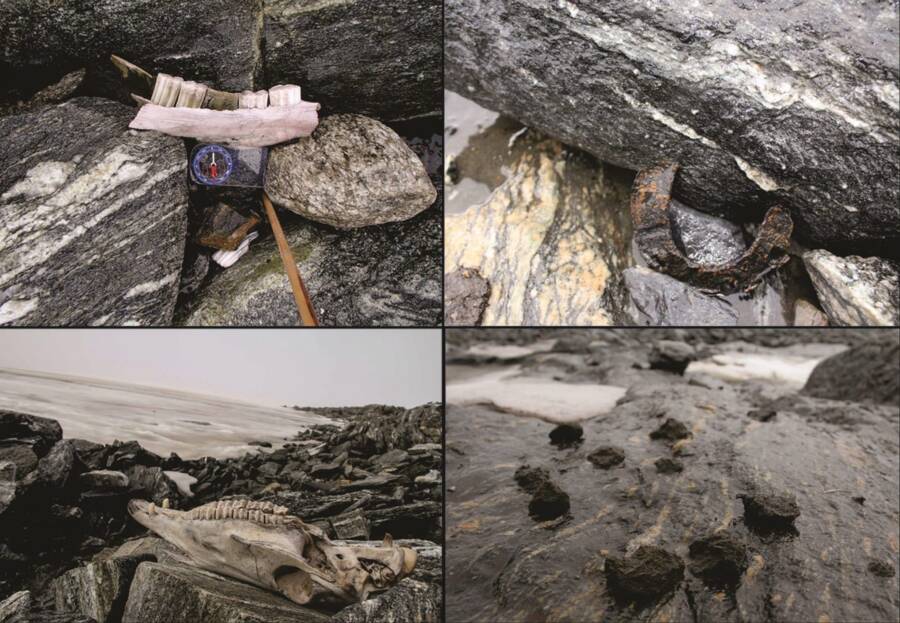 According to Science, the collected items were retrieved between 2011 and 2015 and date back to the Bronze Age between 1750 B.C. and 300 A.D. The oldest are largely hunting-related, such as arrows likely used to kill deer. The rest range from wool clothing and leather shoes to sled fragments.

Lars Holger Pilø, who led the new research and serves as co-director of the Glacier Archaeology Program in Norway’s Innlandet County carbon-dated 60 of the recovered items. It was this analysis that confirmed the pass was used from the Roman Iron Age all the way through the Middle Ages.

At the time, while the Roman Empire didn’t extend to what is now Norway, it did have enormous influence in Northern Europe. The Lendbreen ice patch was unlike most others which were used for hunting and was instead a hub for travel and trading.

Merchants, sheepherders, and farmers would cross the 6,300-foot-tall Lomseggen mountain ridge to get to summer pastures and trading posts. Lendbreen hasn’t just provided the most archaeological finds of any ice patch in the region — but possibly the world.

“A lost mountain pass melting out of the ice is a dream discovery for us glacial archaeologists,” Pilø said.

“The preservation of the objects emerging from the ice is just stunning,” said Espen Finstad, co-author and co-director of the Glacier Archaeology program. “It is like they were lost a short time ago, not centuries or millennia ago.” 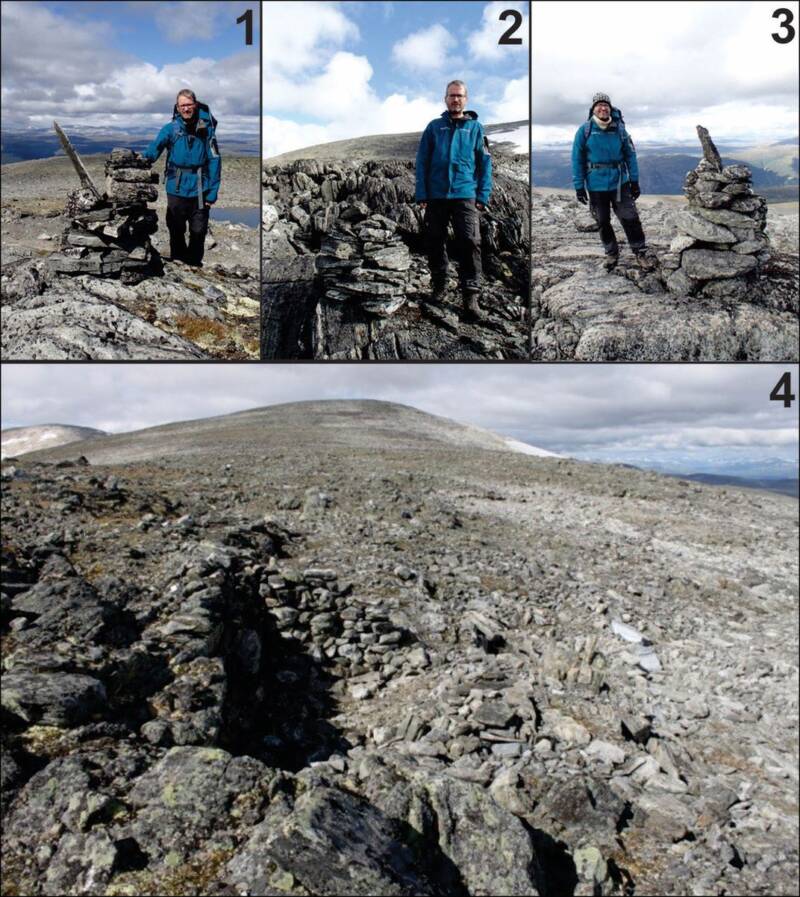 Antiquity JournalLars Pilø with the ruins of a cairn along the Lendbreen trail.

“This pass was at its busiest during the Viking Age around 1000 A.D., a time of high mobility and growing trade across Scandinavia and Europe,” said co-author and archaeologist at the University of Cambridge, James Barrett.

“This remarkable peak in use shows just how connected even a very remote location was to wider economic and demographic happenings,” added Barrett.

To his point, this new evidence heavily indicates that a lost Viking trade route has been right under our noses for centuries — one where everything from reindeer antlers to butter was traded and transported to markets all over Europe.

“The Viking Age is one of small-scale globalization: They’re sourcing raw materials from all over,” explained Søren Michael Sindbæk, archaeologist at Aarhus University in Denmark. “This is the first site where we have good chronology and the finds illustrate that.”

Pilø explained that the Lendbreen route even contained the ruins of a shelter and that the scarcity of finds in other passes suggests this was likely the most trafficked of them all. He and his peers believe it was also used to travel from permanent farms in the valleys to summer farms above the ridge.

He added that the preservation of organic materials made this pass “a completely new ballgame compared to normal mountain passes without ice where only a few metal objects remain from the traffic.” 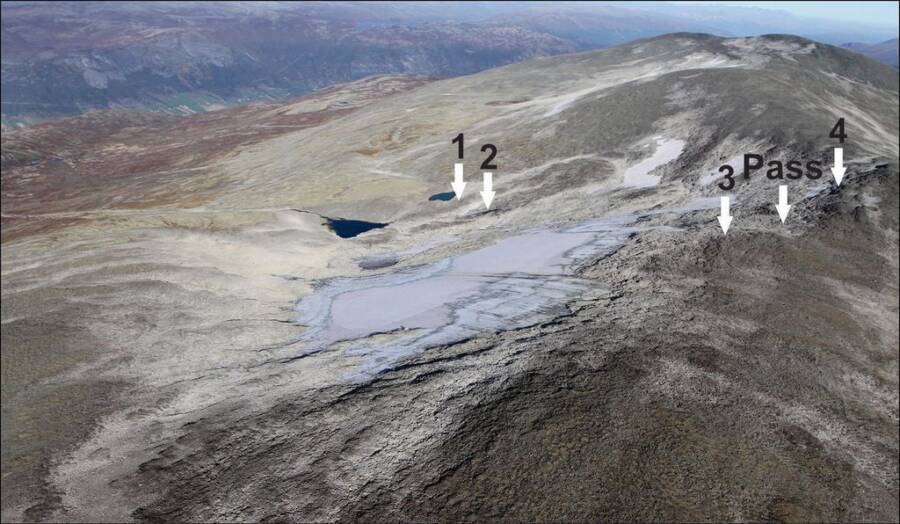 “This study is one of the first ice-patch archaeology studies to explore the role of mountain passes in travel over long time scales,” said William Taylor, curator of archaeology at the University of Colorado’s Museum of Natural History.

“It is fascinating to see direct evidence for the emergence and re-emergence of mountain travel routes — not as an abstract concept, but as a tangible archaeological phenomenon demonstrated by horse dung, horse bones and the objects dropped by travelers engaged in important pastoral work.”

Perhaps most ominously, the amount of discovered and dated items sharply declined around 1400 A.D. This drop coincided directly with the Black Death in Norway and with the centuries-long Little Ice Age plaguing the region from 1300 A.D. forward.

“There were also other subsequent pandemics in the late medieval period making the situation even worse,” said Pilø. “This obviously had a great influence on local settlement and economy, and thus mountain traffic, which dwindled, both long-distance and to the local summer farms.”

While Pilø and his team scoured an area measuring 35 football fields — the largest archaeological survey of a glacier in history — their work has come to an abrupt end. The current COVID-19 pandemic has put a halt to further exploration.