The Chilling Disappearance And Murder Of Sierra LaMar

A popular 15-year-old cheerleader from Morgan Hill, California, Sierra LaMar was kidnapped and killed in 2012 — and her body has never been found. 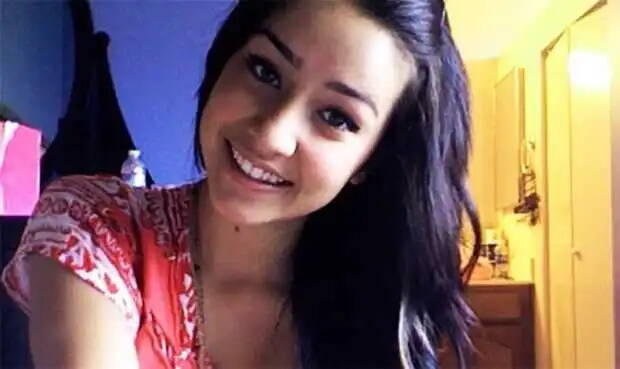 LaMar FamilySierra LaMar was 15 when she vanished on her way to school in 2012.

One morning in 2012, a 15-year-old Morgan Hill, California, girl named Sierra Lamar walked to her school bus stop, then apparently disappeared off the face of the Earth.

When LaMar’s discarded cellphone was found the following day, the local sheriff’s department still considered her a missing person, dismissing any foul play. As more items of the teenager appeared the next day, concern spread of something more sinister throughout the affluent community on the southern end of the San Francisco Bay area.

Traces of LaMar emerged, but never the missing girl herself. With her family clinging to hope, and hundreds of persons searching for LaMar, the police finally arrested and convicted her abductor and murderer. As more time passed LaMar’s family were forced to face the horrific fact, that her body or remains would never be found. 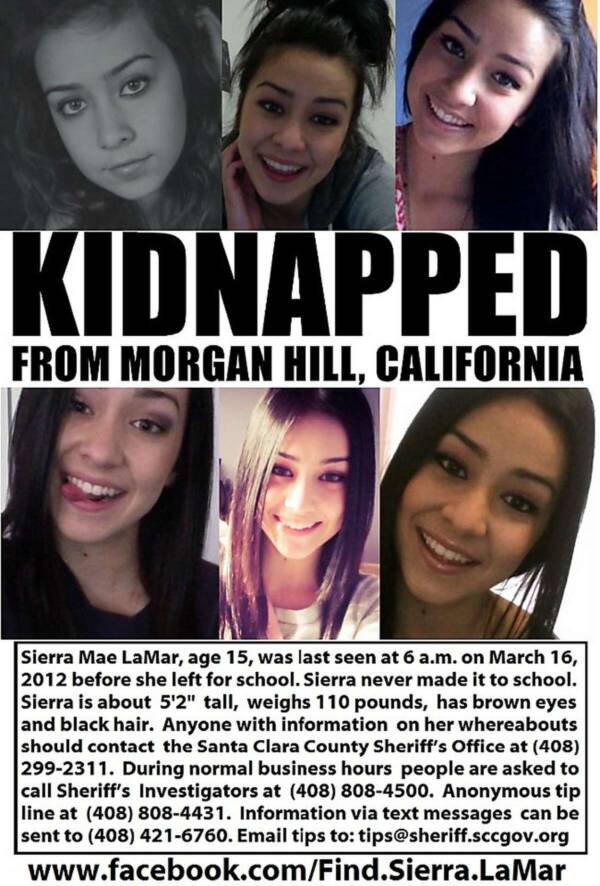 Sierra Mae LaMar was born on Oct. 19, 1996, in Fremont California. LaMar had recently moved to nearby Morgan Hill, living with her mother and her boyfriend while her father remained in Fremont. Despite only enrolling that year, LaMar was a well-liked, friendly, and popular 15-year-old at Ann Sobrata High School in Morgan Hill, with a unique ability to make people laugh.

When Sierra LaMar never made it to her high school on the morning of March 16, 2012, the school’s automated attendance reporting system logged her as absent. It wasn’t until 6 p.m. that evening that her mother was notified of LaMar’s absence by automated email.

Unfortunately, crucial hours had already been lost when LaMar was reported missing. While the shocking news rippled throughout the school, LaMar’s English teacher kept her desk empty for the rest of the school year.

At this stage, the Santa Clara County Sheriff’s Office considered LaMar a standard missing person. “There is no evidence of foul play,” Sheriff’s spokesman Jose Cardoza said, according to NBC News. However, suspicious evidence to the contrary was found over the next the two days.

On March 17, at an intersection in Morgan Hill around two miles from her home, LaMar’s cellphone was found intact near the roadway, as if thrown from a vehicle. The next day, two intersections away, a pink “Juicy” brand purse belonging to LaMar was found, stuffed with neatly folded clothing including a pair of jeans, and a shirt. The purse was once again found discarded on the side of the road.

In the days after LaMar’s disappearance and the initial police search, a huge voluntary search began organized by the Nonprofit Klaaskids Foundation. The rugged area around LaMar’s home and the bus stop she was heading toward, was secluded and challenging. It included fields, hills, reservoirs, woods, ravines, and thick brush. The search bar was raised with the focus shifted to searching for any evidence indicating a crime.

When searchers came upon used condoms near a small box labelled “stainless steel handcuffs” in a dead-end road, the Sheriff’s office attributed the find to local teenage behavior. The items were found where teens liked to park and hang out, SanBenito.com reported, but would be submitted to the crime lab for further testing.

With Lamar failing to turn up, her disappearance indicated a more alarming sign, and the investigation shifted to an “involuntary missing person” under the umbrella of a kidnapping or abduction. LaMar’s father, a registered sex offender, was ruled out as a person of interest at this stage.

Investigators saw nothing in LaMar’s home life to indicate she would voluntarily run away. Forensic examination of her phone and personal computer hadn’t revealed anything useful, still investigators set out to make every registered sex offender in the area account for their whereabouts at the time of LaMar’s disappearance. By March 28, 2012, a man driving a bright red Volkswagen Jetta appeared on investigators’ radar.

Investigators Nab A Suspect In Her Disappearance 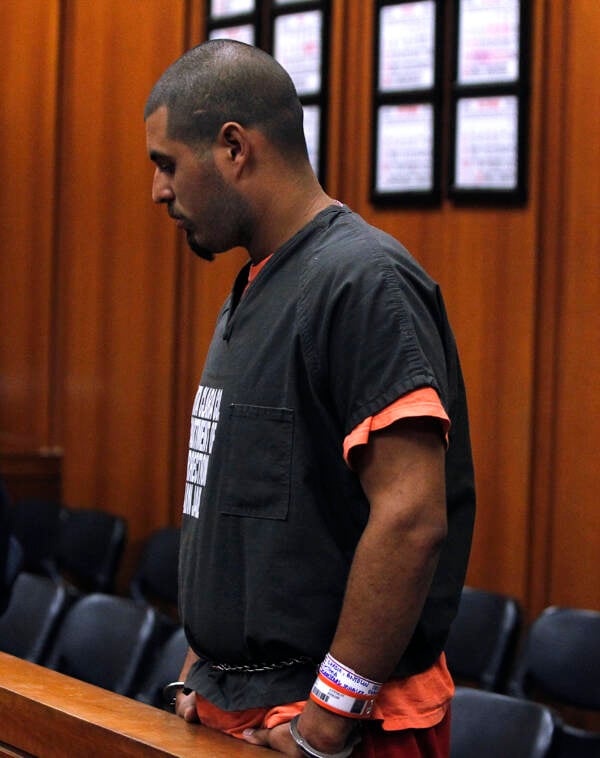 Garcia-Torres drove a red VW Jetta and worked at a Safeway grocery store, living in an RV park around 7 miles from LaMar’s home with his then pregnant girlfriend and his mother. He was placed under 24-hour surveillance by multiple agencies as they watched his every move.

In 2009, three different women suffered attempted assault and potential abduction, from the parking lots of Morgan Hill Safeway stores. A man had approached the women at night as they were entering their parked vehicles, or while they were sitting in their cars preparing to drive away. The suspect used a stun gun to subdue one of the women entering her vehicle through the rear passenger door.

In another, an 18-year-old woman grabbed a pocketknife to try to defend herself, when he entered her car. The man had grabbed her hand holding the knife and placed it close to her throat according to The Gilroy Dispatch. Fortunately, the suspect was frightened away on all three occassions by the victims screams or passersby.

LaMar’s disappearance was featured on an episode of America’s Most Wanted, and on May 21, after two months of round-the-clock surveillance, sheriffs’ deputies arrested Garcia-Torres for the kidnapping and murder of Sierra LaMar.

His red VW Jetta was seen on surveillance cameras on the morning of LaMar’s disappearance, near to the area she was in, and had been seized by officer’s weeks before. LaMar’s DNA was present on an inside door handle, and a single strand of her hair was caught within a rope in the trunk. Despite the absence of her body, a crime scene, or murder weapon, prosecutors sought the death penalty. 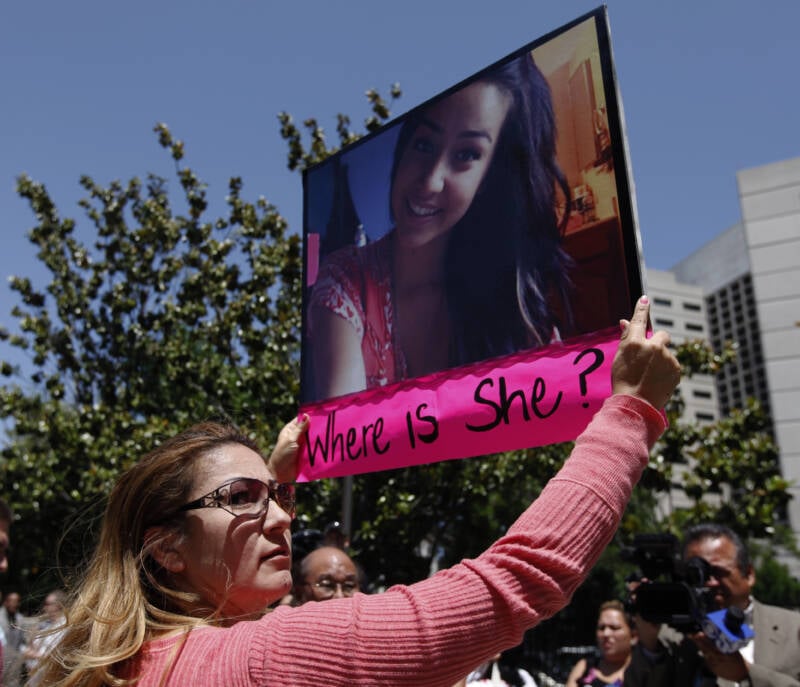 Paul Chinn/The San Francisco Chronicle via Getty ImagesA friend of the LaMar family holds up a photo of her at a gathering outside Santa Clara County Superior Court in 2012.

On Saturday, March 14, 2015, LaMar’s family made the extremely difficult decision to make that day the last of searching for her. Over the previous three years, volunteers had conducted weekly searches in the hopes of recovering LaMar’s body or remains, the longest open search center in the U.S. according to ABC News.

Garcia-Torres eventually went on trial on January 30, 2017, and four months later, the jury found Garcia-Torres guilty of all counts. The kidnapping and murder of Sierra LaMar, as well as the attempted assaults on the three women in Safeway parking lots.

Although none of the women had picked him out of a police lineup, Garcia-Torres had dropped the stun gun in one assault, and a fingerprint on the battery matched to him. Despite LaMar’s mother’s stoic attempts to have Garcia-Torres reveal her daughter’s body, “You could end this and repent, and tell us where she is.” “What if she was your child?” Garcia-Torres remained silent.

The jury rejected the death penalty and sentenced Garcia-Torres to life without the possibility of parole. In December 2020 Garcia-Torres refused to divulge any information about the whereabouts of LaMar in response to a reporter’s handwritten letter. Sierra LaMar’s family have never held a funeral service for her. “It didn’t make sense without her body,” her father said.

After learning about Sierra LaMar, read about more baffling cases, including the strange disappearance of Rebecca Coriam aboard a Disney cruise ship or Leigh Occhi’s unsolved case.