A Look at the World’s Silliest Military Uniforms

Free from the shackles of being functional, formal military dress tends to dabble--and occasionally get lost in--whimsy.

Military battle dress is generally similar all over the world, since the physical demands of hard marching, concealment, and having lots of pockets are the same whether you’re the vicious oppressor or the noble freedom fighter.

Formal uniforms, however, are free of the utilitarian requirements of crawling and getting shot at, so designers have traditionally felt free to liberate every silly flourish in their arsenal when designing a parade kit:

Begin as you mean to continue: This man is a member of the Swiss Guard, which acts as the official palace guard of Vatican City. People who wish to join the guard (like anybody wouldn't!) must be male (of course), Catholic (duh), and willing to learn Italian. It is simply assumed that they will be adorable. Source: Reddit 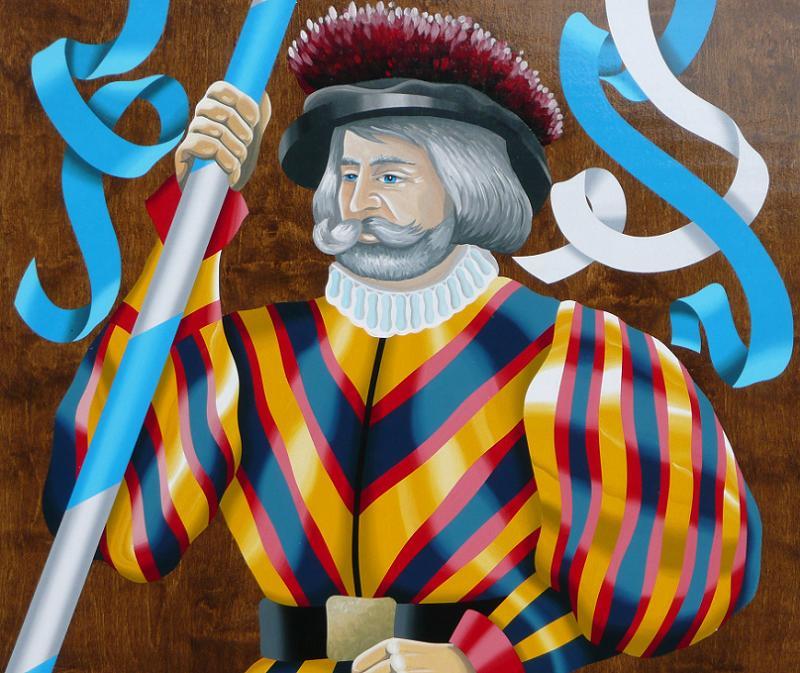 The Guard has been patrolling the Vatican since 1506. In all that time, they haven't updated their uniforms or weaponry, though facial hair like this is clearly a lost art. Source: Diccon Bewes 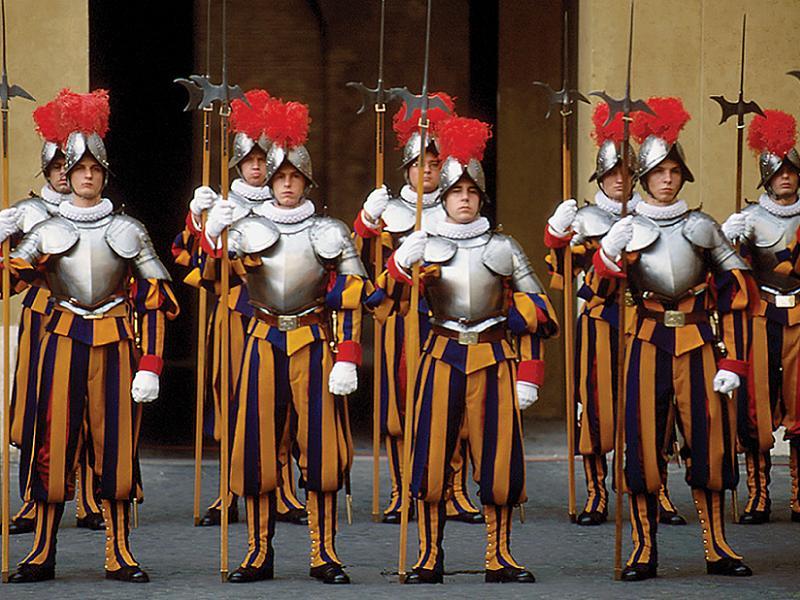 This is possibly the last thing hundreds of thousands of Aztecs ever saw. A wall of tough, determined men dressed in motley and bristling with pikes—God clearly has a sense of humor. Source: Daily Stormer 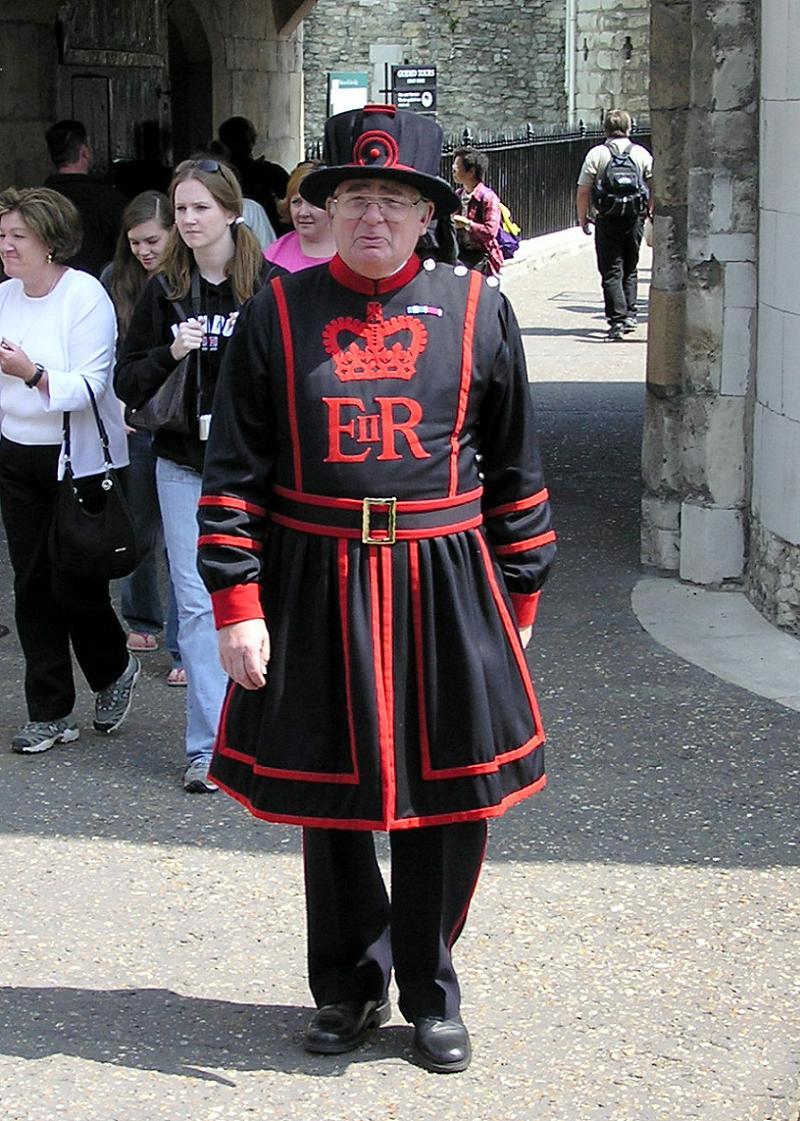 Just in case there are some Protestants in the audience who enjoyed a good chuckle at the Swiss Guard, here's the Anglican counterpart to that. This is the uniform of Her Majesty's Right Honourable Yeoman Warders of the Royal Tower of ye Olde London. Source: The Miniatures Page 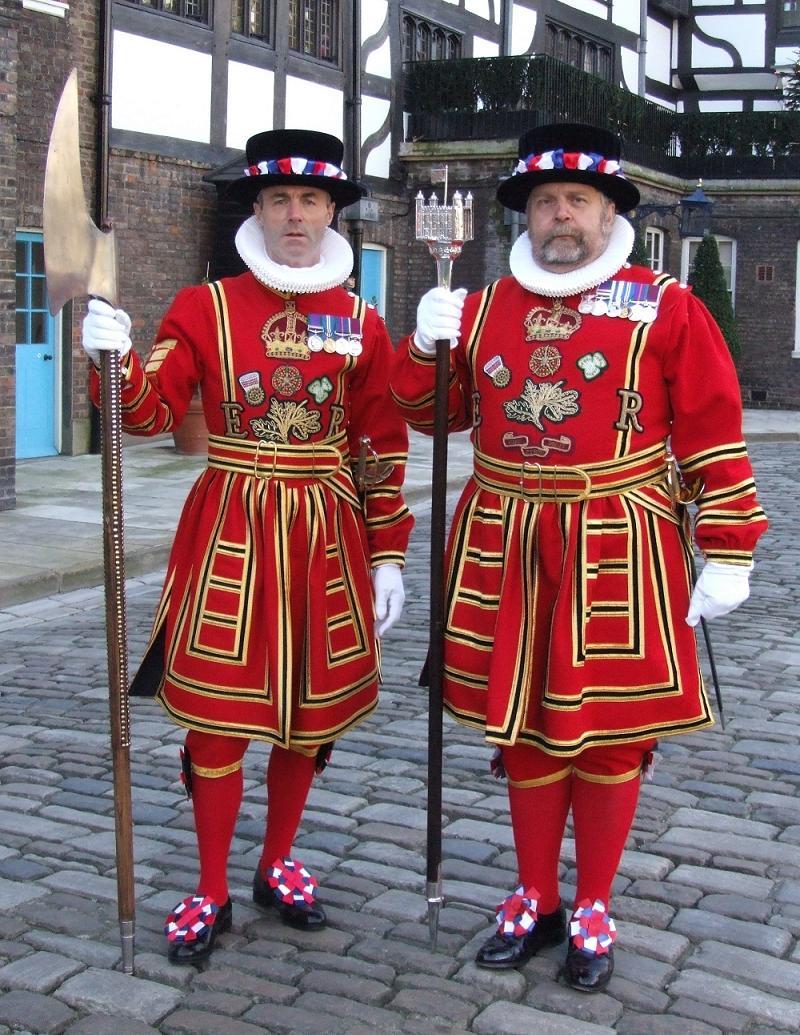 We laugh, but the "Beefeaters" are dead serious. They are fully operational members of the British Army, which is the one that conquered a quarter of the Earth, and the Queen's Guard is made up mostly of seasoned veterans. These men have largely ceremonial duties, but they absolutely will kill you with piano wire if the need is felt. Do not touch their hats. Source: Yeomen Of The Guard 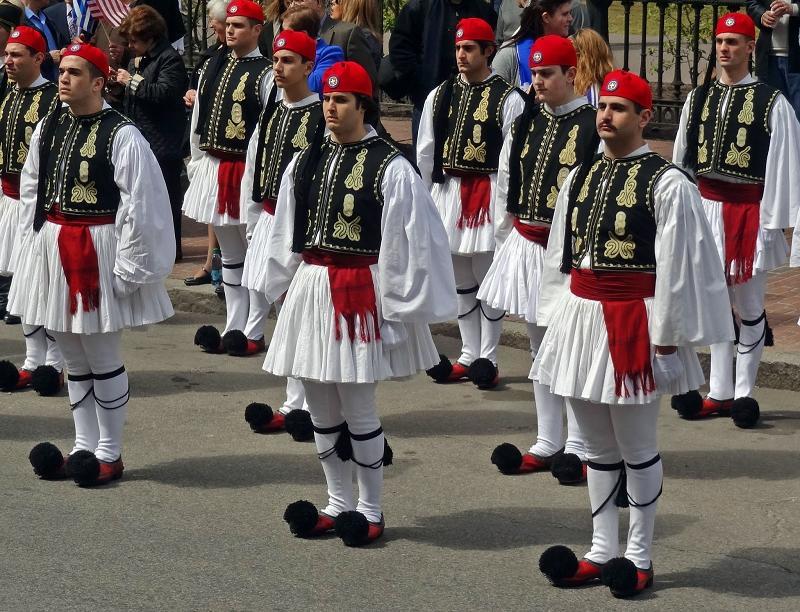 No tour of silly uniforms is really credible without a look at Greek parade dress. This is the uniform of the Evzones, which is one of those "smart" regiments which were all the rage back in the 1830s. Source: Reddit 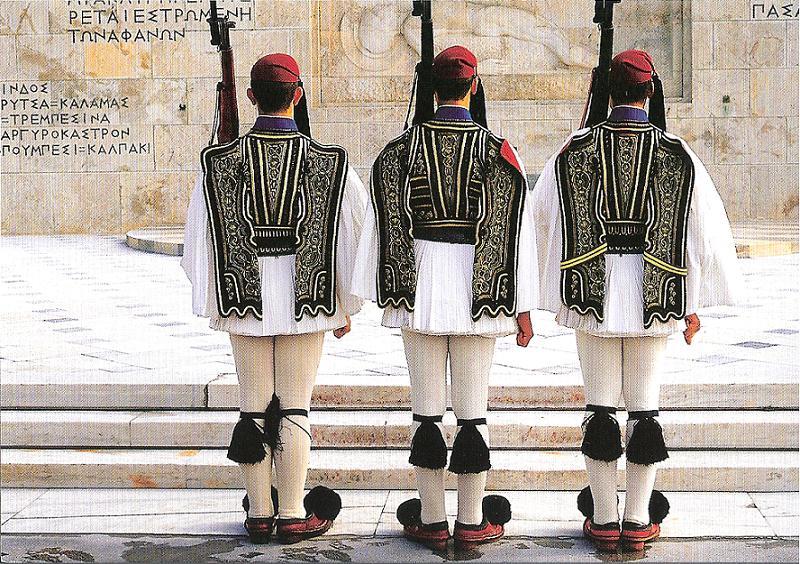 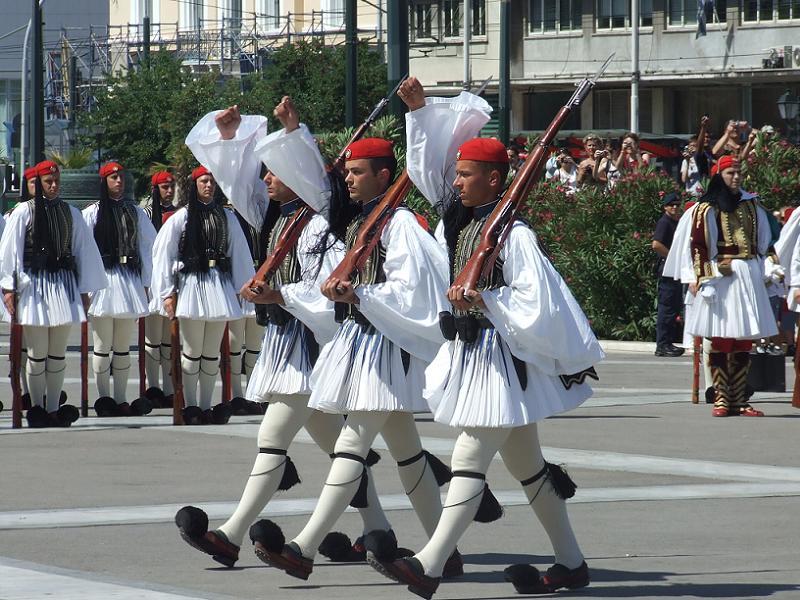 Don't let those adorable poofy balls on their shoes fool you—every inch of these men's uniforms screams murder at Greece's enemies. Evzones are an elite unit with a 6-foot, 1-inch height requirement and a proud history of slaughter that's the envy of every army in the Balkans. Source: Wordpress 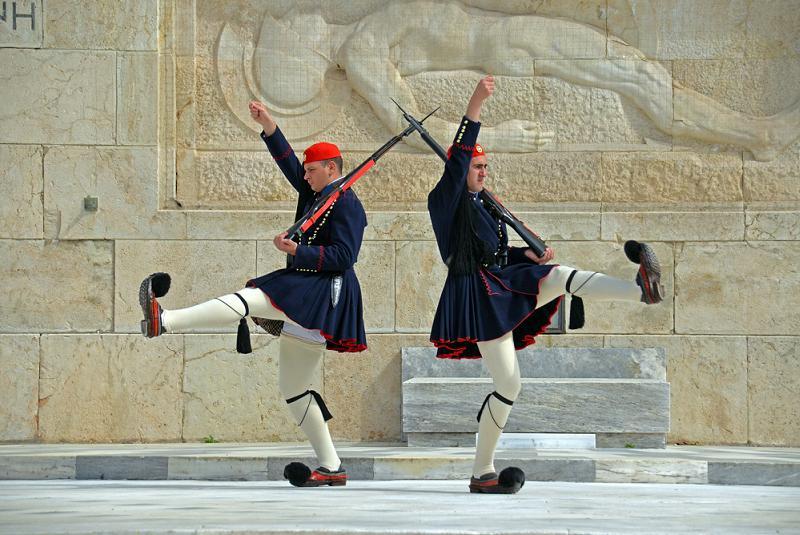 Here's how serious these guys are about holding grudges—that darling fustanella kilt of theirs has exactly 98 feet of cloth folded into exactly 400 pleats. Each pleat represents a single year of Turkish occupation. When ancient racial hatred of your country's blood enemies is literally woven into your clothes, odds are good that you're not a pushover in fights. Still: do something about those shoes, guys. Source: Colins Notes 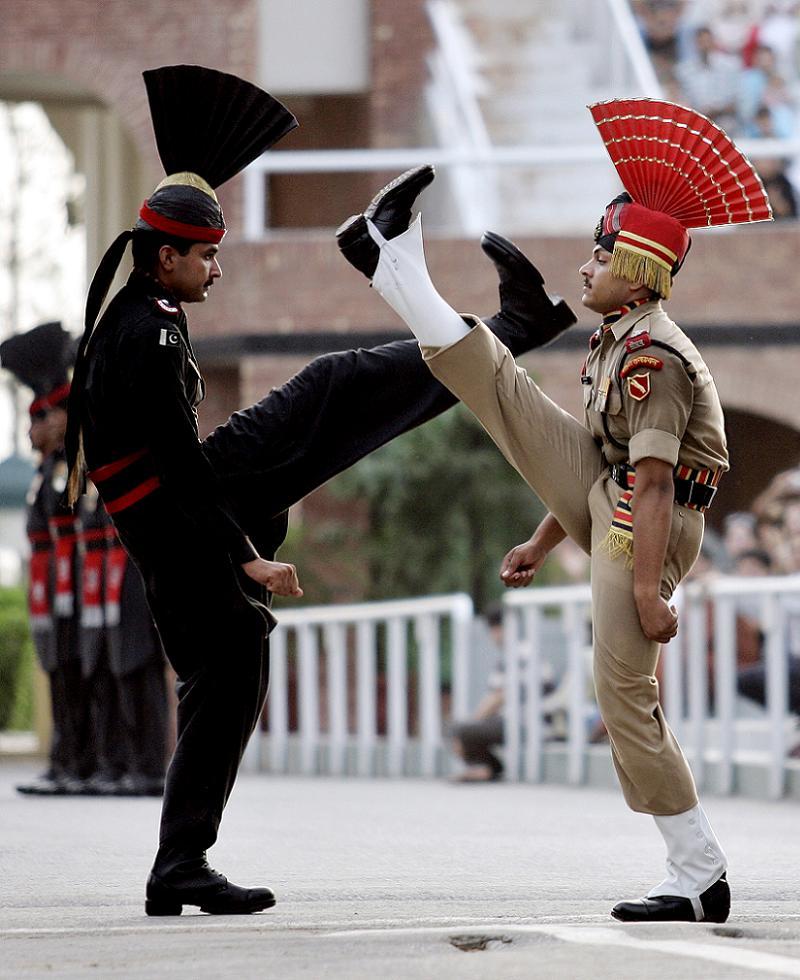 Countries can get weird at their borders. At genuinely dangerous borders, such as the Korean DMZ, soldiers tend to be dressed for a fight, which typically means field dress or formal uniforms. At borders where everybody hates each other, but there's no immediate threat of violence, both sides are allowed to swot about like angry peacocks . . . if those peacocks happened to be wearing the world's silliest hats. Here, India and Pakistan trade ceremonial F-Yous during the changing of the guard ceremony. They do this every day. 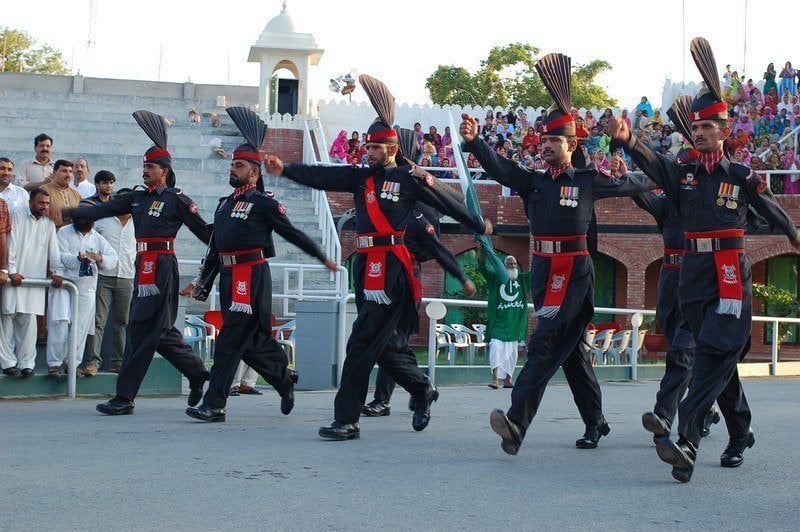 Okay, these uniforms are pretty cool. Black-and-red is always a nice way to announce "I will kill you." Source: Defence Department of Pakistan 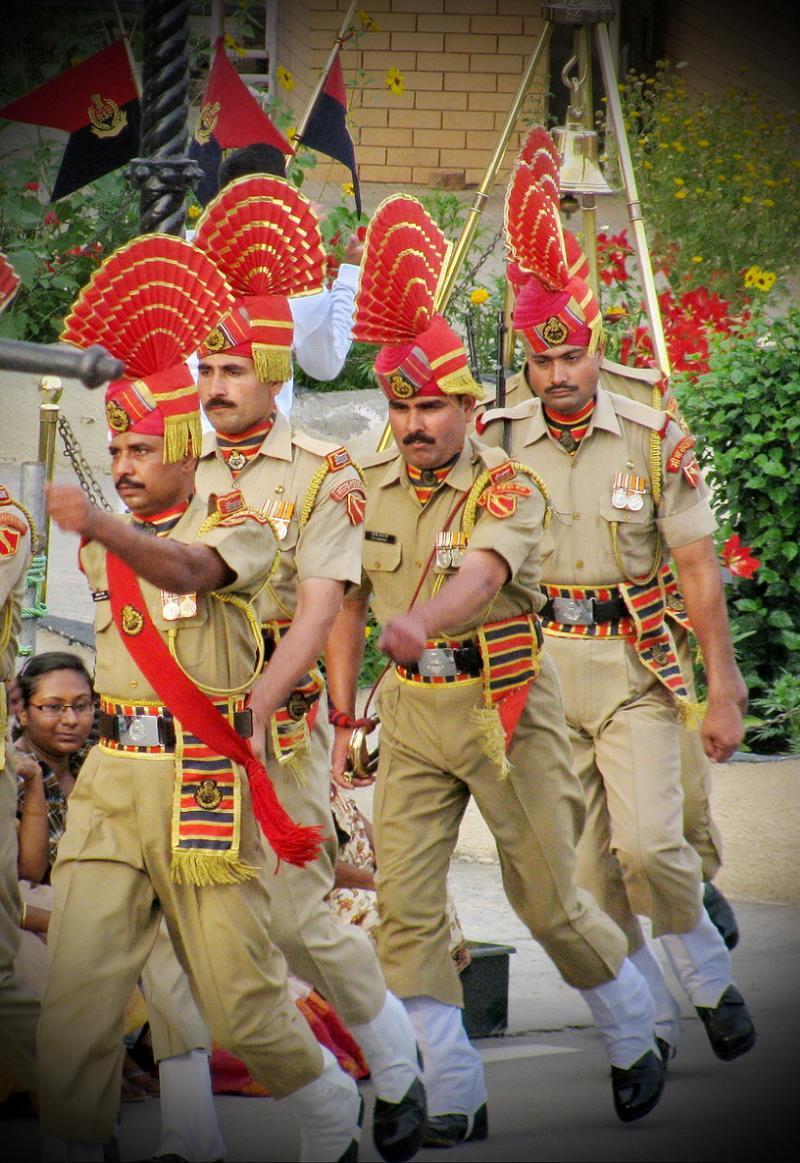 Traditional khaki is also nice. Those hats aren't getting any less ridiculous, but maybe those plain white spats can rescue the ensemble. Yeah, these are starting to look . . . Source: Adventures Of A Good Man 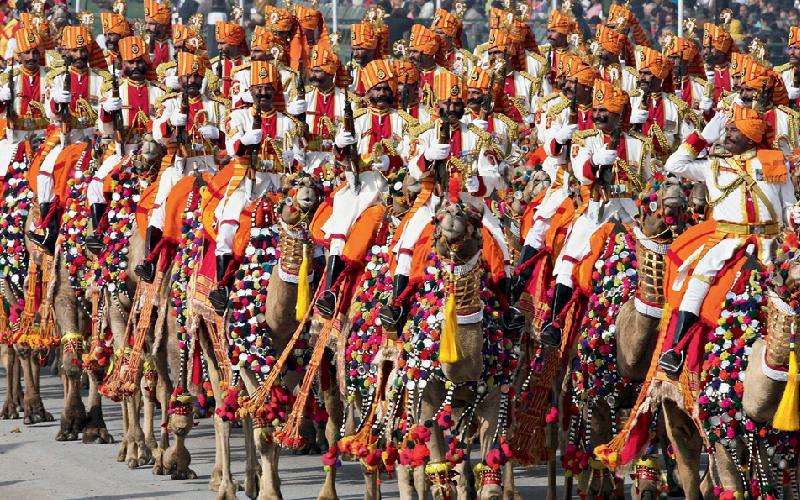 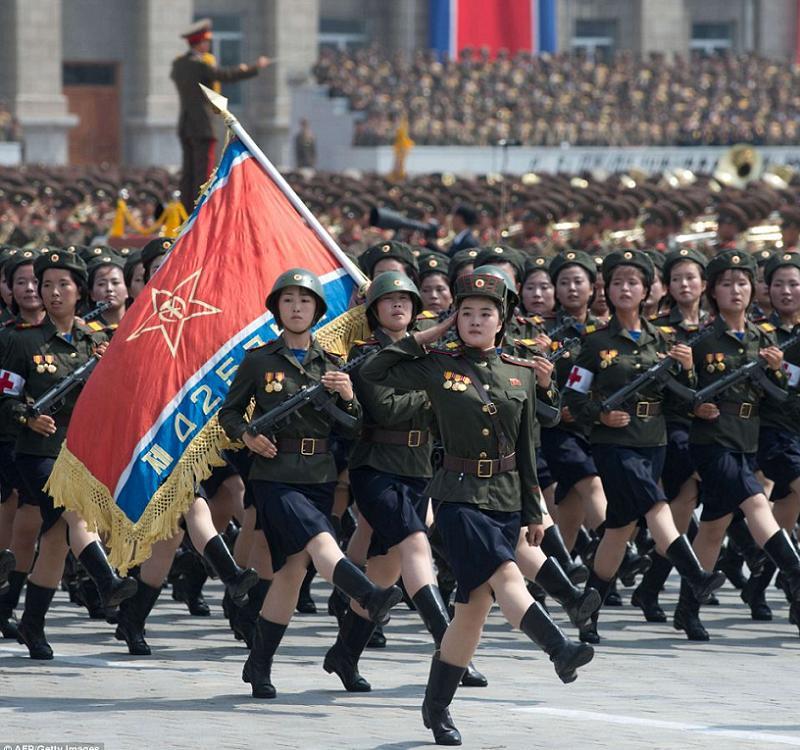 Fun Fact: When you search Google for "military uniform women asian," this is almost the only non-pornographic image that comes up. Source: The Daily Mail 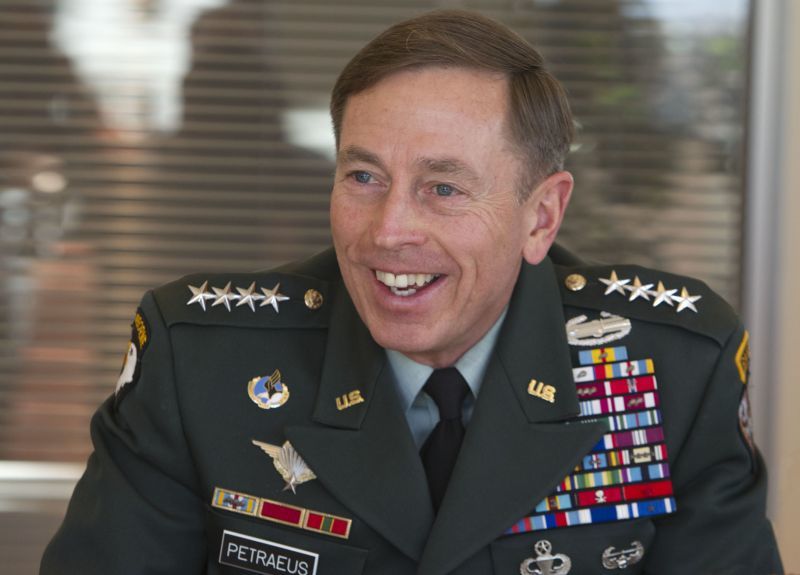 In some cases, a perfectly sensible uniform can be ruined by accessories or too many medals. How many medals is too many medals? Right around the time the ribbons run out of space and spill over onto the other side of your chest. To be fair, General Petraeus is a bearer of the Distinguished Service Medal and a Bronze Star, but in this picture he's also wearing a unit badge—for a unit he isn't assigned to anymore—plus a French parachutists' badge, Romanian Chief of Defense Honor Emblem, and something called the Polish Iraq Star. Apparently, this actually did help him with the ladies. Source: Koerber-Stiftung 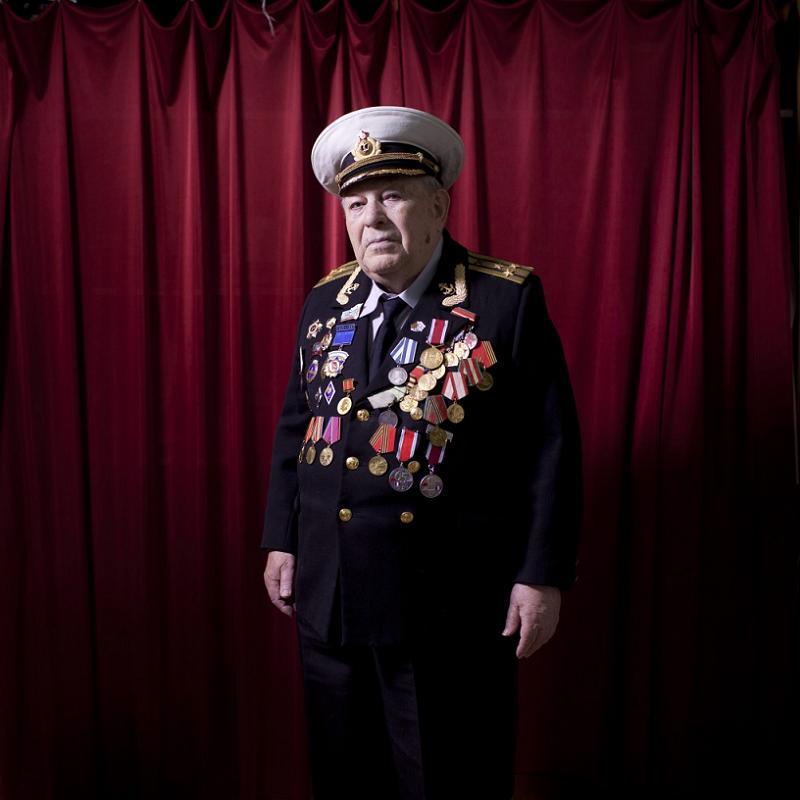 When it comes to overdoing it with the medals, nobody beats the Red Army. Come to think of it, nobody beat the Red Army at anything else, either. Source: Times Of Israel 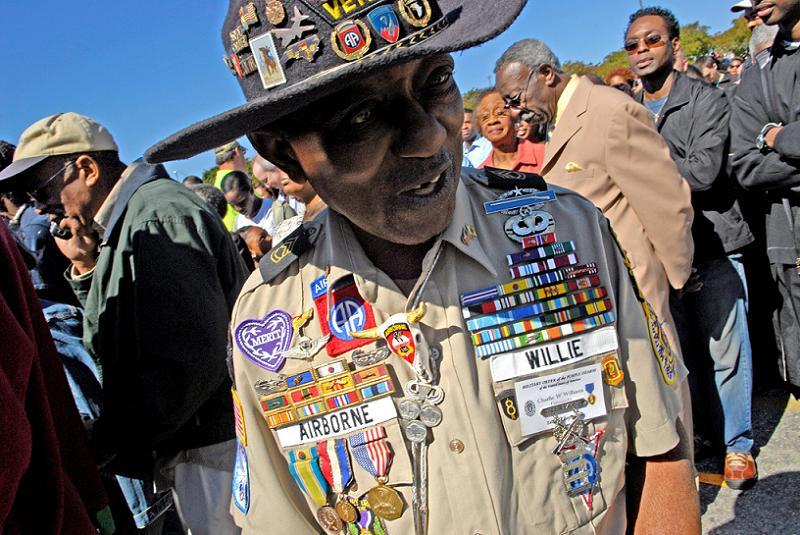 Some are born to greatness. Others have it thrust upon them. Still others buy tokens of greatness at the military-surplus store. This was briefly illegal in the United States, after Congress passed the Stolen Honor Act in response to the case of one Colorado man who was caught posing as a Medal of Honor recipient to get laid, and authorities discovered that that isn't actually illegal. The Act was overturned by a sober judiciary, which thereby gave lunatics the green light to dress like Sgt. Pepper whenever they want. If you're planning to do this, by the way, try not to go overboard like this guy. Skip the Medal of Honor and try to get by on just the Bronze Star, maybe you'll get away with it. Source: This Ain't Hell 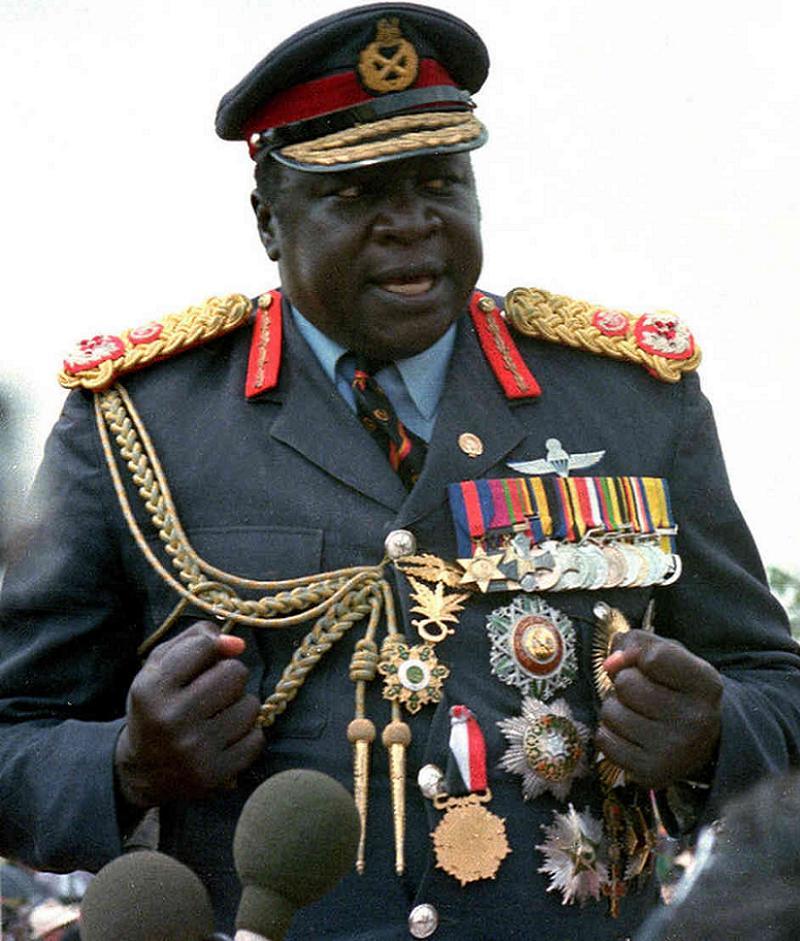 Alright, guy, we get that you're Idi Amin. Source: Gallery Hip 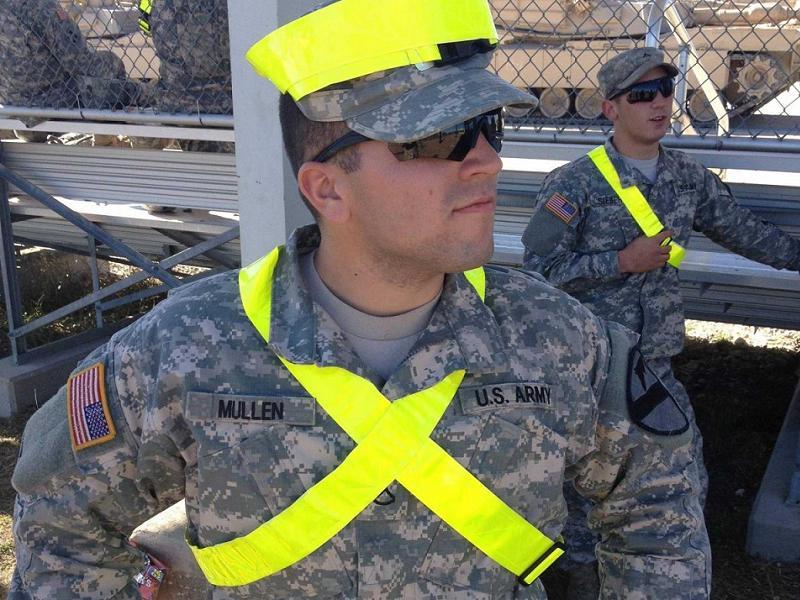 Okay—you can be hard for snipers to see, or you can be easy for drivers to see; not both. Source: Business Insider 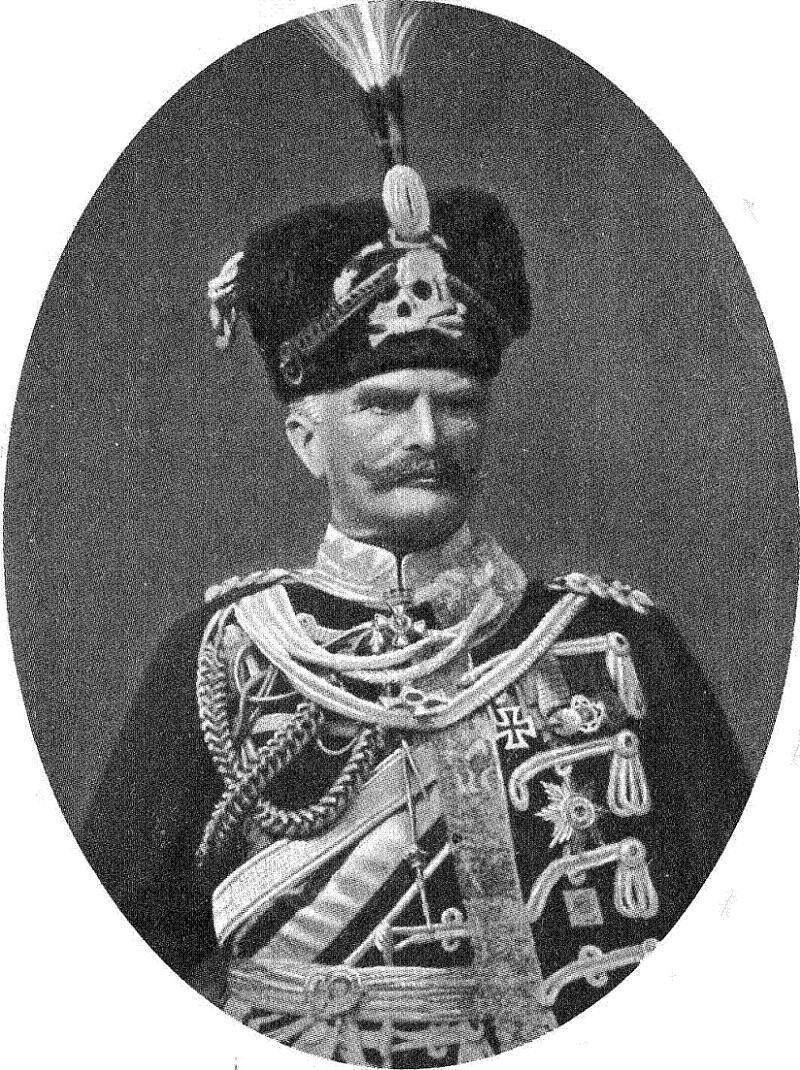 Quick note: Many of these men are dressed in costumes Pennywise the Clown would consider demeaning, but that should by no means be taken to imply anything about their fighting ability. Almost literally 100 percent of these people are able to beat you half to death if you laugh at them in person, so we have to recommend against that.