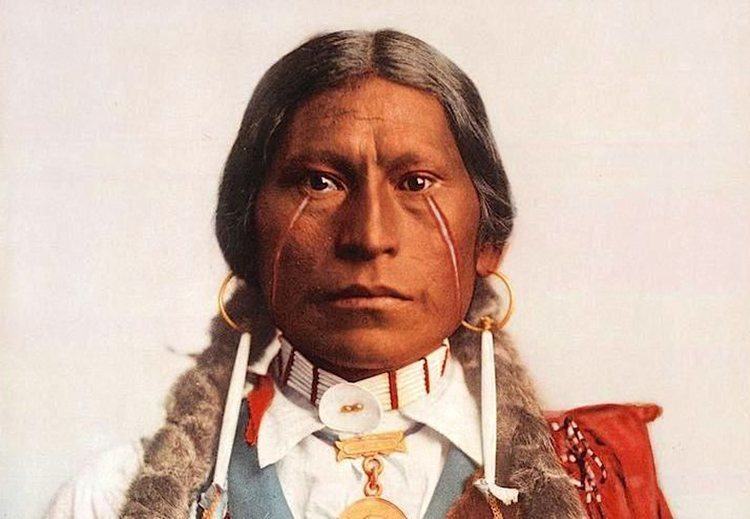 Hand-painted photographs possess a beauty all their own. Long before ‘selfies’ and even before the days of colored film (which wouldn’t truly arrive until the 1930s), people wanted to add a vibrant realism to their black and white photos. Over time, the process really grew into a true art form, and decades later the popularity of these classic images continues to grow.

While making his film Moses on the Mesa, which tells the tale of a 19th century German-Jewish immigrant who falls in love with a Native American woman and later becomes governor of her tribe in New Mexico, writer/director Paul Ratner collected these stunning hand-painted images of Native Americans. The saturated photos really highlight the richness of North America’s original inhabitants. Said Ratner:

“[the portraits] are in a way no different than historical portraits of European kings, queens and nobility. Except that not only do they show majestic regalia, but also strong, natural faces rather than the weak, powdered gazes of the often-interbred rulers from across the ocean that brought their demise.” 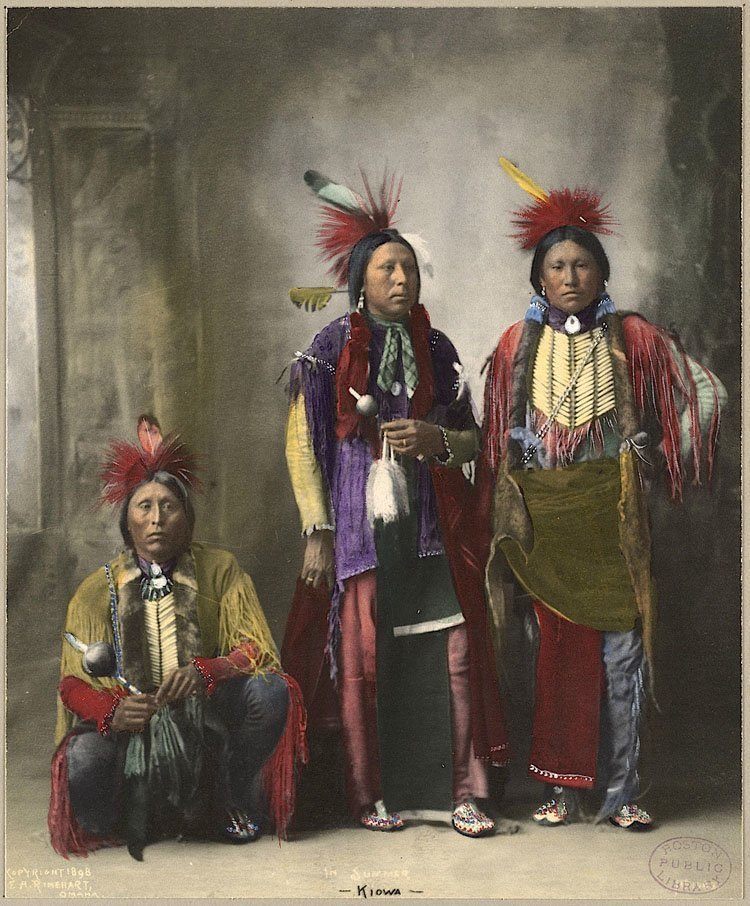 “In Summer” members of the Kiowa tribe, 1898. Photo by F.A. Rinehart, via the Boston Public Library. 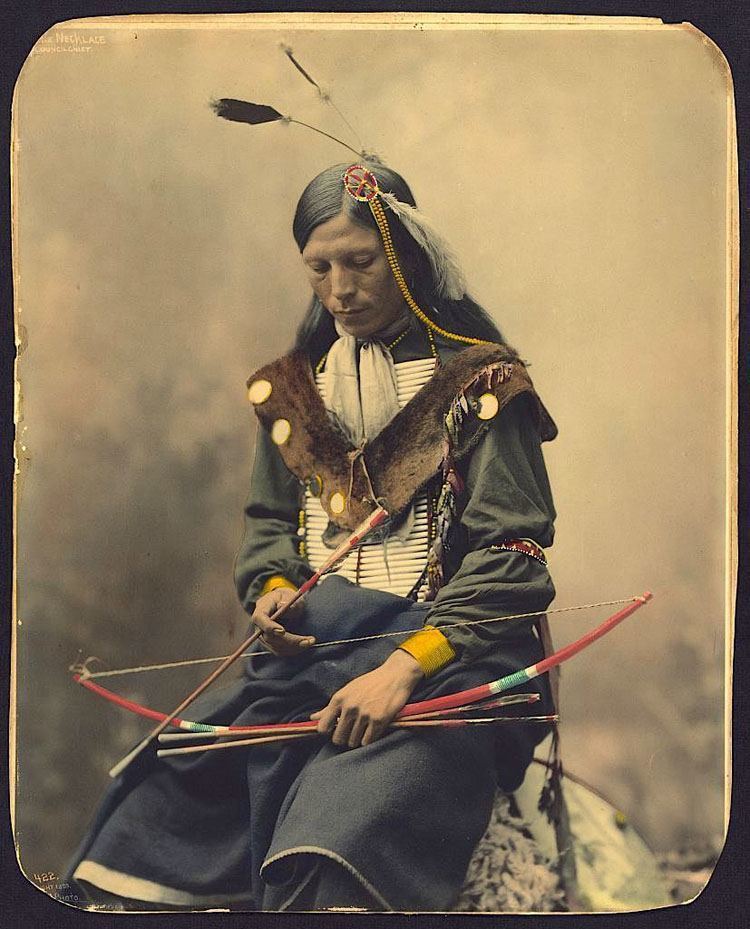 Chief Bone Necklace of the Oglala Lakota with bow and arrow, 1899. Photo by Heyn Photo, via the Library of Congress. 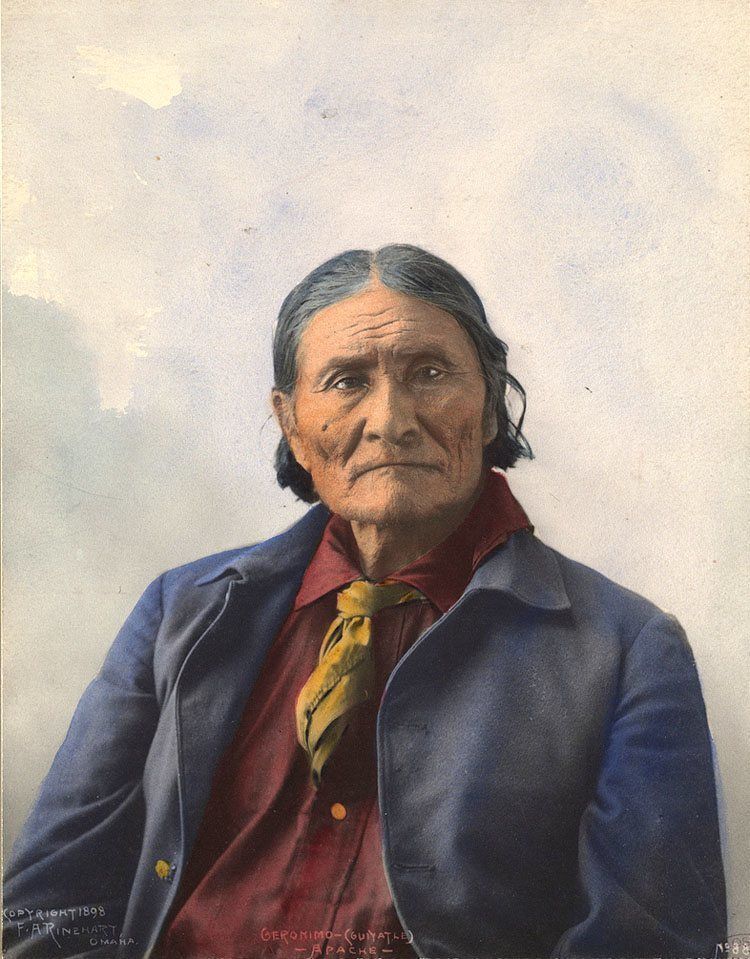 Geronimo (or Goyaałé), was a prominent leader of the Bedonkohe Apache, 1898. The name Geronimo translates to “The one who yawns.” Photo by F.A. Rinehart, via the Boston Public Library 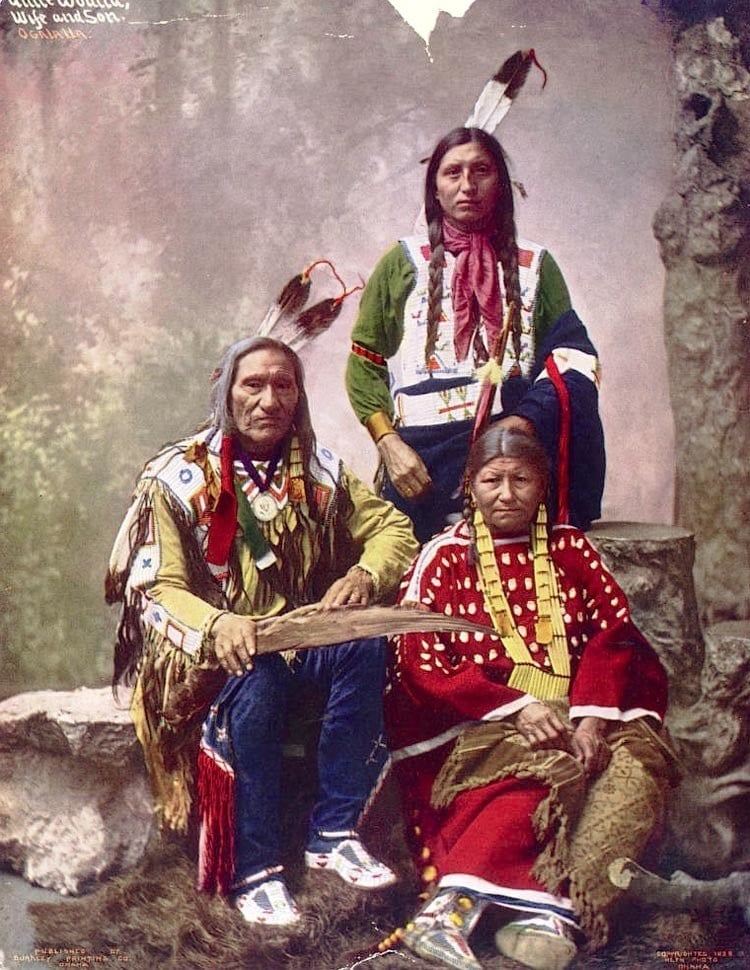 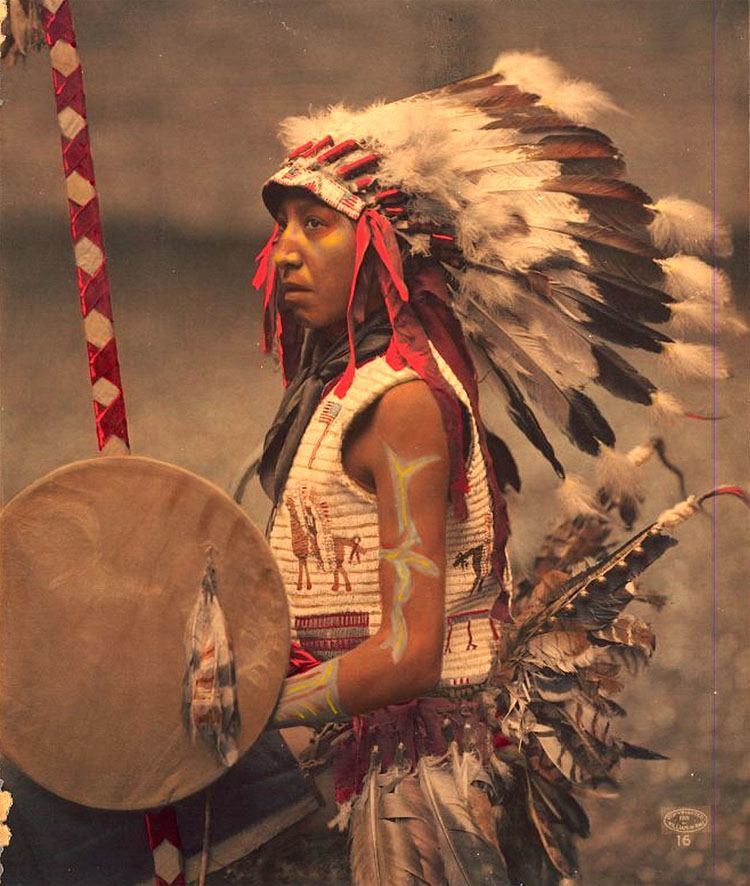 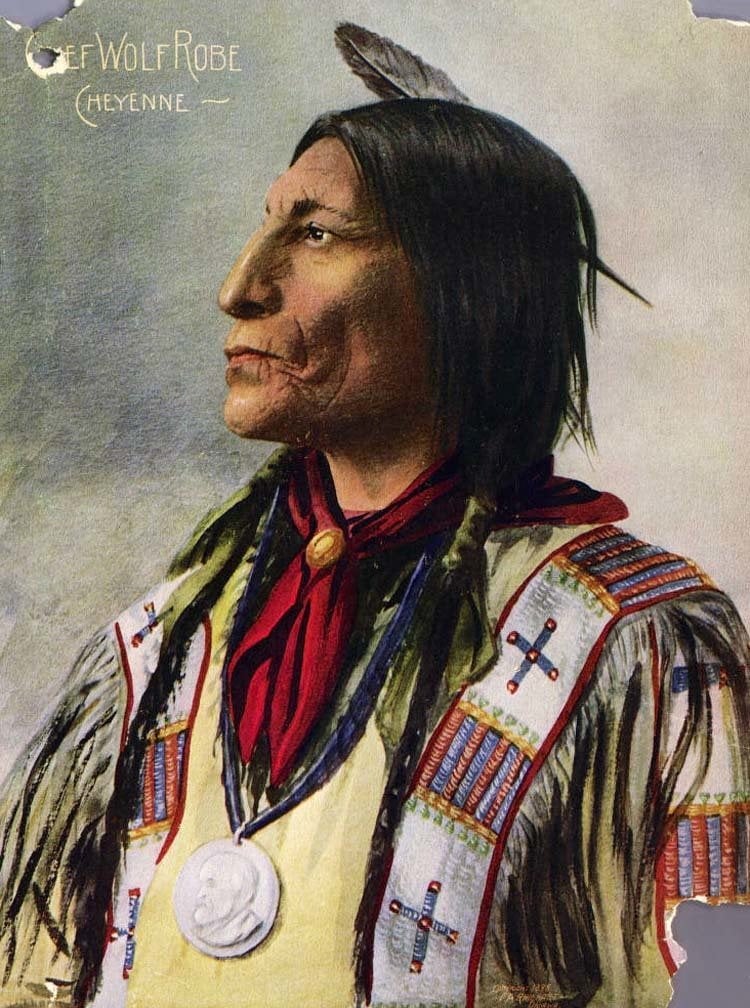 Wolf Robe, Chief of the Cheyenne, 1898. This is a color halftone reproduction from a F. A. Rinehart photograph, 1898, via the Denver Public Library Digital Collections. 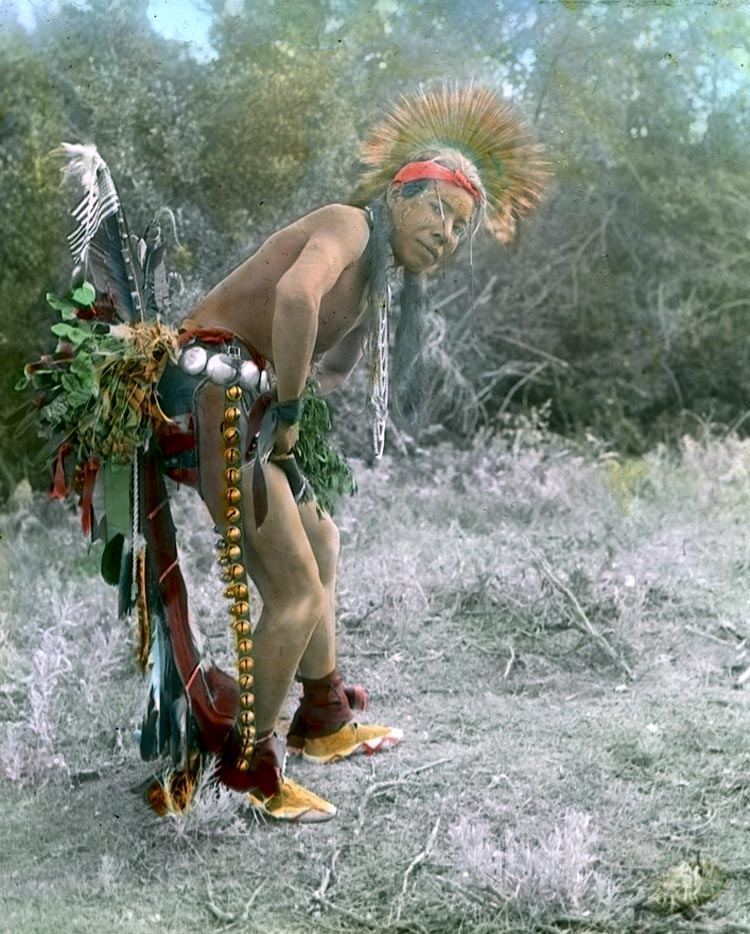 A dancer from the Crow tribe, early 1900’s. Photo by Richard Throssel, via the University of Wyoming, American Heritage Center. 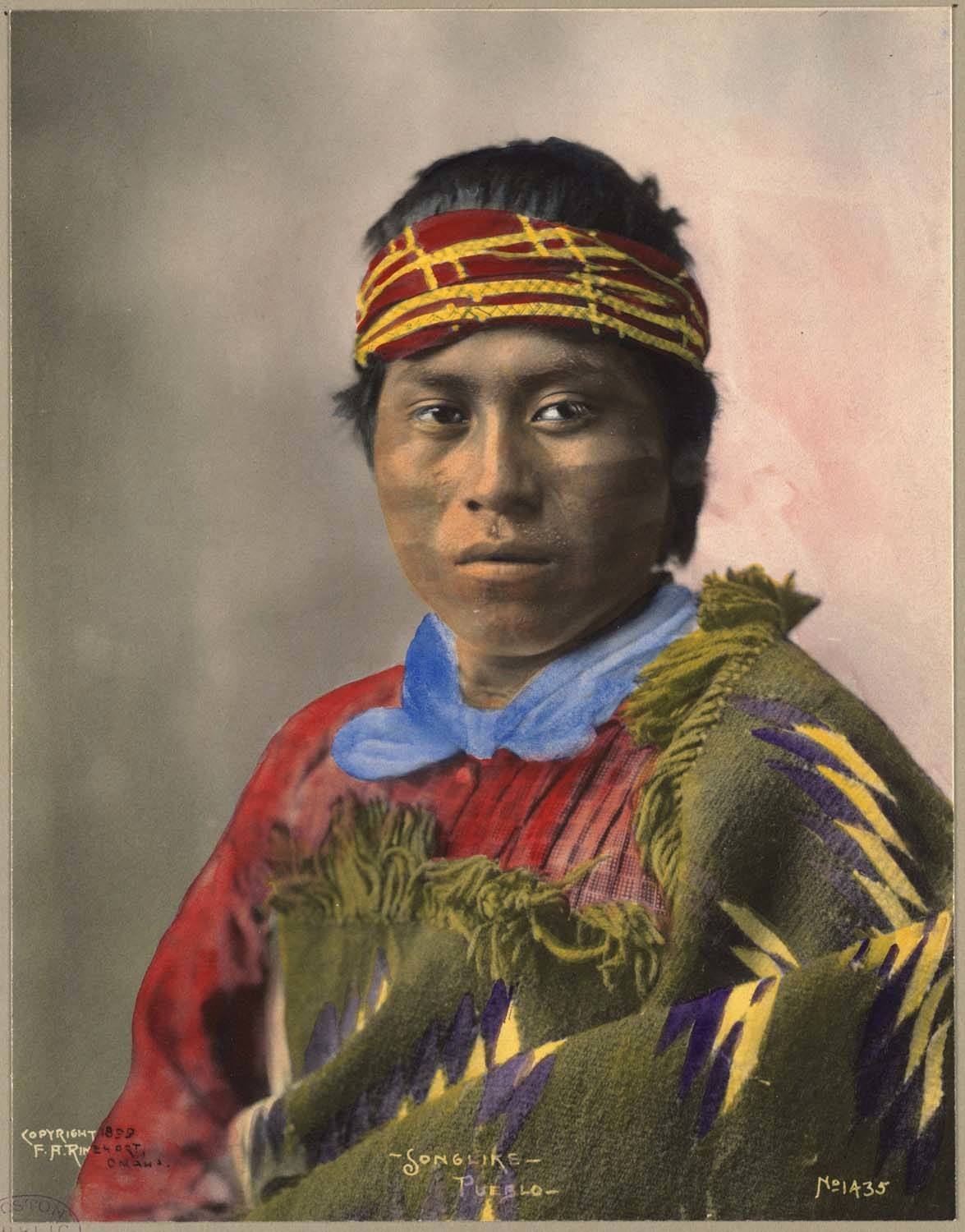 Image of a Pueblo man entitled “Songlike”, 1899. Photo by F.A. Rinehart, via the Boston Public Library. 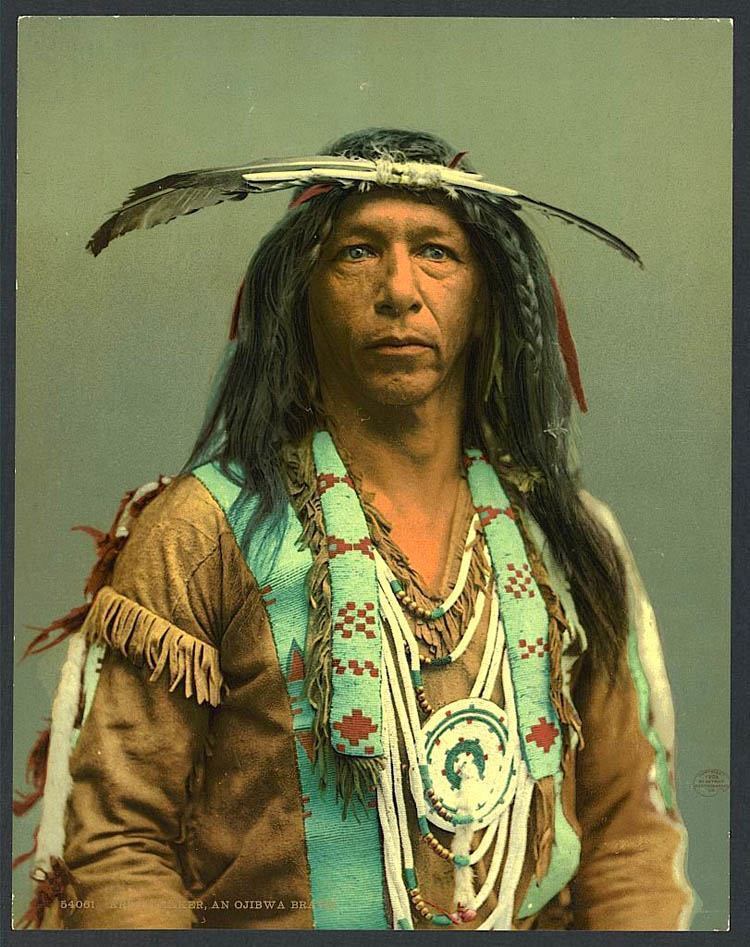 An Ojibwe man known as Arrowmaker, 1903. Photochromic print by the Detroit Photographic Company, via the Library of Congress 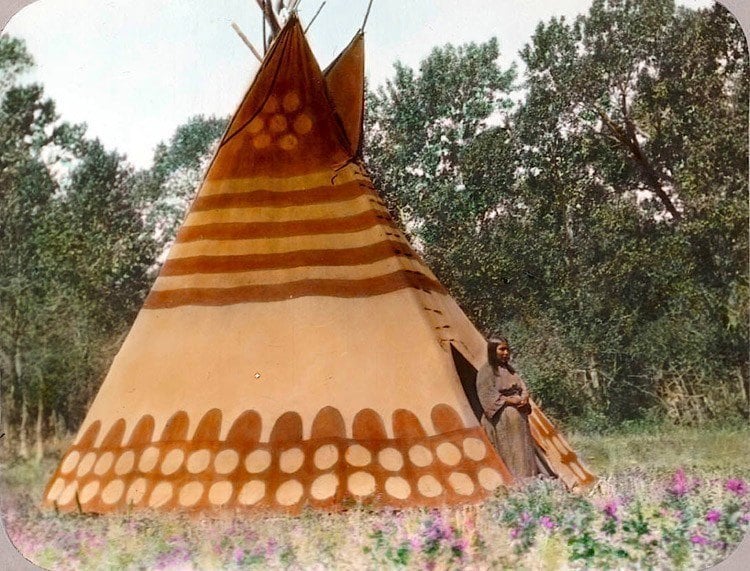 Granddaughter of Brings-Down-The-Sun of the Blackfoot tribe in front of the family’s Thunder Tipi, early 1900’s. Glass lantern slide by Walter McClintock. via the Yale Collection of Western Americana, Beinecke Rare Book and Manuscript Library.