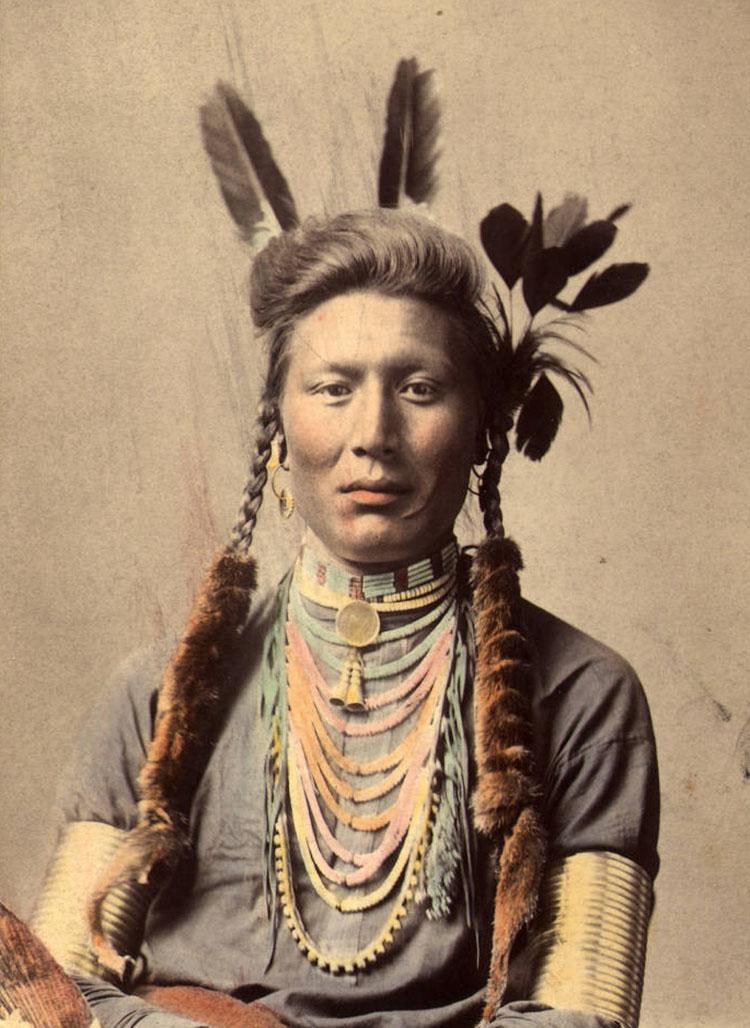 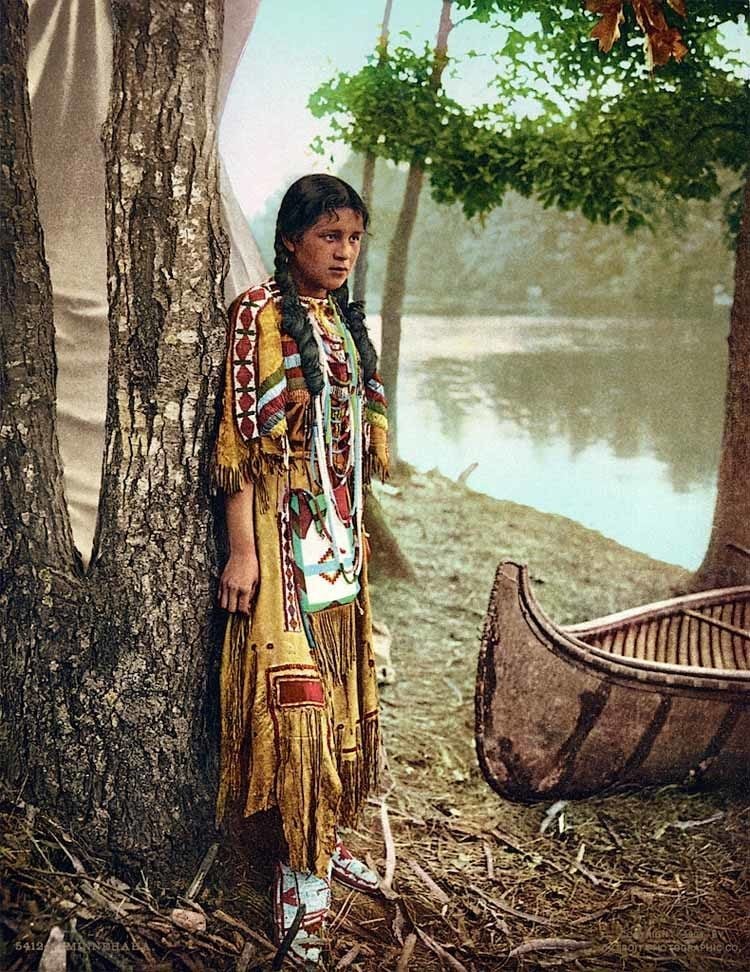 Photo titled Minnehaha, based on the fictional Native American woman from Henry Wadsworth Longfellow’s 1855 epic poem The Song of Hiawatha, 1904. Photochromic print by the Detroit Photographic Company, via the Library of Congress. 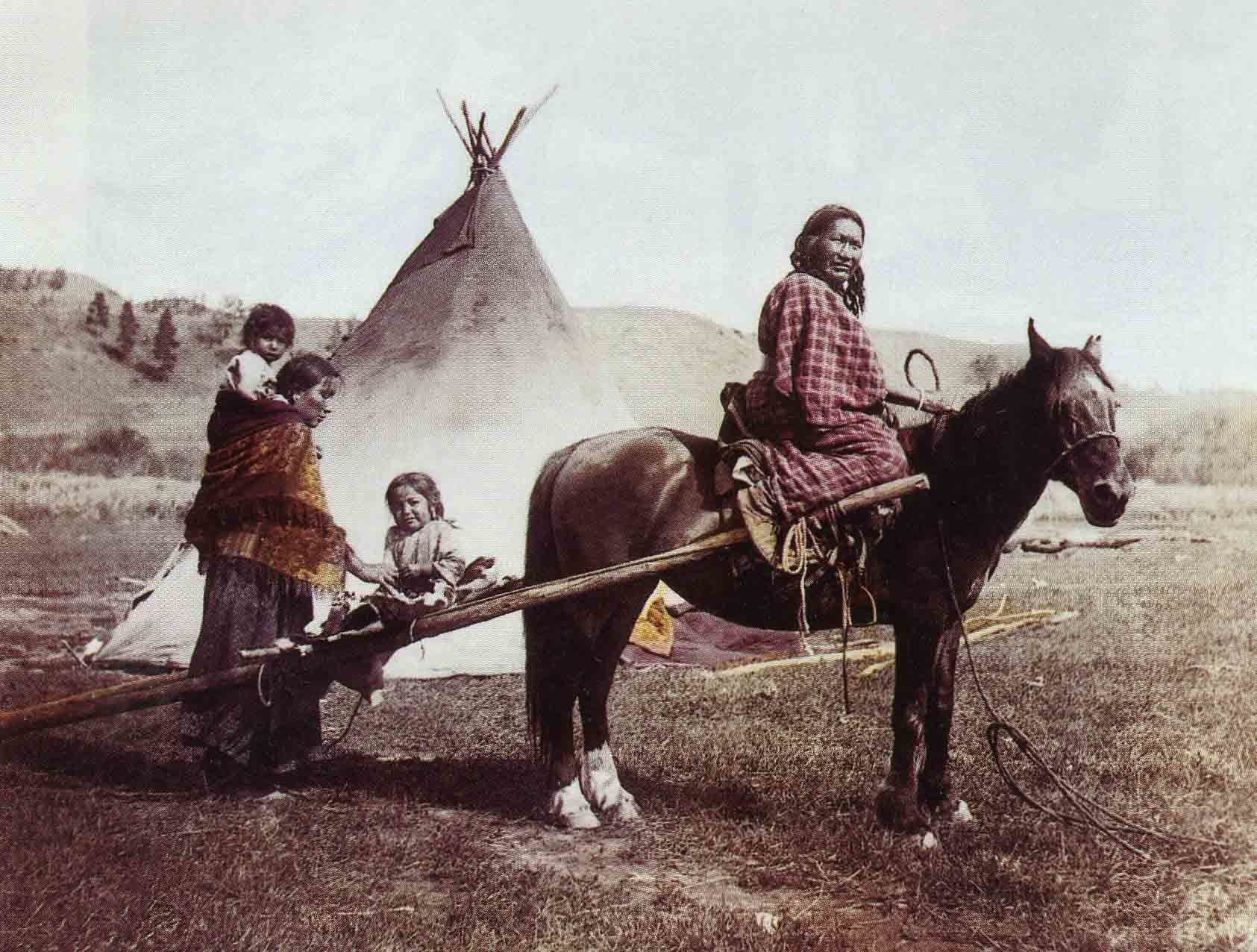 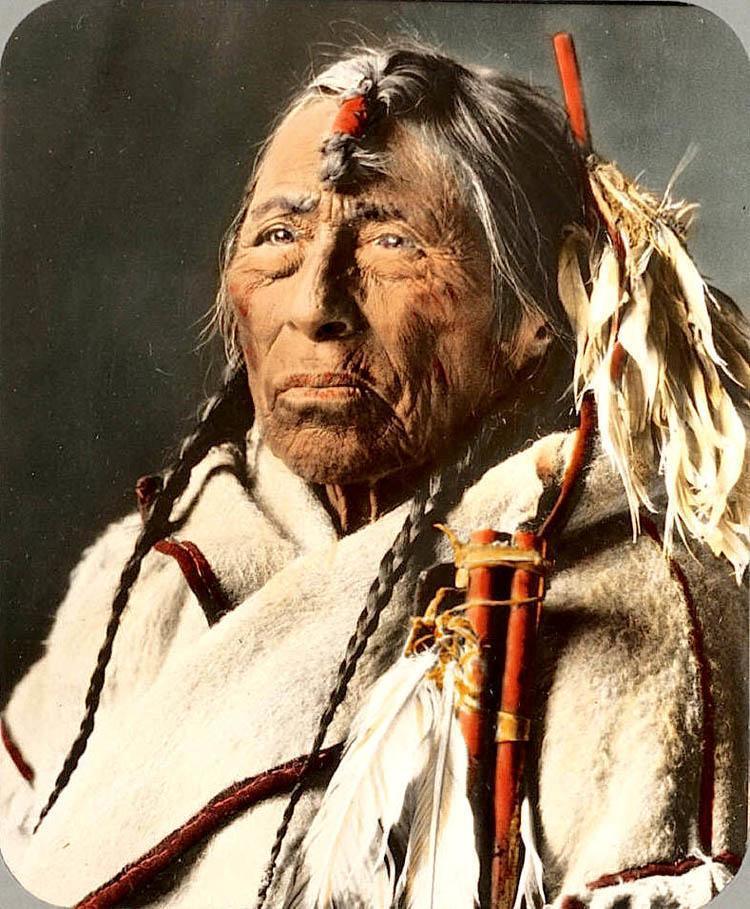