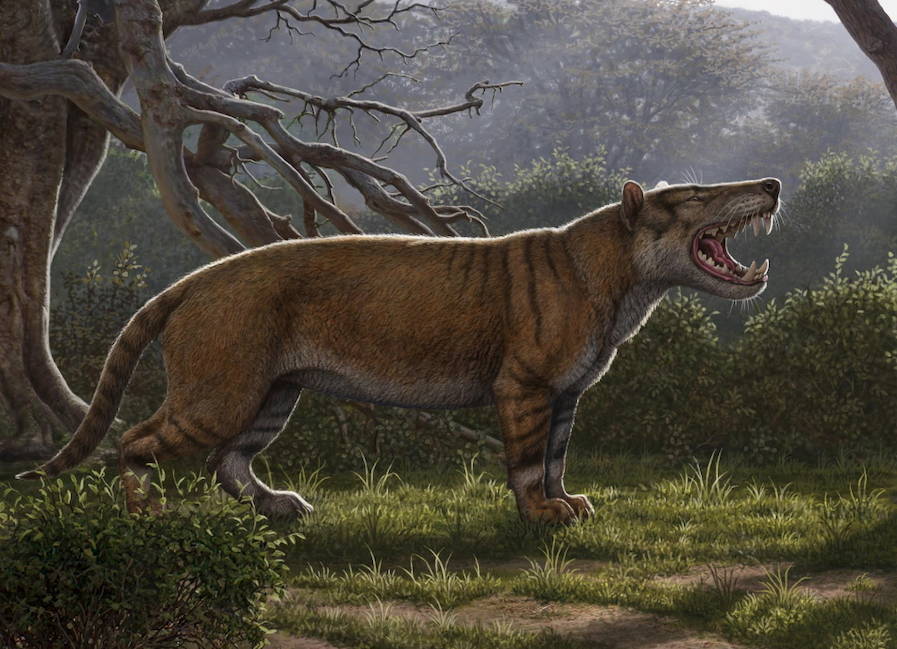 New discoveries are sometimes simply a matter of fate. That’s what happened when paleontologist Matt Borths serendipitously came across the fossils of Africa’s largest carnivorous mammal, one that walked the Earth some 23 million years ago.

According to National Geographic, Borths found the animal relics in the drawers of the fossil collection at the Nairobi National Museum in Kenya. He was working on his dissertation on hyaenodonts, a group of extinct mammals named for their resemblance to modern-day hyenas (though they are not actually related to hyenas). The bones he encountered belonged to a newly named species, Simbakubwa kutokaafrika, which is part of the hyaenodonts’ family tree and is believed to have been an apex predator of prehistoric sub-Saharan Africa.

“Opening a museum drawer, we saw a row of gigantic meat-eating teeth, clearly belonging to a species new to science,” Borth, who is the curator of the Division of Fossil Primates at Duke University, said in a statement.

The fossils had originally been dug up between 1978 and 1980 in Meswa Bridge, western Kenya. The original team was focused on looking for ancient apes, so the bones ended up untouched among the Nairobi museum’s collections for decades.

Borths teamed up with fellow paleontologist Nancy Stevens, who had discovered a separate batch of fossils in Tanzania that were estimated to be a couple million years older. The two began analyzing the neglected fossils and describing the specimens. The collection of unknown remains included parts of the animal’s jaw, skeleton, skull, and teeth.

Now, their study of the fossils has been published in the Journal of Vertebrate Paleontology and it’s clear that they’ve classified a new — and terrifying — prehistoric beast. 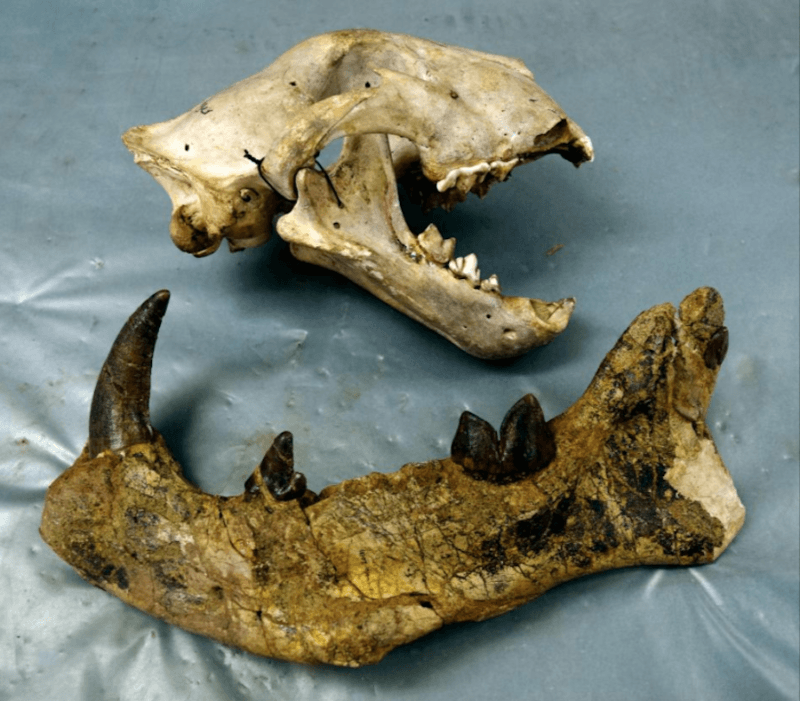 Still, not much is known about ancient predators like the Simbakubwa. We do know that, though its name was derived from the Swahili word for “big lion,” this mega predator was actually not a big cat. In fact, the researchers found that it was the oldest known member of the hyaenodonts family, which is not a cat family.

But though it wasn’t a cat, it was indeed big. Scientists said that it was likely larger than a polar bear, which holds the title for biggest terrestrial carnivorous animal alive today.

Even the teeth of the Simbakubwa alone were startling. Their molars were more than two inches long, while its canine front teeth measured eight inches each, roughly the size of a banana. What’s even more startling, modern-day predators like wolves and bears only have one pair of canine teeth, but the Simbakubwa had three.

“This animal had lots of blades,” Borth said.

As for the size of the rest of the animal, researchers say it was about four feet tall, eight feet long, and weighed in at more than 1.5 tonnes (about the size of a car) — making it bigger than any mammalian carnivore on record today.

“The science is definitely very impressive,” Jack Tseng, an evolutionary biologist who was not involved in the study, said in an interview about the discovery. “Any time you have a new record of something this large in the fauna and ecological food web, it makes you reconsider exactly what the interactions were like between predator and prey.” 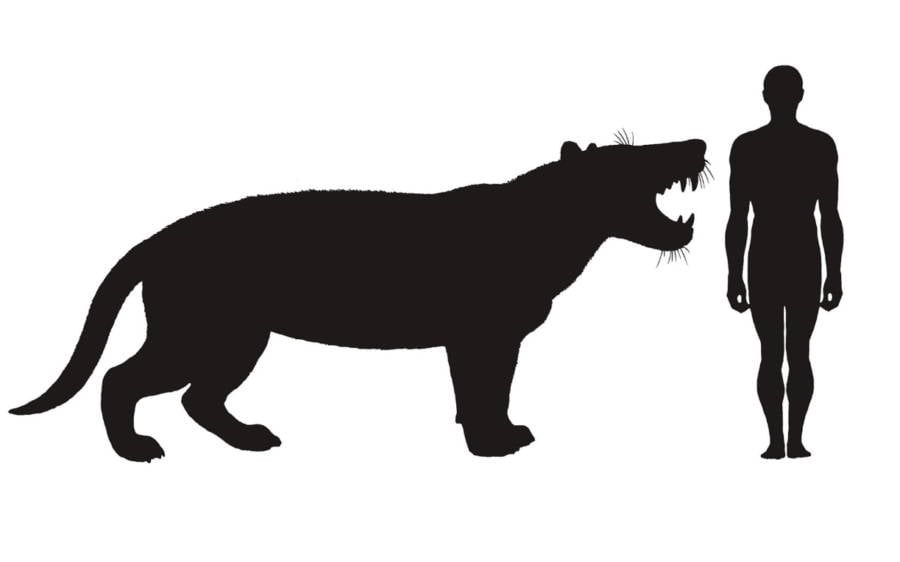 Furthermore, the Simbakubwa helps researchers understand the changing ecosystem that was in place some 20 million years ago, when the landmass of Africa began shifting closer toward Eurasia. The giant geographical shift created a change in environments and animals between the two landmasses began to mix across continents. That kind of ecological exchange “raises all kinds of hell,” Borths said.

The new species also helps scientists uncover more details about the relationships that existed in the food chain at the time.

“Once you figure out the relationships between these animals, you can start to do things like estimate how big do you think the common ancestor of these creatures was, what was the world like when that theoretical common ancestor might have been alive?” he said. “You can experiment with the data a little bit to figure out how these big evolutionary changes map onto other changes, like climate change and continental drift.”

While discoveries like this one could provide new insight into the large-scale history of life on planet Earth, they also simply remind us how lucky we are to not exist side-by-side with fearsome creatures like these.

After learning about the largest carnivorous mammal of ancient times, read about the evidence of the fabeled “King Polar Bear” that was discovered in Alaska. Then, learn about the most terrifying prehistoric creatures that weren’t dinosaurs.