This tragic timepiece recovered from a victim's body just fetched an enormous price at auction. 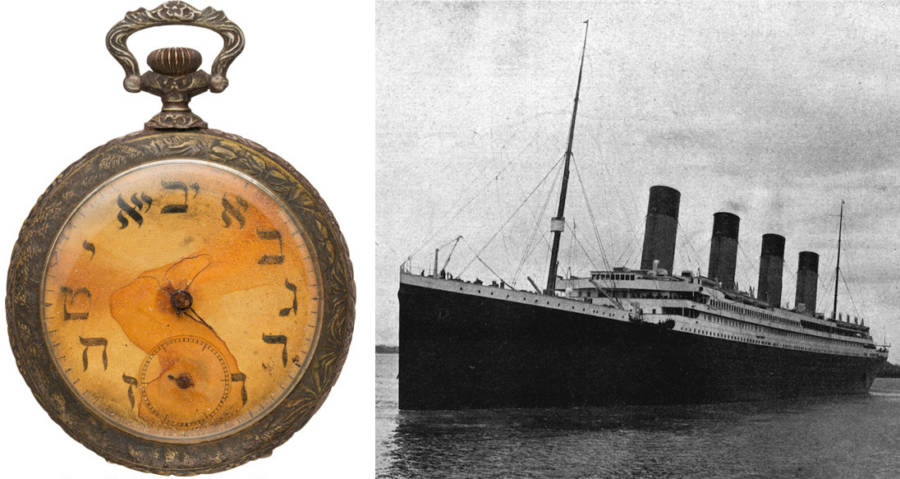 An antique, rusty pocket watch recovered from a passenger who died on the Titanic just sold for a pretty penny at auction.

The watch — which belonged to Sinai Kantor, a Jewish Russian immigrant aboard the Titanic on that fateful day — sold on Aug. 25 for $57,500, according to the Associated Press. The artifact was originally recovered from Sinai’s body after it was pulled from the icy waters by a recovery operation following the ship’s fateful sinking on April 15, 1912.

The winning bid on the pocket watch was placed by John Miottel, a collector of timepieces related to the Titanic disaster. According to Heritage Auctions, he runs the Miottel Museum in San Francisco, Calif., which already features timepieces from other notable Titanic passengers like Col. John Jacob Astor, the ship’s richest passenger, and a watch previously owned by the ship’s postal clerk, Oscar Woody.

“It will take one of the primary spots in our collection,” Miottel said regarding Sinai’s watch.

Sinai Kantor, then 34, traveled on the Titanic with his wife Miriam. The pair were both from Vitebsk, Russia and boarded the ship with second-class passenger tickets, which cost them £26 in 1912 (about $3,666 today).

The college-educated pair hoped to start a new life together in America. Sinai and Miriam aimed to study medicine and dentistry once they settled in New York City. Sinai was a furrier and he intended to sell trunks of furs to help fund their dreams, according to Heritage Auctions. 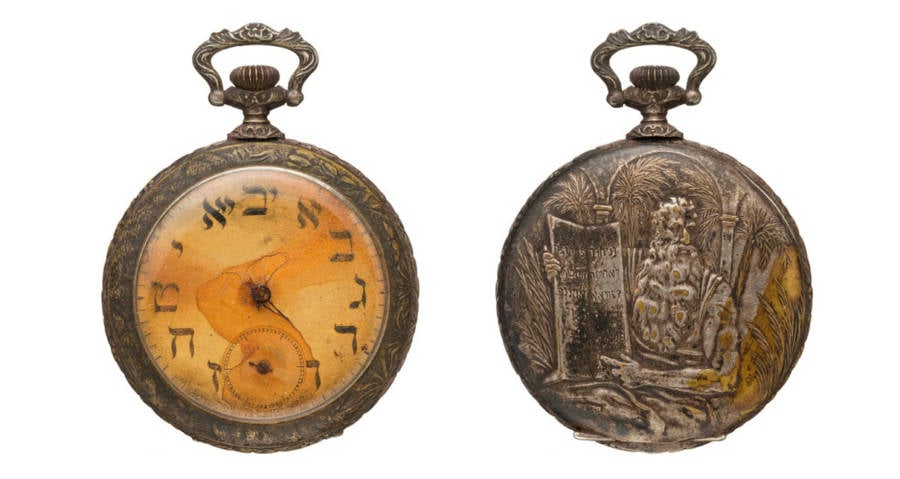 Heritage AuctionsThe front and back of Sinai Kantor’s pocket watch.

Unfortunately, the couple would never get a chance to start their new life together. As a part of the “women and children first” protocol, Miriam made it safely onto a lifeboat. But there was no room for Sinai, who, along with thousands of others, was forced into the frigid waters once the ship sank.

A few days later, Sinai’s body was recovered along with many belongings, including the pocket watch recently sold at auction. It was not easy for Miriam to receive her husband’s belongings once his body was located. Only after an extensive legal battle that lasted for five weeks after her husband’s death was the widow given the rest of his items.

The pocket watch was sold by a “direct descendant of Miriam and Sinai Kantor” according to Heritage Auctions. The front of the watch has numerals written in Hebrew and the back case features an embossed design that depicts Moses holding the Ten Commandments.

After several days in the cold seawater and more than a century of age, the Swiss-made watch is not in very good shape. According to Smithsonian, the hands have almost completely worn away, the dial is stained, the movement is rusted, and the silver that once covered the watch’s case has eroded away leaving just the brass below. 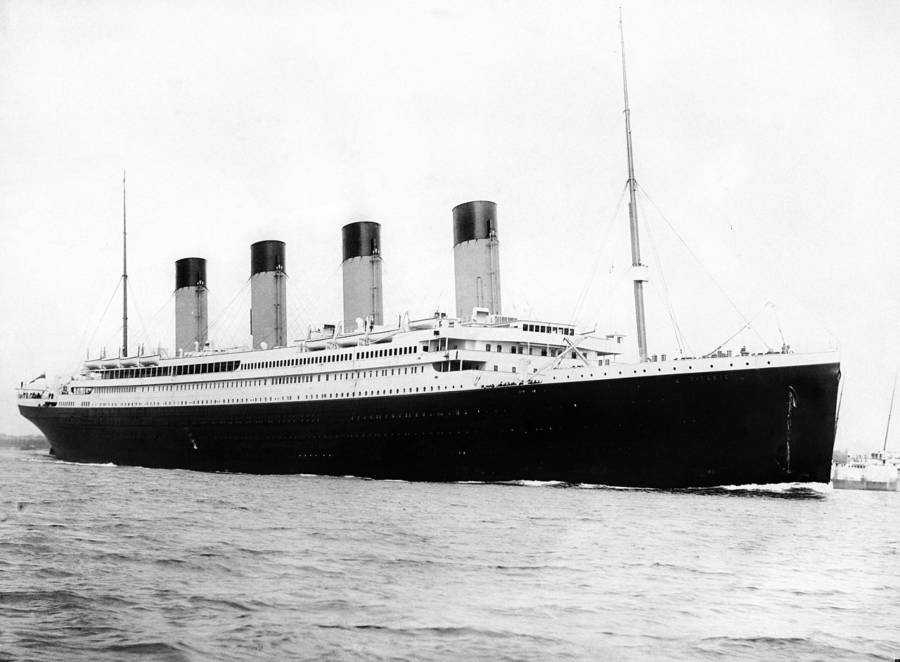 Despite its decay, artifacts like Sinai Kantor’s pocket watch have helped keep the story of the Titanic captivating for more than a century.