Did The U.S. Slaughter 35,000 Civilians During One Korean War Massacre — Or Is It North Korean Propaganda?

"Blood must be avenged with blood, and accounts with the U.S. imperialists must be settled with, at all costs." 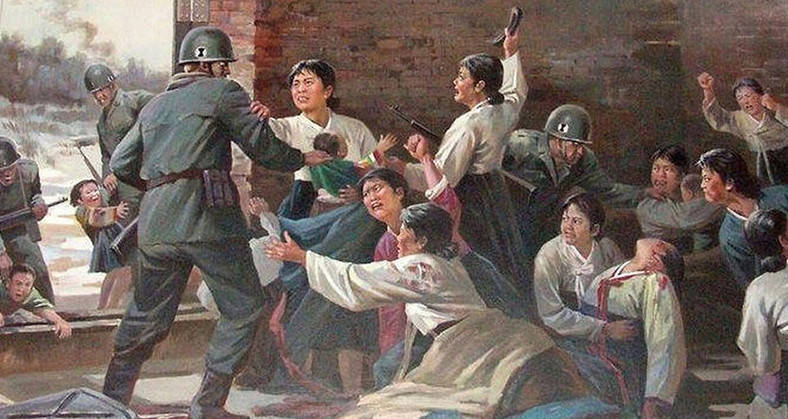 This was a series of mass killings allegedly carried out by the United States military forces from Oct. 17 to Dec. 7, 1950, during the start of the Korean War. Over this 52-day window, it is speculated that more than 35,000 Korean civilians were murdered. But whether this was at the hands of U.S. soldiers or others is still contested.

There are conflicting accounts from multiple sides concerning the events, the death toll, and on whom to place the responsibility for the massacre.

The Background Behind The Sinchon Massacre

There were supposedly several mass slaughterings over two months at the end of 1950 which contributed to the overall death toll in Sinchon County.

One of the first of these slaughterings was on Oct. 18, 1950 at an air raid shelter in Sinchon. North Korean records state that American soldiers massacred some 900 people.

Another 520 lives, including 50 women and children, were lost two days later on Oct. 20, 1950, during an attack at the police station’s air raid shelter. This pattern of mass killings continued until the alleged final death toll of 35,383 was reached on Dec. 7.

It remains unclear whether the U.S. military, the South Korean military, or a North Korean communist guerilla unit were more responsible for the gruesome attack. Indeed, the conflict appears quite complicated.

The Sinchon massacre “cannot be understood simply as killings between the left and the right,” South Korean historian Han Sung Hoon alleges.

“It must be understood three-dimensionally, as the explosive result of the contradictions emanating from the colonial period after liberation, combined with the division and establishment of two separate states in the North and South, and eventual war, which exacerbated the internal problems of class, hierarchy, and religion.”

In Travis Jeppesen’s book See You Again in Pyongyang, Hoon said that when North Korean military units retreated from Sinchon and local communist guerrilla units took their place in the battle against South Korean and U.S. forces, the area became a “hotbed of both rightist and leftist aggression in the moments leading up to the massacre of late 1950.”

This could partially explain why it can be so difficult to place blame for the massacre. 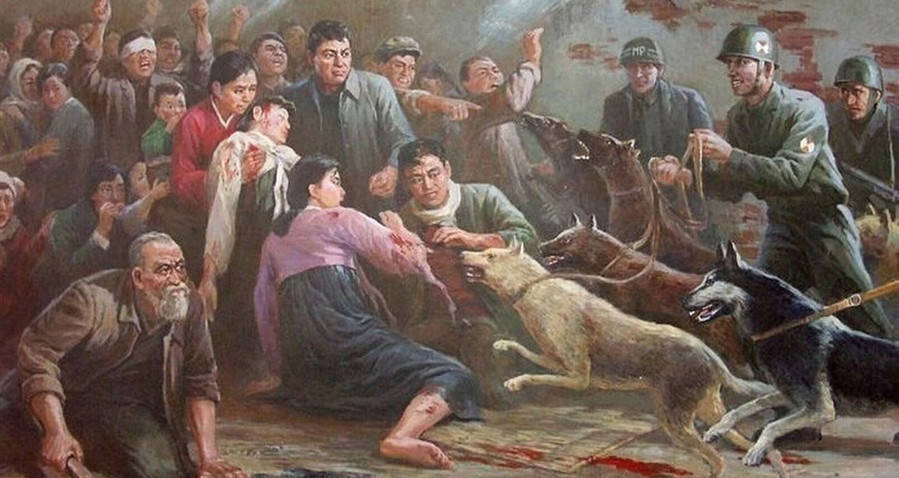 A 1952 report, however, from a group of lawyers, judges, and professors from Britain, France, Austria, Italy, Belgium, China, Poland, and Brazil, investigated the claims of the massacre and presented evidence of guilt on behalf of the Americans.

But Dong-Choon Kim, a former Commissioner of the Truth and Reconciliation Commission for South Korea, disagrees with these findings. He holds that North Korean guerilla groups, or young communist factions, were to blame.

Regardless, the outcome of those murky events which took place in Sinchon amounted to the North Korean’s siding ever more fiercely against the U.S. 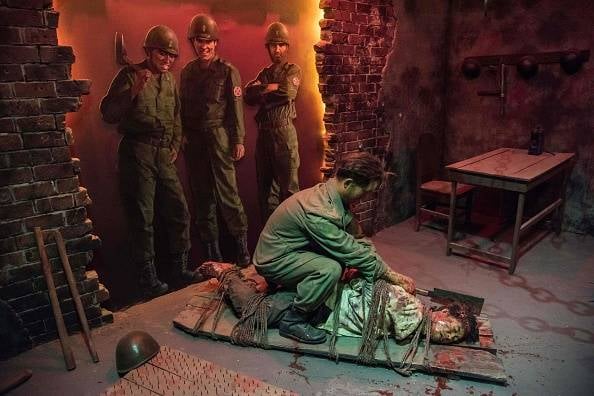 Fast forward to 2014, when North Korean leader Kim Jong Un visited the Sinchon Museum of American War Atrocities. Originally constructed in 1958, the museum had been revamped at the instruction of Kim Jong Un.

Some say that the museum is largely used by the North Korean leadership to fuel hatred of the United States, while Pyeongyang claims that it is merely evidence of the U.S.’s responsibility for the death of so many of their citizens. The museum’s 16 rooms are carefully crafted to display the horrid details of the massacre.

The rooms house artifacts and propaganda from the 52-day time period and feature exhibits containing letters from captured children, weapons and tools used for torture, evidence of American airstrikes and chemical warfare, and a bloodstained North Korean flag. 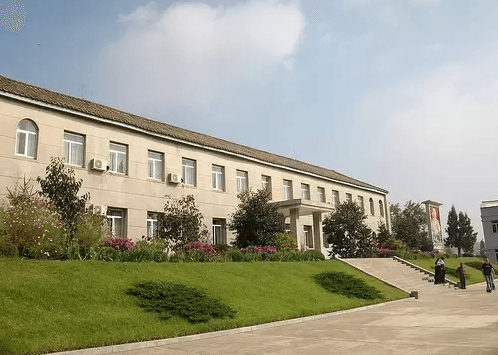 During his 2014 visit to the museum, Kim made his negative feelings towards Americans very clear. Kim has reported that no matter how much the “U.S. imperialists try to play tricks, the traces of blood left on this land cannot ever be erased.”

“Blood must be avenged with blood, and accounts with the U.S. imperialists must be settled with, at all costs,” he added.

Next, read about the deadly Bear River Massacre. Then, check out 21 North Korean propaganda depictions of the United States.