The skeletons were remarkably found undisturbed in a small room, untouched for nearly 2,000 years. 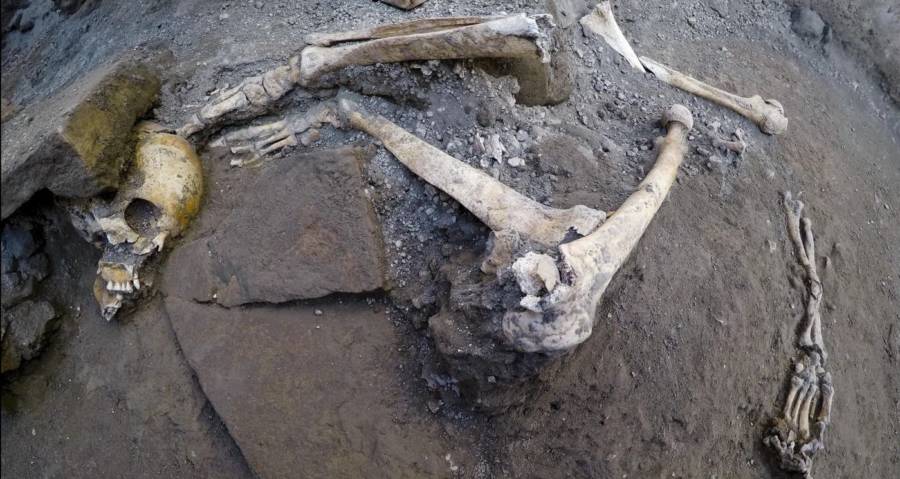 Even after nearly 2,000 years, the ruins of the great city of Pompeii continue to serve as a treasure trove for archaeologists. Their latest discovery is the remains of a family who were huddled together when they lost their lives in the deadly Vesuvius eruption of 79 A.D.

According to the Italian news agency ANSA, new excavations at the site uncovered the skeletal remains of five people — two women and three children — who were taking shelter from the deadly eruption.

Massimo Osanna, the director of the Pompeii archaeological site, told the Telegraph that the family huddled together in a small room to protect themselves and shoved a piece of furniture against the door.

“The place where they took shelter must have seemed safe,” he explained. “They were crushed by the roof when it collapsed, or burned by the pyroclastic cloud, or perhaps a combination of both those things.” 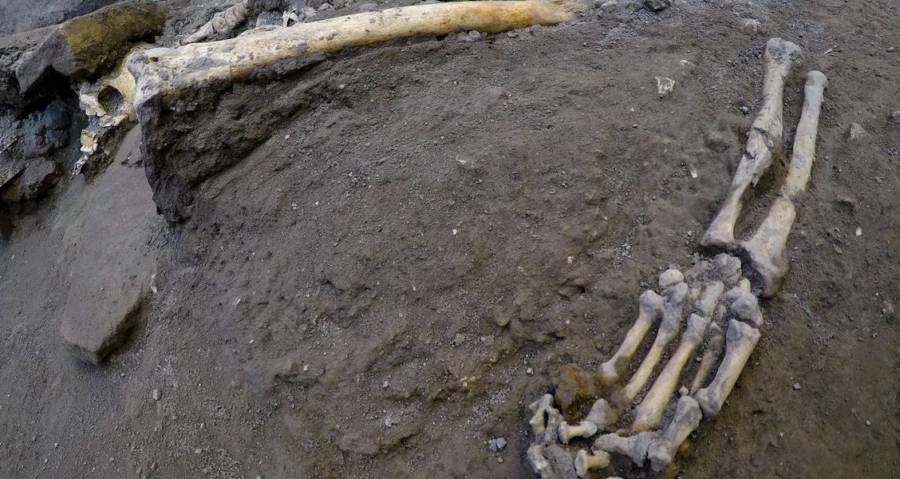 The skeletons were found undisturbed in the small room, which was shocking to archaeologists because the area had been ravaged by a series of looters in the years before official excavation began.

According to the Telegraph, the team also found a 17th-century coin not far from the small room in which the skeletons were found. This suggests that while the family’s bodies were not disturbed by looters that the rest of the villa must have been rifled through by tomb raiders.

“It’s a shocking discovery, but also very important for the history of studies,” Osanna said. 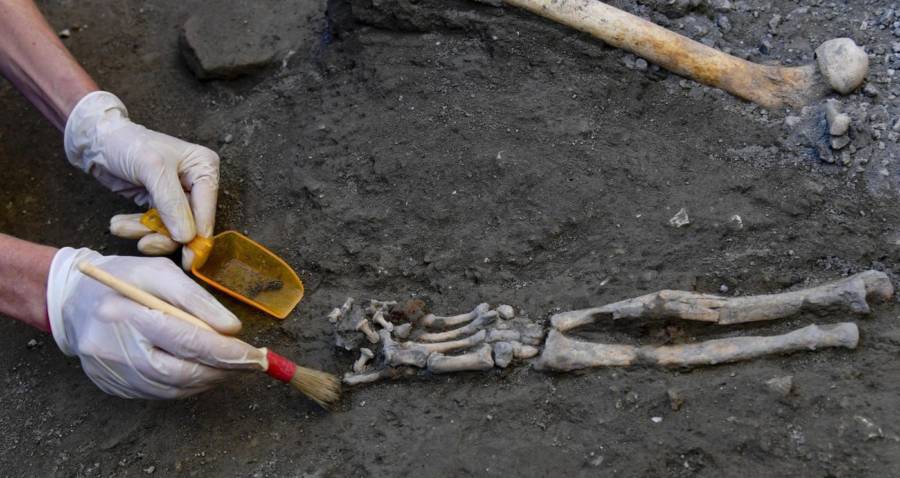 The heartbreaking discovery of the family’s skeletal remains is not the only groundbreaking find that archaeologists have unearthed in this Pompeiian house. Earlier this month, the team found a charcoal inscription on the wall of the house that provides support for the theory that the eruption happened in October 79 A.D. instead of in August as it was long believed.

Some of the only information historians have about the date that Mount Vesuvius erupted comes from the ancient Roman author Pliny the Younger. In a series of letters written to the Roman senator Tacitus, Pliny claimed that the day of the explosion was Aug. 24, 79 A.D. However, the exact date has been hotly contested. 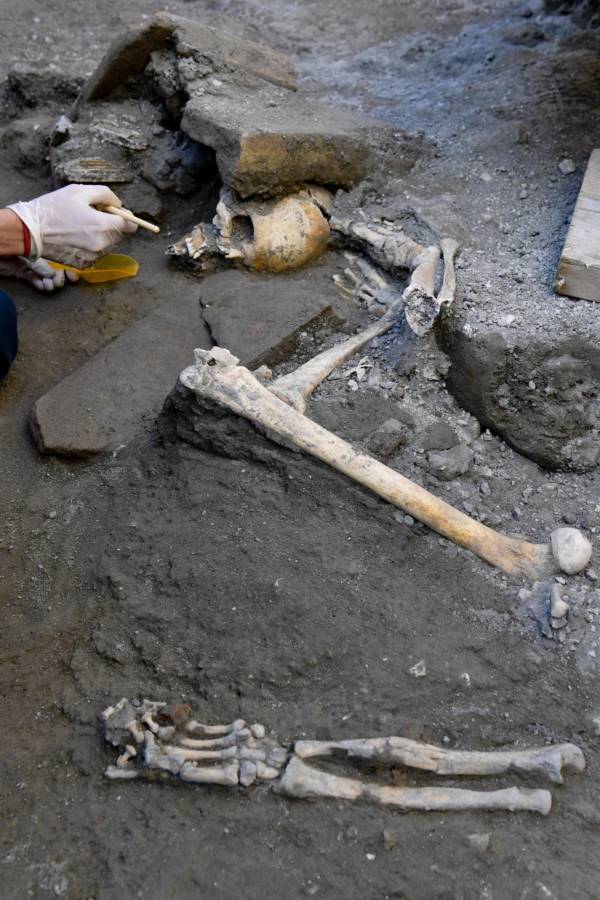 The team believes that a man who was working on renovations on the house wrote the charcoal graffiti on the home’s wall which reads, “the 16th day before the calends of November,” or Oct. 17. This suggests that on Oct. 17, life in Pompeii was still normal so the eruption could not have occurred yet.

Pompeii is currently undergoing a massive excavation project that is the most intensive that the area has seen since the 1950s. The site has been excavated on and off since 1748, but a third of the city still remains unexplored.

If you’re searching for more information on the deadly Mount Vesuvius eruption, check out these 14 agonizing photos of Pompeii’s bodies frozen in time. After that, take a look at how scientists discovered that Mount Vesuvius boiled the blood and exploded the brains of its victims.