"Though some Viking women buried with weapons are known, a female warrior of this importance has never been determined and Viking scholars have been reluctant to acknowledge the agency of women with weapons."

Mira FrickeA piece of the ancient remains of a likely-Slavic warrior woman recently found on the Danish island of Langeland.

They thought she was a Viking warrior, but her weapon of choice now says otherwise.

In a study published by the Polish Ministry of Science and Higher Education, researcher Leszek Gardeła from Germany’s University of Bonn examined the ancient remains of a warrior woman buried inside a Viking cemetery on the Danish island of Langeland.

However, upon closer inspection, Gardeła found that the buried woman was likely not a Viking at all, but instead a Slavic warrior.

His hypothesis stemmed from his discovery of the type of axe that the woman had been buried with. Instead of being a typical Viking weapon, Gardeła realized that it was actually a Slavic-style axe.

“So far, no one has paid any attention to the fact that the axe in the grave comes from the area of the southern Baltic, possibly today’s Poland,” Gardeła told Science in Poland, a Polish publication funded by the country’s science ministry.

The ancient woman’s Slavic weaponry and the design of her 1,000-year-old burial place — a chambered construction that was common among cemetery structures from the southern Baltic region which is now modern Poland — suggest that the body found inside was indeed that of a Slavic warrior.

But how did a Slavic warrior end up being buried in a Danish cemetery? Well, according to Gardeła, it’s actually not that surprising.

Wikimedia CommonsA depiction of the death of a Viking warrior woman a.k.a. shieldmaiden.

During the Middle Ages, the Danish territory was a “melting pot” of Slavic and Scandinavian people living side-by-side, and Gardeła’s study on the Slavic-Danish burial suggests that there may have been a larger presence of Slavic warriors in the area than was previously thought.

Gardeła’s discovery is part of the researcher’s larger study of ninth- and 10th-century warrior women, titled Amazons of the North, which mainly focuses on burials located in Denmark, Norway, and Sweden. So far, there have been 30 such graves found in the region, including the grave of the warrior in question now.

The inspiration for this project came from the legends of the old Icelandic texts that describe the mighty Valkyrie women and include fantastical elements like trolls, dragons, and even flying carpets. But the idea of strong female fighters battling with the ancient armies is more than just folklore.

“There are many female warriors – they participate in expeditions in full gear, they even lead entire armies to attack,” Gardeła said. 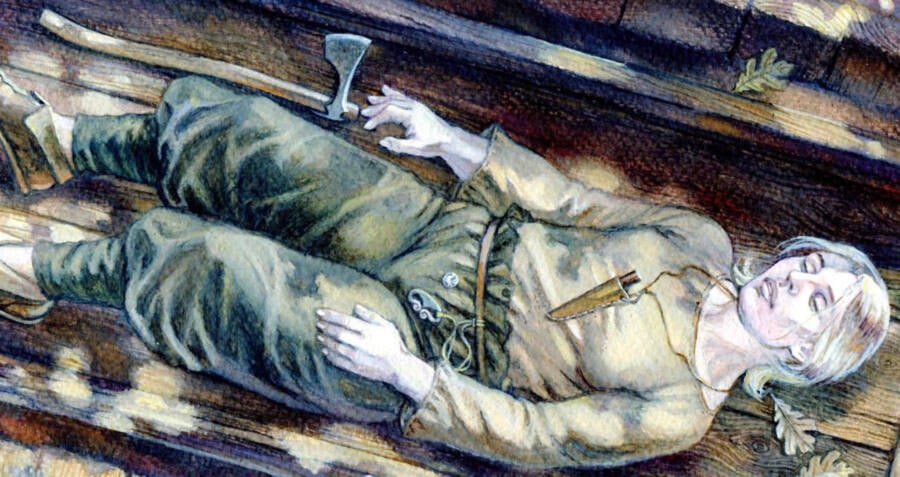 Researchers have found increasing evidence of women warriors through the discovery of burials similar to the one found on Langeland. At these burial sites, researchers have found not only weapons such as axes, arrowheads, and spears, but also miniature versions of the real weapons, though scientists have yet to determine the meaning of these miniatures.

However, some of these graves are in poor condition which makes it difficult for researchers to draw definitive conclusions about the bodies inside. In fact, some grave sites contain no bone remains at all, and instead only include a few curious burial items.

Lucky for Gardeła, the remains of the Slavic warrior were preserved relatively well. However, he was unable to determine her cause of death due to the absence of apparent injuries to the body.

What’s more, there is still no way to determine for sure whether the weapon that was buried with her was in fact her fighting gear or if it was merely created for the sole purpose of her burial. 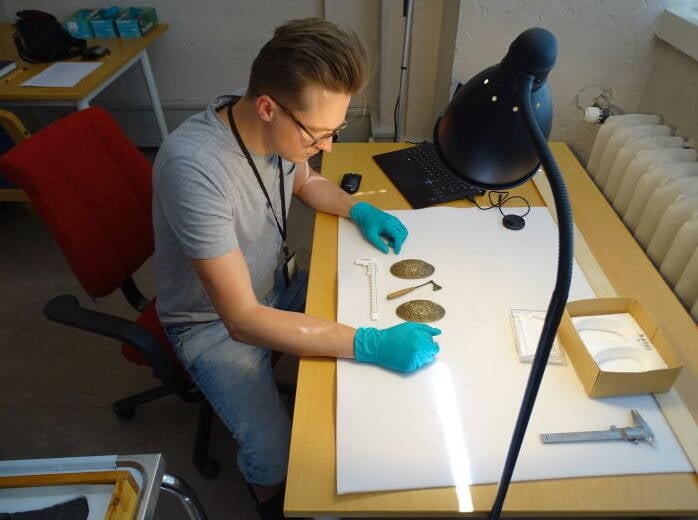 Furthermore, the examination of these ancient warrior burials has also started an important conversation within the scientific community about the inherent biases that researchers often carry. For example, it was not until osteologist Anna Kjellström reexamined the remains of a decorated Viking fighter that we discovered that the buried individual was actually a woman, not a man.

“Though some Viking women buried with weapons are known, a female warrior of this importance has never been determined and Viking scholars have been reluctant to acknowledge the agency of women with weapons,” researchers behind the study wrote.

“This image of the male warrior in a patriarchal society was reinforced by research traditions and contemporary preconceptions. Hence, the biological sex of the individual was taken for granted.”

Discoveries like the one on Langeland should continue to put those preconceptions to rest.

Next, learn some of the most fascinating facts about Vikings. Then, learn the story of the Shieldmaidens, the Viking warrior women.