Who knew sleep could be so bad? 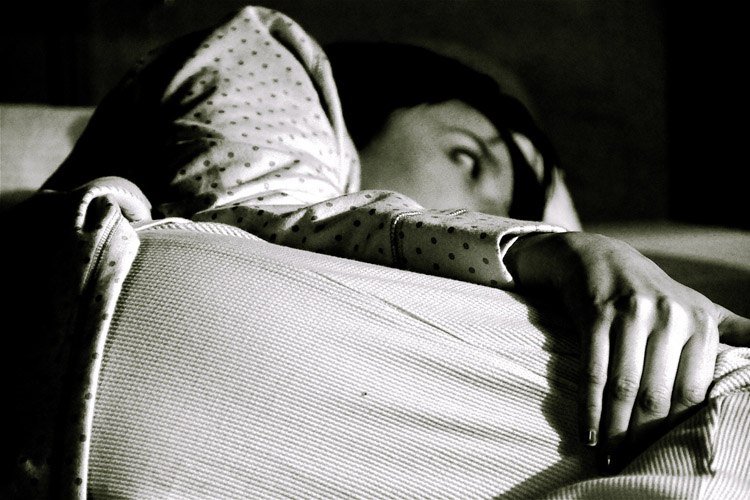 Many of us welcome the prospect of sleep. But sometimes our brains don’t let us rest easy. While the occasional bout of insomnia is common, it pales in comparison to these violent and terrifying sleep disorders:

Imagine waking up, unable to move or speak. You sense a weight on your chest, feel short of breath, and start to panic. These are the horrors of sleep paralysis, a disorder that affects nearly eight percent of the population.

Normally, when people fall into a deeply relaxed REM sleep, their muscles immobilize. When they wake, their muscles mobilize again. For those who suffer from sleep paralysis, however, waking up doesn’t always trigger those muscles to start “working” again, which results in a state of conscious paralysis. This paralysis usually lasts just a few minutes, but in rare cases has been known to persist for hours.

If a sudden sense of paralysis weren’t enough, those with this condition can also experience hallucinations while in this restricted state. Visions of evil and demons — or simply an odd presence in the room — can plague those with sleep paralysis. Indeed, most reports of alien abductions are likely the fruits of a sleep paralysis-induced hallucination.

Given its symptoms, it may not come as much of a surprise that sleep paralysis has garnered an entire mythology of supernatural “explanations” in different cultures, with most involving an angry spirit sitting on a person’s chest.

In Old English, the name for this kind of spirit creature is a “mare” – as in nightmare. This term used to define sleep paralysis, but it evolved to mean any frightening dream or event.

Just as human muscles can “forget” to wake from REM sleep, they can also “slip out of gear,” which is what happens to those with REM behavior disorder (RBD). Those with this disorder can physically act out their dreams — often kicking, screaming, and punching while they do so.

Since REM sleep occurs in cycles, these episodes can occur as many as four times a night. On other occasions, they may not happen for weeks at a time. Remarkably, those with RBD often remember their dreams but not their movements.

Those aged 60 or older experience RBD the most often, and the disorder affects more men than women. It occurs in roughly .5 percent of the human population — and in dogs. If a dog has RBD, it may attack objects or bite, even if it would never do this while awake.