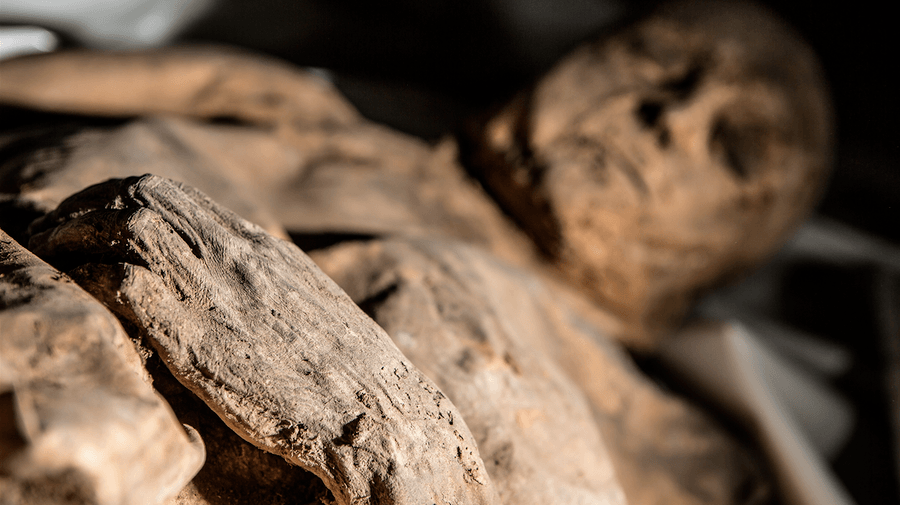 Smallpox has had a devastating history, from ancient Egypt to its worldwide eradication about 35 years ago, but a mummified child recently found in a Lithuanian crypt is rewriting the virus’ storied past.

Teeming with the remains of the virus, the mummified child had been between the ages of two and four, researchers estimate, before dying sometime between 1643 and 1665 from smallpox.

A genetic analysis of the child’s remains, published Thursday in Current Biology by researchers from McMaster University Ancient DNA Center, suggests that smallpox is only a couple hundred years old, and not more than a millennia old as conventional theory had assumed.

The analysis revealed that the DNA of the smallpox found in the child — the oldest such DNA ever found — was still very young in an evolutionary sense and that it looks genetically similar to the smallpox of today.

Then, the researchers created an evolutionary family tree that revealed the pace at which the smallpox virus evolved by comparing the mummified child’s strain to 42 younger versions of smallpox, plus a few preserved, isolated ancient ancestors.

They were then able to deduce that the smallpox from the mummy and today’s smallpox share a common ancestor from somewhere between 1588 to 1645, meaning the disease may only be 450 years old and not more than a thousand.

Previously, researchers had largely depended on reports of smallpox’s symptoms (blisters and puss-filled rashes) in historical records to identify supposed historical cases of the virus and thus gauge how old it really is.

“There have been signs that Egyptian mummies that are 3,000 to 4,000 years old have pockmarked scarring that have been interpreted as cases of smallpox,” said study co-author Ana Duggan, a postdoctoral fellow at the McMaster University, in a news release.

“The new discoveries really throw those findings into question, and they suggest that the timeline of smallpox in human populations might be incorrect,” she added.

“So now that we have a timeline, we have to ask whether the earlier documented historical evidence of smallpox, which goes back to Ramses V and includes everything up to the 1500s, is real,” said study co-author Henrik Poinar, the director of the Ancient DNA Centre at McMaster.

“Are these indeed real cases of smallpox or are these misidentifications, which we know is very easy to do, because it is likely possible to mistake smallpox for chickenpox and measles?”

Next, find out if the Victorians really hosted mummy unwrapping parties, before checking out the Japanese monks who mummified themselves alive.