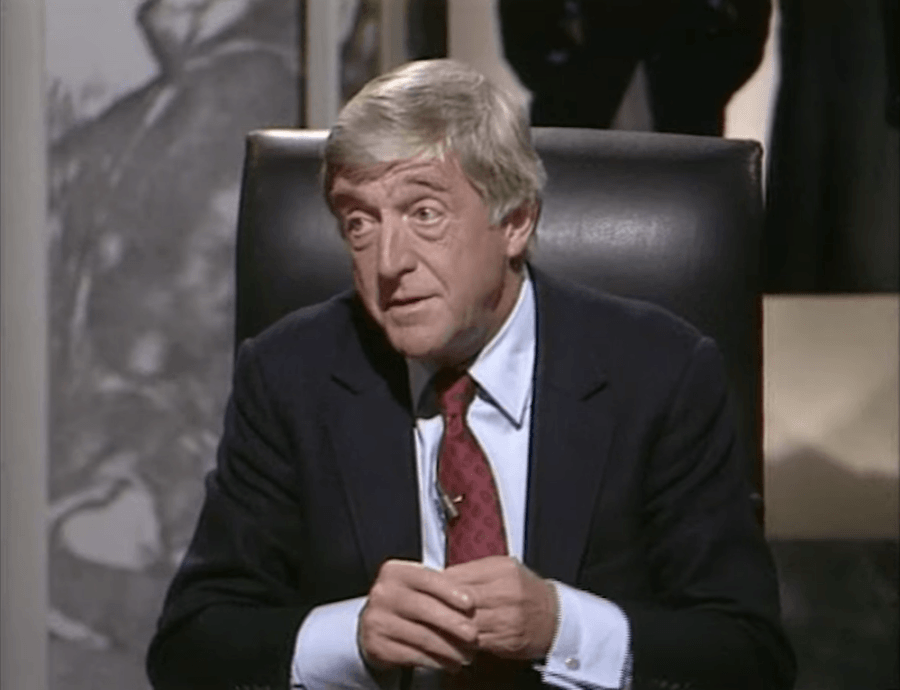 YouTubeGhostwatch premiered on BBC1 on Halloween night, 1992. Millions believed the film was a real event happening live on television and angry parents reported symptoms of PTSD in their children afterward.

When the television film Ghostwatch premiered on BBC1 on Halloween Night, 1992, millions across Britain believed they were watching a live news special report — one in which a real-life ghost murdered the hosts.

Written by prolific British horror scribe Stephen Volk, the faux-documentary opened without any credits and even featured an actual live phone number viewers could call to share their stories of hauntings with the hosts. Adding to Ghostwatch‘s believability was the fact that it was presented by well-known British journalists and television hosts Sarah Greene and Michael Parkinson.

While Parkinson fields viewer calls and discusses the phenomena of hauntings with a paranormal expert in the studio, Greene investigates an allegedly haunted house in West London with a camera crew, providing periodic updates.

Eventually, it becomes clear that the house may actually be haunted — by the ghost of a child killer nicknamed “Mr. Pipes.” And what’s worse, the skeptical television hosts eventually appear to become legitimately terrified, realizing that their broadcast of the haunting and call-ins from viewers are acting as a mass-seance that is empowering the vicious ghost.

Viewers appear to call in reporting sightings of Pipes and the actual Ghostwatch filmmakers even include semi-subliminal images of the ghost throughout the report, adding to the fright factor. By the end, Davis is killed by the ghost after being dragged off-screen in an image that will be familiar to any fan of modern-day “found-footage” horror films. Viewers at the time were horrified to see Parkinson apparently become possessed by the ghost of Pipes, before the program cut to black. 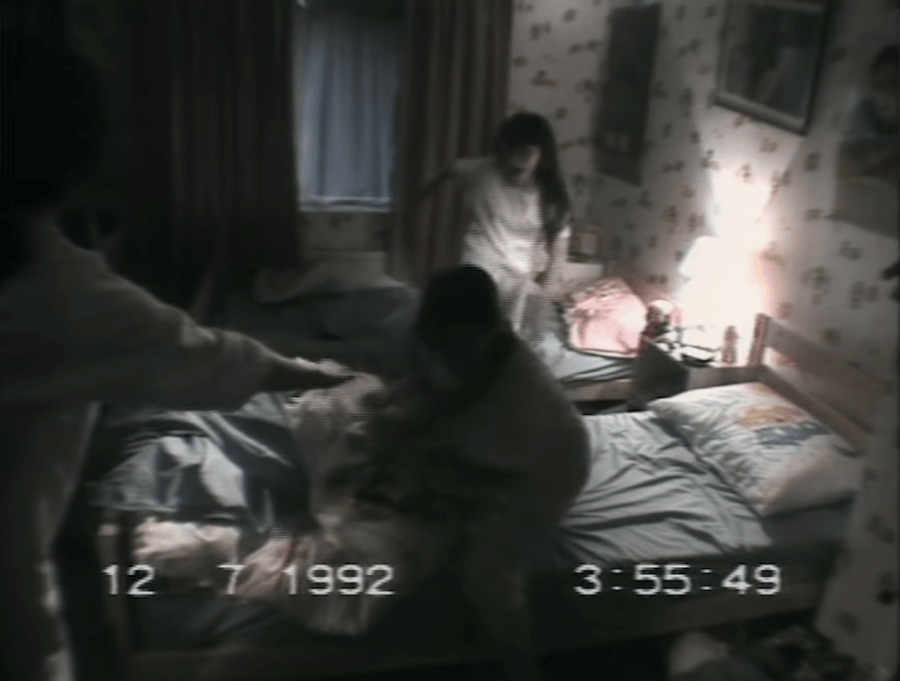 YouTubeThe film was so convincingly presented as a real newscast that people reported symptoms of PTSD in their children — and one young man was so distraught he took his own life.

But Ghostwatch was not just fun and games to many viewers. Not only did BBC1 field thousands of complaint calls from viewers and parents of children who watched the film and believed it was real — it also apparently inspired real-life tragedy.

Not only did dozens of reports come in of children experiencing symptoms of PTSD after witnessing Ghostwatch, but, tragically, one young man apparently took his life because of it.

Eighteen-year-old Martin Denham, an intellectually disabled man from Nottingham, became convinced that not only was
Ghostwatch real, but that Pipes was inhabiting his home.

Denham hung himself with a length of plastic tubing on November 5, 1992 — just five days after the film aired.

Denham left behind a haunting suicide note that read: “Please don’t worry — if there are ghosts I will be a ghost, and I will be with you always as a ghost.” His parents told reporters at the time that Denham had been “virtually hypnotized” by the early found-footage horror film.

After learning about movies so disturbing that they were mistaken for real snuff films, take a look at 50 of the scsriest pictures in history. Then, learn about the world’s seven most haunted hotels.