The Story Of The Spruce Goose, Howard Hughes’s Flying Boat That Flew Only Once

Built in the mid-1940s, the "Spruce Goose" was the largest flying machine of its time — and it was made entirely out of wood.

During the 1930s, few men in America were as well-known as Howard Hughes. Though he was also a movie mogul and real estate investor, Hughes is perhaps best known for his career in aviation.

Not only did he invest in aviation and aerospace companies, but he also flew the planes himself. As the holder of multiple air speed records, his celebrity in the world of aviation was second perhaps only to Charles Lindbergh. 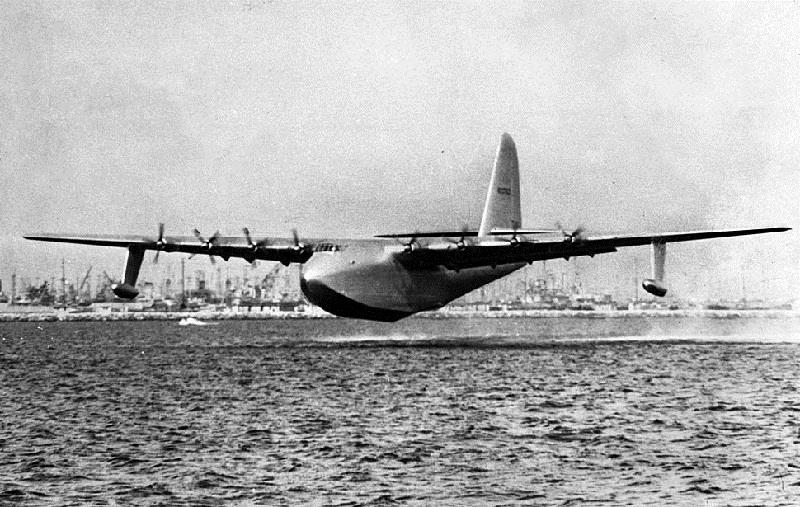 Wikimedia CommonsThe Hughes H-4 Hercules, a.k.a. the “Spruce Goose,” during its first and only flight.

All of his aeronautics experience culminated in what would later be known as one of the most notorious aircraft projects ever attempted: an amphibious wooden aircraft called the Hughes H-4 Hercules, better known as the Spruce Goose.

It was the largest aircraft of its time, it was made of wood, and it actually flew — briefly. 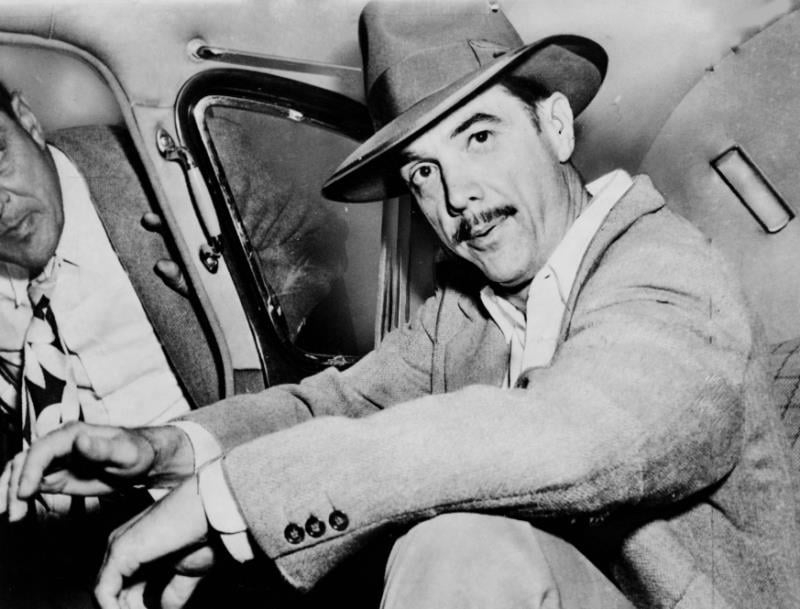 In his years in the aviation industry, Howard Hughes had become well known for his dedication to creating bold new kinds of aircraft. In 1939, he created the Hughes D-2 aircraft, an experimental bomber that would have gone into military development had its hangar not been struck by lightning.

The destruction of the aircraft led to Hughes’ next project, a highly controversial Hughes XF-11, an all-metal reconnaissance aircraft designed to hold two pilots. This time, two prototypes were created and again sent to the military for consideration, though they were not ultimately granted funding.

Yet again, in 1943, Hughes showed his dedication to aircraft innovation with another prototype of his, the Sikorsky S-43 amphibian aircraft, which crashed into Lake Mead in Las Vegas. Following the crash, Hughes spent $100,000 to raise it from the depths and another $500,000 restoring it to its original glory.

Despite his aeronautics achievements and failures thus far, Hughes’ biggest and boldest came four years later in the form of the Hughes H-4 Hercules, better known as the Spruce Goose. 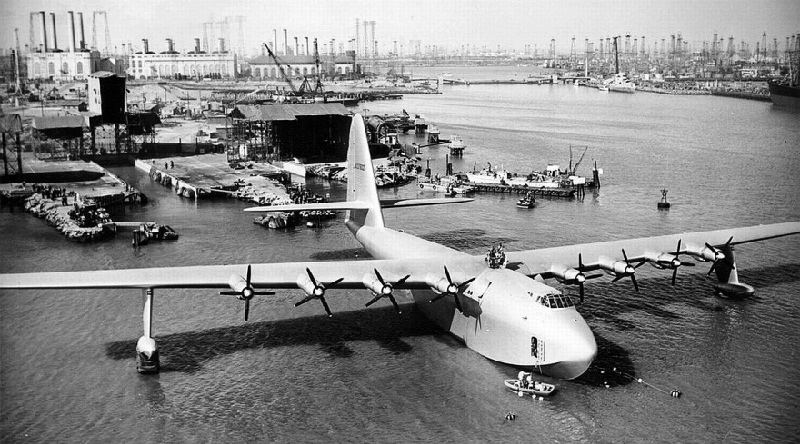 Wikimedia CommonsThe Spruce Goose sits in the waters off the pier, waiting for takeoff.

In the early 1940s, while making a name for himself building the biggest, best, and most ambitious aircraft the world had ever seen, Howard Hughes was approached by the US War Department. The military was interested in having Hughes design and build three massive aircraft that were each capable of carrying 750 fully-armed troops or, even more ambitiously, a tank.

Hughes agreed, as this kind of project was just the sort of thing that inspired him. The military gave him two years, and one rule: He was only to use “non-strategic materials.” In other words, aluminum and other metals needed for the war effort were out of the question when it came to building the craft. He would need to find something else.

And, indeed, he did: birch. The entire aircraft (which, in fact, was an aircraft-boat hybrid) was constructed out of wood, thin planks of which were bent and carved and ironed into shape to form the body. At the time of construction, the Hughes H-4 Hercules was the largest aircraft made from wood and had the largest wingspan of any aircraft in existence.

Due to its size and unconventional building material, the team working on the aircraft referred to it as the “Flying Lumberyard,” and later, despite the fact that it was made from birch, the “Spruce Goose.” 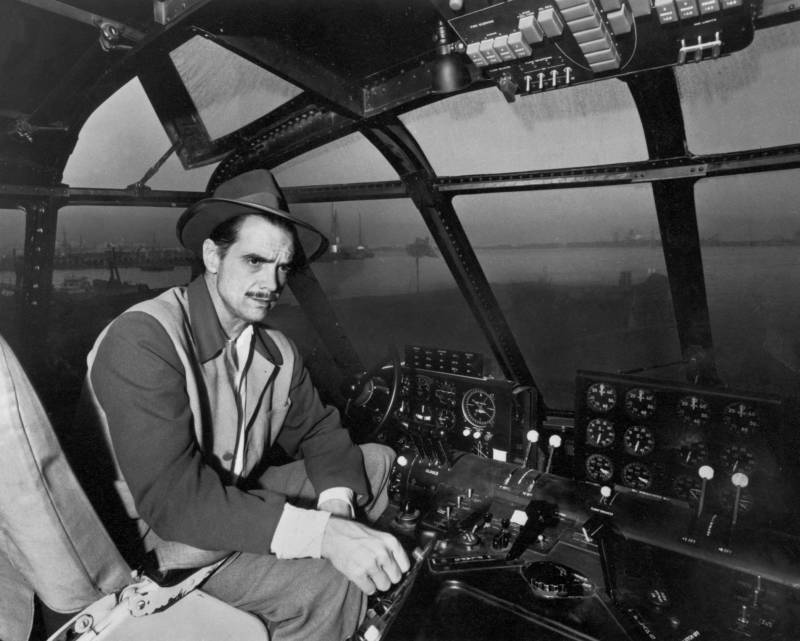 Unfortunately, the completion of the Spruce Goose took longer than Hughes expected. In 1944, Hughes missed his two-year deadline, meaning the aircraft was not ready in time to be used in the war effort. However, Hughes was anxious to finish his record-breaking craft and continued to work until it was completed.

For five more years, warehouses full of workers across the country labored to finish the pieces. Women working for the Roddis Manufacturing company in Wisconsin ironed thin strips of birch veneer for the plane’s exterior, while a moving company in California worked to plan a route to transport individual pieces of the plane to the Hughes airport for assembly.

Finally, in late 1947, the Spruce Goose was ready to go. A house-moving company used rolling house movers to slowly roll three pieces of the Spruce Goose down residential streets to Pier E in Long Beach, California. On the pier, the three pieces were assembled into the body of the plane, and a hangar was constructed around it, complete with a boat launch for a water takeoff.

After half a decade of planning and construction, Howard Hughes’ Spruce Goose was ready to fly.

The Flight Of The Spruce Goose 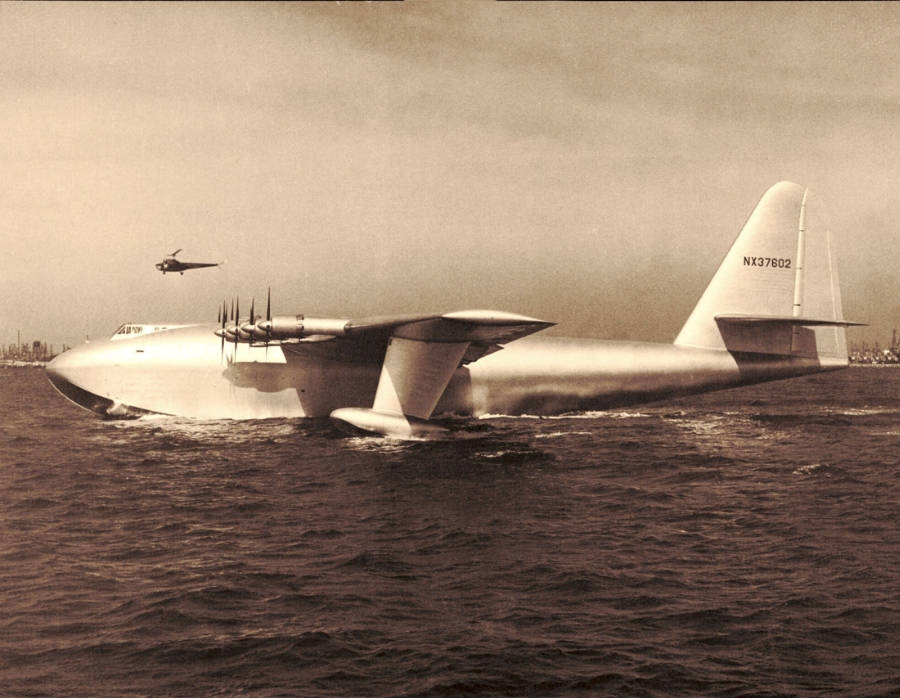 Wikimedia CommonsThe Hughes H-4 Hercules, a.k.a. the “Spruce Goose,” floating outside the pier.

After all of the effort put into the construction of the Spruce Goose – especially its $23 million budget – its first (and last) flight would last just 26 seconds.

On November 2, 1947, the craft achieved liftoff from the water for a distance of about one mile, at an altitude of 70 feet. Despite what could be seen as a failure, Hughes defended his creation to the US Senate War Investigating Committee, during an aviation hearing:

“The Hercules was a monumental undertaking. It is the largest aircraft ever built. It is over five stories tall with a wingspan longer than a football field. That’s more than a city block. Now, I put the sweat of my life into this thing. I have my reputation all rolled up in it and I have stated several times that if it’s a failure, I’ll probably leave this country and never come back. And I mean it.”

The flight of the Spruce Goose, as depicted in the 2004 film The Aviator with Leonardo DiCaprio as Howard Hughes.

Ultimately, Hughes remained in the country, making his point that the plane wasn’t a failure. And, eventually, Hughes proved its worth to the Senate, by claiming that since it achieved flight it was worth the $23 million ($259,613,273.54 in 2019 dollars) that the government had funneled into it.

The Flightless Life Of The Spruce Goose 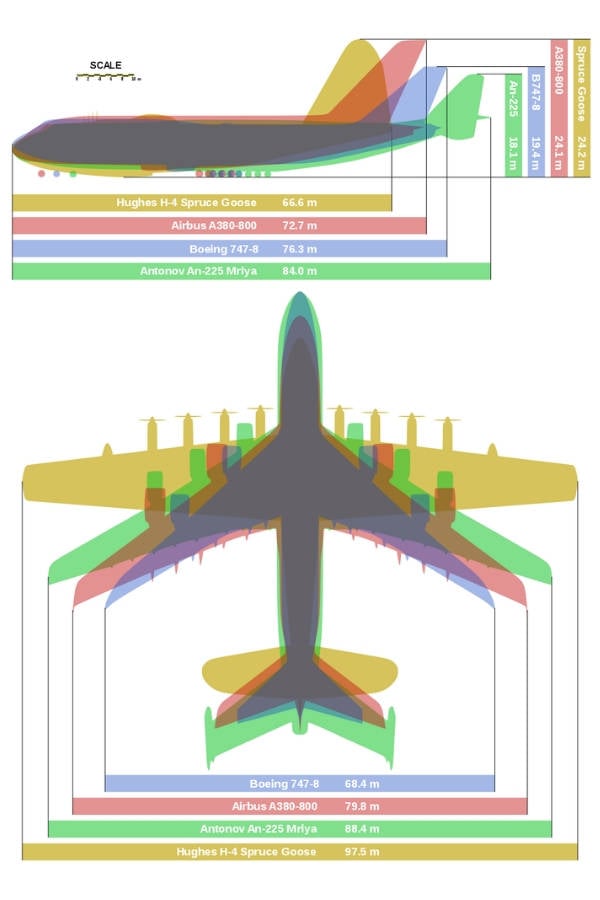 Unfortunately for Howard Hughes, the Spruce Goose was destined to never fly again. After its fateful flight, the plane performed a few taxi runs, but was ultimately moved to a climate-controlled hangar. There, the aircraft was maintained under lock and key by a crew of 300 dedicated workers who spent their days working on keeping the mechanisms inside working smoothly.

Eventually, in 1952, the crew dwindled down to just 50 full-time staff members, who remained working until Hughes’ death in 1976.

For several years, the ownership of the Spruce Goose was disputed. The government felt that since it had contracted the aircraft, it should fall to them. Howard Hughes’ corporation felt that it should remain in their hands.

Ultimately a decision was reached allowing parts of the plane to be sent to the Smithsonian Institute, along with several other Hughes aircraft, while the rest of the plane remained in the hands of Hughes’ corporation.

In 1980, the Spruce Goose passed into the hands of the Aero Club of Southern California, which displayed the plane in a custom-built geodesic dome in Long Beach. Inside the dome, along with the plane, was a sort of Howard Hughes museum. Videos and photos were displayed around the dome, which also housed an event space and meeting rooms.

After the dome and surrounding attractions were purchased by the Walt Disney Company eight years later, the Spruce Goose was moved to its current home at the Evergreen Aviation Museum in McMinnville, Oregon. 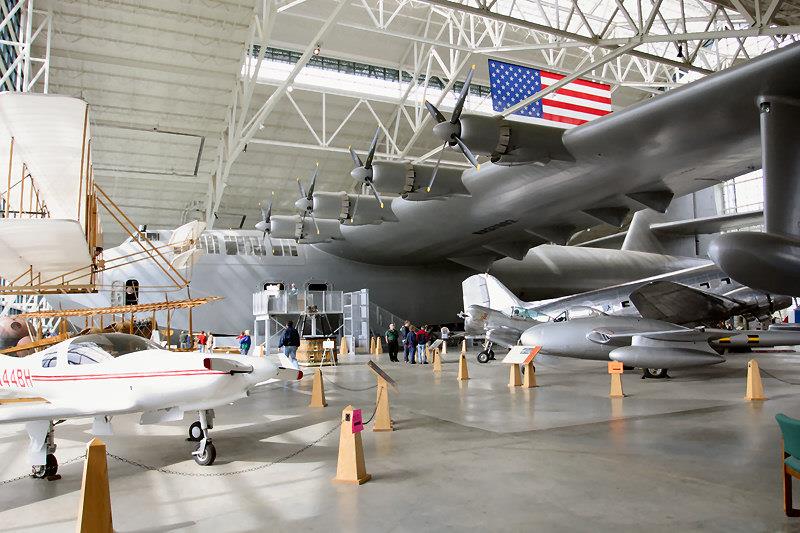 While the Spruce Goose may have been a failure as a sustainable war aircraft, its legacy lives on. Howard Hughes’ flying lumberyard has remained in the public eye decades after its infamous flight, and its story will surely be told for many years to come.

After this look at the Hughes H-4 Hercules, a.k.a. the “Spruce Goose,” check out some of the weirdest flying machines from the early days of aviation. Then, read about Richard Bong, World War II’s flying ace.