Forget Atlantis. These real sunken cities of the ancient world that every bit as incredible as the legend. 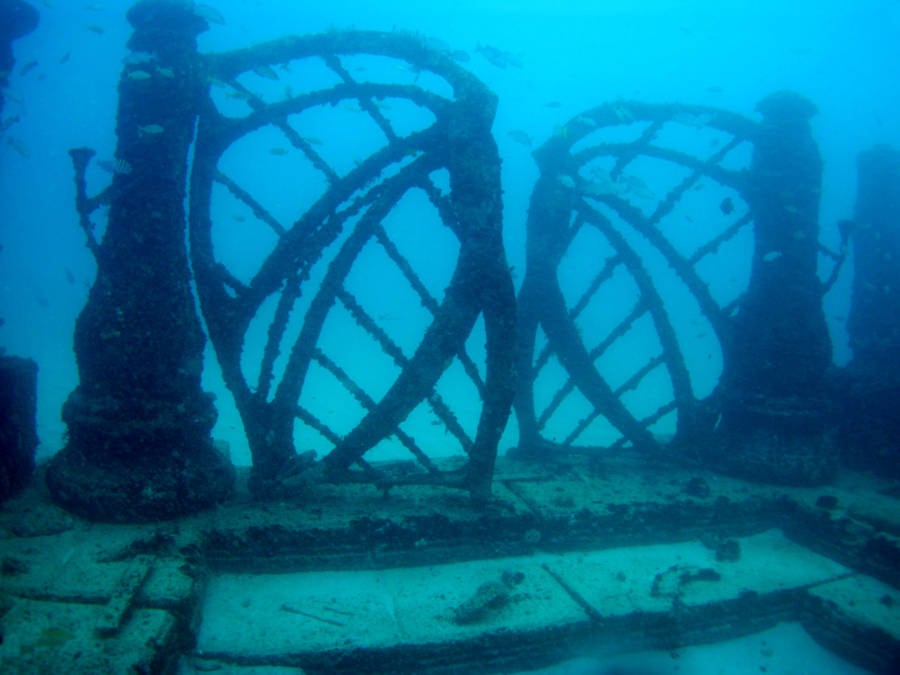 We may never find Atlantis, but the real world is full of sunken cities every bit as incredible as the Greek myths.

They’re in every corner of the world; great, ancient cities that have been pulled under the water through earthquakes and storms. The palaces of great emperors and queens, the great cities of the ancient world, and even a lost city of pirates have sunken to the bottom of the sea. Lost for 1600 years, the royal palace of Cleopatra was discovered off the shores of Alexandria. A team of marine archaeologists, led by Frenchman Franck Goddio, began excavating the sunken city in 1998.

When the last Queen of Egypt was alive, she’d kept a great palace on the island of Antirhodos. The whole island was a land of luxury. Any sailor who docked on its shores would be greeted by a great column of pillars, each adorned with a crown, leading their way to queen’s palace.

It was a massive, beautiful palace, surrounded by sphinxes and statues of goddesses; a pleasure island so beautiful that it was said to rival Rhodes, the greatest of the Greek islands. But 400 years after she died, Cleopatra’s palace was racked by earthquakes and tsunamis that submerged the whole island under the sea. And there, buried underwater, it lay hidden for 1600 years.

When it was finally uncovered just 20 years ago, some of the most incredible artifacts were still intact. The marine archaeologists found the red granite columns that welcomed new visitors, great statues and art, and even the foundation of Cleopatra’s lost palace. ImgurA broken statue in one of the great sunken cities.

But the Egyptian government plans to bring the sunken city back to life. They plan on creating an underwater museum and holding tours of what was one Cleopatra’s palace, letting any one of us tour a real-life Atlantis, still submerged under the sea. ImgurA sphinx from what was one Cleopatra’s palace.

Among the discoveries were the foundations of the palace, shipwrecks, red granite columns, and statues of the goddess Isis and a sphinx. The Egyptian Government plans to create an underwater museum and hold tours of the fantastic site of the ancient sunken city.