Super-Rich Ancient Family Brought “Back To Life” With CGI

The family was covered in beads that would have taken tens of thousands of hours to make. 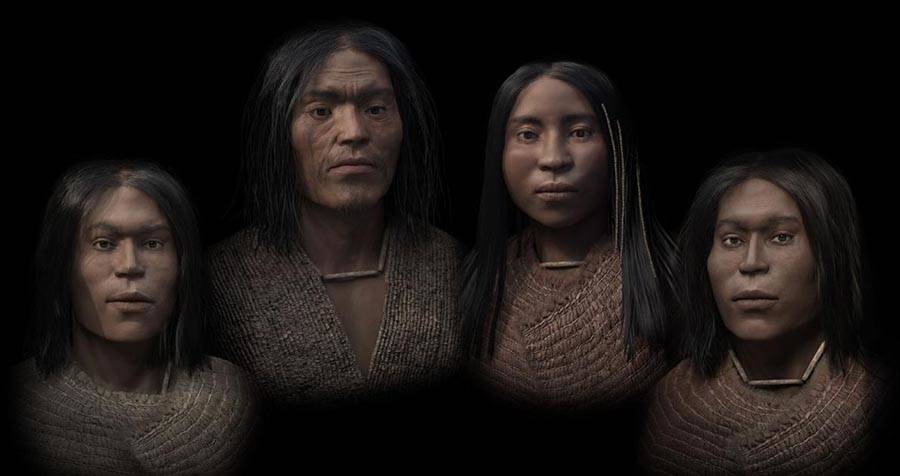 21st century technology has made it such that many of us cannot go a day — sometimes even an hour — without seeing some sort of image of the world’s upper crust. Now, some of that very technology allows us to bear witness to elites of millennia past.

Just opened up for public viewing this week, two Canadian museums have created digital renderings of an ancient, elite family from British Columbia.

With high cheekbones, square jawlines and sleek, obsidian hair, the family members certainly look the part of high society — past or present. But more impressive than their facial features is how researchers came to recreate them in the first place.

As National Geographic reported, it all started with erosion. Members of the shíshálh tribe noticed some strange objects — think shells and beads — emerging from a bank in their lands northwest of Vancouver.

Curious as to what else might exist just beneath the surface, they invited a team of University of Toronto researchers to investigate the site. The group of locals and archaeologists proceeded to dig more into the bank, only to find the skeletal remains of a 50-year-old man buried some 3,700 years ago. A few yards away, they also uncovered the remains of a young woman and two young men. 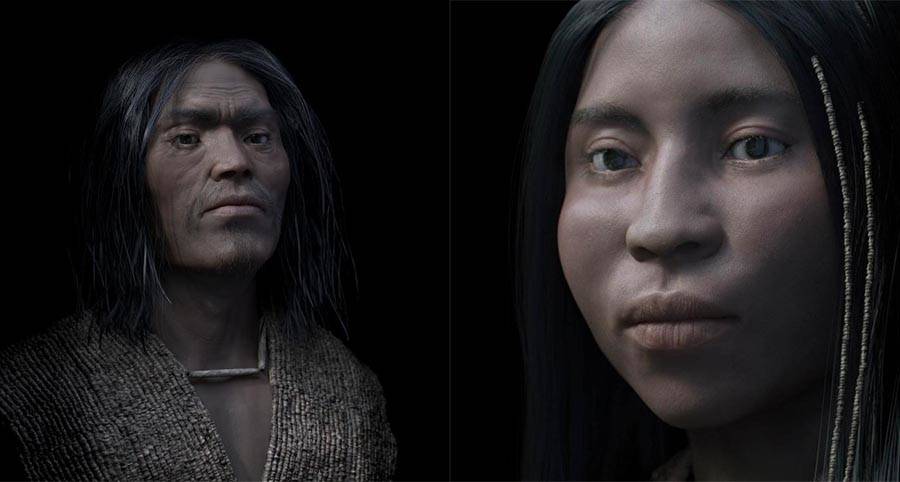 Researchers quickly realized that these remains didn’t belong to just anybody, however. Indeed, the 50-year-old was covered in 350,000 beads, which experts on the scene estimated would take at least 35,000 hours total to make.

As money did not exist at the time, archaeologist Alan McMillan said that time was considered to be a primary indicator of value. That this man was covered in such time-consuming beads means, in McMillan’s eyes, that he held “a fantastic concentration of wealth.”

The accessories accompanying the other remains — such as a 5,700-stone bead shell necklace, a 3,200-bead headpiece — supported the researchers’ thesis that they had in fact uncovered a burial site of a prominent family.

Further analysis conducted by biological anthropologist Jerome Cybulski of the Canadian Museum of History showed that the remains had similar features, and that the two young men may have been twins.

“They had identical impacted teeth and identical patterns of [skull] sutures,” Clark said.

While none of the researchers are sure as to how the family accumulated such vast amounts of wealth (though Clark speculates they may have “special ritual knowledge or spiritual knowledge”) they were able to get a clearer picture of what the family at least looked like, thanks to computer-generated imagery (CGI).

Indeed, after the archaeologists had taken samples from the site near the Salish Sea, a team of biological anthropologists used CGI — along with input of shíshálh representatives — to reconstruct the family’s faces.

The team did not succeed in simply replicating the visages of an ancient family; to many shíshálh, the CGI provided something fare more important: a portal to their past.

“When my people come up and look at these, they say things like, that looks like my uncle and that looks like his wife,” Keith Julius, a councillor at shíshálh Nation in Sechelt, B.C., told National Geographic.

Chief Warren Paull of the shíshálh Nation offered CBC News similar sentiments. “To look back on some of our people that existed within our territory 4,000 years ago, and to be in close proximity of their images — it’s a humbling experience. I see cousins. I see family.”

To others, it is the process of shared discovery among archaeologists and natives that makes this project so special.

“This seems to be a really collaborative and mutually respectful project to show who these people are,” University of British Columbia archaeologist Andrew Martindale said. “And I think that’s really important.”

For more stunning recreations, check out the digital rendering of this tattooed mummy and this Ancient Egyptian dignitary.