On a 4,000-mile sailing trip from Tahiti to San Diego, Tami Oldham Ashcraft and her fiancé got caught in a category-four hurricane. 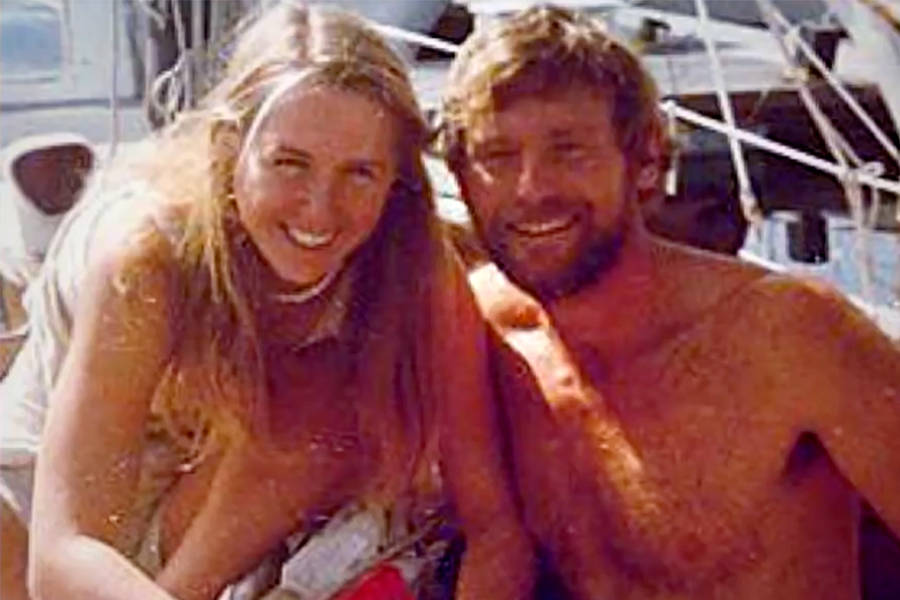 YouTubeTami Oldham Ashcraft and Richard Sharp, just before setting out on their fateful trip.

The last thing Tami Oldham Ashcraft remembered before being knocked unconscious was hearing her fiancé scream.

When she awoke 27 hours later, she was in the cabin of their 44-foot yacht, laying in several feet of water, surrounded by debris. Her fiancé was gone and her boat was badly damaged, the result of an unexpected category-four hurricane.

For the next 41 days, Tami Oldham Ashcraft would be alone, adrift in the middle of the Pacific Ocean, fighting to survive.

Three weeks before the deadly storm, Ashcraft and her fiancé Richard Sharp set out on what should have been a routine trip. Combined, the two had years of sailing experience and spent much of their time cruising around the South Pacific Islands on Sharp’s 36-foot sailboat. The ocean was as much their home as the land was, and at times, it felt even more so.

In October of 1983, a friend approached the couple and asked if they would deliver a 44-foot yacht, Hazana, from Tahiti to San Diego. Though the trip was over 4,000 miles, and longer than they had ever gone at one time, the couple felt confident in their ability to do it.

At another time, perhaps they could have.

Three weeks into their journey, disaster struck. Hurricane Raymond, a category-four hurricane, surprised the couple by changing course sooner than they expected. As they were already in the path of the storm, the couple attempted to weather it, donning raincoats and boarding up the yacht. When they did, 40-foot waves and 140-mile-per-hour winds descended on the tiny vessel.

Sharp insisted that Ashcraft board herself up below deck, while he secured himself in the safety harness. As she closed the door, she heard Sharp shout “oh my god!” before the boat capsized. The force threw Ashcraft against the wall, knocking her unconscious. 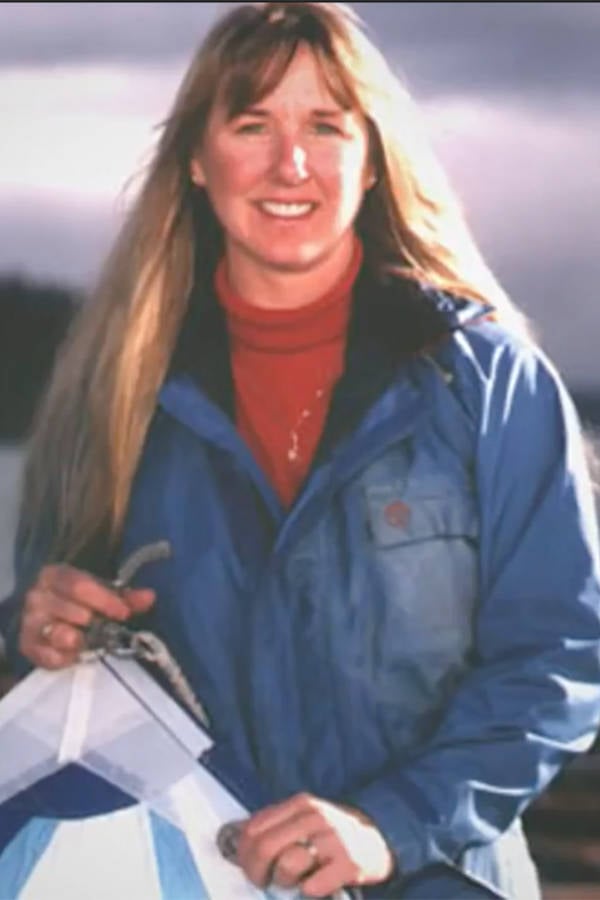 YouTubeTami Oldham Ashcraft after her trip.

When she awoke, she was surrounded by destruction. The main cabin was filling with water, the masts were broken clean off, and the sails were dragging in the water. Despite that, the ship was miraculously still afloat.

Sharp, however, was gone. The safety harness was dangling in the water, but Ashcraft’s fiancé was nowhere to be found. Ashcraft believes that the force of the wind was just too strong and that he must have been thrown into the sea and pulled beneath the massive swells.

But Tami Oldham Ashcraft didn’t have time to grieve over her presumed-dead fiancé. The yacht was sinking, the sails were shot, and she had a gash on her forehead that was increasingly painful. Upon further investigation, Ashcraft realized that the engine, the navigation system, and the emergency positioning devices were also in disrepair.

Using a broken pole and a storm jib, Ashcraft fashioned a makeshift sail and managed to pump the water out of the cabin. A search of the drier cabin revealed a sextant and a watch, the only tools that had survived, and the ones she would use to navigate to the closest landmass — the 1,500-mile-away island of Hilo, Hawaii.

Though all the odds were against her, Tami Oldham Ashcraft managed to do it.

Relying on her sextant, canned fruit salad and sardines, and the hope that she’d picked currents that would drift her toward Hawaii, Ashcraft spent 41 days pushing herself to survive. Eventually, a Japanese research ship noticed Hazana floating just outside the harbor and pulled her into Hilo. 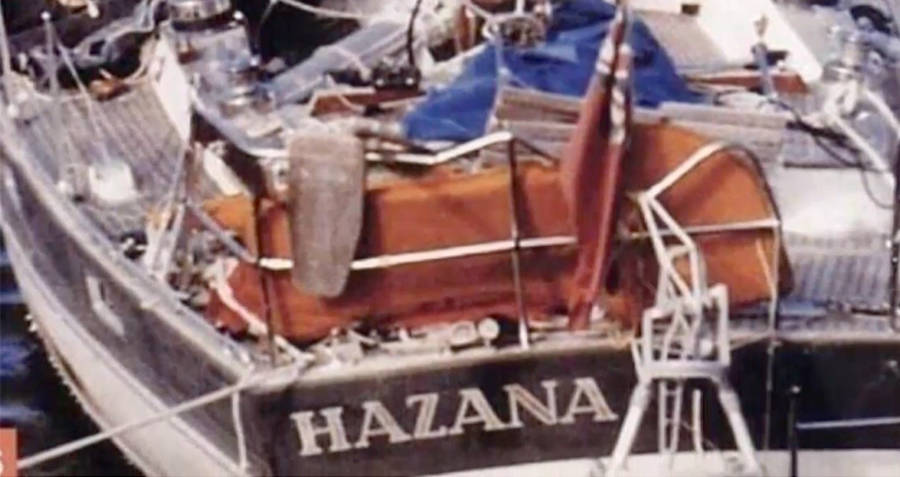 YouTube‘Hazana’ after it was towed into the harbor at Hilo.

Though her experience was harrowing, and without a doubt a traumatic one, Tami Oldham Ashcraft eventually found solace by writing her story down.

Though she couldn’t even read for six years afterward due to her head injury, she managed to put her entire story down on paper for her book Red Sky in Mourning: A True Story of Love, Loss, and Survival at Sea. It was later translated into eight languages, published in fifteen countries and has now been made into a movie, appropriately titled Adrift.

“Definitely the hardest part was dealing with Richard being gone,” Ashcraft told the Chicago Tribune in her first interview about her experience after her book was published. “There were times I didn’t even want to live anymore because I didn’t know how I was going to go on. I was never going to fall in love again.”

“Actually, while I was in the survival mode, the grief was fairly low,” she continued. “It wasn’t as intense as when I got to shore and the survival was over, and I could see people together and everything kept reminding me of him. I just really had a hard time. But that survival instinct [while at sea] just kicked in. It helped me to focus, to keep myself on track.”

Today, Ashcraft lives on San Juan Island off the coast of Washington, where she still sails regularly. Though she still carries the memory of her experience and her fiancé with her every day, she’s gotten married, has two children, and is the picture of happiness. The only sign of her trauma is a tiny sextant pendant, encrusted with a diamond, which she wears every day.

Next, read about the worst natural disasters of the 21st century. Then, check out these five amazing survival stories.