How The Teenage Mutant Ninja Turtles Were Born

Today, the shelled ninja masters are all but household names — so just how exactly were they “born”? 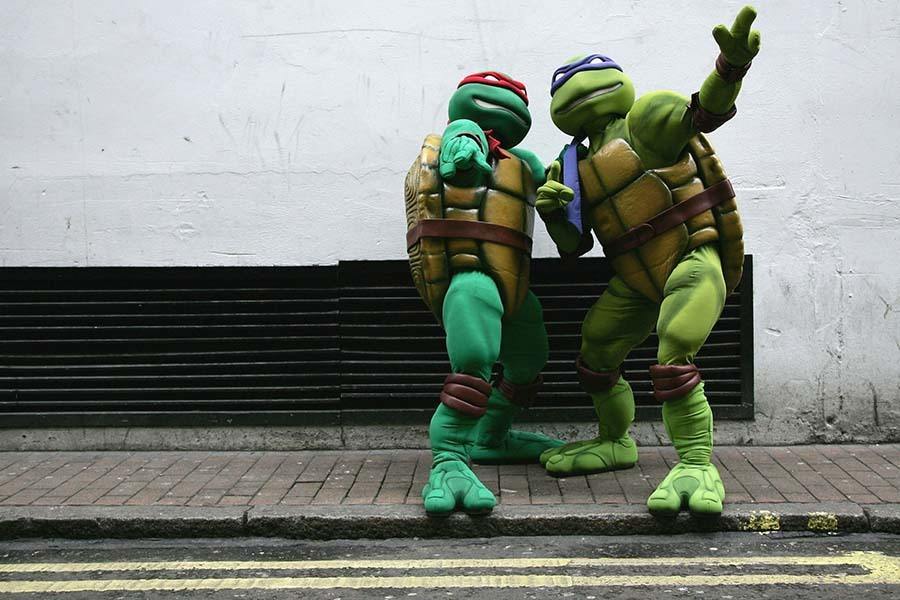 HAD IT NOT BEEN FOR A STUPID JOKE between friends, your beloved cast of mask-donning, nunchuck-wielding turtles may never have existed.

One November night in 1983, friends Kevin Eastman and Peter Laird had holed themselves up in Dover, New Hampshire’s Mirage Studios to work on the latest installment of their “Fugitoid” comic when inspiration struck, Eastman told The Week.

Eastman sketched what he called a “ninja turtle” — fitted with nunchucks and a mask — and showed it to Laird, who according to Eastman proceeded to draw “a cooler one.”

Not one to be outdone by his friend, Eastman crafted several more shelled and dangerous turtles. “I had to top his sketch, so I drew four of them standing in a dramatic pose,” Eastman told The Week. “That was in pencil, but Pete inked it, and added ‘teenage mutant’ to the ‘ninja turtle’ part.”

And thus a legend was born — though initially neither Eastman nor Laird considered their late-night sketches to be anything serious.

“We were just pissing our pants that night, to be honest,” Eastman said. “[We thought] ‘this is the dumbest thing ever.’” 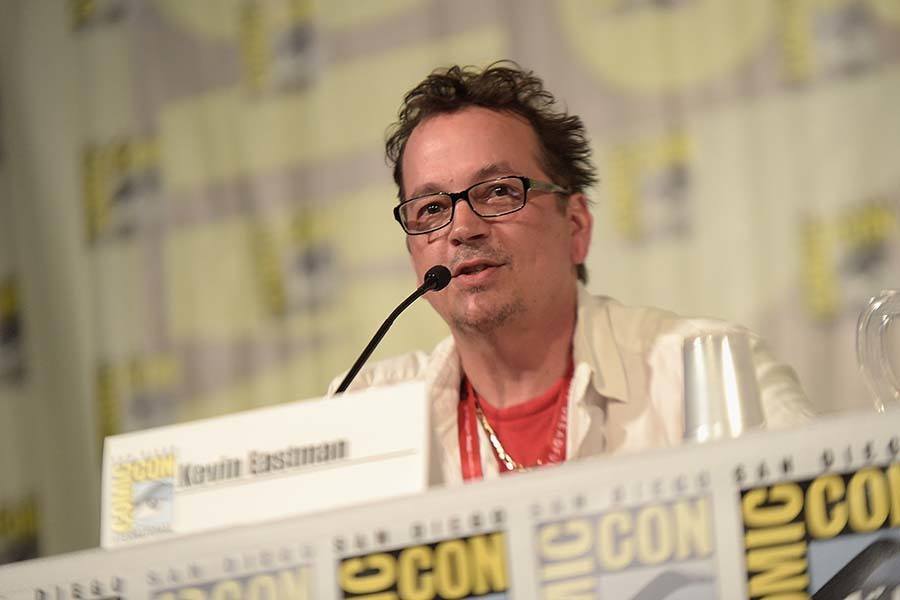 But as anyone who’s ever been to a summer blockbuster knows, dumb ideas can find an audience in just about any market pending on how they are presented, and so the duo decided to take their unlikely action figures more seriously.

As their “Fugitoid” story came to a close, the illustrators moved on to the Teenage Mutant Ninja Turtles, whose release was financed after “[borrowing] a bunch of money from my uncle,” Eastman wrote. And, of course, after they borrowed other comics’ ideas — namely, according to Eastman, elements from Cerebus, Ronan, and Daredevil.

Soon enough, Laird and Eastman were ready to debut their reptilian wonders to the media. According to the first press releases — which Eastman said were Laird’s idea — the comic “follows the adventures of four teenage turtles who have been trained in the secret martial arts of ninja — the shadow warriors of feudal Japan.”

Laird and Eastman told The Week that it was the Daredevil story that really shaped the Turtles’ narrative. In the Daredevil story, protagonist Matt Murdock is blinded after being struck by a radioactive isotope-carrying canister. In Eastman and Laird’s tale, the canister also collided with a bystander carrying his pets — four baby turtles. 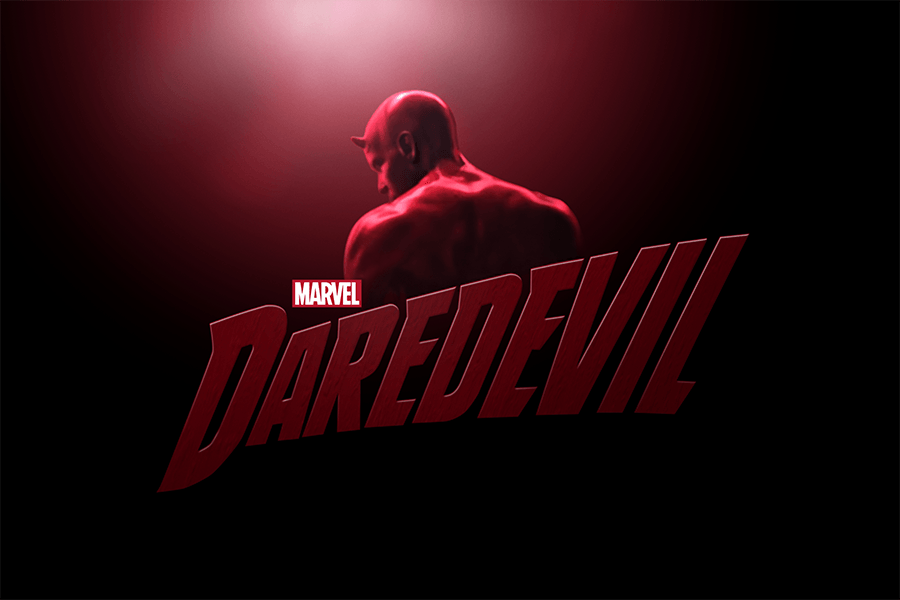 Daredevil served as the inspiration for much of the TMNJ plot. Thomas Gehrke/Flickr

The turtles, along with the canister, fall beneath the sewer grates only to be discovered by a rat named Splinter, who had once been the pet of now-deceased ninja warrior Hamato Yoshi and who Laird described as “a tip of the hat to the Daredevil supporting character Stick.” (Stick is the ninja master who taught Matt Murdock everything he needed to know in order to fight crime.)

Following Daredevil’s footsteps — in which Murdock combats The Hand — the mutant turtles would become embroiled in conflict with none other than The Foot, a group of ninjas led by the Shredder (the ninja who killed Stick’s owner, Yoshi). Why is “Shredder” the ultimate nemesis? According to Eastman, the name came from a metal cheese grater, which he viewed as “a potential weapon in the hands of the wrong person.”

As for the turtles’ names, an art history textbook — specifically Laird’s copy of Janson’s History of Art — provided the inspiration the friends needed. 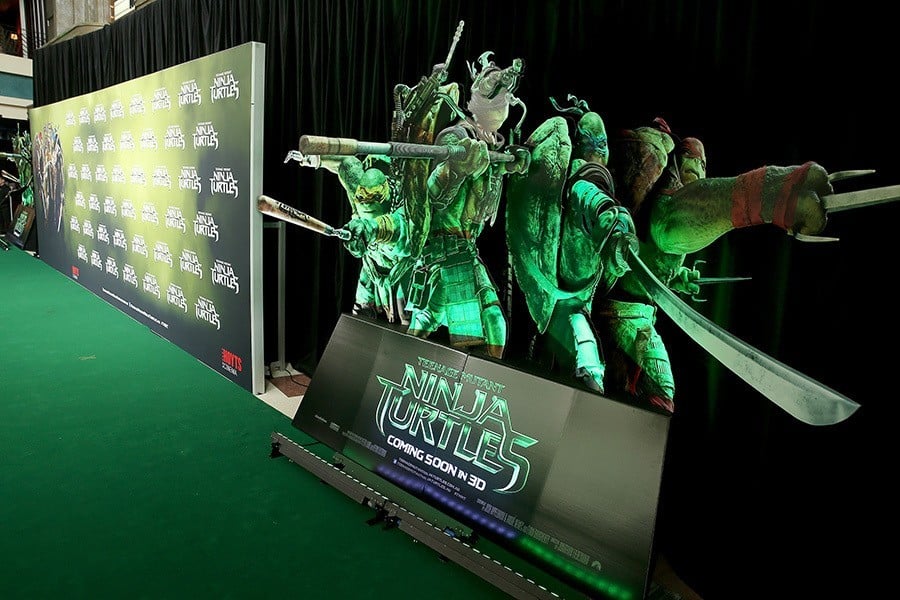 Decades later, Laird and Eastman’s “dumb idea” has translated into a multimillion dollar industry. The 2014 film, Teenage Mutant Ninja Turtles, earned over $190 million in the United States — or over 41 million copies of the first TMNT book in 2016 dollars.

To what do its creators attribute their success? “I think we came out with something people wanted to see at that time (with the door completely opened by Wendy Pini’s “Elfquest,” Dave Sims “Cerebus,” and all the “Underground Comix” before them),” Eastman wrote.

“Or there was even more shit luck going on than I thought.”

Next, read about the most amazing discoveries people have made while on drugs.