Six Modern Buildings You Won’t Believe Are In Tehran, Iran 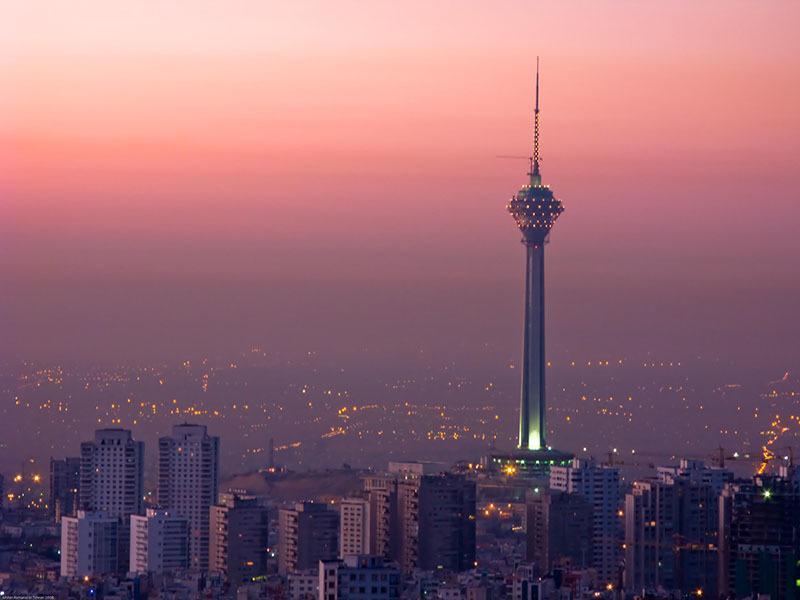 While Iran has seen waves of great political reform–and to some, regression–over the past several decades, both the monarchy and the current republic have used architecture to shape and reflect Iranian identity, especially in its capital city, Tehran.

Iranian architecture has a continuous history dating back to 5000 BC and is marked by its cosmic symbolism, inventiveness and geometric balance. During the Pahlavi dynasty, much of the architecture imitated European styles at the risk of losing specifically Persian identity. Since the revolution, architects have migrated toward modern designs fused with Iranian inspiration, particularly in the capital.

The same attention to detail that brought Persepolis to life can still be seen in contemporary Tehran architecture. And while some people may perceive Iran as a country clinging to anachronisms, these six buildings beg to differ. They embrace nature, bring in light and are changing the façade of the largest city in Western Asia: 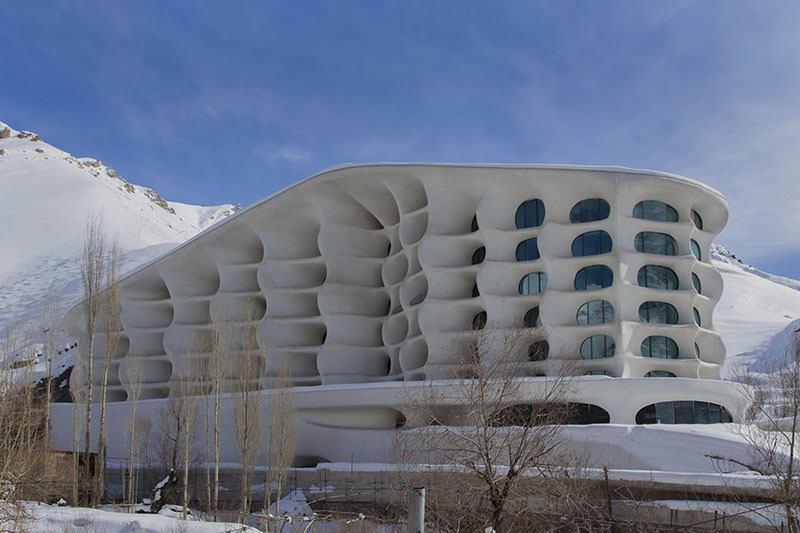 Many forget that the Alborz mountains make Iran a prime ski destination, and one that caters to a pretty high-profile clientele. Located just outside of Tehran is the Barin Ski Resort, whose form was inspired by igloos. 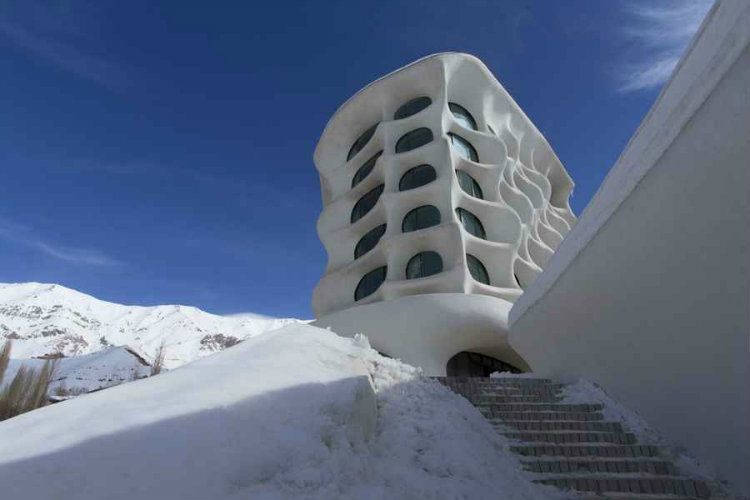 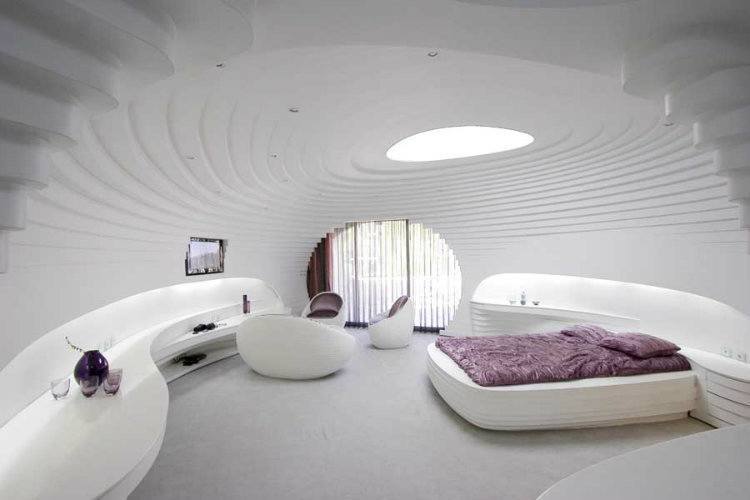 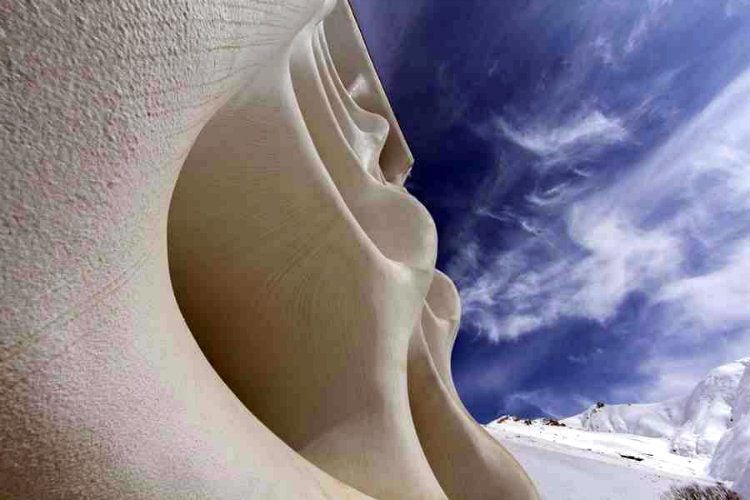 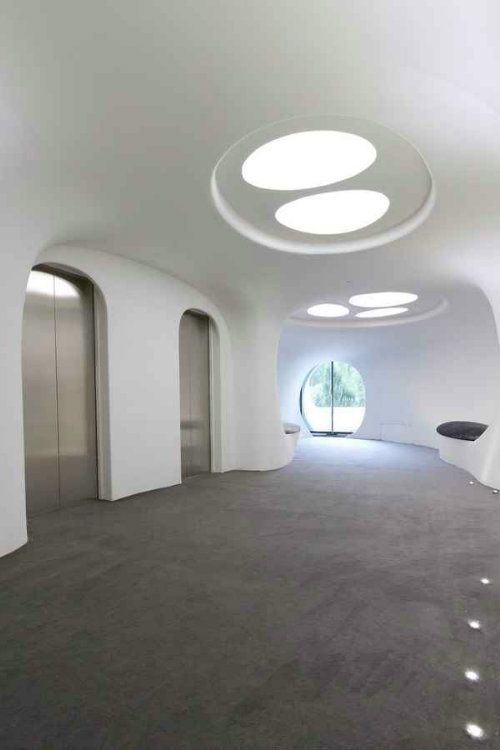 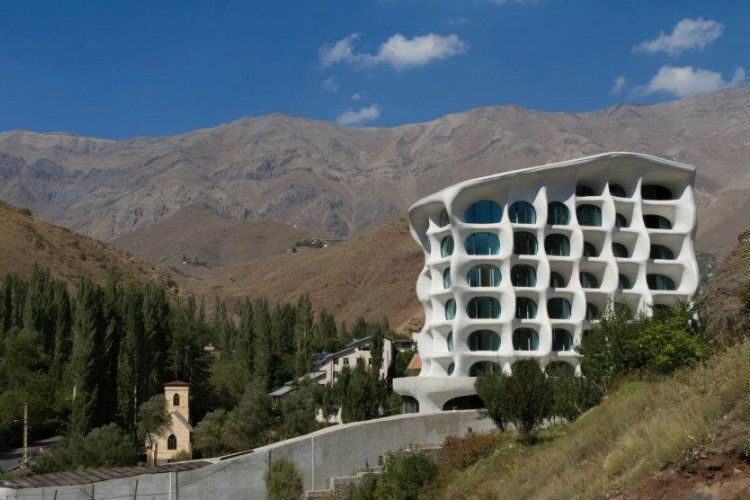 1 of 5
The Barin Ski Resort’s unique attention to detail and carving harkens back to ancient mosque and temple designs of Tehran. Only this building makes you think you’re traveling with the Jetsons. Source: e-Architect
2 of 5
Located an hour outside of Tehran, RYRA Studio designed this resort to blend into the mountainside when snow-covered, as it bridges the gap between nature and architecture. Source: e-Architect
3 of 5
The architects focused on form and flexibility when designing the resort. Its organic shape nestles easily into the surrounding landscape. Source: e-Architect
4 of 5
The building’s interior is modern and almost “space age,” with its curved walls, recessed lighting and minimal décor. Source: e-Architect
5 of 5
The designers were inspired by igloos and used topographic layers to mimic ice blocks in the interior rooms. Sunlight streams through intelligently-placed windows and bathes the area in natural light. Source: PBS