Due to a murderous plot, 11-year old Terry Jo Duperrault spent 84 grueling hours alone at sea until she was rescued.

In 1961, a picture was snapped of a young girl who was discovered adrift, alone, on a small lifeboat in the waters of the Bahamas. The story of how she ended up there is much more horrifying and bizarre than one can imagine. 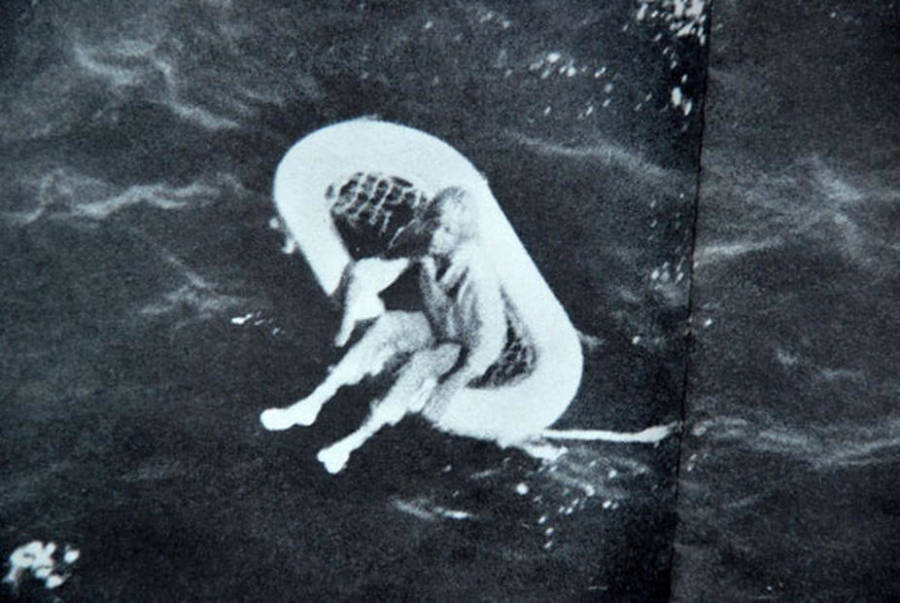 He had been scanning the waters of the Northwest Providence Channel, a strait that divides two major islands of the Bahamas, and one of the thousands of tiny dancing whitecaps in the distance caught the officer’s eye.

Among the hundreds of other boats in the channel, he focused on that single dot and realized it was too large to be a piece of debris, far too small to be a boat that would travel that far out to sea.

He alerted the captain, who put the freighter on a collision course for the speck. When they pulled up alongside it, they were shocked to discover a blonde-haired, eleven-year-old girl, floating by herself in a small, inflatable lifeboat.

One of the crew members took a picture of her squinting into the sun, looking up at the vessel that had saved her. The image made the front page of Life magazine and was shared around the world.

But how did this young American child find her way to the middle of the ocean all alone? 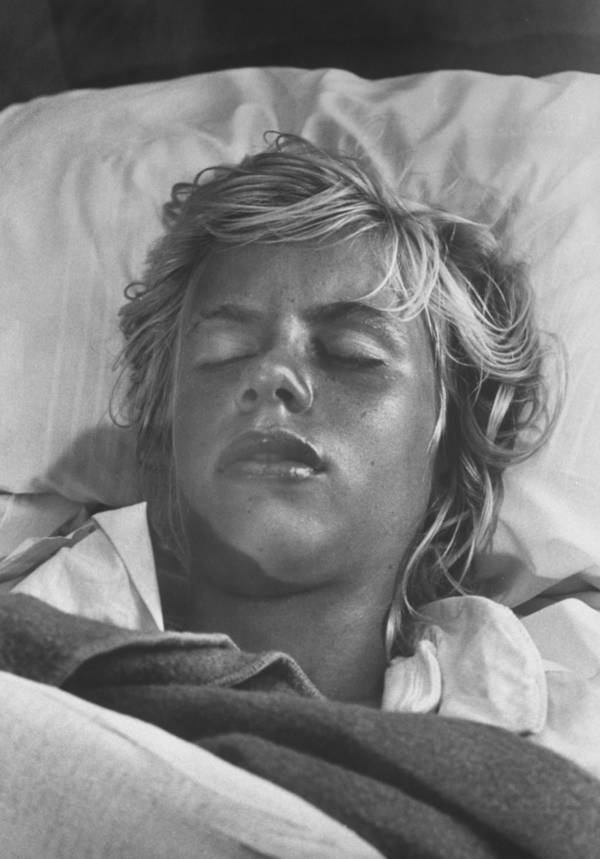 The story begins when her father, a prominent optometrist from Green Bay, Wisconsin named Dr. Arthur Duperrault, chartered the luxury yacht the Bluebelle from Ft. Lauderdale, Florida to the Bahamas for a family trip.

He also brought his friend and former Marine and World War II veteran Julian Harvey as his skipper, along with Harvey’s new wife, Mary Dene.

By all accounts, the trip was going swimmingly, and there was little friction between the two families throughout the first five days of the journey.

On the fifth night of the cruise, however, Terry Jo was awoken by “screaming and stamping” on the deck above the cabin in which she slept.

Talking to reporters later, Terry Jo recalled how she, “went upstairs to see what it was, and I saw my mother and brother lying on the floor, and there was blood all over.”

She then saw Harvey walking towards her. When she asked what happened he just slapped her in the face and told her to go down below deck.

Terry Jo once more went above deck, when the water levels began to rise on her level. She ran into Harvey again, and asked him if the boat was sinking, to which he replied, “Yes.”

He then asked her if she had seen the dinghy that was moored to the yacht break loose. When she told him she had, he jumped into the waters towards the loose vessel. 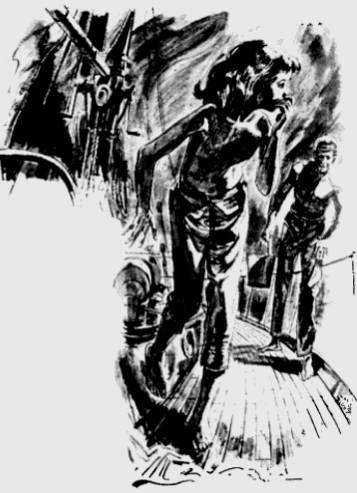 Isa Barnett/Sarasota Herald-TribuneIllustration depicting Terry Jo’s interaction with Julian Harvey on the deck of the yacht.

Left alone, Terry Jo remembered the single life raft aboard the vessel and embarked on the tiny boat out into the ocean.

Without food, water, or any covering to protect her from the heat of the sun, Terry Jo spent 84 grueling hours before she was rescued by the Captain Theo.

Unbeknownst to Terry Jo Duperrault, by the time she woke up on November 12, Harvey had already drowned his wife and stabbed the rest of Terry Jo’s family to death.

He likely killed his wife to collect on her $20,000 double indemnity insurance policy. When Terry Jo’s father witnessed him killing her, he must have killed the doctor, and then proceed to kill the rest of her family.

He then sunk the yacht they were on and escaped on his dinghy with his wife’s drowned corpse as evidence. His dinghy was found by the freighter the Gulf Lion and brought to a U.S. Coast Guard site.

Harvey told the Coast Guard that the yacht had broken down while he was on the dinghy. He was still with them when he heard that Terry Jo had been discovered.

“Oh my god!” Harvey reportedly stammered when he heard the news. “Why that’s wonderful!”

The next day, Harvey killed himself in his motel room, slitting his thigh, ankle, and throat with a double-edged razor. 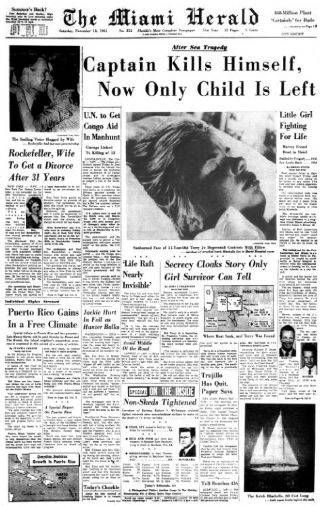 To this day, why Harvey decided to let the young Terry Jo Duperrault live is unknown.

Some at the time hypothesized that he had some kind of latent desire to be caught, as little else would explain why he would have no qualms killing the rest of her family, but mysteriously left Terry Jo Duperrault alive.

Whatever the case, this bizarre act of mercy the case resulted in the media phenomenon of the “sea waif” that captured the nation.

Enjoy this article on the miraculous survival story of Terry Jo Duperrault? Next, read the horrific true story of the Amityville murders behind the movie. Then, learn about the 11-year-old pregnant Florida girl forced to marry her rapist.