Rhinos And Elephant-Like Creatures Once Roamed Texas 11 Million-Years-Ago, According To New Study

4,000 fossils excavated during the Great Depression revealed that the coast of Texas was once filled with rhinoceros, elephant-like mammals, and ancient wild dogs. 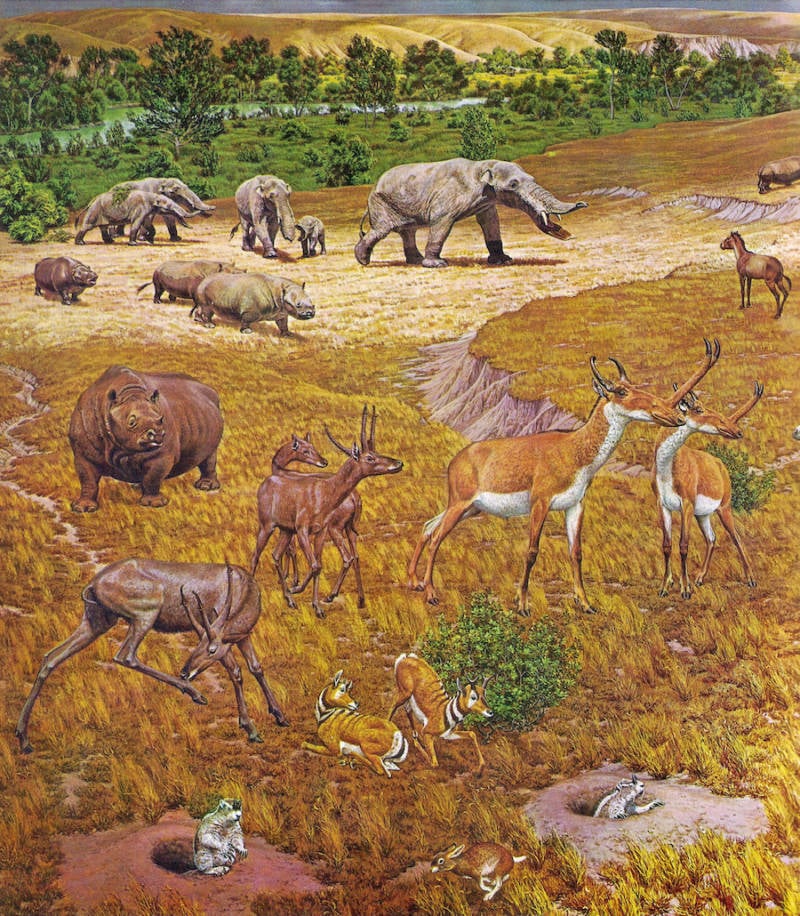 Some say everything is bigger in Texas, and they’re right — at least when it comes to ancient fauna. According to Smithsonian Magazine, a new analysis from the University of Austin revealed that the Lone Star state used to be home to a myriad of prehistoric animals. Among the creatures were rhinoceros, elephant-like mammals, antelope, and alligators, causing researchers to call the ancient landscape a “Texas Serengeti”.

“It’s the most representative collection of life from this time period of Earth history along the Texas Coastal Plain,” Steven May, a researcher from the University of Texas’ Jackson School of Geosciences who led and authored the study, stated in a press release.

The study assessed a collection of 4,000 ancient specimens that were gathered by civilian workers as part of a project under the State-Wide Paleontologic-Mineralogic Survey that was funded by the Works Progress Administration during the Great Depression.

Roughly 8.5 million people nationwide were employed by the Works Progress Administration to reduce skyrocketing unemployment, some of whom were hired as amateur fossil hunters and paid $0.20 an hour to dig up bones.

May and his team at the University of Texas examined the expansive collection of bones, teeth, and tusks that were collected in this period. The specimens had originated from 50 different species of animals that lived along the Texas shoreline some 11 million-years-ago.

At this time, the environment along the Texas Gulf Coast was a hybrid of woodland and grassland, featuring a wide floodplain and rivers which closely resembled the African Serengeti as it is today, Gizmodo reported.

Incredibly, researchers found that ancient Texas was full of a variety of animals. Among the species that were identified by paleontologists was a new genus of large animal called gomphothere, which had shovel-shaped jaws and are believed to be an extinct relative of elephants. The collection also boasted the oldest alligator fossil found in North America. 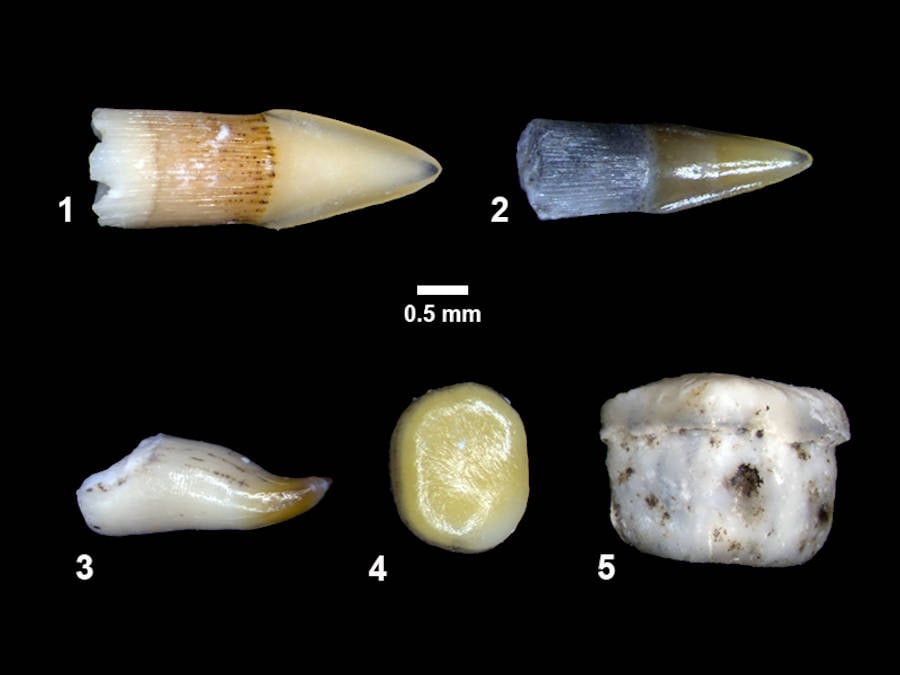 Steven R. MayTeeth specimen dug up from sites across Texas.

During the old survey, thousands of bones were excavated by for-hire fossil hunters across the state, including four sites in Bee and Live Oak counties. One of the sites was on a ranch near Beeville owned by John Blackburn, who was more than eager to accommodate researchers.

“We’re thrilled to be a part of something that was started in 1939,” Blackburn said. “It’s been a privilege to work with UT and the team involved, and we hope that the project can help bring additional research opportunities.”

Interestingly enough, much of the collection housed at the Texas Vertebrate Paleontology Collections at the Jackson School Museum of Earth History are larger specimens, like tusks and skulls.

This is because the fossil collectors were not formally trained paleontologists and, therefore, mostly ignored the smaller bones that they came across. Instead, they opted to dig up the bigger discoveries that were more easily identifiable.

To fill in the gaps of the old excavations, May’s team tracked down the original digging sites using aerial footage and notes from the survey program in the university’s archives so that they could pick up what was left. Things like, for example, tiny mouse bones which may be small, but provide significant insight to the entirety of the land’s ancient ecosystem. 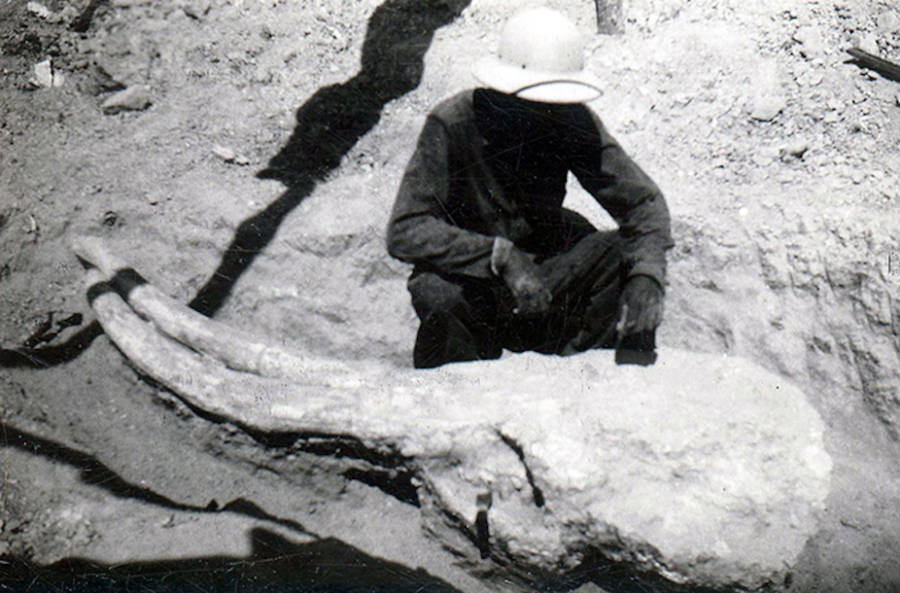 Over the years, the fossil collection from the State-Wide Paleontologic-Mineralogic Survey was examined in smaller chunks at a time by other researchers. But May’s study is the first to comprehensively examine the entire animal collection, including the fossils from his team’s independent excavation.

Next, discover extremely strange creatures caught by a Russian fisherman, then learn about the giant reptiles and marsupials that Indigenous aboriginals co-existed with over 17,000 years-ago in Australia.