Aboriginal Australians Co-Existed With Giant Reptiles And Marsupials For Over 17,000 Years

A new discovery shows that these enormous megafauna went extinct far later than researchers had thought. 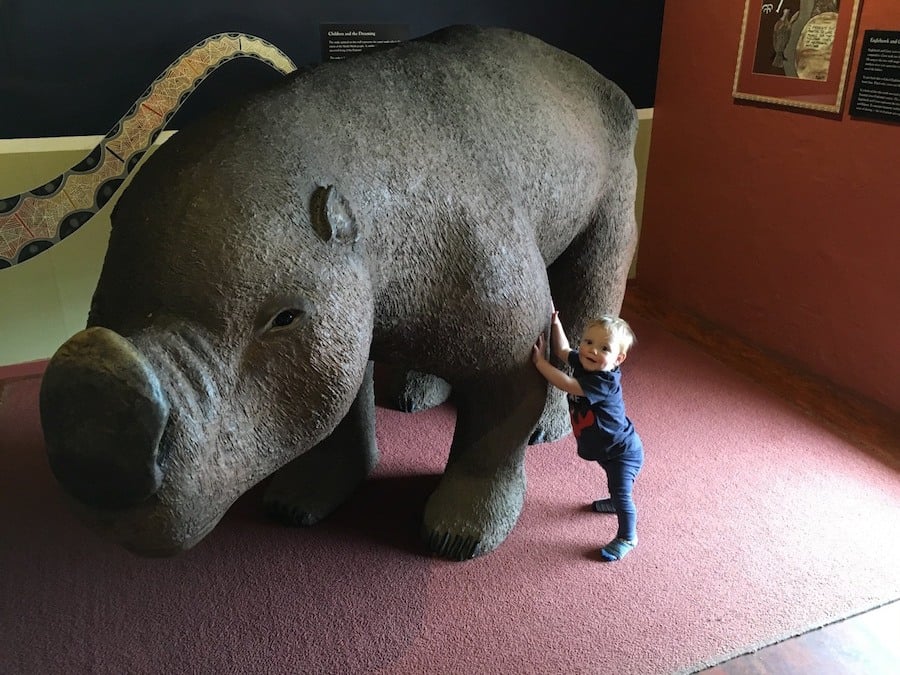 Contrary to prevailing thought, new research shows that early humans in Australia lived alongside giant reptiles, marsupials, and birds for thousands of years before these megafauna went extinct.

Researchers had assumed that these enormous animals went extinct soon after the arrival of the first Australians 50,000 years ago. But research from Griffith University, published in the Quaternary Science Reviews, has now dated the upper jaw of a Zygomaturus trilobus — a large, lumbering, wombat-like marsupial that was bigger than a bull — and found that it perished only 33,000 years ago.

“The Zygomaturus specimen shows that people and megafauna co-existed for at least 17,000 years,” the researchers wrote. “Of course our date at 33,000 years ago does not represent the extinction date of Zygomaturus, just the latest dated remains of this iconic species.”

While researchers know that the large marsupial had high flaring cheek bones, they don’t know much else about the animal. We do know, however, that it was just one of more than 45 possible megafauna species that went extinct sometime during the 50,000 years after the first Australians arrived — a time that leaves far more questions than answers.

“We know very little about its ecology, and we know even less about when and how it became extinct,” the researchers wrote, adding “Indeed the species seems to have existed up to the period where the climate began to change dramatically, known as the last glacial cycle leading up to the Last Glacial Maximum.”

Although researchers were able to use both uranium-series dating and stimulated luminescence dating on the Zygomaturus trilobus bone in question, they’ve not been able to find many other testable specimens.

For example, none of the megafauna bones that the researchers found in the fossil-rich Willandra Lakes Region, which they theorize become a refuge for both megafauna and people, had enough collagen left in the bone to be able to use carbon dating.

Thus, the time shared by the first Australians and the megafauna remains, as of yet, largely shrouded in mystery.

Next, sneak a peek at the first-ever unearthed dinosaur brain, before checking out what the newly discovered first-ever dinosaur tail feathers look like.