The gray wolf, called OR93, was born in Oregon in 2019 and began his journey south earlier this year, eventually trekking nearly 1,000 miles in search of new territory and a mate. 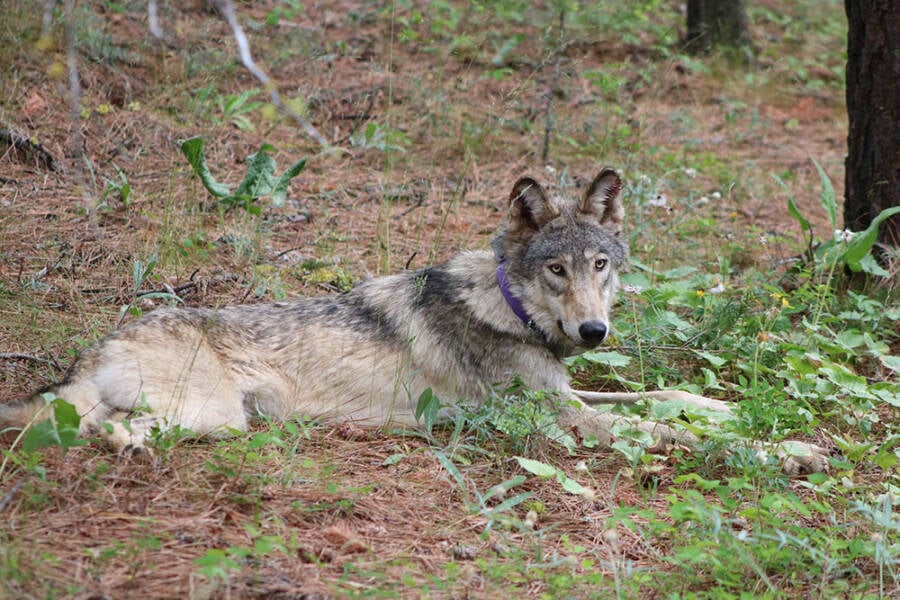 California Department of Fish and WildlifeOR93 (pictured) was found dead near a California interstate on Nov. 10, 2021.

The first gray wolf to have trekked across Southern California in a century was just found dead outside of Los Angeles. Wildlife officials believe that the wolf, called OR93, was struck by a vehicle while crossing Interstate 5.

Born in Oregon in 2019, OR93 was fitted with a GPS collar in 2020 and trekked nearly 1,000 miles south, becoming something of a celebrity in the process. The radio collar stopped working in April, by which time he had managed to make it to San Luis Obispo. Trail camera traps later captured him in Kern and Ventura Counties in September.

But then, on Nov. 10, 2021, a truck driver spotted his carcass on a trail near an access road that runs along Interstate 5 in Lebec, Kern County, about 75 miles northwest of L.A’s downtown. According to the California Department of Fish and Wildlife, the two-year-old was identified by his collar and transported to the Wildlife Health Laboratory in Rancho Cordova for a necropsy.

While injuries on his abdomen, left rear leg, and dislocated knee were consistent with an accidental vehicle collision, OR93’s death has nonetheless left conservationists in mourning. 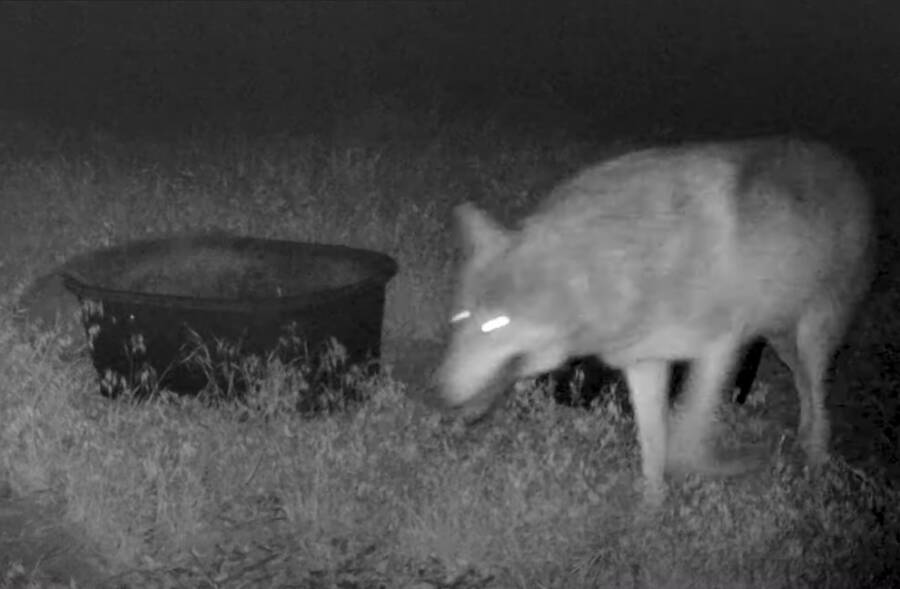 California Department of Fish and WildlifeOR 93 was spotted on a trail camera in Kern County, California, on May 15, 2021.

“I’m devastated to learn of the death of this remarkable wolf, whose epic travels across California inspired the world,” said Amaroq Weiss of the Center for Biological Diversity.

“In this annual time of reflection, I thank him for the hope he gave us and for a brief glimpse into what it would be like for wolves to roam wild and free again.”

Wildlife officials believe that the two-year-old wolf trekked to California to seek out new territory and to find a mate, inspiring hope that the species might thrive again in their historic habitat.

While California was once a wolf territory, the last documented gray wolf so far south in the state was captured in San Bernardino County in 1922. According to NPR, these predators were hunted, trapped, and killed so efficiently by European settlers that they nearly went extinct.

In recent years, gray wolves have slowly made inroads into California from other states, primarily Oregon. In the mid-2010s, a small family made it to Tahoe. But none had managed to venture so far south before OR93.

“OR-93’s epic California journey was a beacon of hope in a time when other states are waging a brutal war on wolves, killing them by the hundreds,” said Weiss. “He was simply doing what wolves do, heading out on his own, searching for a mate.” 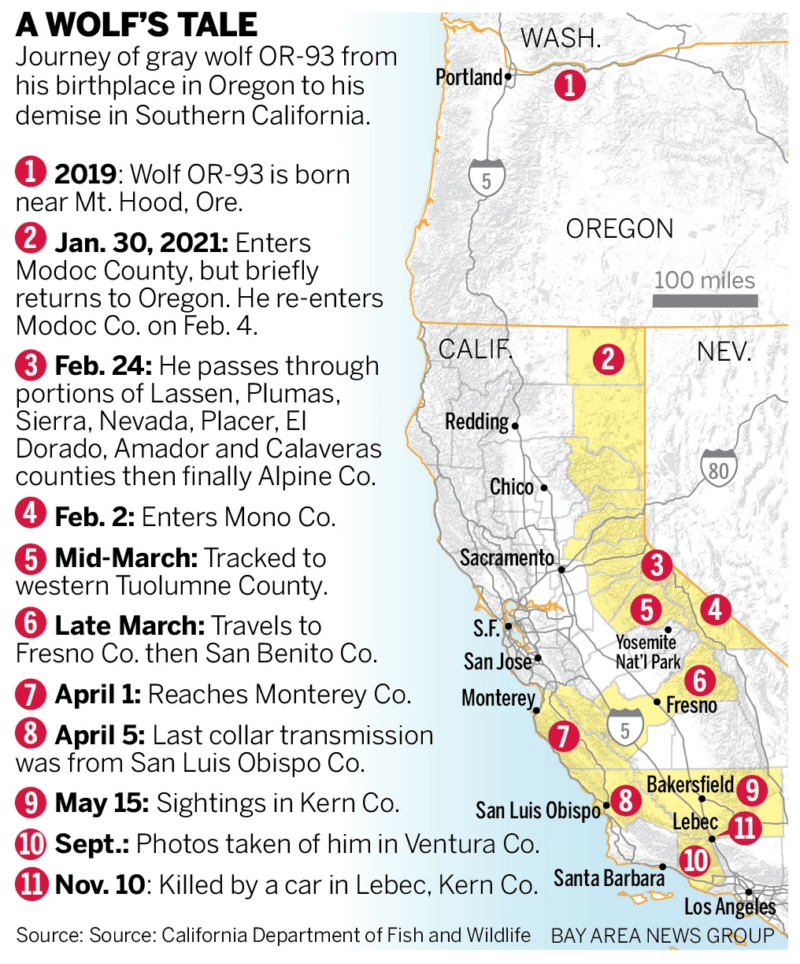 California Department of Fish and WildlifeThe highlights of OR93’s journey.

Dodging cars on highways and hunters on ranchlands, OR93 arrived in California’s San Luis Obispo County on April 5, 2021. He had traveled at least 935 miles across California’s Sierra Nevada mountains to Yosemite National Park and wandered into an agricultural area near Fresno.

Along the way, OR93 managed to cross three of the busiest freeways in the state before his radio collar suddenly stopped working. However, it didn’t emit a “mortality signal,” suggesting it malfunctioned. And he was spotted in Ventura County in September. Unfortunately, the next sighting was his last — two weeks before Thanksgiving.

Weiss explained that California has only about 20 other gray wolves scattered across two counties today. The death of OR93 has spurred her to reiterate the importance of wildlife crossings, which could help prevent an estimated 365 million animal deaths by collisions every year.

“I always knew the odds of his finding another wolf on the Central Coast were slim to none, but his relentless wanderings seeking a kindred spirit connected him to the hearts of so many,” said Weiss.

“He won’t be forgotten, and we’ll honor his memory by continuing to fight for the safety of wolves everywhere.”