The parents made their way south into Colorado from Yellowstone National Park in 2019. Until one of them gave birth, officials believed they were both male. 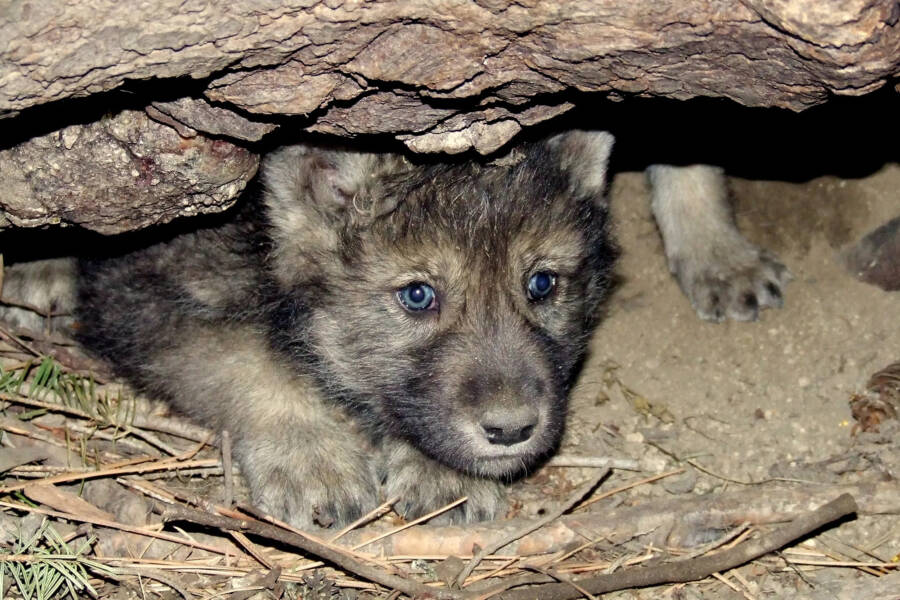 U.S. Fish and Wildlife Service/FlickrFor the first time since 1940, gray wolf puppies have been born in the wild in Colorado.

Colorado is officially home to its first litter of gray wolf pups since 1940, when decades of federally backed hunting and trapping caused the extinction of the species in the state.

Colorado Parks and Wildlife (CPW) made the historic announcement earlier this month, confirming that at least three gray wolf pups have been spotted. According to Smithsonian Magazine, the three pups are the first tangible result of a recently approved ballot measure to reintroduce the species on public lands by 2023.

“We welcome this historic den and the new wolf family to Colorado. With voter passage last year of the initiative to require reintroduction of the wolf by the end of 2023, these pups will have plenty of potential mates when they grow up to start their own families.” 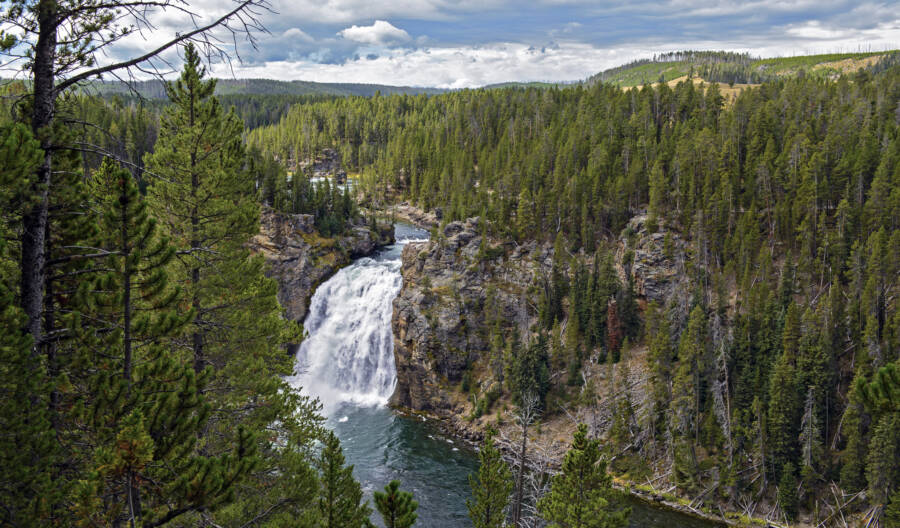 Jerry and Pat Donaho/FlickrGray wolves were reintroduced in Yellowstone National Park across Idaho and Wyoming in the 1990s — leading to Colorado’s resurgence today.

The gray wolves’ den is located in Jackson County, near the northern border of Colorado with Wyoming, where the parents migrated from. Colorado hunters first reported seeing two adult gray wolves in 2019, and CPW staff soon confirmed the sightings.

Officials monitored the pair’s movements in Colorado for the past two years. Although, due to a classification error when the wolves were collared and tagged at birth in Yellowstone National Park, department staff assumed both to be male — until they noticed that one had retreated into a den.

Now, with the emergence of three newborn gray wolf puppies from the den, officials realize they had female and male pair all along. CPW made the announcement following three separate observations between June 4 and June 8 of the pups playing with their parents.

Wolf litters usually consist of between four and six pups, so officials do not rule out the possibility of additional gray wolf pups in the family. For now, department staff is monitoring at a safe distance, though and have yet to photograph these new Colorado residents. 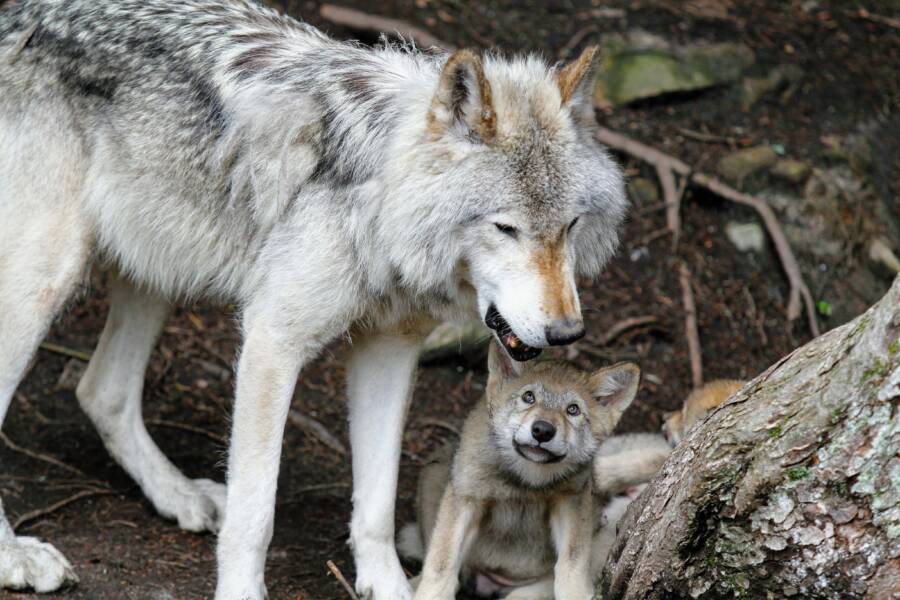 “We are continuing to actively monitor this den site while exercising extreme caution so as not to inadvertently jeopardize the potential survival of these pups,” said CPW wildlife biologist Libbie Miller.

“Our hope is that we will eventually have photos to document this momentous occasion in Colorado’s incredible and diverse wildlife history, but not bothering them remains a paramount concern.”

The journey to this point has been long and difficult. Gray wolves were once numerous throughout North America. But by the mid-20th century, westward expansion and hunting had reduced their numbers to only 1,000, mostly in northern Minnesota.

Gray wolves received federal protection in the 1960s, and conservationists reintroduced them to Yellowstone National Park beginning in the 1990s. From there, gray wolves spread throughout the west, including Washington, Oregon, and California. Now, about 6,000 live in the Rocky Mountain and coastal region.

A subspecies known as the Mexican gray wolf was also reintroduced into Arizona and New Mexico, where they have similarly rebounded. But it wasn’t until the announcement of the new litter that gray wolves were confirmed making their home in Colorado. 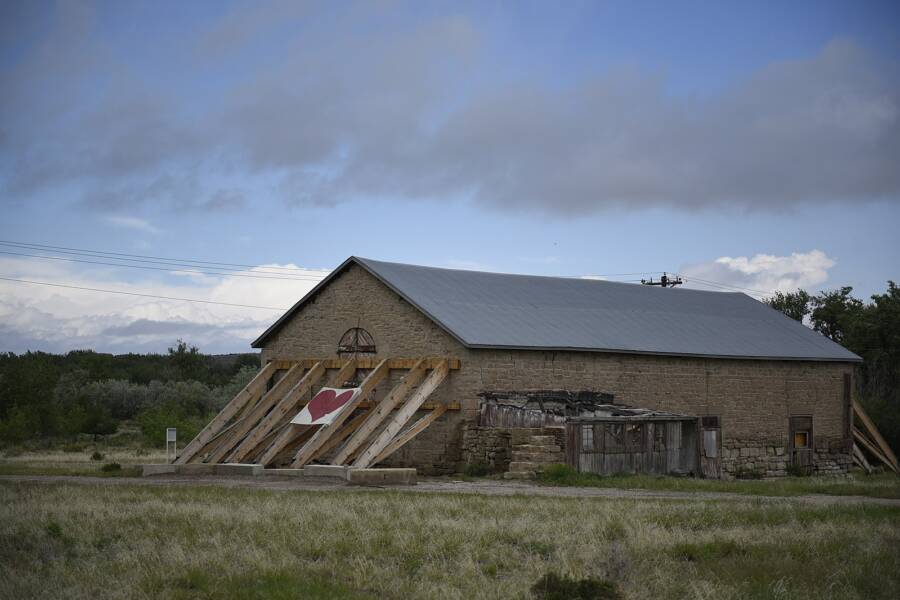 PEO ACWA/FlickrColorado’s ranchers and farmers opposed a ballot measure to reintroduce gray wolves into the state, citing the danger to their livestock. Officials say the threat is minimal.

In 2020, Colorado narrowly passed a ballot measure mandating the reintroduction of gray wolves to the state by 2023, fueled mainly by high turnout among urban voters. Opposition primarily came from those in the ranching, farming, and hunting communities, who say the wolves threaten their livestock and ability to hunt deer and elk.

CPW says the danger is severely overstated — in Idaho, for example, wolf kills amount to 0.02 percent of the state’s livestock at most — though the department has promised to compensate ranchers for any animals these wolves might kill.

And despite the removal of gray wolves from the federal endangered species list last year, they are still protected in Colorado. Penalties for killing one include a $100,000 fine, loss of hunting privileges, and up to a year in prison.

“It’s incredible that these two adult animals have traveled the distance and overcome the challenges they have to get here, and to now have pups in Colorado,” said CPW wildlife manager Kris Middledorf.

“It’s our priority to ensure that they have the chance to thrive, so even as we have exciting news, we want to remind everyone that these animals remain endangered in Colorado.”

After reading about the gray wolf pups spotted in Colorado, learn about the Yellowstone mountain lions dying of the plague. Then, read about the first Tasmanian devils born on the Australian mainland in 8,000 years.