Titanoboa: The Monster Snake Of The Paleocene Epoch 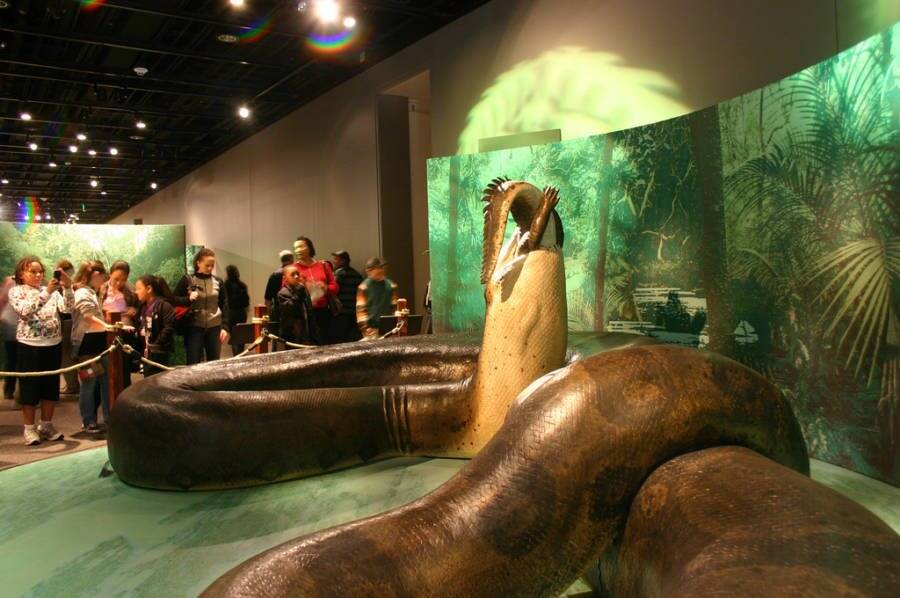 Imagine a snake. Now, imagine that it’s 45 feet long and weighs 1.25 tons. That’s what the terrifying Titanoboa cerrejonensis, or Titanoboa looked like.

“The snake’s body was so wide that if it were moving down the hall and decided to come into my office to eat me, it would literally have to squeeze through the door,” explained Jason Head, a paleontologist who studied Titanoboa.

The monstrous snake lived some 60 million years ago. After the extinction of the dinosaurs, it zipped up the food chain and quickly came to dominate the tropical jungles of present-day South America.

When its killer gaze latched onto five-foot giant turtles or 20-foot long crocodiles, the Titanoboa likely waited in shallow water for its prey to approach. Once the unfortunate animal got close enough, the snake would strike — and crush its meal to death. 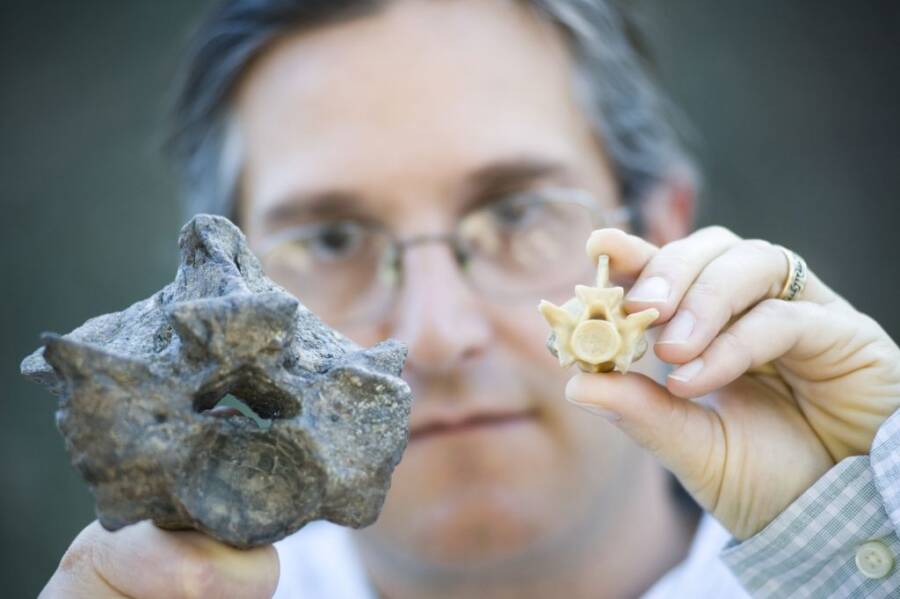 Though this ancient animal terrorized the world for millions of years, it took a long time for modern-day humans to realize that it had even existed.

In 2002, a fossilized leaf discovered in a Colombian coal mine convinced scientists that a rainforest had once flourished at the same site. Indeed, they soon found fossils of giant turtles and crocodiles, as well as early bananas, avocados, and bean plants.

But of all the finds, one stood out: a massive vertebra. Convinced that it had once belonged to a snake, possibly one caught in a muddy landslide, researchers scoured the ground for more bones.

In the end, they found the remains of not one but 28 enormous snakes. Thrillingly, they also found three snake skulls — which can be elusive. Snakes use the muscles in their mouths to kill, not their bones, and skulls often disintegrate over time.

As for those crocodile and turtle fossils? Likely the giant snakes’ unfortunate victims. Titanoboa, surmised the scientists, had once dominated the animal kingdom.