The pomp and circumstance of the American presidency can often mask its dark underbelly. And when it comes to that underbelly, presidential sex scandals are almost as old as the nation itself.

Sometimes, it takes the cold eye of history to understand a scandal in full — like Thomas Jefferson’s relationship with his slave, Sally Hemings. Other times, the country has watched a scandal unfold before their eyes — like Bill Clinton’s affair with Monica Lewinsky.

Every scandal is different. But each one fascinates because they prove that, behind the presidential seal, the leader of the free world is not infallible. 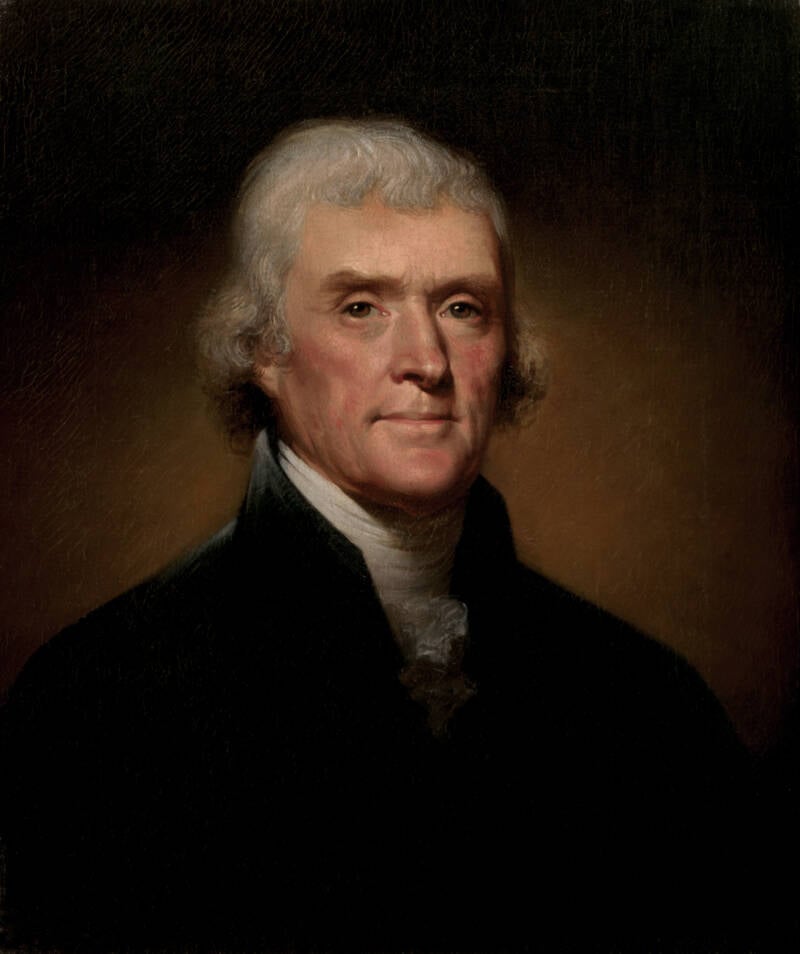 Wikimedia CommonsThomas Jefferson allegedly had six children with Sally Hemings, an enslaved woman who could not consent.

Shortly after Thomas Jefferson entered the White House in 1801, a journalist named James T. Callender published an explosive exposé. The president, Callender declared, had had a sexual relationship with one of his slaves.

“Her name is Sally,” Callender wrote in 1802. Calling her Jefferson’s “concubine,” Callendar claimed that the president had had, “several children by her.”

The subsequent scandal fizzled into nothing. Callendar had a well-known grudge against Jefferson and a reputation as a drunk. Indeed, he died the next year while drunkenly trying to bathe in the James River.

For two hundred years, Callendar’s allegations remained a rumor. But a 1998 DNA test published in Nature proved him right. Jefferson had indeed enslaved a woman named Sally Hemings and her descendants had traces of his DNA.

The story of this presidential sex scandal likely started in the 1780s. By 1784, Jefferson was a recent widower serving out a diplomatic mission in Paris. He brought an enslaved woman, Hemings, to Paris to help him take care of his daughter Maria, (nicknamed “Polly.”)

There, Jefferson’s eye fell on 14-year-old Hemings, who happened to be the half-sister of his deceased wife Martha. By the time they returned to the United States, Hemings was pregnant.

According to Hemings’s son Madison, however, Hemings had only agreed to leave France — where she was free — after making a deal with Jefferson. The future president “made a solemn pledge that her children should be freed at the age of twenty-one years.”

“She gave birth to four others,” Madison explained, “and Jefferson was the father of all of them. Their names were Beverly, Harriet, Madison (myself), and Eston.”

Though Jefferson avoided serious scandal in his lifetime, modern eyes have reevaluated his relationship with Hemings, recognizing it for what it was: rape. As an enslaved woman, Hemings could not have given consent. Although her children were freed, Hemings herself was never officially released from the bonds of slavery.