Grover Cleveland And Maria Halpin: One Of The First Presidential Sex Scandals 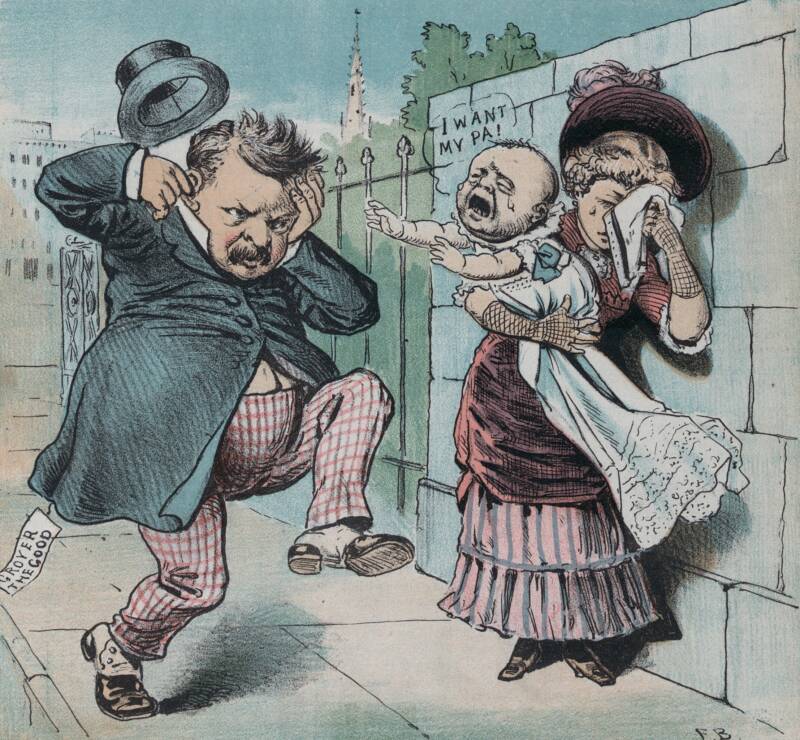 Wikimedia CommonsA cartoon from the scandal labels Cleveland as “Grover the Good,” since he was seen as politically moral but personally immoral.

When Grover Cleveland ran for president in 1884, jeering crowds often greeted him with an infamous chant: “Ma, Ma, Where’s My Pa?” By then, the nation was captivated by the allegation that Cleveland had fathered a child out of wedlock.

Actually, the allegations were worse than that. The Buffalo Evening Telegraph claimed in July 1884 that Cleveland had gotten a woman named Maria Halpin pregnant — possibly by rape — then sent her to an insane asylum and put up their child for adoption.

“Halpin said that Cleveland had pursued her relentlessly, and that she finally consented to join him for a meal at the Ocean Dining Hall & Oyster House,” reported the Chicago Tribune in October after interviewing Halpin. “After dinner, Cleveland escorted her back to her boarding house.

“In an 1874 affidavit, Halpin strongly implied that Cleveland’s entry into her room and the incident that transpired there was not consensual — he was forceful and violent, she alleged, and later promised to ruin her if she went to the authorities.”

Cleveland, however, insisted that Halpin had slept with lots of men in his circle. Though his presidential campaign admitted that he and Halpin were “illicitly acquainted,” the future president and his campaign suggested that he’d only claimed paternity because his friends were married. 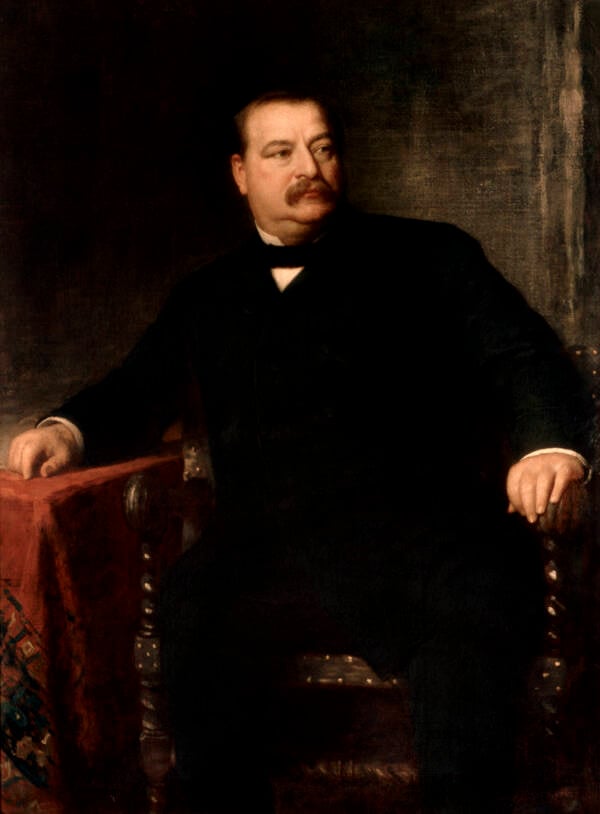 In the end, voters judged Cleveland as less corrupt than his opponent, James G. Blaine. After his presidential victory, Cleveland’s supporters smugly answered the “Ma, Ma, Where’s My Pa?” chant with “Gone to the White House, Ha, Ha, Ha!”

Cleveland drew headlines for another reason when he became the first president to get married at the White House. His bride, 21-year-old Frances Folsom, was his best friend’s daughter and 27 years Cleveland’s junior.