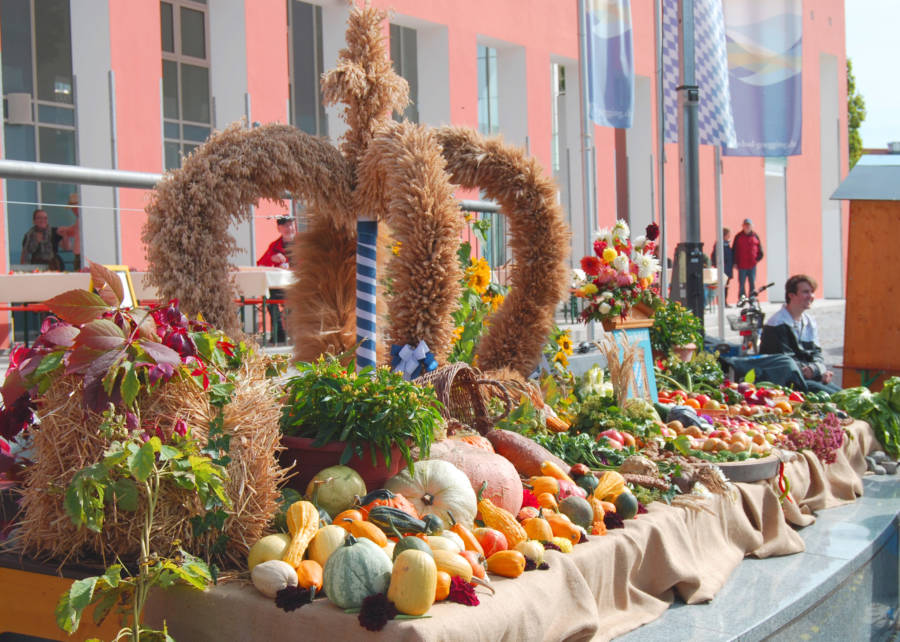 Germany’s Thanksgiving equivalent is known as Erntedankfest, which translates to “harvest thanksgiving festival.”

It is mostly celebrated by rural, religious groups, and is an opportunity for these farmland cultures to give thanks and honor their harvest.

It is celebrated in larger cities too but is more of a church service and not much like America’s Thanksgiving. There also isn’t any officially designated day for the celebration, and festivity dates vary across the country. Usually, its celebrated in mid-September or October, but since 1972, the German Catholic Church recommends celebrating on the first Sunday in October. This is not strictly followed, however.

The holiday isn’t just exclusive to Germany — most German-speaking countries also take part in the festivities, like Austria and Switzerland.

Because it has religious elements, Erntedank is often sponsored by both Christian and Protestant churches. The celebrations often begin with a church service for both the larger and smaller cities. In cities, the service is followed by a parade and the presentation of the “harvest crown,” or Erntekrone, to a designated Harvest Queen.

Churchgoers distribute leftover or surplus food to the poor. There are multiple church services throughout the day, and in the evening laternenumzüge or “lantern parades” are organized.

But even Germany’s Thanksgiving is still not as big a deal as it is in the United States.