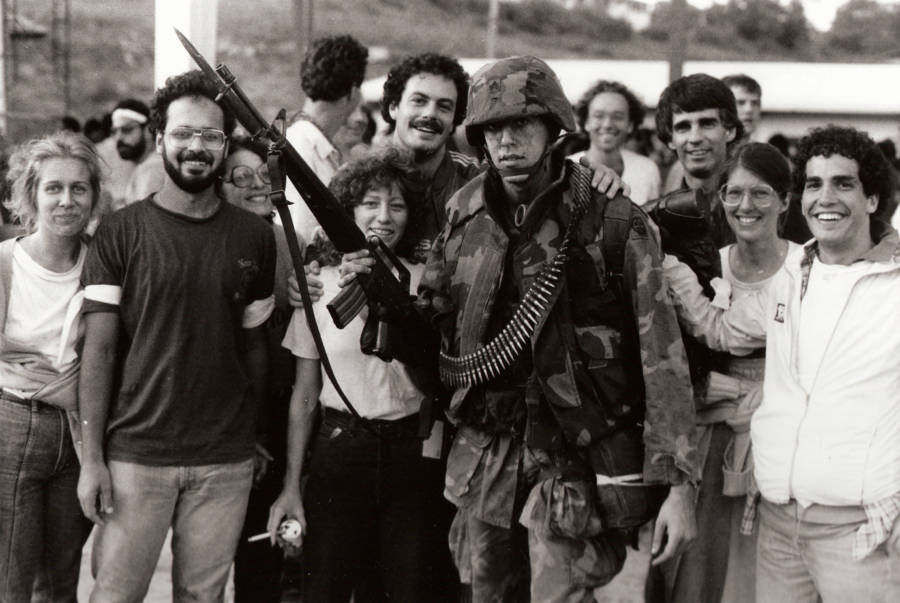 U.S. Department of DefenseAmerican students at St. George University on Grenada in 1983.

The small island nation of Granada celebrates Thanksgiving annually on Oct. 25. The tradition began in 1983 to commemorate the American and Caribbean intervention in Grenada.

Four years before the first-ever Grenadian Thanksgiving holiday, the country’s democratic government was overthrown in a coup led by an insurgent socialist dictatorship.

The original coup leader, Maurice Bishop, was murdered due to an internal power struggle within the regime. This spun the country into a full-blown downward spiral of power struggle and violent chaos.

President Ronald Reagan became increasingly invested in Grenada during this time particularly because there were U.S. students and faculty attending the U.S. medical school St. George’s University, based in the island nation.

After the island’s military dictator announced on Oct. 20 that anyone seen outside past curfew time would be shot on sight, the U.S. knew they needed to intervene.

Grenada was invaded by forces from the United States, the Regional Security System (RSS) and Jamaica on Oct. 25.

After the invasion and with the American Thanksgiving holiday approaching, U.S. soldiers shared their traditions and customs with the locals.

Grenadians, in an effort to show their gratitude, invited soldiers to eat with them on Thanksgiving. There they prepared some of the island nation’s standard plates — which are still consumed on the holiday today in thanks.