The True Story Of ‘The Conjuring 3: The Devil Made Me Do It’ And The Murder That Inspired It

The real story behind The Conjuring 3 saw 19-year-old Arne Cheyenne Johnson brutally murder his landlord in the sleepy town of Brookfield, Connecticut after claiming that he was possessed by a demon. 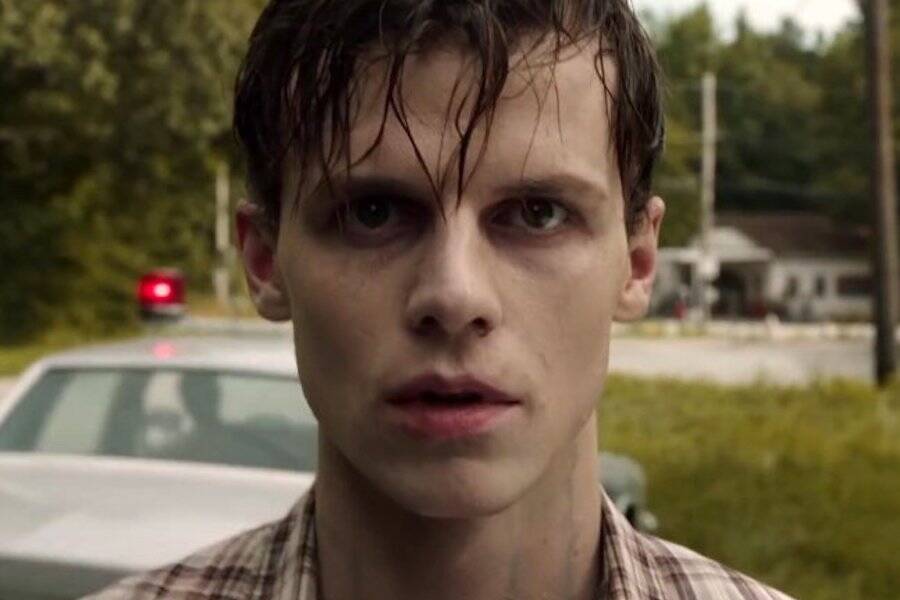 Warner Bros. PicturesRuairi O’Connor as Arne Cheyenne Johnson in The Conjuring: The Devil Made Me Do It (2021).

Paranormal horror is a staple of the movie industry, and James Wan’s The Conjuring series, which debuted in 2013, revived the genre like few films before it. And part of what made that movie and each subsequent entry so compelling and so terrifying is that they roots in real life. So when another film in the series came out in 2021, it left fans asking one big question: “Is The Conjuring 3 based on a true story?”

Released in 2021, The Conjuring: The Devil Made Me Do It was indeed rooted in the macabre and real-life murder trial of 19-year-old Arne Cheyenne Johnson, who was charged with killing his landlord Alan Bono in 1981. In court, Johnson notoriously claimed that he had been possessed by demons when he stabbed Bono to death — and that the devil made him do it.

The gruesome incident in Brookfield, Connecticut, marked the first time that anyone had been murdered in the town’s 193-year history, and Johnson’s shocking defense that a demon had commandeered him to kill had never been wielded in an American courtroom before.

Though Johnson’s case was thrillingly depicted onscreen in The Conjuring 3, director Michael Chaves took vast creative liberties with it. For instance, Johnson had claimed not to have any memory of the murder, leaving Chaves to interpret its details himself. With fictionalized suicide attempts and a fanatic occultist figure, the movie wasn’t exactly accurate.

So what is the true story of The Conjuring 3? Let’s take a look back at what might have really happened that bloody winter night in 1981.

“The Devil Made Me Do It”

Before his incident with his landlord that served as the true story behind The Conjuring 3, Arne Cheyenne Johnson had a spotless record. Living in the sleepy Connecticut town of Brookfield, Johnson was engaged to a woman named Debbie Glatzel, but all was not well with the couple.

Indeed, in the year leading up to the murder, Glatzel’s 11-year-old brother David had begun acting strangely. The child reportedly told both Johnson and Glatzel that he was tormented by an “old man with big black eyes, a thin face with animal features and jagged teeth, pointed ears, horns and hoofs.”

When Johnson stayed with the Glatzels to help, he began hearing noises from the attic himself. The Glatzels consequently called paranormal investigators Ed and Lorraine Warren in desperation when David began hissing, seizing, and speaking in odd voices. The Warrens concluded that David was possessed by a demon, even though various psychiatrists diagnosed him with a learning disability. 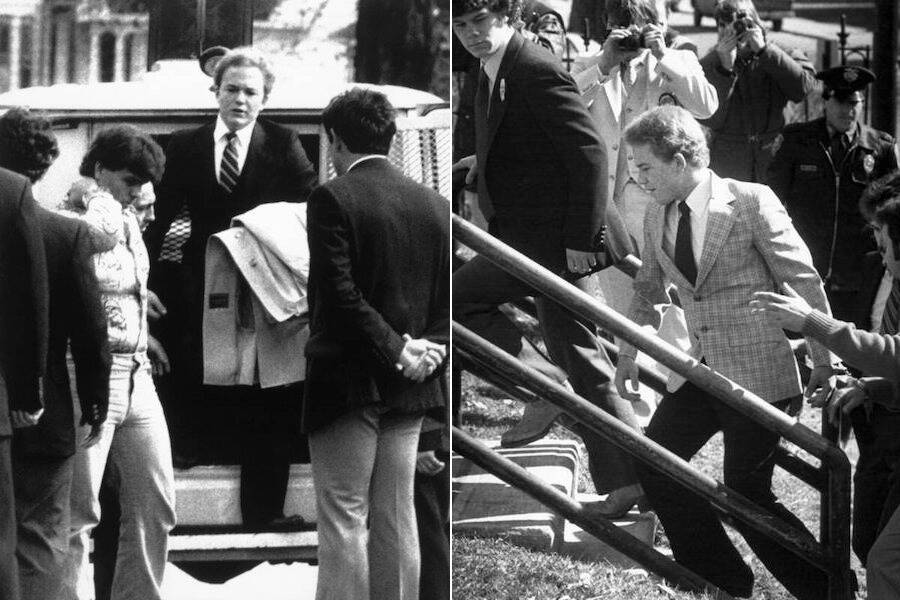 Nevertheless, the family called in the Church. With priests present, the Warrens conducted three exorcisms on David, who allegedly levitated and even predicted that Johnson would kill someone. In October, Johnson allegedly told the demon to “take me on” and leave David in peace.

He claimed in court to have peered into a local well where David said he had first met the demon. Johnson then began falling into trances, growling, and hallucinating — all of which he wouldn’t remember afterward.

Finally on Feb. 16, 1981, the true story behind The Conjuring 3 came to a head. Johnson was meeting with Glatzel at a dog kennel owned by Alan Bono, who was also Johnson’s landlord. Glatzel worked there grooming the dogs and had brought her nine-year-old cousin Mary along that day.

When Bono reportedly grabbed Mary in a drunken rage, Glatzel claimed Johnson flew into a rage himself, growling like an animal, in an effort to get Bono off of her. He wound up fatally stabbing Bono with a five-inch pocket knife in the stomach and chest.

Johnson was arrested two miles away and brought to trial in November. To the bafflement of the courtroom, Johnson claimed he didn’t remember anything from the murder — because he was possessed by a demon at the time.

The True Story Of The Conjuring 3

Both the Arne Johnson case and The Conjuring 3 concluded in the same way: with no proof that demonic possession caused Bono’s murder. Yet Johnson was convicted of first-degree manslaughter on Nov. 24, 1981, and sentenced to 10 to 20 years. 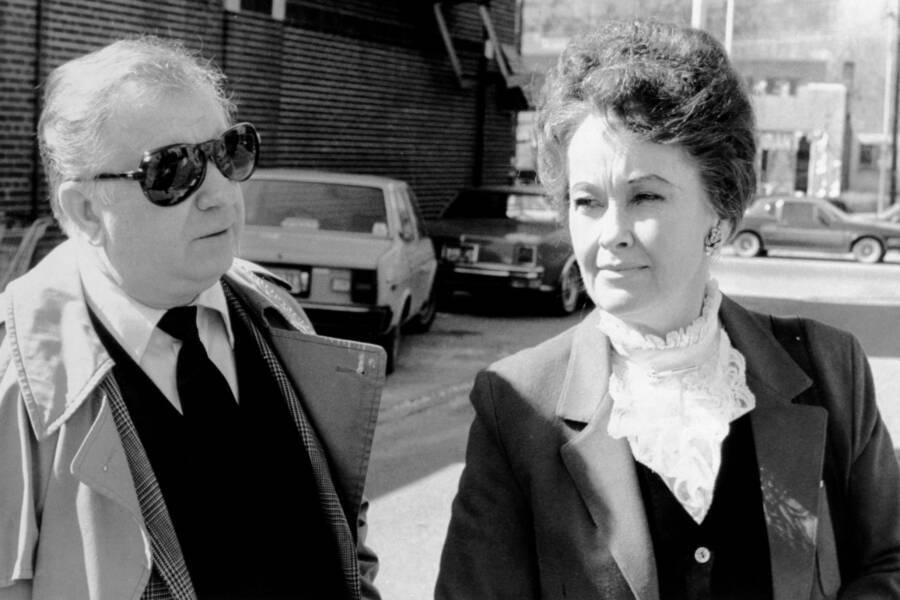 In the movies, both Ed and Lorraine Warren are present at the trial as they were in reality. It’s important to note that the Warrens were the basis of the previous two Conjuring films, which was based loosely on their real-life investigations of the so-called Enfield Haunting in England.

While some considered the paranormal couple credible, others believed they were simply con artists.

But if the Warrens are to be believed, then The Conjuring 3 painted over the facts of Johnson’s case in broad strokes. According to Ed Warren, for instance, Arne Johnson wasn’t possessed by Satan, but by 43 different demons. Furthermore, a subplot in the film about an occultist priest who purposefully cursed the Glatzels was wholly fabricated.

A further narrative in the movie that this same priest wanted Johnson to murder somebody before committing suicide in prison was yet another element conjured up by screenwriters. The film also omits key details about Bono and Johnson’s friendship prior to the murder. In the end, the director was interested in more spiritual questions.

“The fun thing about these movies is you’re always playing this fun game of, well, what was true?” Chaves said. “How extraordinary did it get? It’s like my own faith was in question. If you choose to believe him and his story, it really has consequence and weight, because we’re talking about a real victim and a real murder.”

What Happened To Arne Johnson?

Arne Johnson ultimately served five years in prison and earned his high school diploma behind bars. He was 24 years old upon release and married his fiancée, Glatzel. In 1983, a book about his case titled The Devil in Connecticut was printed to such popularity that his brother-in-law, Carl Glatzel, had to leave the state as a result of its spotlight.

While the Warrens stood by their testimonies in Johnson’s trial, Carl Glatzel wound up suing them, claiming they had exploited his family for monetary gain. In 2007, Glatzel confirmed that his brother David had indeed suffered from an illness at the time.

So was The Conjuring 3 based on a true story? It certainly chronicled the defense’s narrative of a real-life court case. But there are two sides to every story, and The Conjuring 3 was ultimately more about entertainment than truth.

After learning about true story behind The Conjuring 3 and the case of Arne Cheyenne Johnson, read about the real Bathsheba Sherman from the first Conjuring. Then, learn about the origins of the demonic Valak from The Nun.