In the 1990s, The Viper Room was one of LA's wildest nightclubs. Opened by Johnny Depp, the venue attracted a flock of celebrities — and plenty of controversies. 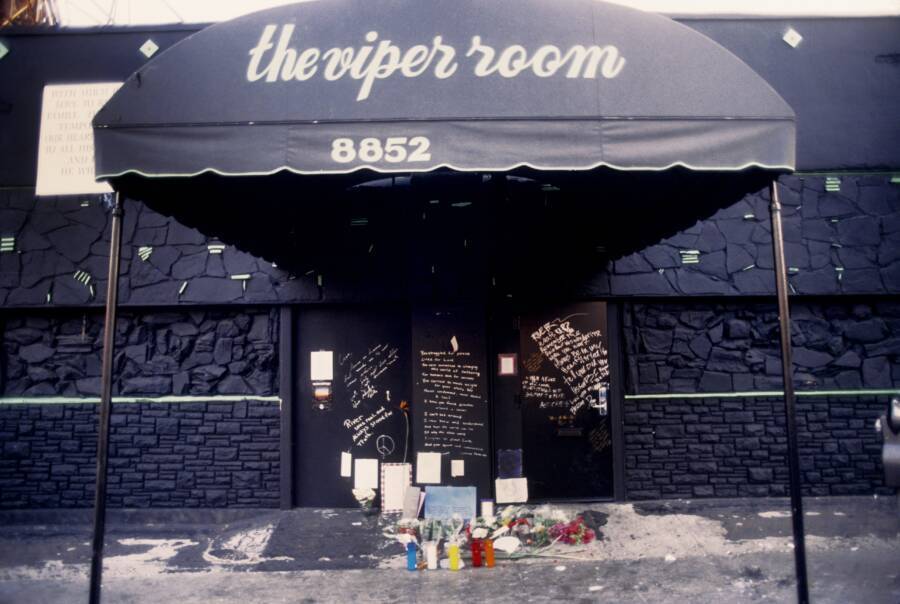 Michael Ochs Archives/Getty ImagesTributes to River Phoenix left at The Viper Room the day after his death in 1993.

The very names of certain nightclubs conjure up vivid images of excess and debauchery. In 1990s Los Angeles, The Viper Room was one of those clubs.

It all started in 1993, when Johnny Depp teamed up with a former 21 Jump Street co-star to create a new rock venue. Situated in a prime location on Hollywood’s Sunset Strip, The Viper Room quickly became a hotspot for celebrities to see and be seen.

While it wasn’t as fancy as other venues in town, that was part of its charm. In keeping with its divey atmosphere, The Viper Room was reportedly named after “a group of pot-smoking musicians who called themselves Vipers.”

But this beloved venue also hid a dark underbelly of drugs, deaths, and disappearances. The most famous victim was River Phoenix — a budding superstar who died of a drug overdose on the sidewalk just outside the club. But Phoenix’s death was far from the only tragic event that was connected to the infamous venue.

Here’s a look inside the sordid history of The Viper Room.

The Origins Of The Viper Room 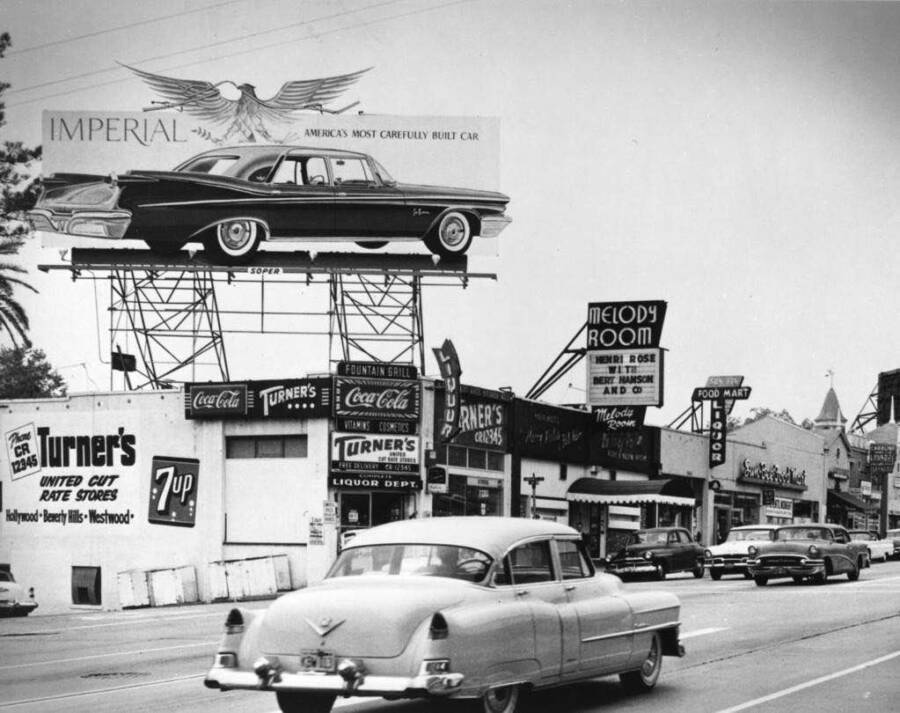 PinterestThe Melody Room, a cabaret that operated in the 1950s and ’60s. It would later become the site of The Viper Room.

Located at 8852 Sunset Boulevard, The Viper Room’s storied address has a surprisingly long history behind it.

One of the oldest buildings on the Sunset Strip, it dates back to 1921. At the beginning, it was home to a small grocery store. This shop would remain there for about 20 years.

But by the time the 1940s rolled around, Sunset Boulevard was changing rapidly. What used to be a dusty, unpaved road had transformed into “The Sunset Strip.” Businesses popped up offering food, drinks, and gambling, and celebrities began flocking to the area.

So, in keeping with the times, the grocery store shut down, and the Cotton Club opened up (not associated with the Harlem club by the same name). 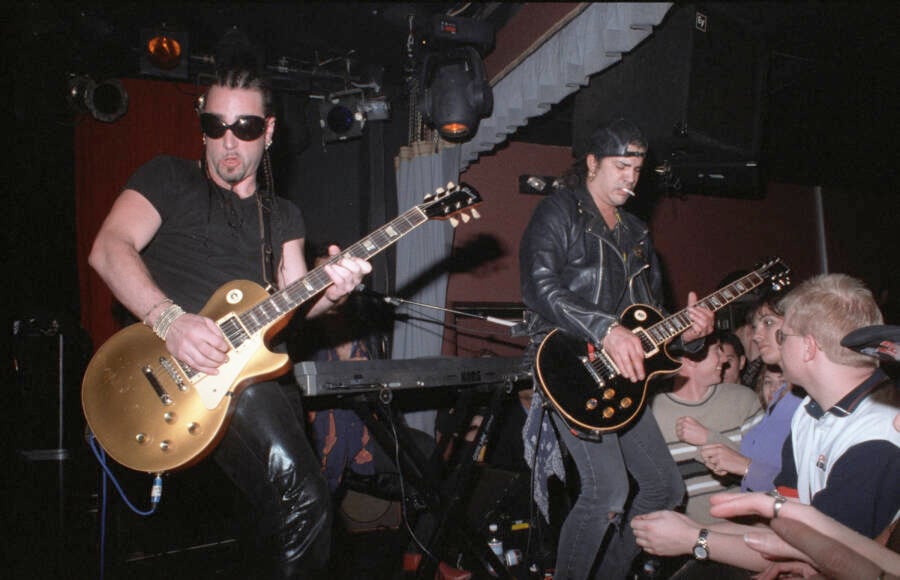 But as nightclubs are often wont to do, the location wasn’t called the Cotton Club for very long. The venue changed its name — and its theme — quite frequently. At one point, it was known as The Greenwich Village Inn. Then at another point, it was a strip club called Last Call.

By the 1950s, the building had transformed yet again into a cabaret called The Melody Room. For nearly two decades, it was known as a place for a diverse array of performers — as well as a gangster hangout spot.

However, in the 1970s, it became a rock club called Filthy McNasty’s before becoming The Central, a club famous for its “jam band” nights that featured the likes of The Who’s John Entwistle and C.C. DeVille before he was in Poison.

But in 1993, Johnny Depp teamed up with his former 21 Jump Street co-star Sal Jenco to open The Viper Room. And thus, a new rock club, celebrity hangout, and hotbed of controversy was born.

How The Viper Room Became The Hottest Club In Los Angeles 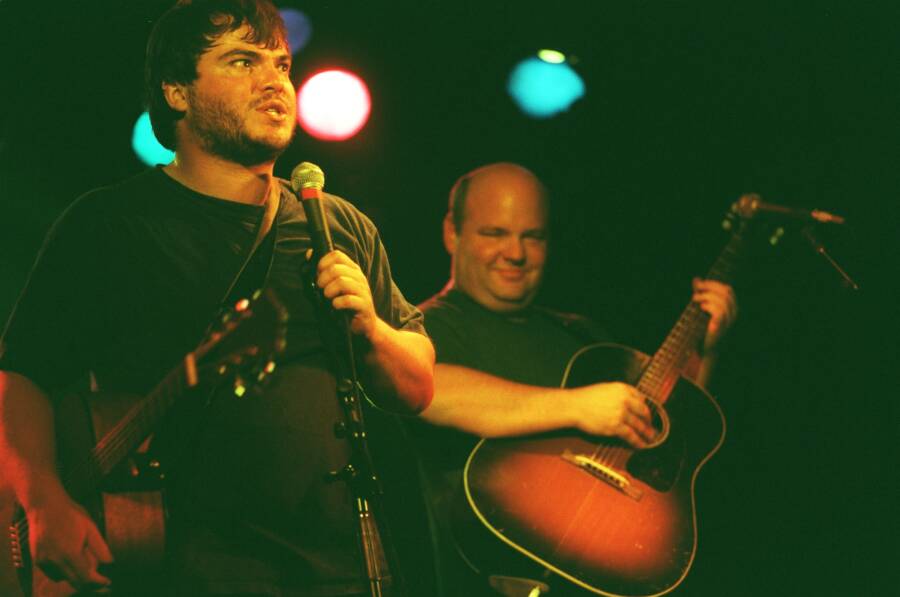 On August 14, 1993, Tom Petty and the Heartbreakers performed at the club’s opening night — per Depp’s request. This kicked off the first of many nights featuring Hollywood A-listers, rock ‘n’ roll bands, and even Depp himself holding late-night soirees for his famous friends.

For example, it was not unusual to see future Oscar winner Charlize Theron partying it up with Keanu Reeves, who was making waves at the time with his alternative rock group Dogstar.

Duritz later recalled, “They must have lost so much money doing the theme nights, but they were so incredible… One night they turned the entire place into the inside of an airplane. One night they covered all the walls with foil. They just approached their club so lovingly.” 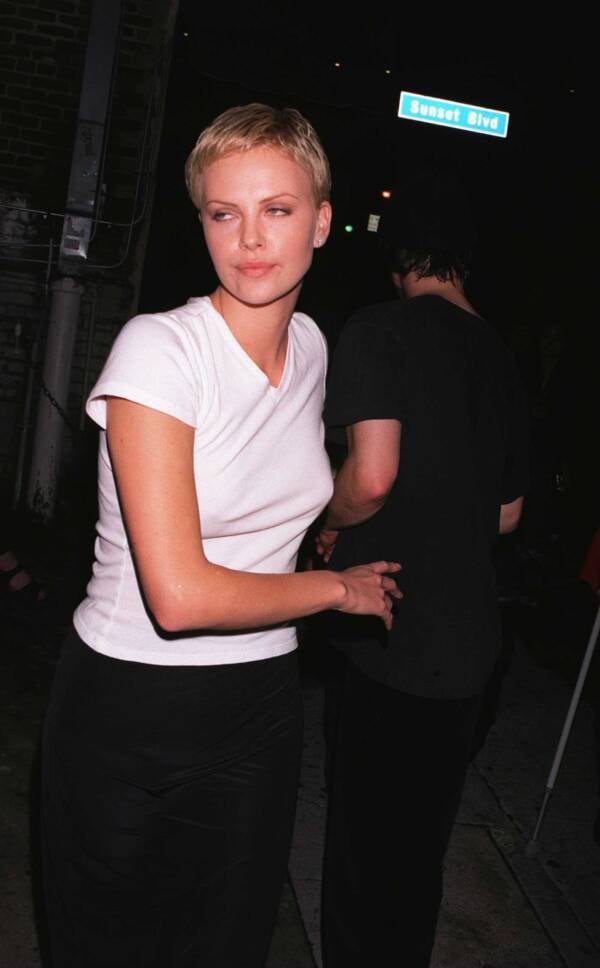 Even Leonardo DiCaprio — years before he became Hollywood royalty — was seen hobnobbing with the city’s hottest stars when he was barely old enough to drink.

Even Frank Sinatra’s daughter Nancy gave the place her seal of approval: “I can’t think of a cooler place to play in L.A. than The Viper Room. If my dad were still performing, he’d want to play an after-hours show there.”

Aside from rock stars, musicians, and A-list actors, burlesque dancers would also appear at the club — and would often put on a tantalizing show.

For years, The Viper Room seemed like the best nightlife spot in town. And while the club’s “glory days” would last throughout the ’90s, time seemed to stop when tragedy struck on October 30, 1993.

The Tragic Death Of River Phoenix

River Phoenix was poised to be a superstar. The rising 23-year-old actor had gained a following thanks to his roles in films like Stand By Me and My Own Private Idaho. But he was also plagued by drug abuse.

On the night of October 30, 1993, he arrived at The Viper Room with his girlfriend Samantha Mathis and his siblings Rain and Leaf (now known as Joaquin) Phoenix. Tragically, River would be dead in just a couple of hours.

Mathis said only that her boyfriend was “high” on the night in question.

She also said that this “high” was unlike anything else she’d ever seen before, and that it didn’t take long for things to go downhill.

She said, “I knew something was wrong that night, something I didn’t understand. I didn’t see anyone doing drugs but he was high in a way that made me feel uncomfortable — I was in way over my head.”

After a trip to the bathroom, Mathis witnessed a bouncer shove Phoenix outside the club with another man. At first, she thought the two men were fighting, but then she saw Phoenix drop to the ground — and go into convulsions just outside the nightclub.

Mathis quickly ran back inside to grab her boyfriend’s siblings, who promptly called 911. But unfortunately, River had “flatlined” before help arrived. He was officially pronounced dead at 1:51 a.m.

An autopsy report later revealed that Phoenix had died from an overdose of cocaine and heroin. There were also some traces of Valium, marijuana, and ephedrine found in his system.

Mathis later reflected, “I knew he was high that night, but the heroin that killed him didn’t happen until he was in The Viper Room.”

The Legacy Of The Viper Room In The Wake Of Tragedy 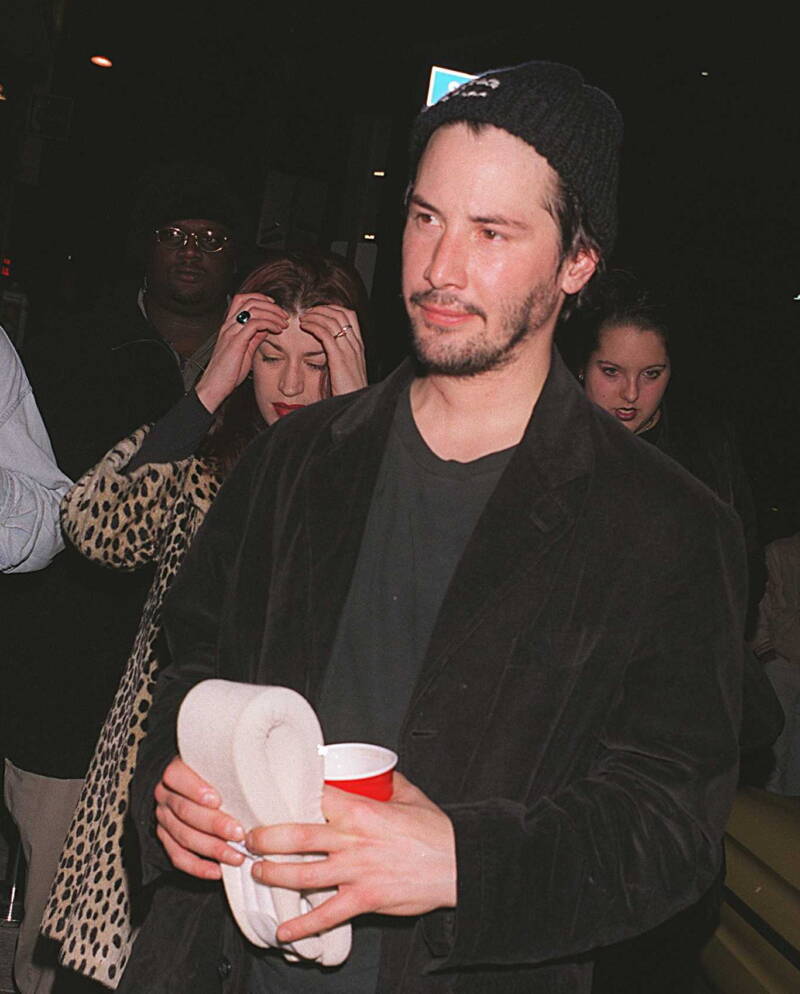 Denny Keeler/Getty ImagesKeanu Reeves at The Viper Room after performing with his band Dogstar in 1997.

Phoenix’s death cast a haunting spotlight on The Viper Room. But that wasn’t the only sad story linked to the infamous club. In 1995, Australian actor Jason Donovan suffered a coke-induced seizure there. (Fortunately, he survived.) And in 1997, Australian rock star Michael Hutchence played his last show at the club just a few days before he died by suicide.

Tragedies and controversies seemed to follow Depp all the way into 2000, when he was sued by his business partner Anthony Fox. In his suit, Fox accused Depp of fraud and mismanaging funds at the nightclub. It seemed as though the two were poised for a bitter court battle.

But shortly before Fox and Depp were due to appear in court, Fox mysteriously vanished in December 2001. And in January 2002, his abandoned truck was found in Santa Clara, California.

To this day, no one has seen or heard from Fox, and his body has never been found. A few years after the disappearance, Depp relinquished his ownership of the club. He turned his share in The Viper Room over to Fox’s daughter.

Meanwhile, ownership of the club has changed hands several times since Depp stepped down. And ever since developers purchased the location in 2018, there have been fears that the nightclub would be closed.

But so far, The Viper Room remains a landmark on the Sunset Strip — a piece of music history with a checkered past.

After learning about The Viper Room, read about the Cocoanut Grove fire, the deadliest nightclub disaster in history. Then, take a look at vintage Hollywood in 48 photos.