Theodore Roosevelt quotes on everything from America's true purpose to racial equality to the characteristics that make a good person.

President Theodore Roosevelt was far more than a politician. Over the course of his life, he took on the roles of soldier, historian, conservationist, and world traveler, always living for grand adventures and the promotion of progressive values.

Though his stint as a Rough Rider cavalryman during the Spanish-American War and “big stick” foreign policy makes his patch of the American fabric appear hyper-masculine if not bellicose, that’s not the entire picture: Indeed, Roosevelt successfully negotiated the end of a war between Russian and Japan, which earned him the Nobel Peace Prize in 1906.

The Theodore Roosevelt quotes below — on everything from politics to the importance of a person’s character — prove why this man remains an awe-inspiring figure for Americans to this day. 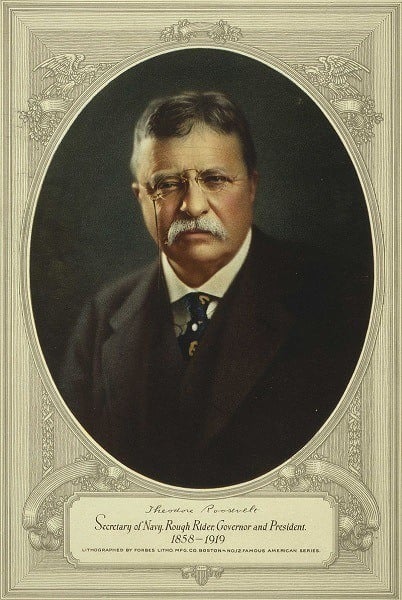 "To sit home, read one's favorite paper, and scoff at the misdeeds of the men who do things is easy, but it is markedly ineffective. It is what evil men count upon the good men's doing."Wikimedia Commons 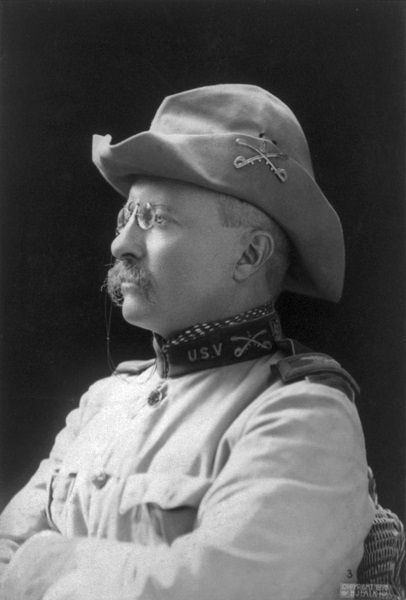 "The worst lesson that can be taught a man is to rely upon others and to whine over his sufferings."Wikimedia Commons

On the importance of ambition 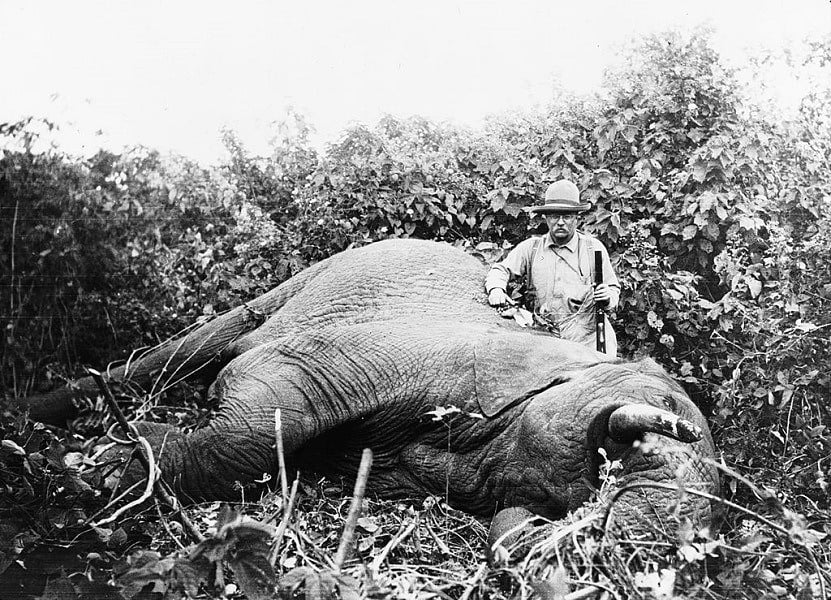 "A soft, easy life is not worth living, if it impairs the fiber of brain and heart and muscle. We must dare to be great; and we must realize that greatness is the fruit of toil and sacrifice and high courage." Wikimedia Commons

On the rule of law 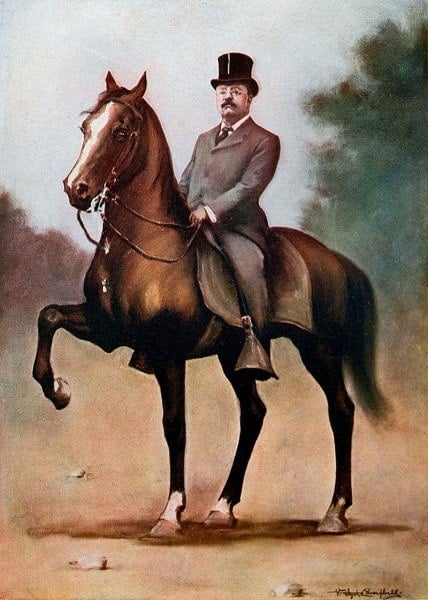 "The cornerstone of this republic, as of all free governments, is respect for and obedience to the law. Where we permit the law to be defied or evaded, whether by rich man or poor man, by black man or white, we are by just so much weakening the bonds of our civilization and increasing the chances of its overthrow, and of the substitution therefore of a system in which there shall be violent alternations of anarchy and tyranny."Wikimedia Commons

On what makes a nation great — and fall apart 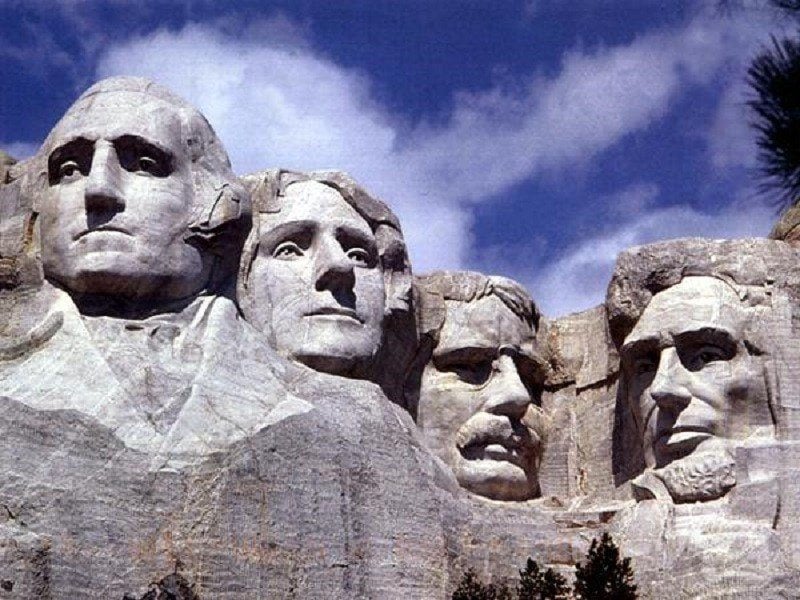 "In the history of mankind many republics have risen, have flourished for a less or greater time, and then have fallen because their citizens lost the power of governing themselves and thereby of governing their state; and in no way has this loss of power been so often and so clearly shown as in the tendency to turn the government into a government primarily for the benefit of one class instead of a government for the benefit of the people as a whole."Wikimedia Commons

On success and failure 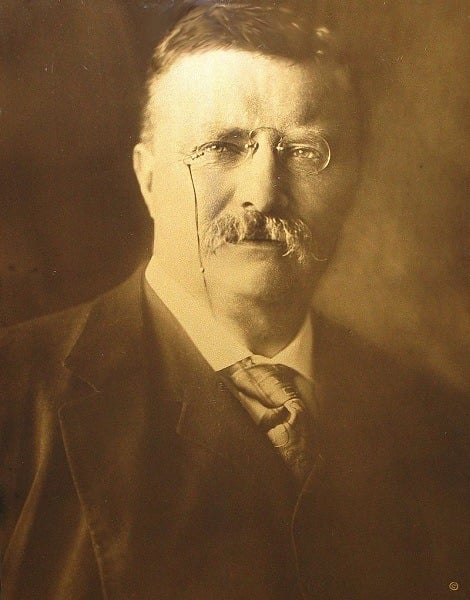 "It is hard to fail, but it is worse never to have tried to succeed. In this life we get nothing save by effort."Wikimedia Commons

On the United States 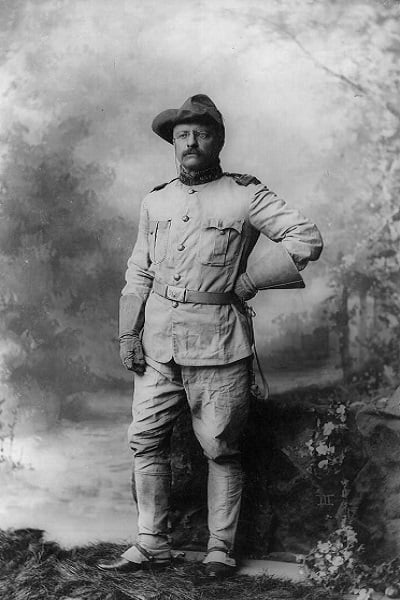 "Is America a weakling, to shrink from the work of the great world powers? No! ... Our nation, glorious in youth and strength, looks into the future with eager eyes and rejoices as a strong man to run a race."Wikimedia Commons 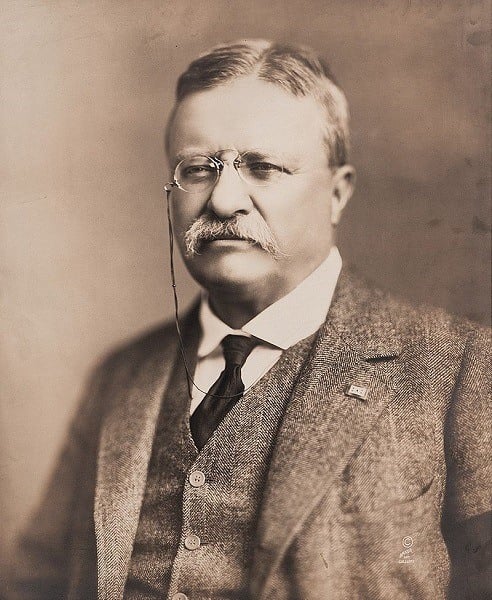 "To discriminate against a thoroughly upright citizen because he belongs to some particular church, or because, like Abraham Lincoln, he has not avowed his allegiance to any church, is an outrage against that liberty of conscience which is one of the foundations of American life. You are entitled to know whether a man seeking your suffrages is a man of clean and upright life, honorable in all of his dealings with his fellows, and fit by qualification and purpose to do well in the great office for which he is a candidate; but you are not entitled to know matters which lie purely between himself and his Maker."Wikimedia Commons

On the importance of ideals 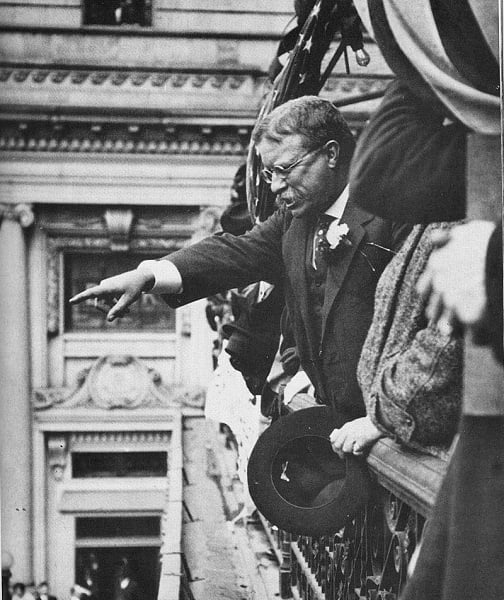 "If a man does not have an ideal and try to live up to it, then he becomes a mean, base, and sordid creature, no matter how successful."Wikimedia Commons 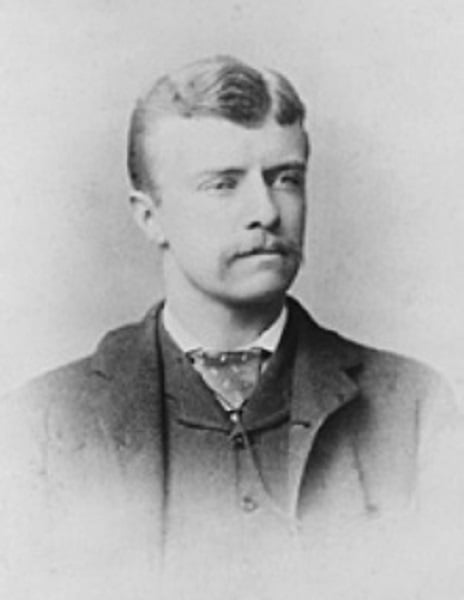 "The chief factor in any man’s success or failure must be his own character — that is, the sum of his common sense, his courage, his virile energy and capacity. Nothing can take the place of this individual factor."Wikimedia Commons 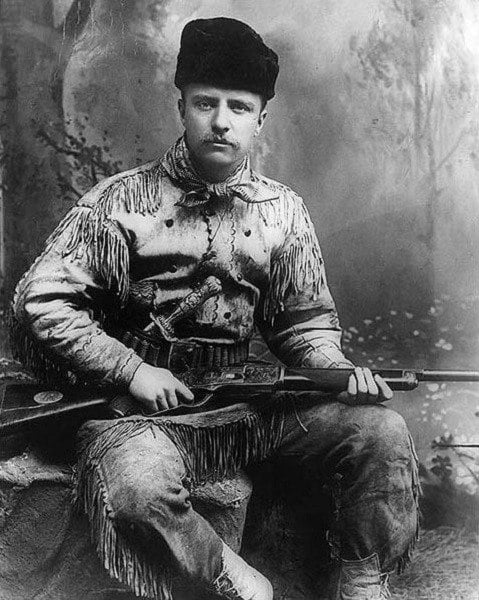 "Let us speak courteously, deal fairly, and keep ourselves armed and ready."Wikimedia Commons 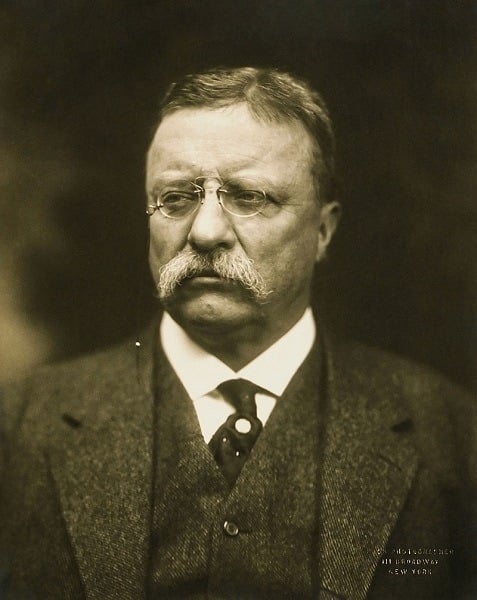 "All thoughtful men must feel that gravest alarm over the growth of lynching in this country and especially over the peculiarly hideous form so often taken by mob violence when colored men are the victims, on which occasion the mob seems to lay most weight, not on the crime, but on the color of the criminal."Wikimedia Commons 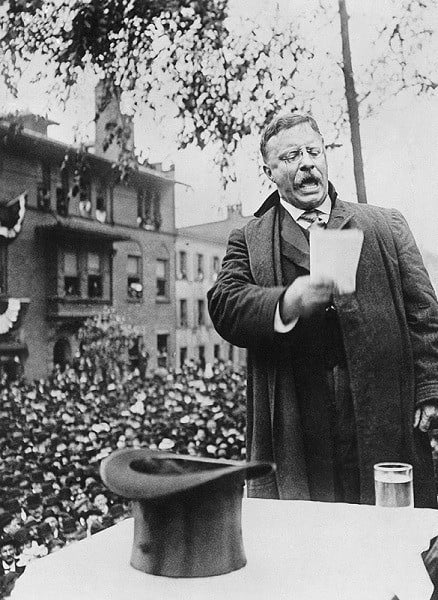 "We must demand the highest order of integrity and ability in our public men...We must hold to a rigid accountability those public servants who show unfaithfulness to the interests of the nation or inability to rise to the high level of the new demands upon our strength and our resources. Of course we must remember not to judge any public servant by any one act, and especially should we beware of attacking the men who are merely the occasions and not the causes of disaster."Wikimedia Commons 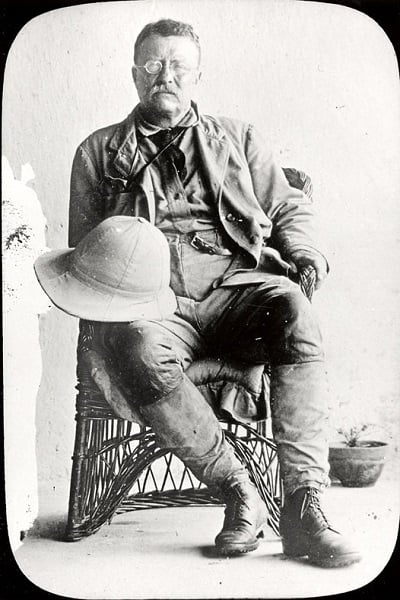 "No country can long endure if its foundations are not laid deep in the material prosperity which comes from thrift, from business energy and enterprise, from hard, unsparing effort in the fields of industrial activity; but neither was any nation ever yet truly great if it relied upon material prosperity alone."Wikimedia Commons 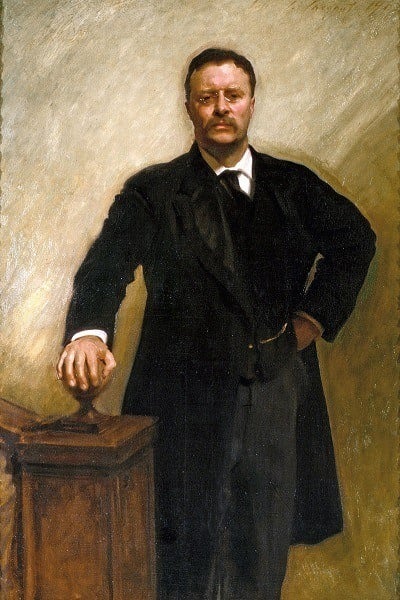 "I cannot consent to take the position that the door of hope — the door of opportunity — is to be shut upon any man, no matter how worthy, purely upon the grounds of race or color. Such an attitude would, according to my convictions, be fundamentally wrong."Wikimedia Commons

On the value of adversity 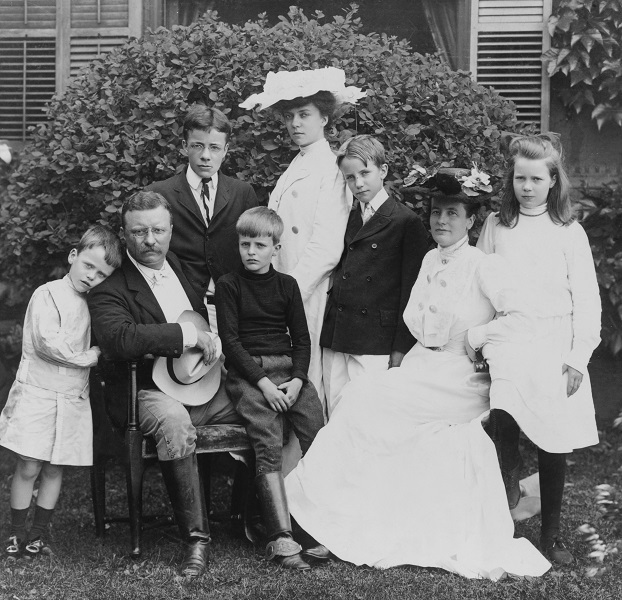 "Every father and mother here, if they are wise, will bring up their children not to shirk difficulties, but to meet them and overcome them; not to strive after a life of ignoble ease, but to strive to do their duty, first to themselves and their families, and then to the whole state."Wikimedia Commons 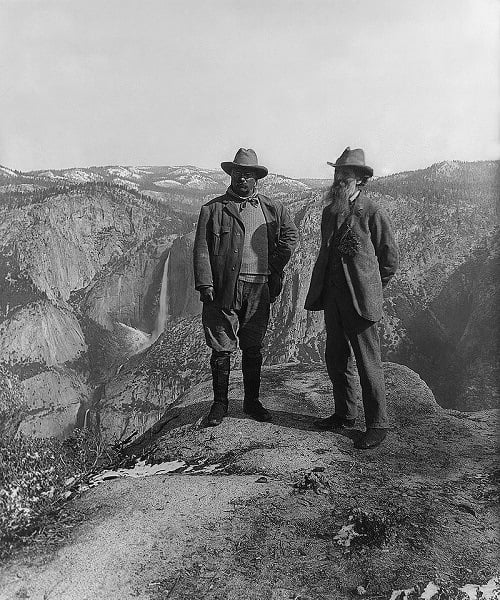 "Unless a man is master of his soul, all other kinds of mastery amount to little."Wikimedia Commons 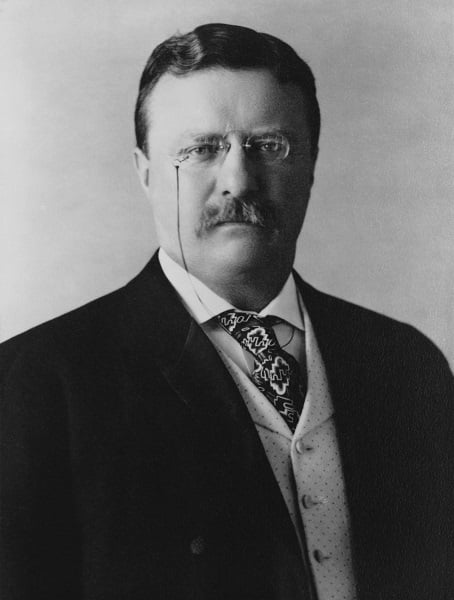 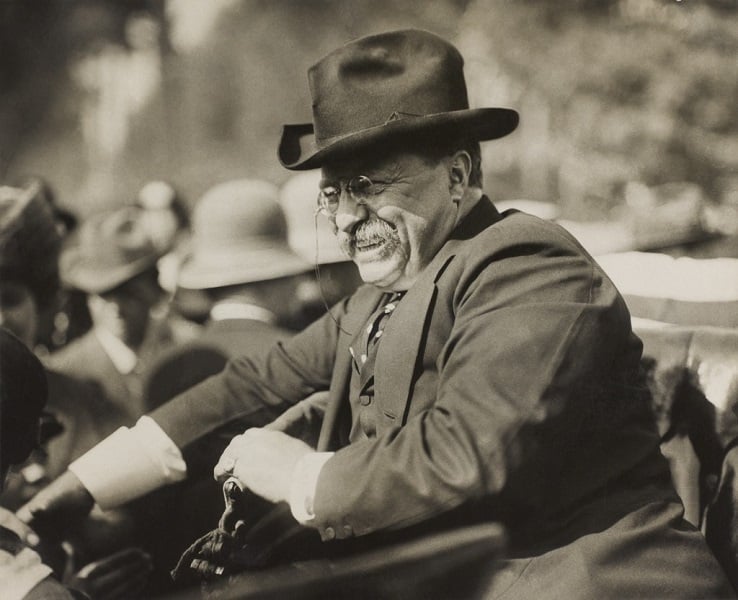 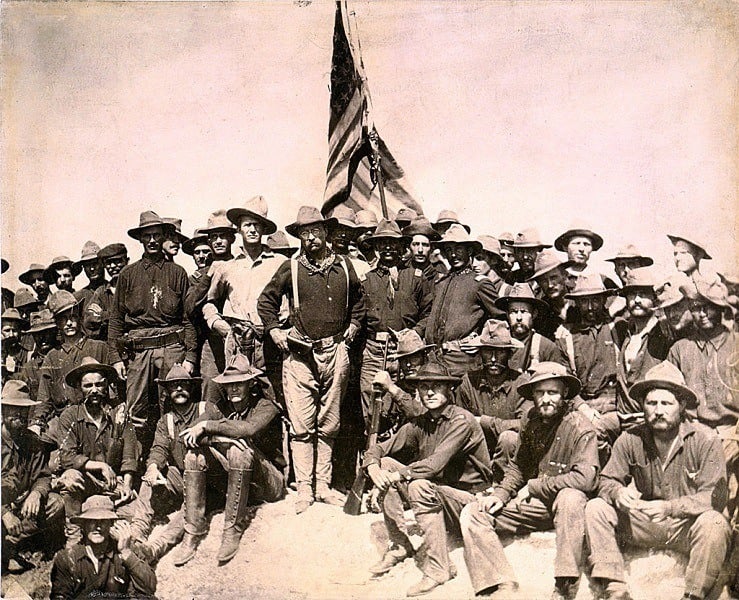 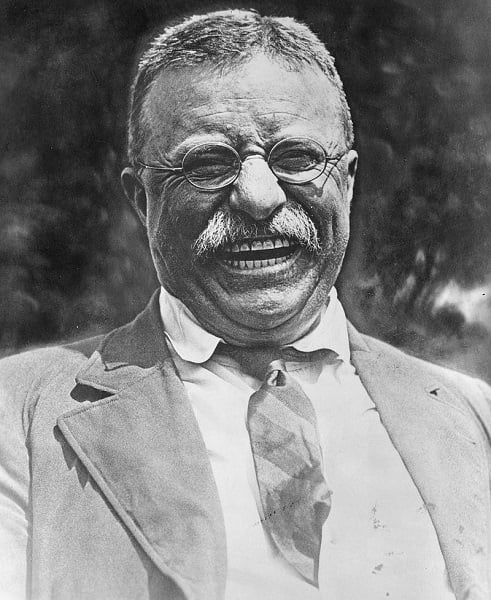 "Far better is it to dare mighty things, to win glorious triumphs, even though checkered by failure...than to rank with those poor spirits who neither enjoy nor suffer much, because they live in a gray twilight that knows not victory nor defeat."Wikimedia Commons

Next, find out the true story behind that picture of Teddy Roosevelt riding a moose.