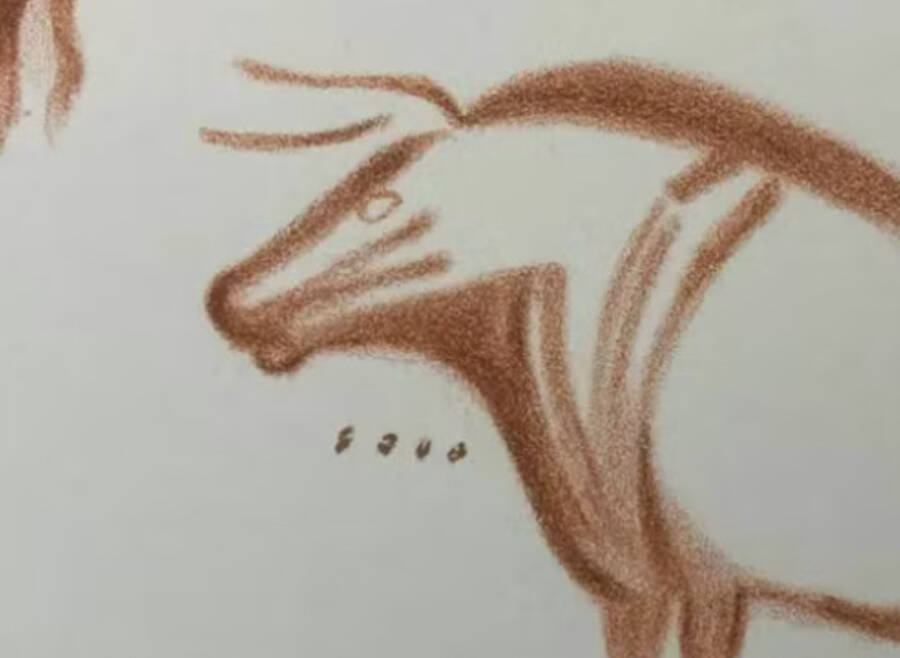 Henri BreuliResearchers uncovered a system of dots and Y-shaped marks which they believe were used to track the mating and birthing seasons of animals that served as important sources of food for hunter-gatherers in Stone Age Europe.

For decades, experts have believed that the first writing systems in human history were the pictographic and cuneiform languages that emerged in Sumer in approximately 3,400 B.C.E. But now, researchers say that the invention of written language may have actually taken place 14,000 years earlier than we thought — and it’s all thanks to an amateur sleuth who was simply browsing through images online.

London-based furniture restorer Ben Bacon was looking at images of cave drawings from Stone Age Europe when he realized that renderings of animals were often accompanied by a series of dots and lines. Soon, Bacon convinced the experts that these markings were actually a sophisticated form of writing used to track the mating and birthing cycles of the goats, horses, rhinos, and more that were hunted for food at the time.

Discover more about this astounding find that could rewrite the history books here. 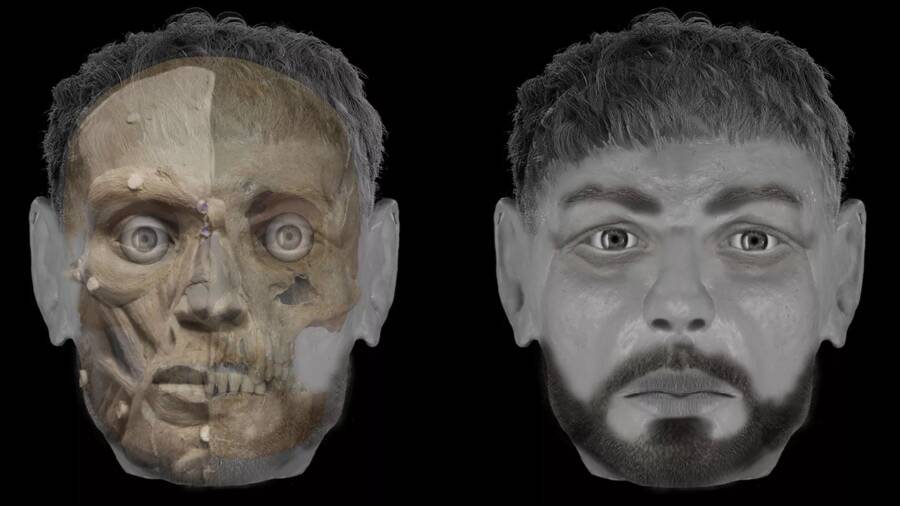 Stefano Ricci/University of SienaFacial reconstruction of the Cittiglio murder victim, whose skeleton was discovered in 2006 with multiple injuries to the skull.

Modern forensic analysis has proven endlessly beneficial in solving present-day murders, but now that same technology is being used to help crack the unsolved cases of the past — including the brutal murder of a man more than 700 years ago.

In 2006, the skeleton of a medieval man was discovered in the San Biagio church in Cittiglio, Italy. First found in a tomb near the church entrance, the man’s remains were radiocarbon-dated to indicate that they had been buried before 1260 C.E.

The skeleton was battered, with substantial visible damage to the skull, but at the time, many of the details about the man’s death remained unknown. Now, University of Insubria anthropologist Chiara Tesi and a team of researchers believe they can provide some answers about the battered skeleton

This 30,000-Year-Old Indigenous Cave Art Was Just Destroyed By Vandals In Australia 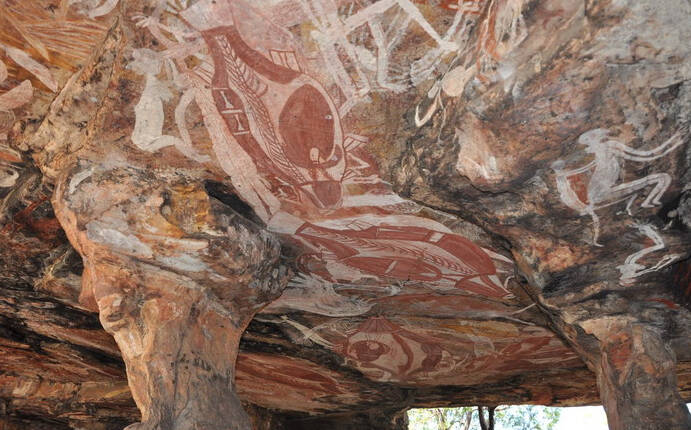 The nearly treeless desert region of the Nullarbor Plain in southern Australia contains some of the country’s most significant ancient artworks: a series of Ice Age finger paintings on the limestone walls of Koonalda Cave dating back nearly 30,000 years. But in what has been called a “massive, tragic loss,” the cave’s traditional owners recently discovered that the ancient artwork has been vandalized irreparably.