"I could see visions of Belfast it must have been a trying time for the Captain," Richard Geddes wrote to his wife, four days before the Titanic sank. 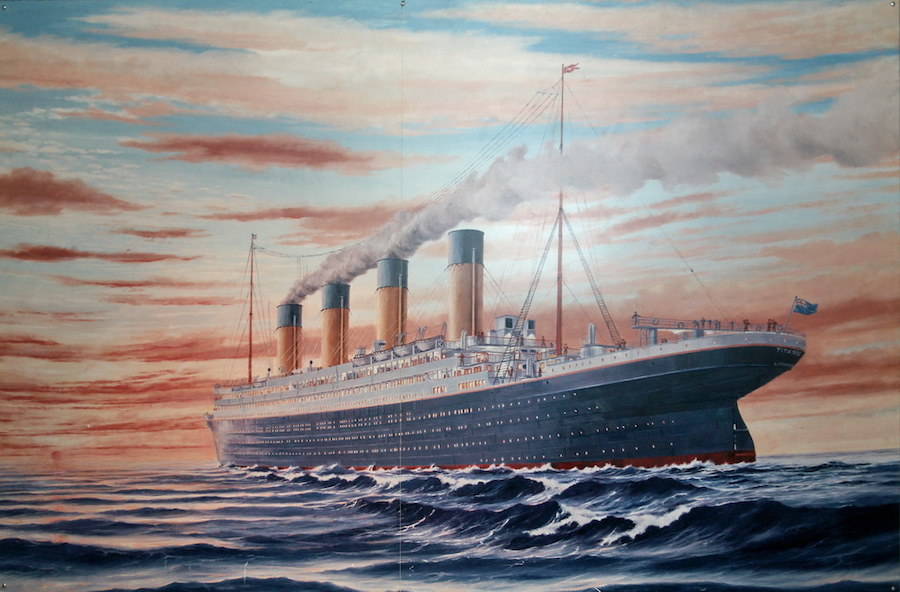 Richard Geddes, like many other ship stewards that left their families to work at sea, wrote endearing letters to his wife. Geddes, however, was one of the 1,500 passengers aboard the RMS Titanic before it sank to the bottom of the Atlantic Ocean in 1912.

The newly discovered letter details a close-call collision the Titanic had with a smaller ship right after its departure from the Southampton port in England and will be up for auction this week.

According to the Belfast Telegraph, auctioneers from Henry Aldridge and Son believe that the letter could receive up to £18,000 ($23,279) when it is sold at auction in Wilshire.

Andrew Aldridge said that the contents of the letter and the stationary that it was written on made it incredibly valuable.

“It’s an exceptional letter on many levels,” Aldridge said. “First and foremost it was written on board the Titanic, it has its envelope, the lot also contains official paperwork relating to Mr. Geddes and, finally, the content is superb, describing the near-miss that Titanic nearly suffered that would have changed history.”

The seaman’s letter was written on original Titanic stationary that was provided on the ship and still has its original White Star Line envelope. On April 10, 1912 – a mere day after the Titanic left port – Geddes wrote to his wife to describe a near-collision with the SS City of New York.

The two vessels came within feet of each other as the Titanic left the docks. The suction from the propellers of the Titanic caused the City of New York’s ropes to snap, releasing it aloft and nearly causing a major collision between the ship and the 882-foot-long Titanic.

Addressing the letter to “My dearest Sal”, Geddes wrote of the near hit: “We got away yesterday after a lot of trouble… I could see visions of Belfast it must have been a trying time for the Captain.”

According to Encyclopedia Titanica, electricians Albert George Ervine and Alfred Middleton, who were perched atop the massive vessel’s fourth funnel, witnessed what could have been an earlier disaster for the Titanic. 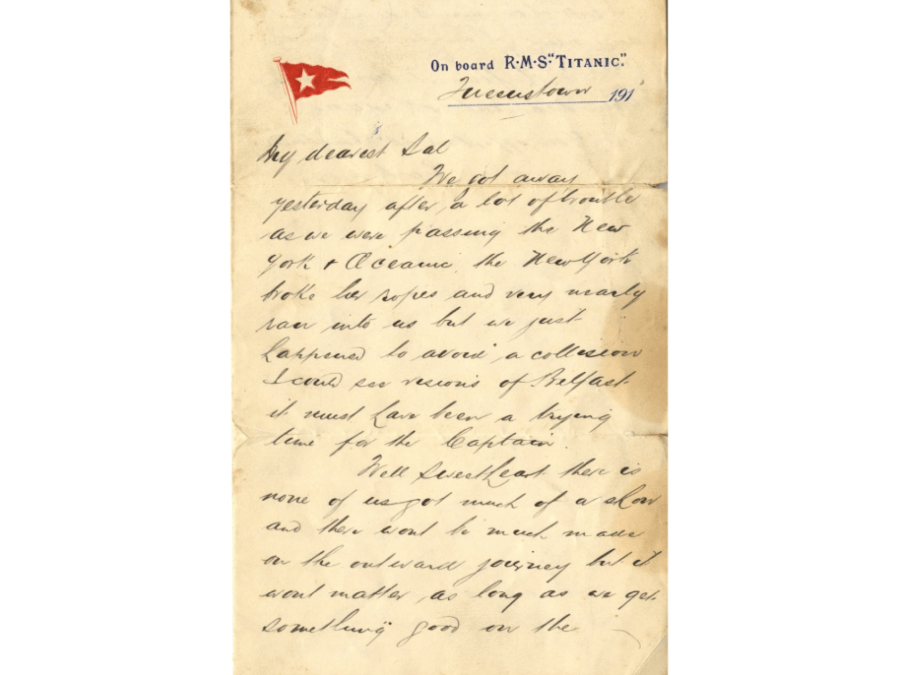 “Middleton and myself were on top of the after funnel, so we saw everything quite distinctly. I thought there was going to be a proper smash up owing to the high wind; but I don’t think anyone was hurt,” Ervine wrote in a letter to his mother. Unsurprisingly, some onlookers took the incident as a bad omen for what lay in store for the Titanic.

Separately, Geddes letter was mailed to his wife from Queenstown, Ireland, on April 11, the same day the Titanic had stopped at its port to pick up passengers.

The ship steward continued the letter to his wife with the amount of affection and longing one would expect a seaman to relay to his family, asking about his “little sweetheart” and reassuring Sal that she did not need to worry for his safety. The Titanic, to him, felt like a sturdy ship.

“This ship is going to be a good deal better than the Olympic at least I think so, steadier and everything up till now. If we get in on time on Wednesday and there happens to be a boat I will write from New York,” Geddes continued.

The family man closed the letter dotingly, signing “fondest love and kisses to my dear wife and kiddies. Your affectionate husband Dick xxxxx”

Included in the lot of items that are offered along with the letter is Richard Geddes’ death certificate that confirms his “supposed death” by drowning, the letter’s original envelope, and two copies of photographs of Richard Geddes and his wife.

While the remains of the Titanic have long been lost to time, the memories and experiences of those aboard its sinking ship that fateful night will always be remembered.

After getting caught up on Richard Geddes’ love letter to his wife before the sinking of Titanic, read about the Titanic 2. Then learn interesting Titanic facts you’ve never heard before.