Meet Tommy Thompson, The Treasure Hunter Who Found $4 Million In Gold — And Won’t Tell Anyone Where It Is

Tommy Thompson was paid to recover the treasure left behind in a 19th-century shipwreck. But when he refused to pay up, he was put behind bars. 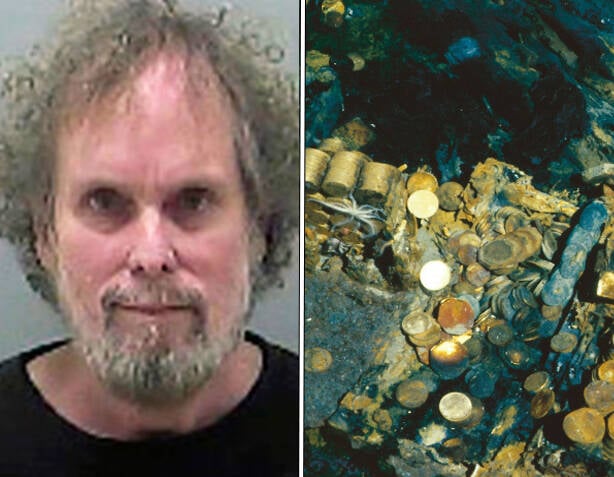 Public Domain/Professional Coin Grading ServicesThe 68-year-old treasure hunter has been behind bars since 2015 for failing to tell investors where their gold is.

In 1988, research scientist Tommy Thompson discovered a sunken 19th-century steamer off the coast of South Carolina — and it contained nearly $4 million in gold coins.

Thompson had been commissioned by 161 investors to the tune of $12.7 million in order to find the ship, but once he did, the investors saw no proceeds. Now, Thompson is coming up on his fifth year behind bars for refusing to disclose where the gold has gone.

According to CBS News, Thompson fled to Florida in 2012 in order to avoid being sued by the investors, but to no avail. He was sentenced to two years behind bars and fined $250,000 when he was finally found hiding out in Boca Raton with a female companion in 2015.

Thompson’s sentence continues today because he refuses to disclose the location of the 500 gold coins that the investors claim to rightfully belong to them.

It appears, however, as though Thompson believes that loose lips sink ships.

Tommy Thompson Is Paid To Find The Sunken Treasure Of The S.S. Central America 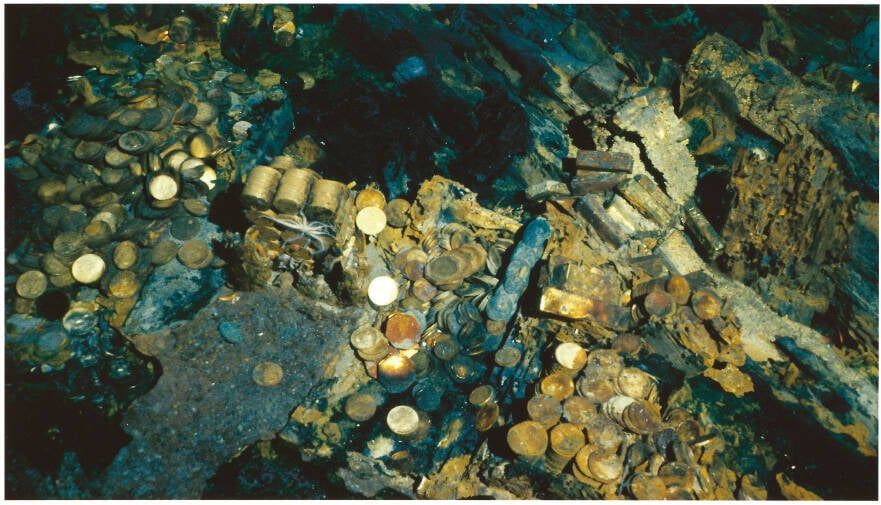 Professional Coin Grading ServicesThe 500 gold coins were found at a depth of 8,000 feet.

Built during the California gold rush era of the mid-1800s, the S.S. Central America, also known as the Ship of Gold, operated swimmingly between its titular region and America’s eastern coast until September 1857 when tragedy struck.

The Central America had departed the Panamanian port of Colón on September 3 and was bound for New York City with 30,000 pounds of prospected gold and 578 souls aboard. But the ship soon found itself in the middle of a hurricane off the coast of South Carolina. On Sept. 12, 1857, the sails and boilers failed and the ship sank. Of the 578 people aboard, 425 died. 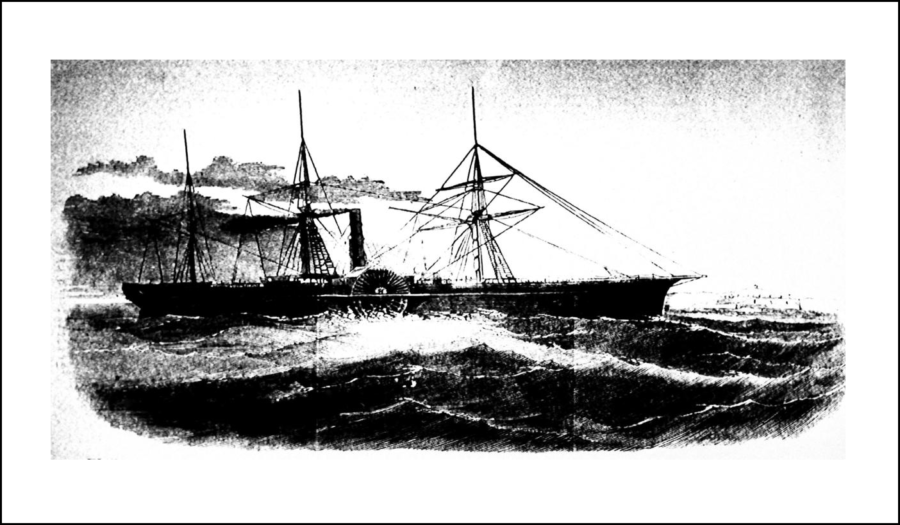 Library of CongressThe sinking of the S.S. Central America sent the economy into a brief panic.

While the human loss was invaluable, the disappearance of the golden cargo contributed to an actual economic panic. Then valued at around $8 million, the priceless tonnage was worth around $550 million by today’s standard.

That is how, in 1988, Thomspan found himself being commissioned to find the lost treasure.

Unfortunately for Thompson’s investors, however, it’s now been three decades since they expected to see a return on their treasure hunter’s discovery.

How The Treasure Hunter Found Himself Behind Bars

When he was found by the U.S. Marshal in March 2015 for skipping out on his court date with the investors, Tommy Thompson agreed to a plea deal and was subsequently sentenced to two years and fined.

A WPTV news segment on Tommy Thompson being wanted by authorities.

Thompson’s deal required him to answer specific questions regarding the treasure in exchange for leniency. These closed-door sessions demanded that he “assist” any interested parties in finding the coins.

Despite the tremendous pressure, Thompson refused to do so until federal Judge Algenon Marbley found him in contempt of court. That ruling on Dec. 15, 2015, came with an order to stay in jail and pay a daily $1,000 fine until he gave up any information that would lead to the discovery of the coins. But Thompson has since claimed to have forgotten where he put the gold.

“He creates a patent for a submarine, but he can’t remember where he put the loot,” scoffed Judge Marbley during a 2017 hearing.

In October 2020, Thompson pleaded ignorance. He claimed to suffer from chronic fatigue syndrome, which curiously affects his short-term memory, but this was dismissed by the judge as irrelevant. 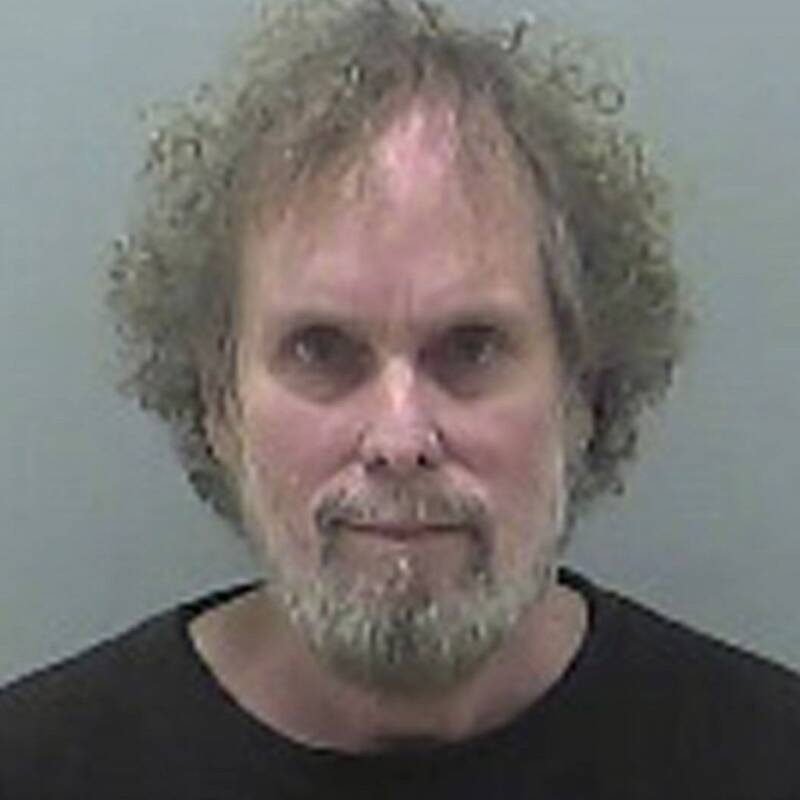 “Your honor, I don’t know if we’ve gone over this road before or not, but I don’t know the whereabouts of the told,” he said. “I feel like I don’t have the keys to my freedom.”

The Case Remains In A Stalemate and The Treasure At Large

With neither side letting up, Thompson remains in federal prison in Milan, Michigan. Though he’s stated, albeit vaguely, that the coins were turned over to a trust in Belize, the investors refuse to drop their suit. The 68-year-old still owes around $1.8 million in fines.

Meanwhile, Thompson’s defense argues that 18 months is the maximum sentence for those in contempt of court, and Thompson is therefore done with his sentence. But the court seems to have found a loophole. It claimed that Thompson also violated the requirement of his plea deal to “assist” the interested parties and refused to hand over power of attorney to allow them to examine the Belizean trust. As such, the court argues, his continued sentence is more than justified.

An NBC4 Columbus news segment on Thompson’s defense arguing for his release.

“He would be out of prison by now if he had simply complied with his plea agreement and cooperated in locating missing assets when he was supposed to,” said attorney Steven Tigges.

But perhaps Thompson truly doesn’t know where the gold is. Then again, he might be waiting out the investors until he can return to his hidden treasure on the off-chance that one of his appeals finally comes to fruition.

After learning about treasure hunter Tommy Thompson, read about the treasure of Forrest Fenn an eccentric who hid millions in the Rockies. Then, check out these 10 astonishing sunken ships from around the world.