Pedophile and cannibal Tsutomu Miyazaki, a.k.a. the "Otaku Killer," terrorized a Japanese suburb for one bloodlusty year before he was finally brought to justice.

In late August 1988, the parents of missing four-year-old Mari Konno received a box in the mail. Inside the box, on a bed of fine powder, was a photo of the outfit Mari had been wearing when she disappeared, several small teeth, and a postcard bearing a message:

This horrifying box of clues would be one of several that tortured families around Tokyo, Japan would receive as they searched for their young children. But these girls would never return home, as they had fallen victim to the twisted mind of Tsutomu Miyazaki, the Otaku Murderer.

Though he grew up to be one of Japan’s most sadistic killers, Miyazaki started out as a meek and quiet child.

Born prematurely in August of 1962 with a birth defect that rendered him unable to bend his wrists completely, Miyazaki spent most of his early childhood alone as the victim of bullying for his deformity.

Miyazaki kept to himself and rarely participated in social events or made many friends. He often hid his hands in photographs out of embarrassment. He did seem to delight in drawing, however, and comics while alone at home.

Though he wasn’t a social student, he was a successful one and he ranked in the top 10 of his class. He moved from elementary school to high school in Nakano, Tokyo, and remained a star student with the hopes of becoming a teacher. 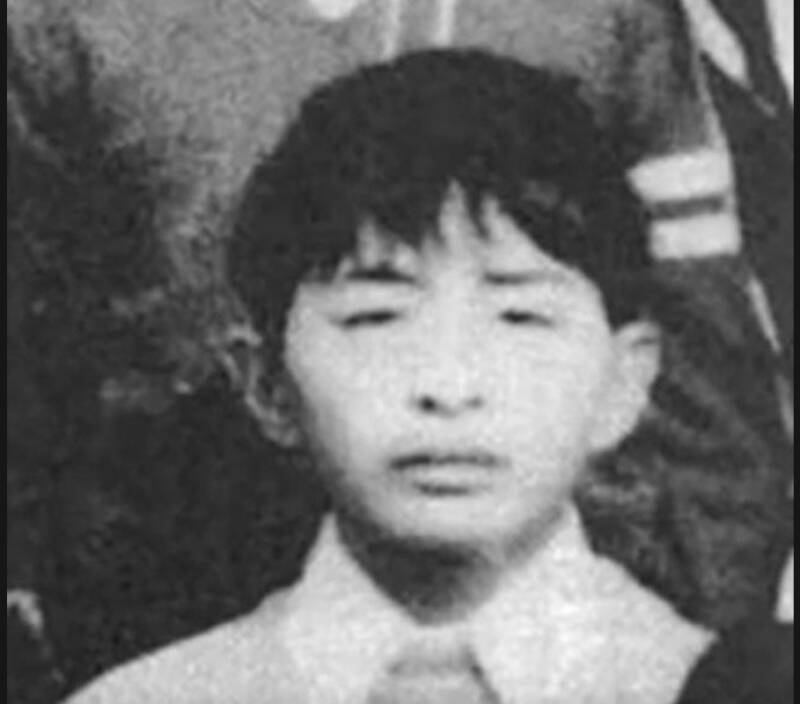 These hopes were not realized. Miyazaki’s grades miraculously plummeted. He went to 40th out of 56 in his class and as such, did not matriculate into Meiji University. Instead, Tsutomu Miyazaki was forced to attend a local junior college and to study becoming a photo technician instead.

It is unclear exactly why Miyazaki’s grades fell so swiftly, though it may have had to do with his family life.

The Miyazaki family was quite influential in the Itsukaichi district of Tokyo. Miyazaki’s father owned a newspaper. Though he was expected to take over his father’s job when he retired, Miyazaki expressed no interest in doing so.

Convinced that they only cared about his financial and material success in life, Miyazaki shunned his family. “If I tried to talk to my parents about my problems, they’d just brush me off,” he told police following his arrest.

The only person he didn’t excommunicate was his grandfather, who Miyazaki felt was the only person that cared about his personal happiness. He felt his younger sisters despised him, but felt he had a closer relationship with his older sister.

In college, Miyazaki’s strangeness only deepened. He took crotch shots of female players on the tennis courts. He poured through pornographic magazines, but these became boring to him too. “They black out the most important part,” he once said.

Though he lived with his parents and sisters, Miyazaki spent most of his time with his grandfather. Though he recalled that during this period he considered suicide, he remembered his grandfather helping him through.

Then, in 1988, his grandfather died. In Tsutomu Miyazaki’s mind, the worst had happened.

Looking back, this is what experts believed was his tipping point. 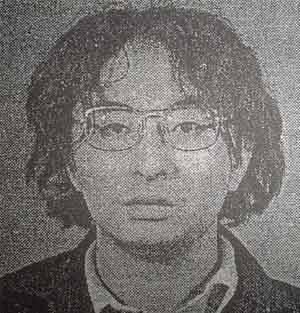 Whether Tsutomu Miyazaki had this disturbance in him all along or developed it in response to his grandfather’s death is unknown, though timing suggests that following death, Miyazaki had transformed.

Family members saw a change in him almost immediately. They reported that he’d begun spying on his little sisters while they showered, then attacked them when they confronted him. At one point he even attacked his mother.

Miyazaki himself admitted that after his grandfather was cremated, he ate some of the ashes in order to feel close to him while distancing himself from his family.

“I felt all alone,” Miyazaki reported after his arrest. “And whenever I saw a little girl playing on her own, it was almost like seeing myself.”

The worst was yet to come.

In August of 1988, just one day after his 26th birthday, Tsutomu Miyazaki abducted four-year-old Mari Konno. According to Tsutomu Miyazaki, he simply approached her outside, led her back to his car, then drove off.

He drove her to a wooded area west of Tokyo and parked the car under a bridge where it couldn’t be seen by passersby. For half an hour, the two waited in the car.

Then, Miyazaki murdered the young girl, stripped her of her clothes, and raped her. He carefully undressed her, left her naked body in the woods, returned home with her clothing.

For several weeks he let the body decompose in the woods, checking on it periodically. Eventually, he removed her hands and feet and kept them in his closet.

Miyazaki then called her family. He breathed heavily into phone and otherwise didn’t speak. If the family didn’t answer, he called until he got a response. In the weeks following the young girl’s disappearance he also sent the family the aforementioned box of evidence with the ominous note.

In October of 1988, Miyazaki abducted a second little girl.

His second victim was seven-year-old Masami Yoshizawa, who Miyazaki spotted walking home along the road. He offered her a ride, and then just as he had with Mari Konno, drove her to a secluded wood and killed her. Again, he sexually assaulted the corpse and left it naked in the woods while he took the victim’s clothing with him.

By this time, panic had set in among the parents of little girls in Saitama prefecture. The kidnapper and would-be serial killer had been named the “Otaku Killer” or “Otaku Murderer” and his crimes “The Little Girl Murders.”

Within the next eight months, the murderer would escalate as two more children would go missing both young girls, and both in the same manner.

Four-year-old Erika Namba was abducted, like Yoshizawa, while walking home along the road. This time, however, Miyazaki forced her into the car, and to take off her own clothes in the back seat. 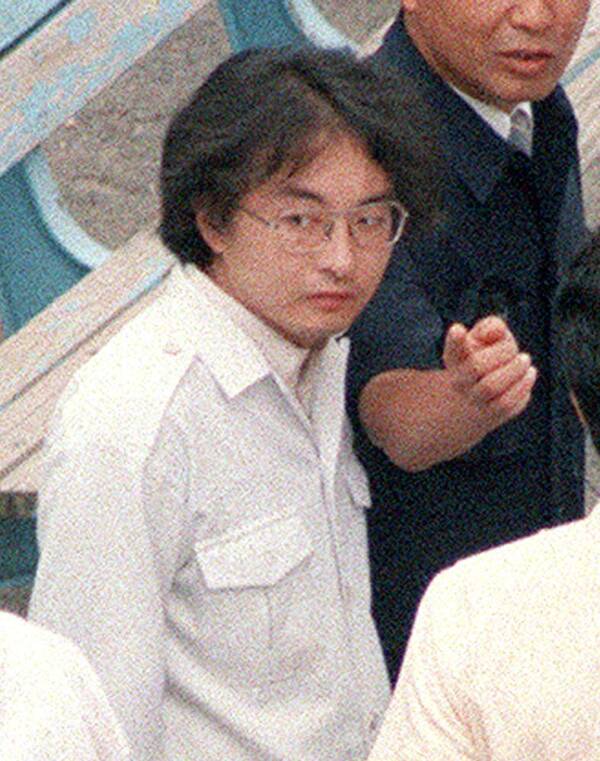 Miyazaki took photos of her, murdered her, and then tied her hands and feet, straying violently from his usual MO. Rather than leave her body at the murder scene, he put her in the trunk of his car under a bedsheet. Then, he dumped her body unceremoniously in a parking lot and her clothes nearby in a wood.

The Otaku killer’s final victim was one of his most disturbing.

Miyazaki abducted five-year-old Ayako Nomoto in June of 1989. He convinced her to let him photograph her, then murdered her and took her corpse home, rather than dump it in the woods as he’d previously done.

As soon as she began to decompose, Miyazaki dismembered the rest of her body and deposited the parts in various locations around Tokyo, including a cemetery, a public toilet, and nearby woods.

However, he began to fear that the police would find the parts in the cemetery and two weeks later he returned to retrieve them. After that, he kept the dismembered body at his home in his closet.

The police identified Konno’s remains from the box he had sent her parents. Tsutomu Miyazaki watched the police announce their discovery and sent the parents a “confession” letter in which he described Konno’s four-year-old body in decomposition.

“Before I knew it, the child’s corpse had gone rigid. I wanted to cross her hands over her breast but they wouldn’t budge…Pretty soon, the body gets red spots all over it…Big red spots. Like the Hinomaru flag…After a while, the body is covered with stretch marks. It was so rigid before, but now it feels like its full of water. And it smells. How it smells. Like nothing you’ve ever smelled in this whole wide world.”

The Otaku killer was finally apprehended as he was attempting his fifth kidnapping.

In July of 1989, Miyazaki spotted two sisters playing in their yard. He managed to separate the youngest one from her older sister and drag her to his car. The older sister ran to get her father, who arrived to find Miyazaki taking photos of his daughter in the car.

The father attacked Miyazaki, and got his daughter out of the car but was unable to subdue Miyazaki, who fled on foot. However, he circled back later to retrieve the car and was ambushed by police.

After arresting him, they organized a search of his car and apartment, which turned up incredibly disturbing evidence.

In Miyazaki’s apartment police found over 5,000 videotapes, some of anime and slasher films, and some homemade videos of himself abusing corpses. They also found photographs of his other victims and pieces of their clothing. And, of course, they discovered the body of his fourth victim, decomposing in his bedroom closet, her hands missing.

Throughout his trial, Tsutomu Miyazaki remained incredibly calm. Reporters noted that he was almost indifferent to his arrest and entirely unbothered by the things he had done or the fate he was facing.

He answered questions calmly, and appeared almost rational in his thinking, despite the fact that he had committed senseless crimes. When asked about his crimes, he blamed them on “Rat-Man,” an alter-ego who lived inside him and forced him to do terrible things. 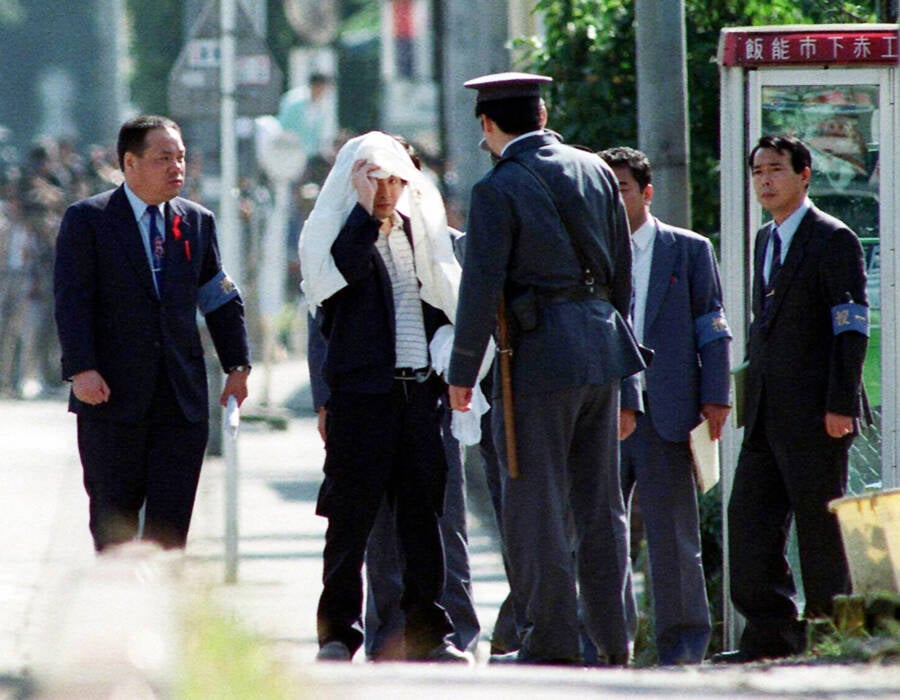 Psychoanalysts who examined him during the trial pinpointed his lack of connection with his parents as an early sign of his disturbance. They also noted that since he had no connection with his family, he had instead turned to a fantasy world, including manga and slasher films, to give him solace.

Meanwhile, his parents publically disowned him and his father refused to pay for his son’s legal fees. He would later commit suicide in 1994.

The term “Otaku” means one with obsessive interests, particularly in manga or anime, and the media immediately branded Miyazaki as such. Enthusiasts of the art form rejected the label and argued that there was no basis for their claims that manga had turned Miyazaki into a killer.

In the modern-day, this argument could perhaps be likened to those that assert video games promote gun violence.

Though three separate analytic teams examined him during his seven-year trial to determine whether or not he was “feeble-minded,” and thus entitled to a short sentence, the courts eventually found Miyazaki of sound mind, and thus eligible for the death penalty.

In 2008, his sentence was carried out and Tsutomu Miyazaki, the Otaku killer, finally answered for the terrible crimes he committed. He was hanged.

After this look at the Otaku killer, read about anther horrifying Japanese killer, Issei Sagawa. Then check out the gruesome story of Edmund Kemper.