Mass Rape In Europe And Asia 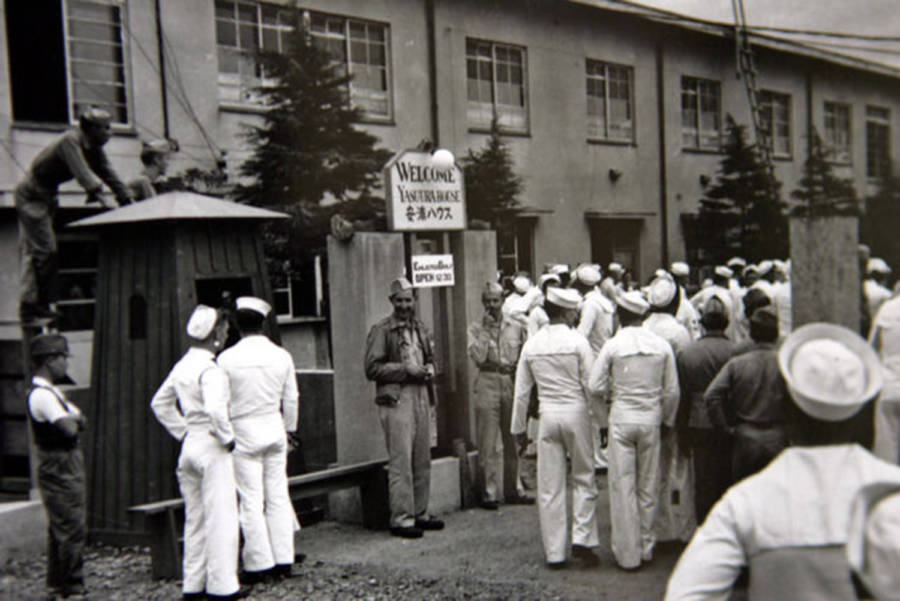 Wikimedia CommonsU.S. troops enter the Yasuura House in Yokosuka, Japan, one of many massive brothels set up by the Japanese government just after their surrender in hopes of curbing sexual assault against local women by Allied troops.

While history always remembers the amount of people killed and wounded during any war, even the amount of property damage caused, we tend to give relatively short shrift to the other tragic toll of war: rape.

So odious is the very notion that we tend to shut it out of our minds, but most historians agree that American soldiers raped tens of thousands of women across Europe and Asia throughout the war and its immediate aftermath.

Precise estimates are of course impossible to come by, however, J. Robert Lilly in Taken By Force estimates that American servicemen raped approximately 11,000 women in Germany in 1945 and 1946.

While mere “fraternization” with German women was technically forbidden, many soldiers and commanders ignored that rule or at least looked the other way when rapes occurred, with at least one American commander, according to Carol Harrington’s Politicization of Sexual Violence, stating that “copulation without conversation does not constitute fraternization.” 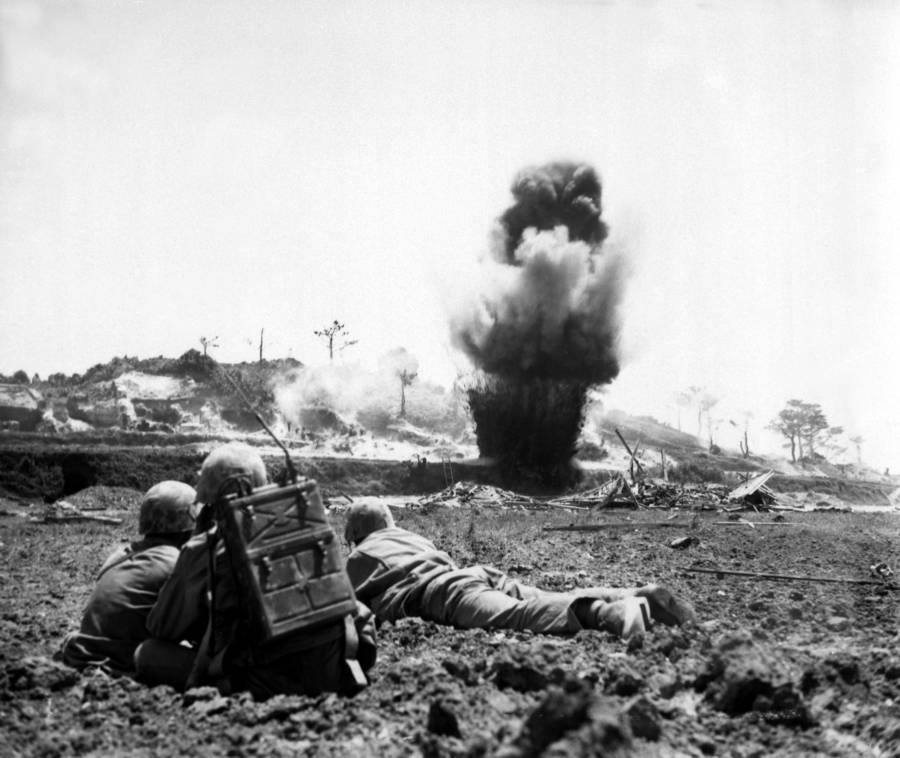 Wikimedia CommonsA U.S. Marine demolition crew destroys their target during the Battle of Okinawa in May 1945. Many now claim that U.S. forces raped thousands of local women during both the battle and the ensuing U.S. occupation of the island.

Many American attitudes were at least equally repugnant in the Pacific Theater as well. One estimate states that American troops raped 10,000 women on Okinawa alone (with three Marines even staying behind after fighting had stopped so that they could regularly raid villages and rape women). However, historians also universally agree that the vast majority of rapes went unreported, leaving the true total unknowable.

And the incidence of rape didn’t even stop when the fighting did. After the Japanese surrendered in September 1945, U.S. troops stayed behind as an occupying force, where the rapes continued. Within just the first ten days in the Kanagawa prefecture alone, 1,336 rapes were reported, with many others likely unreported.

The problem quickly became so severe that the Japanese government established the Recreation and Amusement Association, a network of dozens of military brothels catering to Allied troops. These brothels employed tens of thousands of women, some just in their early teens and many “recruited” with force by the police and even the yakuza, to service sometimes dozens of men per day.

With these brothels in place, the number of rapes quickly plummeted. However, when VD rates rose, the government shut the brothels down in early 1946 and rape cases, according to John W. Dower’s Embracing Defeat, instantly ballooned from about 40 per day to about 330 per day. 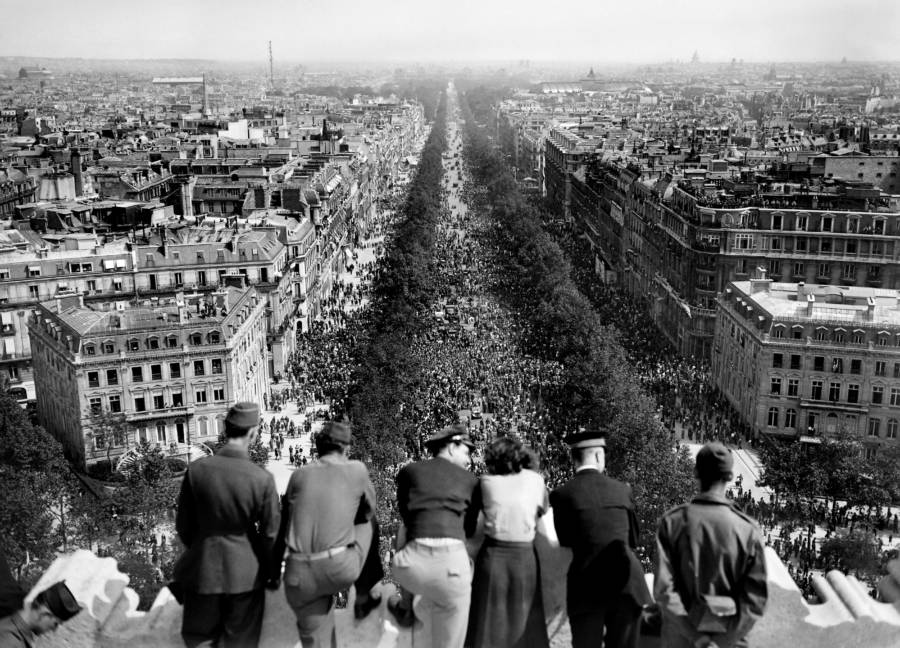 -/AFP/Getty ImagesCrowds gather on Paris’ Champs Elysees to celebrate the German surrender in May 1945. While the liberation of France over the preceding 11 months represented one of the Allies’ greatest victories, scholars now say that U.S. soldiers committed thousands of rapes in France during the liberation.

Scarcely better were the conditions in an Allied nation that U.S. troops were in the process not of occupying or invading, but liberating: France. According to Mary Louise Roberts’ What Soldiers Do, hundreds of French women reported being raped by American soldiers in places like Le Havre and Cherbourg during and soon after the country’s liberation in 1944.

LIFE magazine even described France as “a tremendous brothel inhabited by 40 million hedonists,” and the Stars and Stripes newspaper provided soldiers with a number of useful French phrases, including “You are very pretty” and “Are your parents at home?”

“Once aroused,” Roberts writes in summation, “the GI libido proved difficult to contain.”