For 27 years, Valentino Dixon sat in prison for a murder he did not commit. While behind bars, he began to draw golf courses — which would play an important role in his eventual release. 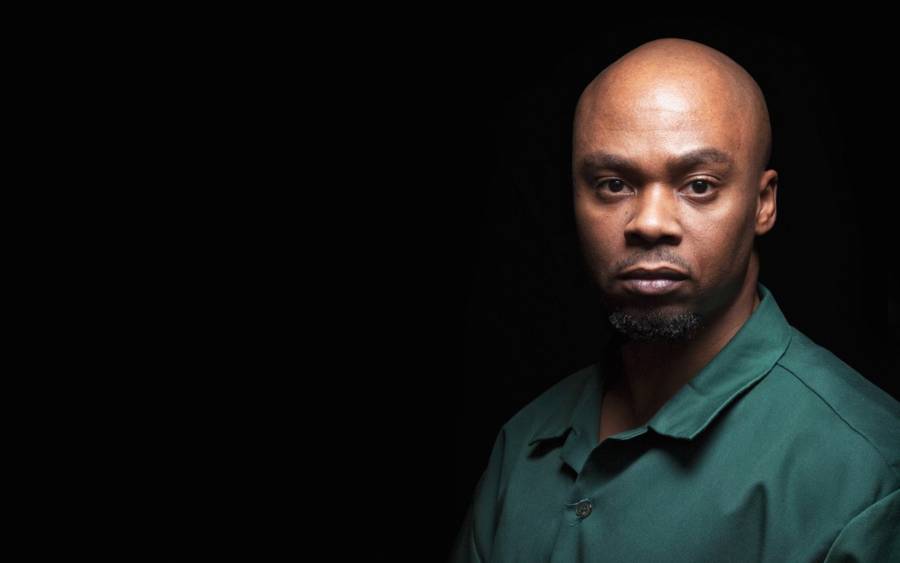 After spending 27 years locked away in prison for a murder he did not commit, Valentino Dixon is now free.

On Sept. 19, 48-year-old Dixon walked free after his murder conviction was vacated by New York’s Erie County Court, The New York Times reported. And he has two very unlikely sources to thank for his freedom: a group of Georgetown University students and Golf Digest magazine.

Dixon spent more than half of his life behind bars in the Attica Correctional Facility in New York serving his 40-year prison sentence for the 1991 murder of Torriano Jackson. 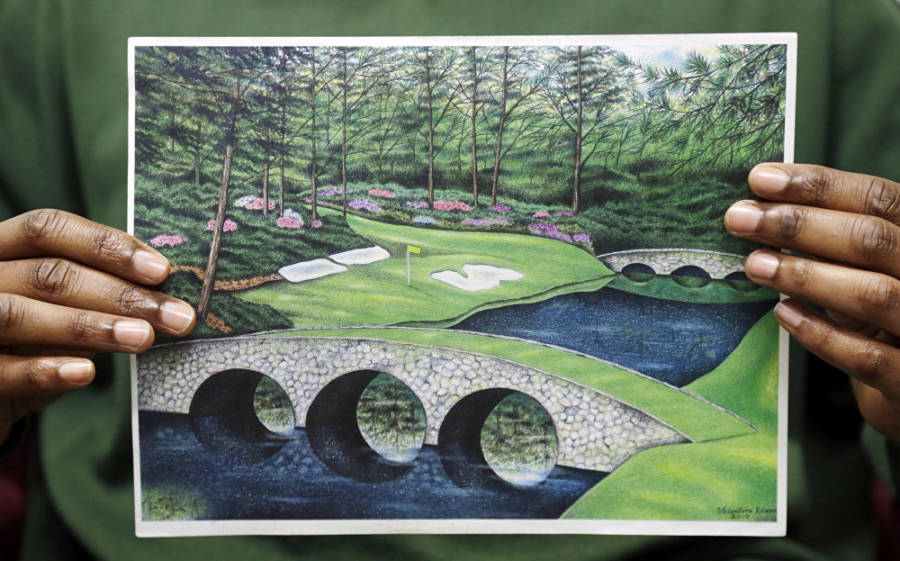 David Duprey/Associated PressValentino Dixon holds one of the illustrations he created while in prison.

On Aug. 10, 1991, gunshots rang through the air on a street in Buffalo, N.Y. Three people were injured and one person, 17-year-old Jackson, was killed. According to a 2012 Golf Digest profile on Dixon, he claimed to be in a store buying beer when he heard the shots.

At the time, Dixon, who was 21, was out on bail for possession charges and said he quickly left the scene, not wanting to get pulled into the situation and risk being sent to prison. However, just hours later, the police were at his door and arrested him for the murder of Jackson.

According to The New York Times, there was no physical evidence linking Dixon to the killing. Furthermore, two days after the shooting, another man named Lamarr Scott even confessed to the murder. Despite all of this, Dixon was convicted of the crime in 1992 and sent to prison. 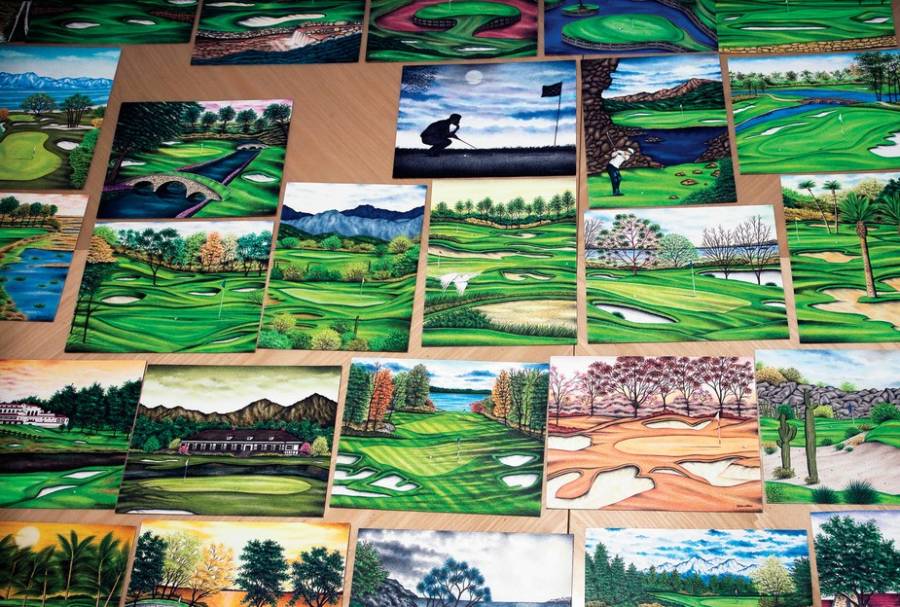 Golf DigestSome of the drawings of golf courses created by Valentino Dixon while he was in prison.

Dixon had been an artist from a young age and when he was behind bars, he picked up the hobby once again as a way to find relief. At the suggestion of a warden, Dixon began to draw golf courses and immediately found comfort in it.

“Something about the grass and sky was rejuvenating,” Dixon explained to Golf Digest about drawing his first golf course. “I’d been getting bored with drawing animals and people and whatever I’d get out of National Geographic. After 19 years in Attica (N.Y.) Correctional Facility, the look of a golf hole spoke to me. It seemed peaceful.”

Dixon had never played golf before but after drawing his first course, he was hooked. A fellow inmate would lend Dixon his copies of Golf Digest and he began creating other drawings based on the courses of the magazine’s pages.

During a period of only two years, Dixon said he drew more than 130 golf courses and believed that they gave his life a new purpose.

In the pages of the magazine, Dixon found much more than photos of golf courses; he found someone he could relate to. While flipping through the pages, Dixon came across a column written by Golf Digest editor Max Adler titled “Golf Saved My Life.” 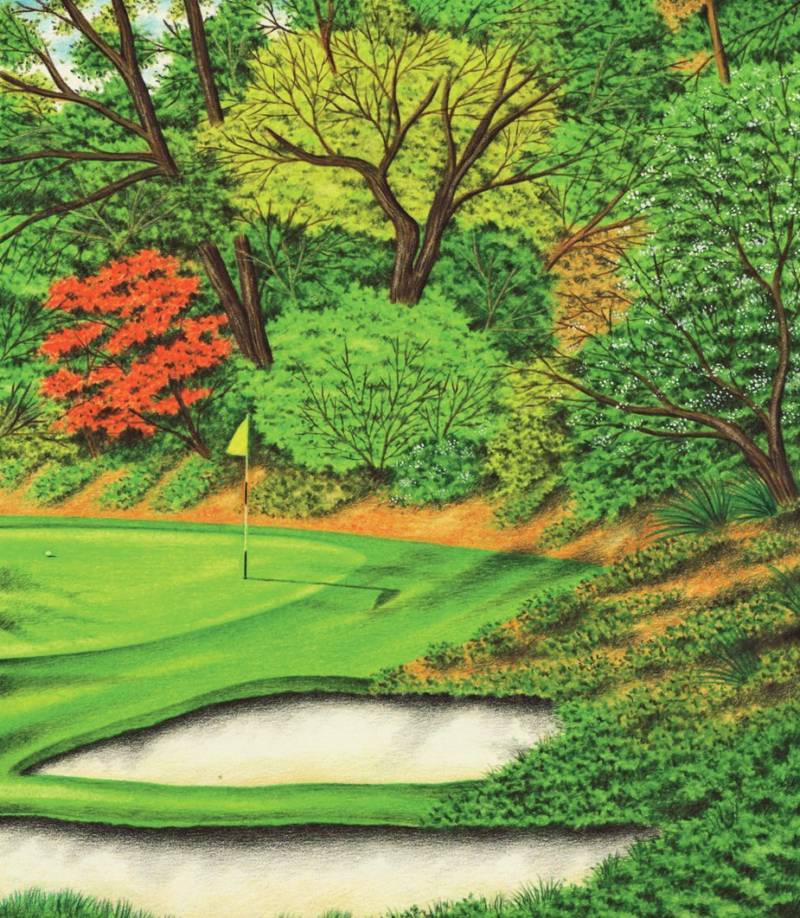 Dixon felt the same way and decided to write to Adler and sent him a few of his drawings, according to CBC Radio.

In the letter accompanying the drawings he sent to Adler, Dixon told him about himself and told the editor that he was innocent, a fact that he had maintained throughout his whole time in prison.

“I was initially very impressed with his art,” Adler explained on the CBC Radio podcast “As It Happens.” “But I wasn’t so sure about his conviction and that took a lot deeper digging before I … thought, ‘Wow this guy really did have a serious miscarriage of justice carried out against him.'”

Adler began digging into the case and in 2012, Golf Digest published the profile on Dixon. The story brought about a new wave of media attention and eventually also caught the eyes of students in a 2018 Georgetown University class titled Prison Reform Project, which began investigating the details of Dixon’s case for themselves, according to The New York Times.

They tracked down witnesses, examined documents, visited Dixon in prison, and pulled together huge amounts of new evidence. Working in conjunction with Dixon’s lawyer, Donald Thompson, the students’ research helped Thompson present the case to the District Attorney’s office.

Their new evidence, including multiple witnesses saying Dixon was innocent, was deemed credible and Dixon has now been cleared of the murder charge and set free. 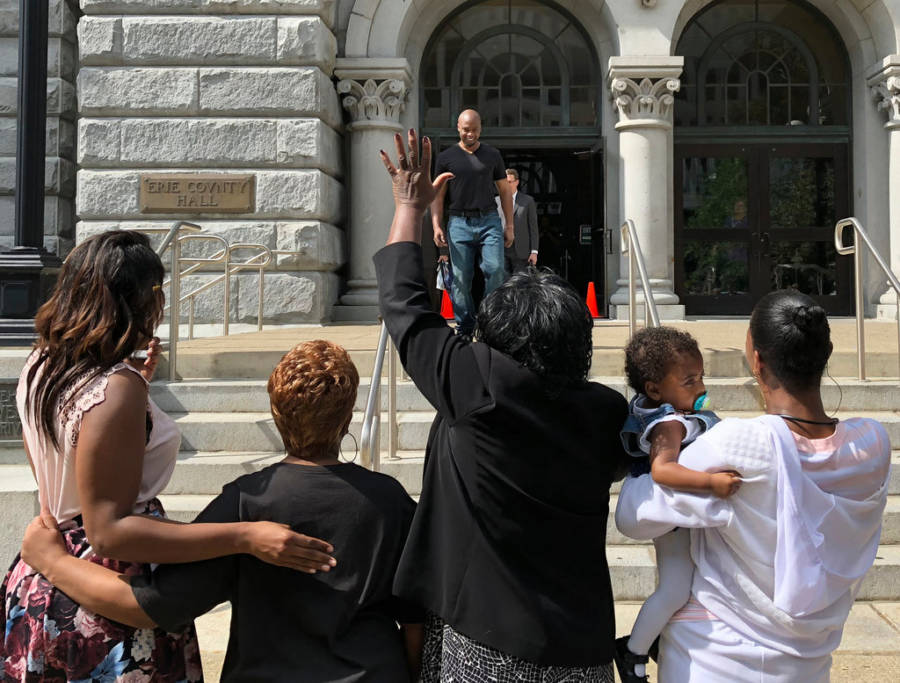 Carolyn Thompson/Associated PressValentino Dixon on Sept. 19 after the Erie County Court vacated a murder conviction that had put him behind bars for 27 years.

According to The New York Times, Dixon now plans to dedicate his life to fighting mass incarceration and, of course, finally, play a round of golf.

Next, check out the story of Richard Glossip, who may be the most wrongly convicted person currently sitting on death row. Then, read the infamous story of the wrongfully convicted West Memphis Three.