Her Plane Exploded 33,000 Feet In The Air – And Somehow Vesna Vulović Survived The Fall

In the end, the very thing that almost prevented Vesna Vulović from becoming a flight attendant is what ultimately kept her alive. 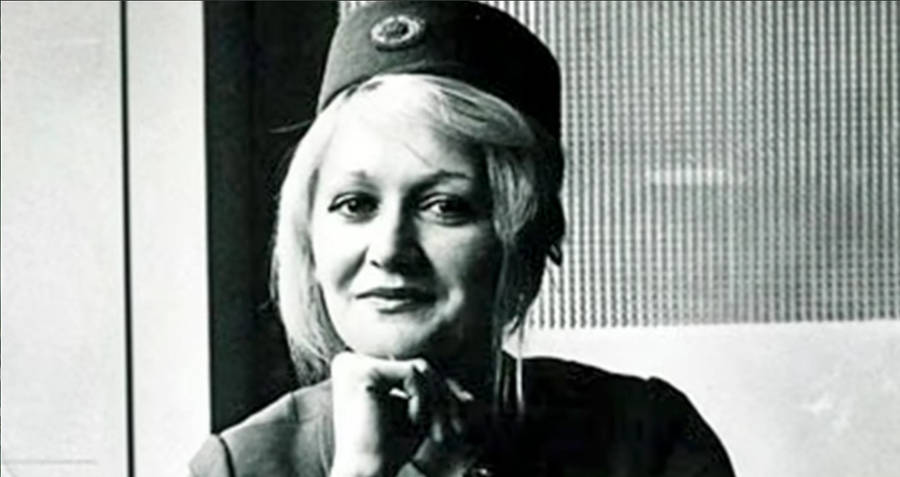 On the evening of January 26, 1972, Bruno Honke heard screaming coming from a hillside just outside of his village in Czechoslovakia. As he went to investigate, he came across a grisly sight: the wreckage of an airplane, torn apart by an explosion.

Though it seemed impossible that anyone could have survived such a crash, Honke soon realized that someone had. Amid the wreckage was a woman wearing a bloodstained turquoise flight attendant’s uniform and no shoes.

Her name was Vesna Vulović and though even she didn’t know it yet, she had just survived an epic fall of 33,330 feet in what is one of the strangest world records: surviving the highest fall without a parachute.

Up In The Air 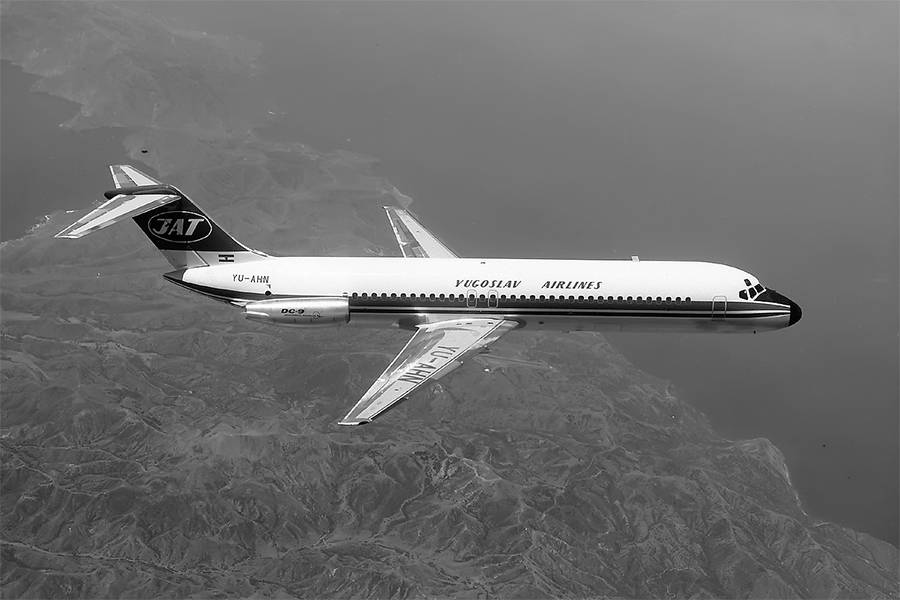 YouTubeThe same type of aircraft that Vesna Vulović was on before her fall.

Serbian-born Vesna Vulović was 22 years old and had been a flight attendant for only eight months before the fateful crash. After traveling to London to learn English, she realized her love of traveling. When she found out a friend was becoming a flight attendant and traveling the world, she jumped at the chance.

In 1971 she joined JAT Airways, Yugoslavia’s national flag carrier and the country’s largest airline. However, her dream almost didn’t come true. With a history of low blood pressure, Vulović knew it was unlikely she’d pass the medical exam. So right before heading in, she drank several cups of coffee, hoping it would keep her blood pressure high enough.

To her delight, it worked, and she was allowed into the flight attendant training program. 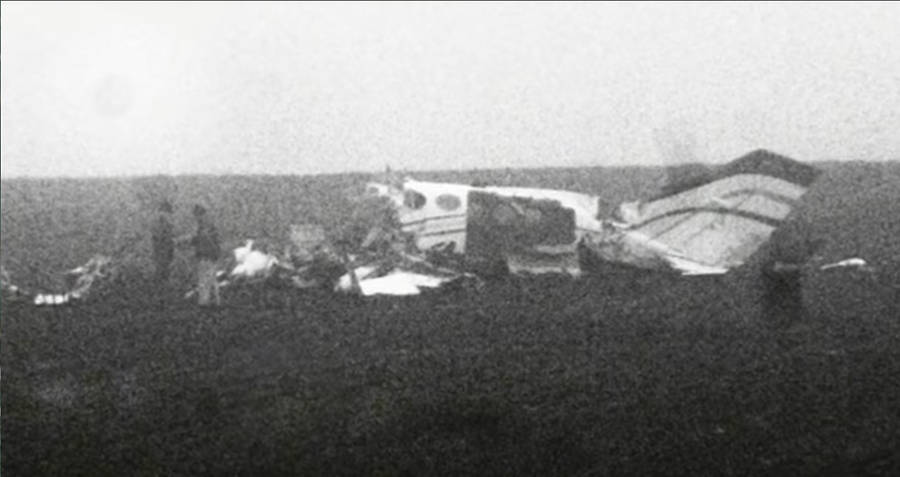 Eight months into her flight attendant career, Vesna Vulović was told to join the crew of JAT Flight 367, flying from Stockholm to Belgrade with a stopover in Copenhagen. Though she realized that JAT had confused her with another attendant named Vesna, she agreed to join anyway. Having never been to Denmark, Vulović considered it yet another opportunity to travel.

When she arrived, however, she found a downtrodden crew. While Vulović had been hoping to go sightseeing, the rest of the group seemed focused on shopping and sitting in the hotel. The captain, Vulović would later recall, spent 24 hours locked in his room, refusing to go out at all.

At 1:30 PM on January 26, 1972, the crew met Flight 367 at the Copenhagen Airport and watched as the passengers and previous crew deplaned. The new passengers boarded and the flight eventually took off at 3:15 PM.

At 4:01 PM, there was an explosion in the baggage compartment. The aircraft broke apart in mid-air before falling 33,330 feet down to the ground in Srbská Kamenice, Czechoslovakia. Of the 28 passengers and crew, Vesna Vulović was the only survivor. 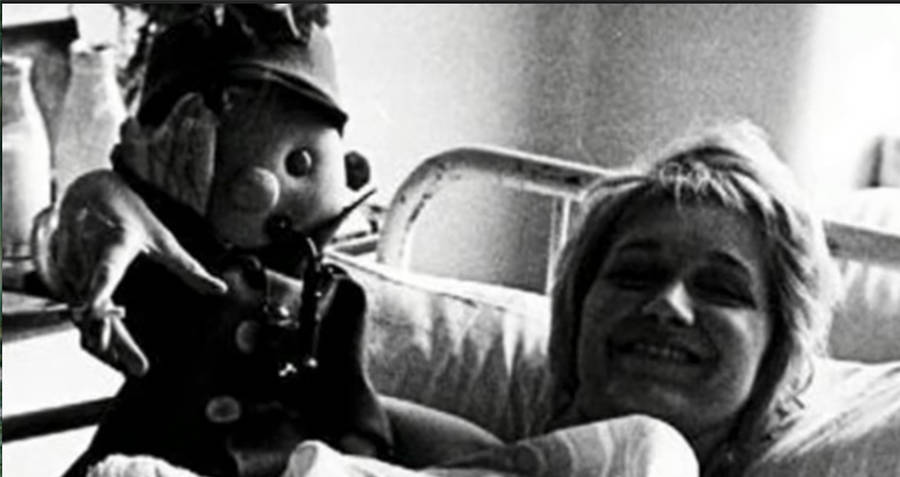 Fortunately, Bruno Honke, the villager who discovered her, had been a medic during World War II and was able to keep her alive until rescuers arrived. But it was no easy feat. From the crash, Vulović had sustained two broken legs, three broken vertebrae, a fractured pelvis, broken ribs, and a fractured skull.

After being taken to a hospital in Prague, Vesna Vulović spent several days in a coma recovering.

In addition to her extensive bodily injuries and her fractured skull, her brain had also hemorrhaged and she had total amnesia. From the hour preceding the crash until almost a month afterward, Vulović had no idea what had happened. She remembered greeting passengers for the flight, and then nothing until she saw her parents in her hospital room.

Though her injuries could have left her permanently paralyzed or even dead, within 10 months of her fall Vesna Vulović was walking again. Doctors had never expected her to live that long, and indeed from the moment she awoke, she surprised them all.

The first thing she did upon waking was ask for a cigarette. Her recovery period was actually relatively short and incredibly successful – a fact she attributes to “a childhood diet that included chocolate, spinach, and fish oil.” 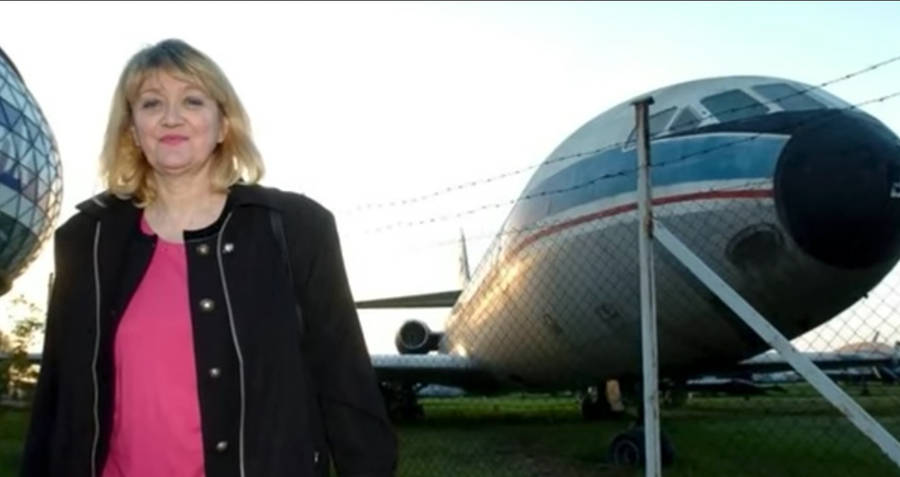 Air safety investigators believe that Vulović’s position within the aircraft at the time of the explosion helped her survive the fall. She was in the rear of the plane with a food cart when the fuselage broke apart.

While many other passengers were sucked out of the plane after the explosion, Vulović became pinned by the cart. The small section she was in fell to the ground on a heavily wooded, snow-covered hillside.

Vulović’s doctors concurred with the air investigators and added their own conclusions. They claimed that the very thing that almost kept Vulović from being a flight attendant is what ultimately saved her life. Her physicians believe her low blood pressure kept her heart from bursting on impact with the mountainside.

The explosion was determined to be from a briefcase bomb planted by the Ustaše – a Croatian separatist group seeking independence from Yugoslavia. In response to the attack, airport security measures were tightened in the country.

Due to her amnesia, Vesna Vulović had no memory of the crash or the explosion and was left with the same love of flying and sense of adventure she had beforehand. She remained an avid flyer and died in 2016 at the age of 66.

After learning about Vesna Vulović and her record-breaking fall from the sky, check out Juliane Koepcke, who survived an extreme fall and then an 11-day trek through the jungle. Then, read about Charles Joughin, the baker on the Titanic who survived the frigid waters that night through interesting means.