The Incredible Story Of Juliane Koepcke, The Teenager Who Fell 10,000 Feet Out Of A Plane And Somehow Survived

After becoming the sole survivor of the LANSA Flight 508 crash over the Peruvian rainforest in 1971, Juliane Koepcke spent 11 days in the jungle clawing her way back to civilization.

Juliane Koepcke had no idea what was in store for her when she boarded LANSA Flight 508 on Christmas Eve in 1971.

The 17-year-old was traveling with her mother from Lima, Peru to the eastern city of Pucallpa to visit her father, who was working in the Amazonian Rainforest. She had received her high school diploma the day before the flight and had planned to study zoology like her parents.

But then, the hour-long flight turned into a nightmare when a massive thunderstorm sent the small plane hurtling into the trees. “Now it’s all over,” Koepcke recalls hearing her mother say. The next thing she knew, she was falling from the plane and into the canopy below.

This is the tragic and unbelievable true story of Juliane Koepcke, the teenager who fell 10,000 feet into the jungle — and survived. 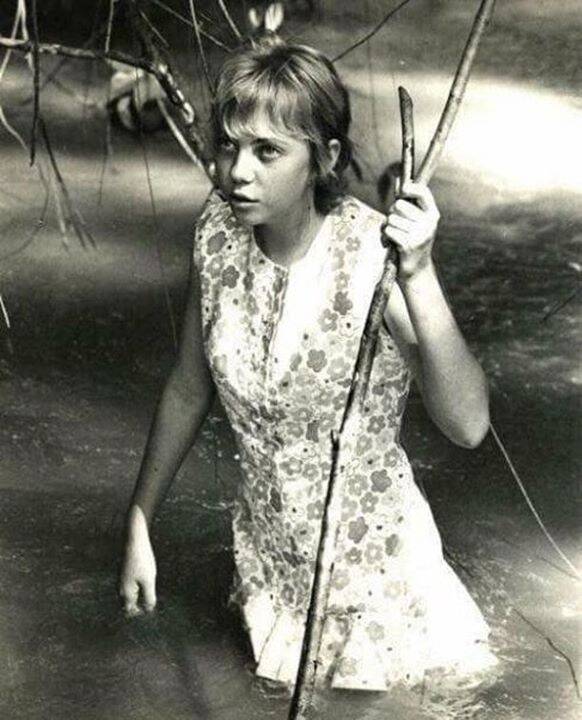 TwitterJuliane Koepcke wandered the Peruvian jungle for 11 days before she stumbled upon loggers who helped her.

Born in Lima on Oct. 10, 1954, Koepcke was the child of two German zoologists who had moved to Peru to study wildlife. Starting in the 1970s, Koepcke’s father lobbied the government to protect the the jungle from clearing, hunting and colonization.

Dedicated to the jungle environment, Koepcke’s parents left Lima to establish Panguana, a research station in the Amazon rainforest. There, Koepcke grew up learning how to survive in one of the world’s most diverse and unforgiving ecosystems.

“I grew up knowing that nothing is really safe, not even the solid ground I walked on,” Koepcke, who now goes by Dr. Diller, told The New York Times in 2021. “The memories have helped me again and again to keep a cool head even in difficult situations.”

By “the memories,” Koepcke meant that harrowing experience on Christmas eve in 1971.

On that fateful day, the flight was meant to be an hour long. But just 25 minutes into the ride, tragedy struck.

The Crash Of LANSA Flight 508

Koepcke was seated in 19F beside her mother in the 86-passenger plane when suddenly, they found themselves in the midst of a massive thunderstorm. The plane flew into a swirl of pitch-black clouds with flashes of lightning glistening through the windows.

As baggage popped out of the overhead compartments, Koepcke’s mother murmured, “Hopefully this goes all right.” But then, a lightning bolt struck the motor, and the plane broke into pieces.

“What really happened is something you can only try to reconstruct in your mind,” recalled Koepcke. She described people’s screams and the noise of the motor until all she could hear was the wind in her ears.

“The next thing I knew, I was no longer inside the cabin,” Koepcke said. “I was outside, in the open air. I hadn’t left the plane; the plane had left me.”

Still strapped to her seat, Juliane Koepcke realized she was free-falling out of the plane. Then, she lost consciousness.

When she awoke, she had fallen 10,000 feet down into the middle of the Peruvian rainforest — and had miraculously suffered only minor injuries.

Surviving In The Rainforest For 11 Days

Dizzy with a concussion and the shock of the experience, Koepcke could only process basic facts. She knew she had survived a plane crash and she couldn’t see very well out of one eye. With a broken collarbone and a deep gash on her calf, she slipped back into unconsciousness.

It took half a day for Koepcke to fully get up. At first, she set out to find her mother but was unsuccessful. On the way, however, Koepcke had come across a small well. Though she was feeling hopeless at this point, she remembered her father’s advice to follow water downstream as that’s was where civilization would be. 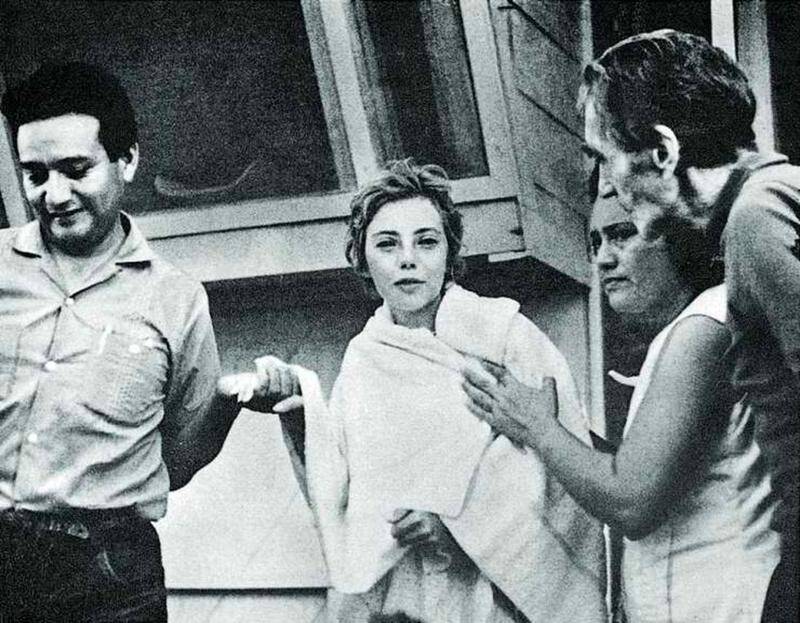 Wings of Hope/YouTubeThe teenager pictured just days after being found lying under the hut in the forest after hiking through the jungle for 10 days.

And so Koepcke began her arduous journey down stream. Sometimes she walked, sometimes she swam. On the fourth day of her trek, she came across three fellow passengers still strapped to their seats. They had landed head first into the ground with such force that they were buried three feet with their legs sticking straight up in the air.

One of them was a woman, but after checking, Koepcke realized it was not her mother.

Amongst these passengers, however, Koepcke found a bag of sweets. It would serve as her only food source for the rest of her days in the forest.

It was around this time that Koepcke heard and saw rescue planes and helicopters above, yet her attempts to draw their attention were unsuccessful.

The plane crash had prompted the biggest search in Peru’s history, but due to the density of the forest, aircraft couldn’t spot wreckage from the crash, let alone a single person. After some time, she couldn’t hear them and knew that she was truly on her own to find help.

On her ninth day trekking in the forest, Koepcke came across a hut and decided to rest in it, where she recalled thinking that she’d probably die out there alone in the jungle.

But then, she heard voices. They belonged to three Peruvian loggers who lived in the hut.

“The first man I saw seemed like an angel,” said Koepcke.

The men didn’t quite feel the same way. They were slightly frightened by her and at first thought she could be a water spirit they believed in called Yemanjábut. Still, they let her stay there for another night and the following day, they took her by boat to a local hospital located in a small nearby town.

After 11 harrowing days along in the jungle, Koepcke was saved.

After she was treated for her injuries, Koepcke was reunited with her father. It was then that she learned her mother had also survived the initial fall, but died soon afterward due to her injuries.

Koepcke went on to help authorities locate the plane, and over the course of a few days, they were able to find and identify the corpses. Of the 92 people aboard, Juliane Koepcke was the sole survivor.

Life After Her Survival Story 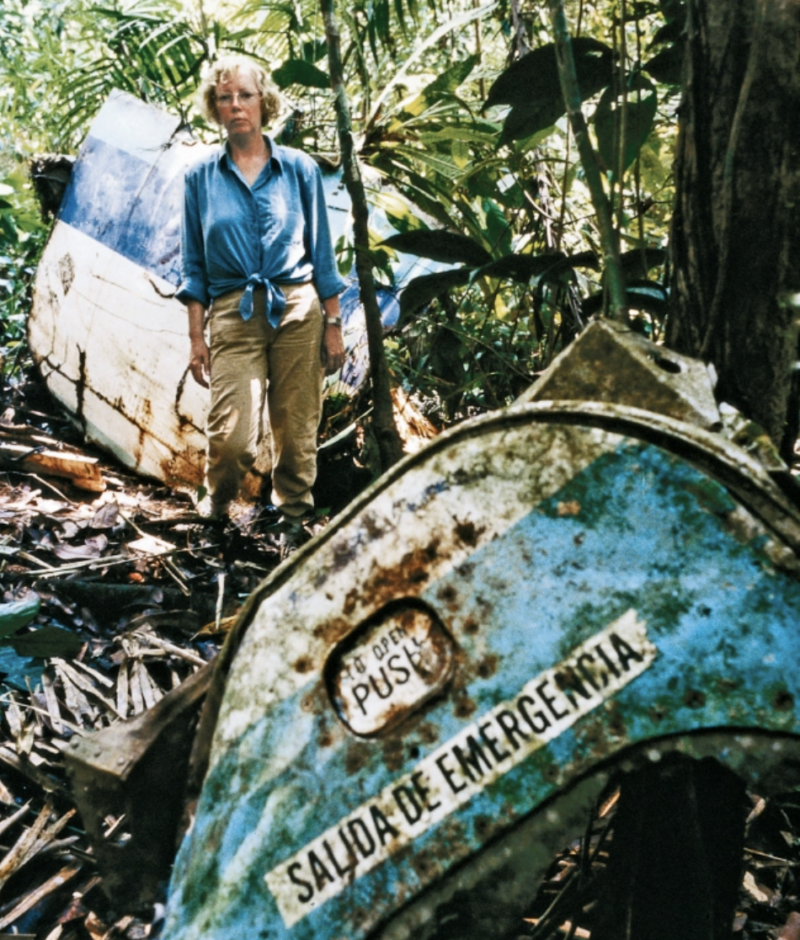 Wings of Hope/IMDbKoepcke returning to the site of the crash with filmmaker Werner Herzog in 1998.

Life following the traumatic crash was difficult for Koepcke. She became a media spectacle — and she was not always portrayed in a sensitive light. Koepcke developed a deep fear of flying, and for years, she had recurring nightmares.

But she survived as she had in the jungle. She eventually went on to study biology at the University of Kiel in Germany in 1980, and then she received her doctorate degree. She returned to Peru to do research in mammalogy. She married and became Juliane Diller.

In 1998, she returned to the site of the crash for the documentary Wings of Hope about her incredible story. On her flight with director Werner Herzog, she once again sat in seat 19F. Koepcke found the experience to be therapeutic.

It was the first time she was able to focus on the incident from a distance and, in a way, gain a sense of closure that she said she still hadn’t gotten. The experience also prompted her to write a memoir on her remarkable tale of survival, When I Fell From the Sky.

Despite overcoming the trauma of the event, there’s one question that lingered with her: Why was she the only survivor? Koepcke has said the question continues to haunt her. As she said in the film, “It always will.”

After learning about Juliane Koepcke’s unbelievable survival story, read about Tami Oldham Ashcraft’s story of survival at sea. Then check out these amazing survival stories.