Beginning in 2010, investigators uncovered 16 corpses — mostly young women — who had been killed over a period of at least 14 years and discarded across New York’s Gilgo Beach. Authorities believe that they may have been victims of the mysterious Long Island Serial Killer. 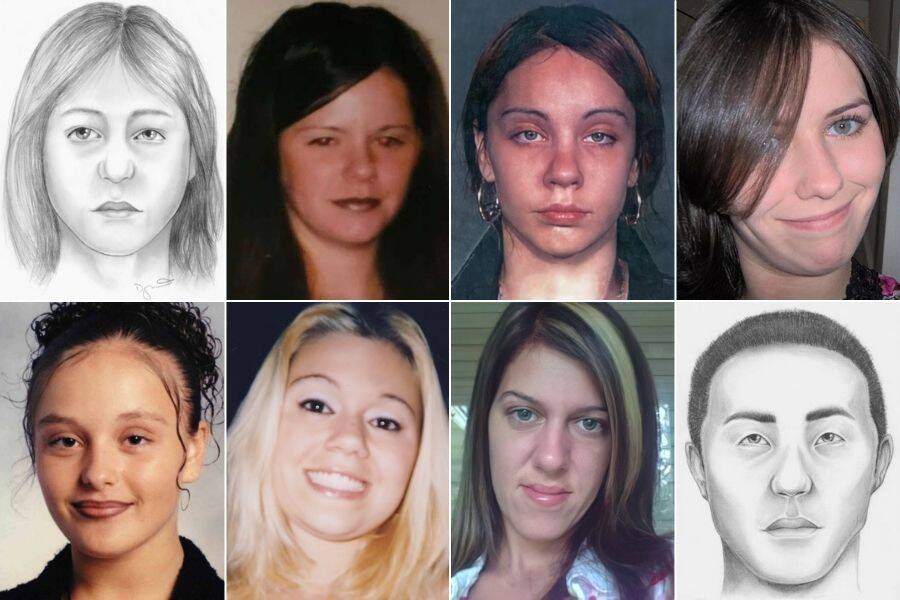 Gilgo CaseThis composite shows the six identified victims linked to the Long Island Serial Killer case along with police sketches of two Gilgo Beach murder victims whose identities have not been confirmed.

Beginning in 1996, police started discovering human remains near Gilgo Beach on Long Island’s South Shore. And for the next decade, they kept finding more. But it wouldn’t be until 2010 that a new discovery led them to believe that all the victims could be the work of a single murderer dubbed the Long Island Serial Killer.

That December, Suffolk County officer John Mallia and his specialized cadaver dog were searching for Shannan Gilbert, a local woman who had gone missing seven months earlier. But as the dog tried to pick up Gilbert’s scent, it led Mallia to something much worse — the remains of four bodies, all within 500 feet of each other.

Police immediately launched an extensive investigation into the so-called Gilgo Four. By the end of 2011, they’d found six more sets of human remains near the same stretch of Ocean Parkway along Gilgo Beach. To this day, four victims remain unidentified, and police believe there could be as many as six more victims linked to the Gilgo Beach murders.

But even after years of investigation and countless leads, the case repeatedly goes cold. Every so often, Suffolk County police release new evidence in the hope of identifying more of the victims. Yet the identity of the Long Island Serial Killer has remained mysterious for more than two decades. 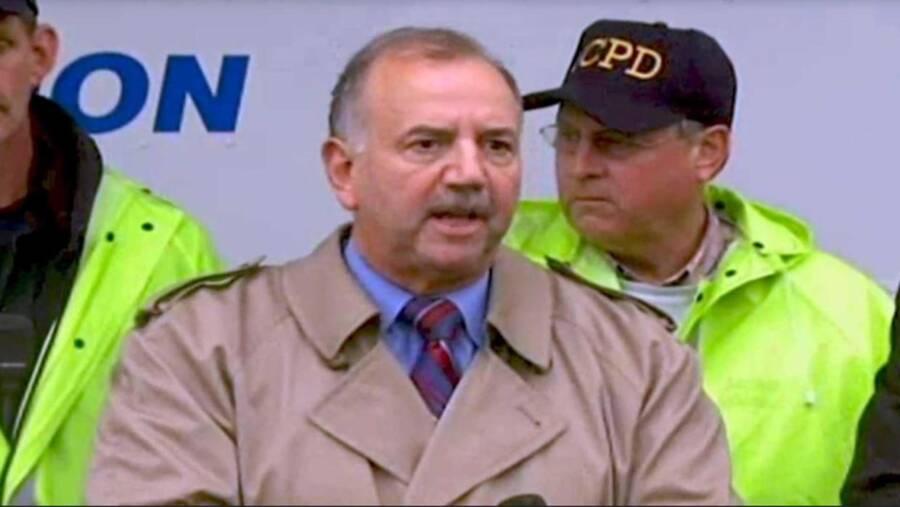 Long Island’s South Shore is typically a dreamy paradise along the East Coast with shimmering water, plenty to do in the summer, and a tight-knit community many call home. But for 23-year-old Shannan Gilbert and more than a dozen others, it became a nightmare.

When Officer Mallia and his dog found the human remains along a remote stretch of Gilgo Beach, it began a lengthy investigation into nearly 20 years worth of murders by an unidentified suspect known variously as the Gilgo Beach Killer, the Craigslist Ripper, and the Manorville Butcher.

Today, the mysterious murderer is known as the Long Island Serial Killer. It is believed that the suspected serial killer brutally strangled between 10 and 16 people, all but one of who were women.

After police found the Gilgo Beach victims along Ocean Parkway, Suffolk County Police Commissioner Richard Dormer made a bleak announcement. He flatly told the press and community, “Four bodies found in the same location pretty much speaks for itself. It’s more than a coincidence. We could have a serial killer,” according to LongIsland.com.

The news sent shockwaves through the community, and police launched a full investigation based on the findings from the women who became known as the Gilgo Beach Four: 22-year-old Megan Waterman, 25-year-old Maureen Brainard-Barnes, 24-year-old Melissa Barthelemy, and 27-year-old Amber Lynn Costello.

What The Gilgo Beach Murders Reveal About The Killer 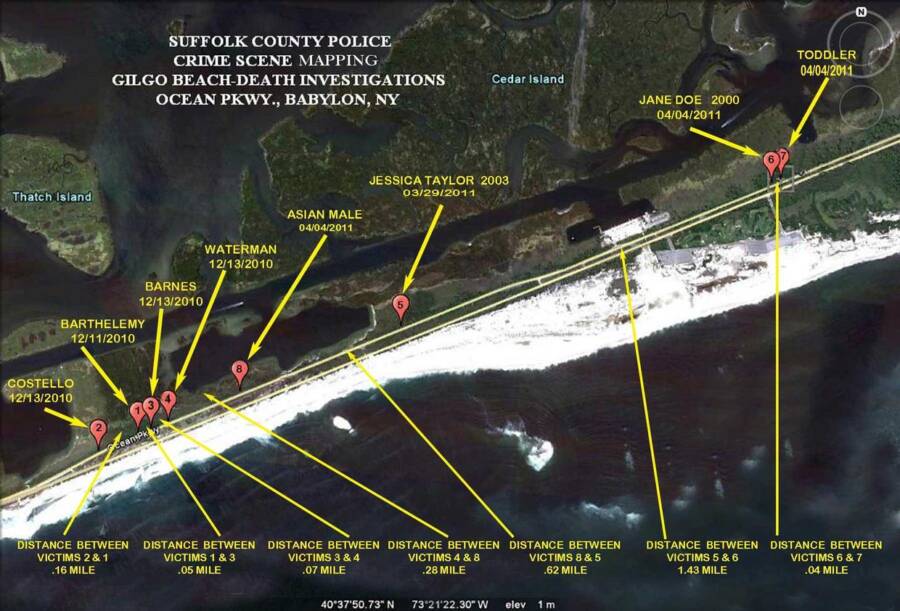 Investigators determined that the Gilgo Four had several things in common. They had all been sex workers who used Craigslist to advertise online before they disappeared. Each woman’s body was found in individual burlap sacks. and heir autopsies all revealed they died from strangulation.

A few months into the Long Island Serial Killer case, police widened their search area based on evidence from the first four women. By March 2011, they’d discovered four more women. A month later, they found another three one mile east of the Gilgo Four.

Though these women were not wrapped in burlap like the first four, police determined that investigators needed to widen their scope even further to find any more potential victims, according to Newsday.

Only one of these last bodies to be discovered has been identified. Twenty-year-old New York City resident Jessica Taylor went missing in 2003. At the time she vanished, she also made her living with sex work. She was found buried near another woman, a child, and a man.

Why The Investigation Went Cold After Several Months 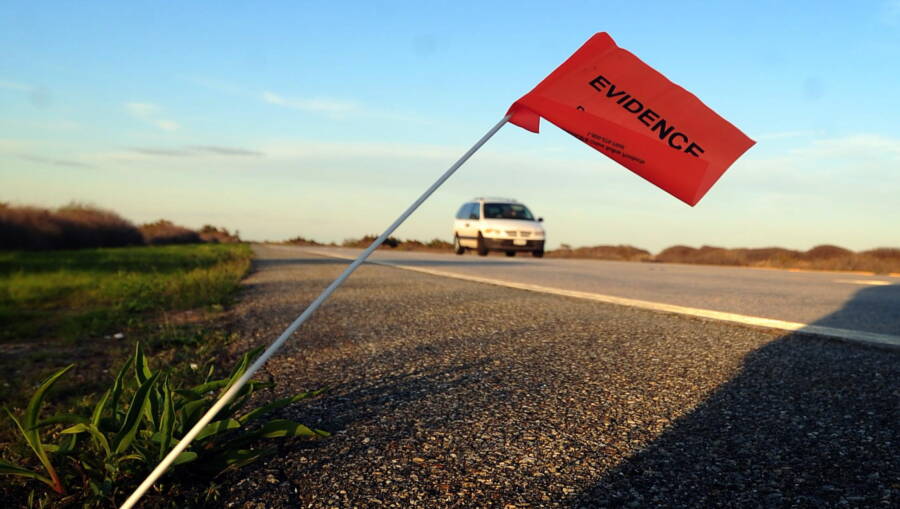 Thomas A. Ferrara/Newsday RM via Getty ImagesAn evidence marker along Ocean Parkway near Gilgo Beach, New York, on May 9, 2011.

The additional seven bodies were enough to pull surrounding officers and the New York State Police into the Long Island Serial Killer investigation. On April 11, 2011, the investigation led to the discovery of another potential victim, bringing the total to 10. None of the victims were Shannan Gilbert, even though it was her disappearance that started the investigation.

Eleven days later, police found two human teeth after cutting through the brush along Ocean Parkway. No victim has been linked to this evidence. More remains were found and matched to unidentified victims, but identifying the victims remained challenging.

In December 2016, police were able to match a torso found by a hiker in another location in 1997 to dismembered remains found near Jones Beach in neighboring Nassau County. A Black woman in her 20s or 30s when she died, police dubbed her “Peaches” because she had a distinctive tattoo of the fruit on her chest, according to The Long Island Press. Because her killer severed her head from her torso, police have been unable to release a composite sketch of what she looked like.

Suffolk County police issued a reward of $5,000 to $25,000 for any information that led to an arrest of the Long Island Serial Killer, but nothing came through. With no further evidence and an inability to identify the victims, the case went cold yet again. 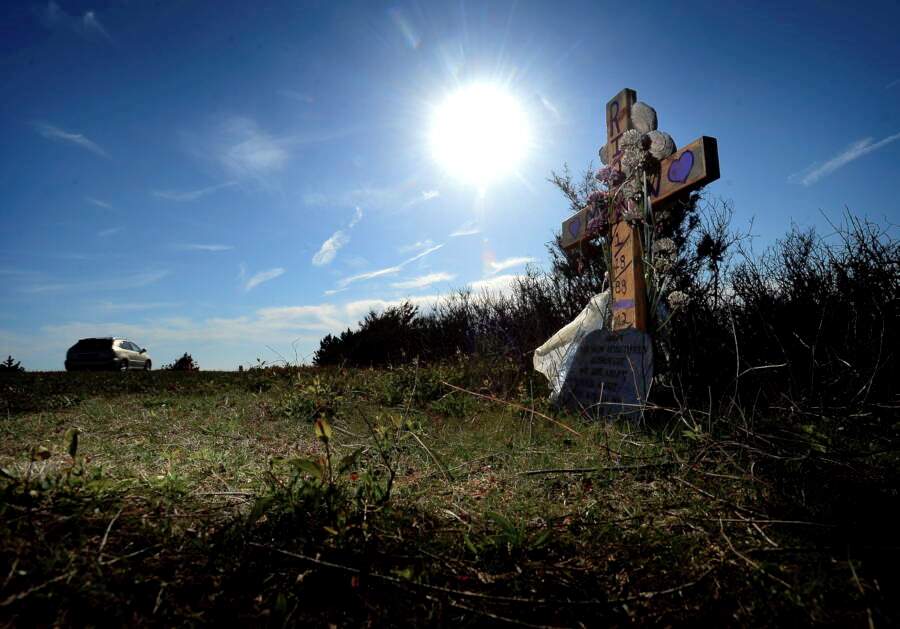 Thomas A. Ferrara/Newsday RM via Getty ImagesA makeshift memorial for a victim in the Gilgo Beach murders stands along Ocean Parkway near the site where police recovered the remains of the victims of the Long Island Serial Killer.

Late into the investigation into the Long Island Serial Killer, Shannan Gilbert’s body was found on Oak Beach, a short distance from the Gilgo Four. Like the four women, Gilbert was also a sex worker and was close in age to the other victims, though this information was not released during the original investigation.

The lack of transparency also proved to be a factor in the overall success of the case. Much more was known about the Gilgo Four than was released, but the new Suffolk County Police Commissioner, Rodney Harrison, has sought to change that with further information. Harrison said, “As the Homicide Squad continues its tireless work on this investigation, we believe now is the right time to disseminate this previously unreleased information in hopes of eliciting tips from the public and providing greater transparency about the victims.”

Harrison has released as much information about the Long Island Serial Killer’s victims as is known, except for information about Shannan Gilbert, a point of contention between Gilbert’s family and police. He has also increased the reward to $50,000 for any information that may identify who the killer is.

In May 2022, police released the full audio from Shannan Gilbert’s 911 call from the night she vanished in the hope of getting answers in the case. The tape lasts 21 minutes, though parts of it are filled with silence in between repetitions of her telling the operator, “There’s somebody after me,” according to CBS News.

With new information being released, old case details being reviewed, and the Gilbert family remaining diligent in helping solve the case of their daughter and the other victims, the Long Island Serial Killer that has tormented New York for decades may soon be found.

After reading the chilling story of the Long Island Serial Killer, learn about the most bizarre cases that Unsolved Mysteries helped solve. Then, read the disturbing story of the Chicago Strangler, an alleged serial killer who may have murdered up to 50 women across the city.