Inside The Mystery Of The Chicago Strangler, An Alleged Serial Killer Who May Have Murdered More Than 50 Women

Between 1999 and 2018, there were dozens of chillingly similar cases of women killed by strangulation in Chicago's South and West sides — and they're all still unsolved. 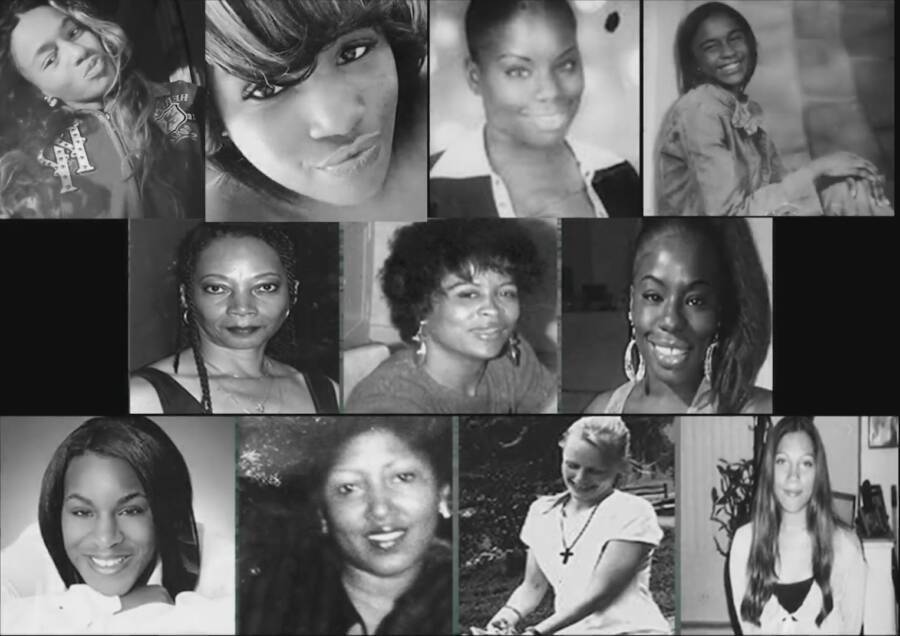 The Unforgotten51 ProjectSome of the victims of the so-called Chicago strangler, whose cases all remain unsolved.

Something is very wrong in the Windy City. Since 1999, at least 50 women — mostly Black — have been murdered in a disturbingly similar fashion. But is it the work of a single killer dubbed the “Chicago Strangler?”

Here, opinions differ. The Chicago police deny that any one person is behind the slayings. Others point to parallels across the murders, including location, method, and victimology, to suggest a Chicago serial killer has been terrorizing the streets for over two decades.

What’s certain is that women are dying at an alarming rate. And most of their murders have not been solved.

The Murders Of The Chicago Strangler 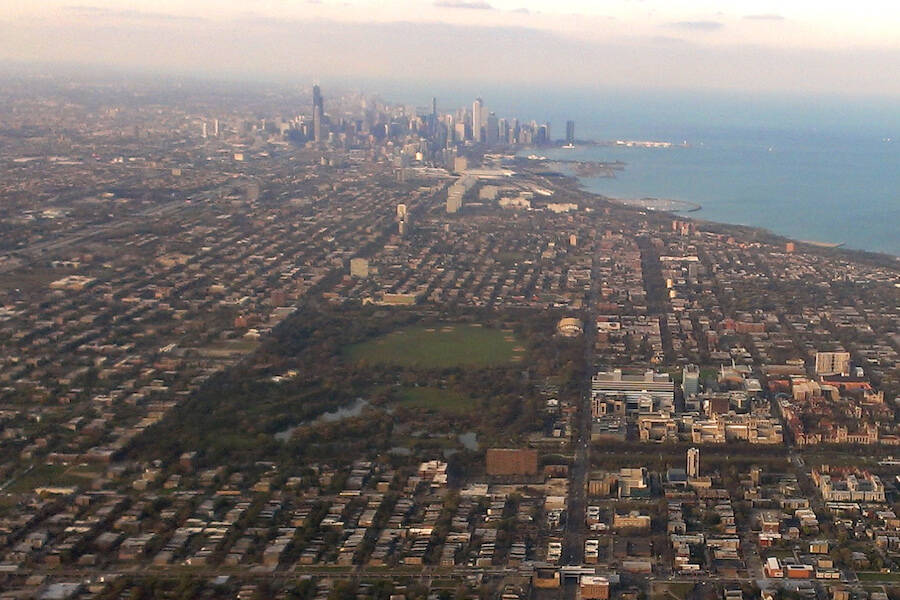 Alfred Twu/Wikimedia CommonsChicago’s South Side, with Washington Park at the center.

All the women were found dumped after being killed in Chicago’s South and West Side neighborhoods, usually in abandoned buildings or alleyways. About 47 percent had a history of sex work and about three quarters were Black.

They were also killed in a brutal fashion. Some victims were raped and beaten. Others were bound and gagged. Some of the women had plastic bags tied over their heads. Most were stripped of their clothing; some were set on fire.

Each of these deaths represents a unique tragedy to the families they left behind. Angela Ford, the earliest unsolved case, vanished after leaving home to pick up her children’s report cards in 1999. She was found strangled and unconscious days after her disappearance, and she eventually died in 2001 after a year and a half in a coma.

Gwendolyn Williams, the eldest of six, was found murdered in 2002.

“When you have a family that’s so close and so used to doing every single thing together — everything together? You don’t imagine anybody in that puzzle missing,” said Williams’s brother, Michael Pritchett.

“Not one piece missing. And they took her from us, you know? You done messed up our puzzle.”

In 2007, two women were found murdered within 48 hours of each other. Theresa Bunn, who was eight months pregnant, was strangled, stripped, thrown in a dumpster, and set on fire. The next day, Hazel Lewis’s body was found in a burning trash can behind an elementary school.

Yet despite the violence and frequency of these murders, few have elicited much media attention.

“You’re talking about women who were thrown in the trash, who were found in abandoned buildings,” remarked Cook County State’s Attorney Kim Foxx. “Horrors that were just blips in the news, if at all.”

In recent years, however, this spate of deaths has gotten a closer look. And some believe that a single serial killer, the so-called Chicago Strangler, could be behind the murders.

Could The Windy City Have A Serial Killer?

To Thomas Hargrove, founder of the Murder Accountability Project (MAP), the murders in Chicago are more than random violence. They’re the work of a single killer.

“We know this is a series,” Hargrove said. “We have no doubt.” 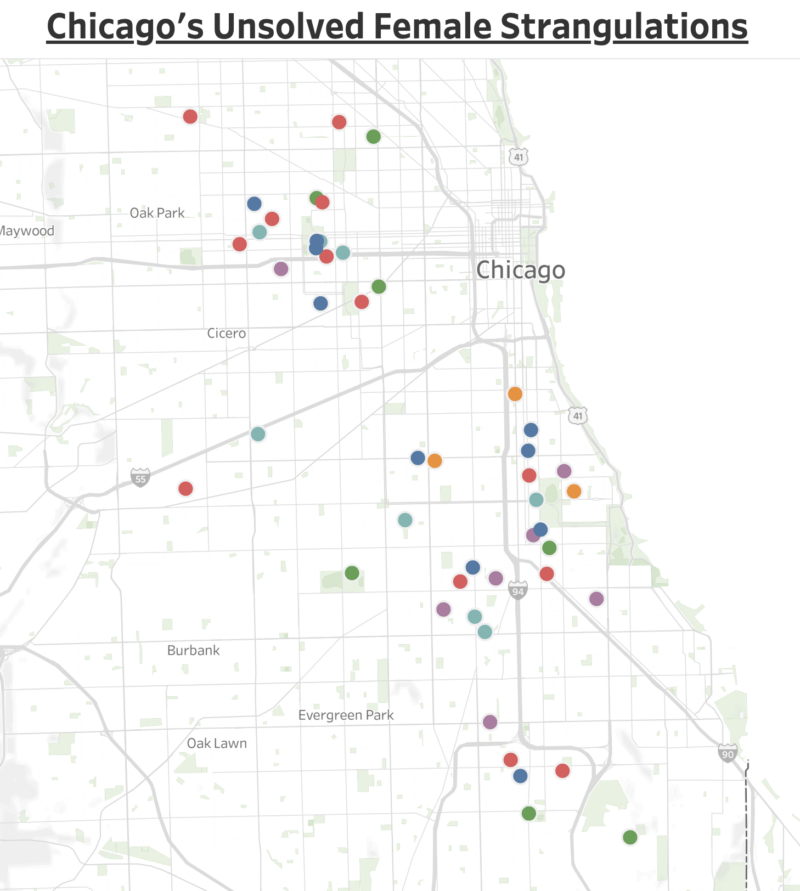 Hargrove founded MAP in 2015, after studying the serial killer Gary Ridgway. Ridgway killed dozens — as many as 70 — before his arrest in 2001. But it took police a long time to realize that they were dealing with one killer. Hargrove believes that a well-tuned algorithm could have found patterns that police missed.

That’s what MAP does — identify potential serial killers — and Hargrove believes that his algorithm has found a definite pattern in the case of the Chicago Strangler.

“[These murders] have a remarkably similar M.O.” he explained.

“First of all, almost all of the victims were recovered out-of-doors, often in alleyways or abandoned properties. That’s pretty unusual. At least three-quarters of the victims — their deaths had a clear sexual component. The victims were found partially disrobed, completely nude, or parts of their clothing were ripped to expose the female form.”

He added, “These 51 women were not killed by 51 separate men. Many of these [women], probably most of these were killed by men who have killed before.”

Hargrove noted that the killings stopped in 2014, only to pick up in 2017. To him, this highly suggests that a single killer was briefly incarcerated and unable to kill. But the Chicago police aren’t so sure.

They met with Hargrove in 2017 and have looked over his data. However, the police do not believe that the Chicago Stranger is an individual serial killer.

“We don’t work that way with, like, the dots on the map, and this says x, y, z, so it must be this,” said Brendan Deenihan, the city’s Chief of Detectives. “We can only work with what we know and what we can prove.” 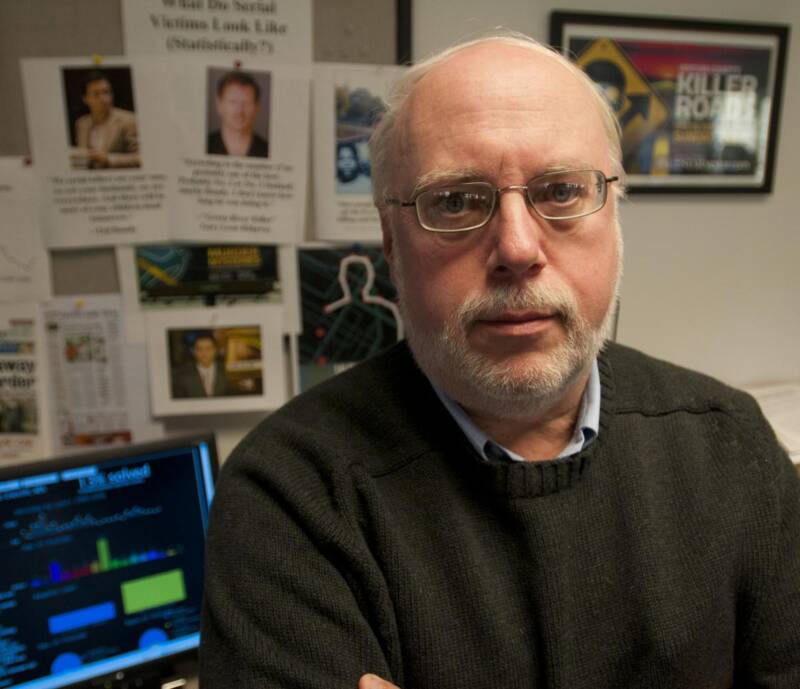 A Chicago police spokesperson echoed that statement, saying, “[T]here is absolutely no information to suggest this is the work of an active serial killer. To conclude otherwise, without detailed case information known by detectives, would be hyperbolic and careless.”

To the police, the evidence simply isn’t there. Investigators have collected 21 pieces of DNA from about half the crime scenes — and the DNA is different in each case.

“They didn’t find any links that linked all of these cases together, or even five of them, or any at this time,” Deenihan pointed out.

But some think that the police simply aren’t trying hard enough.

To date, just one of the 51 murders has been solved. Diamond Turner, police announced in January 2020, had been killed by a man she’d had a relationship with. Like the others, she’d been asphyxiated and dumped.

So, is the Chicago strangler a serial killer? Or is something even darker at play?

The Search For A Chicago Serial Killer

The Chicago Stranger could certainly be a individual serial killer. Hargrove has even suggested a name: Darren Deon Vann.

Vann strangled multiple women in Gary, Indiana, and dumped their bodies in abandoned buildings before his arrest in 2014. He even told police that he’d killed people in Illinois. However, at this time, there’s no connection between him and the 51 murders in Chicago. 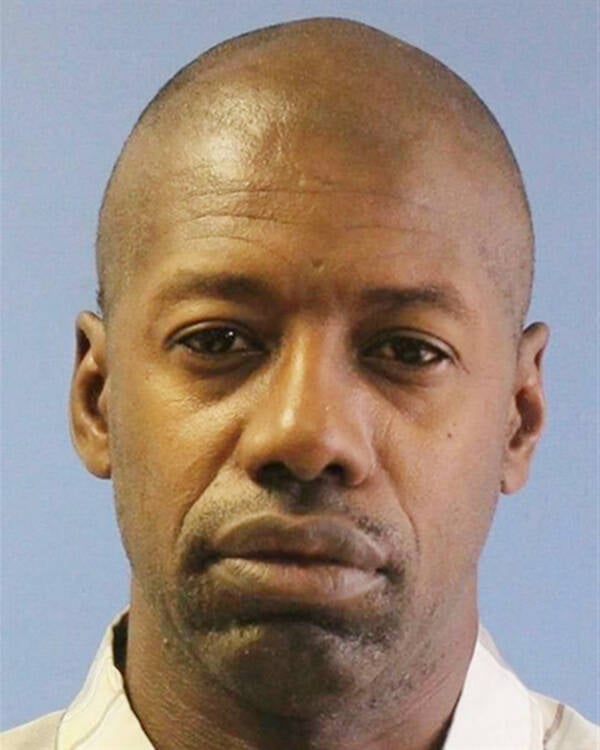 Hargrove also noted that anyone arrested for any of the 51 murders should be considered a suspect, like the man who killed Turner.

“Any arrest they make among these 51 strangulations should be — and I’m sure will be — aggressively reviewed for the possibility that they are in fact linked to other killings,” he said.

John Fountain, a journalism professor at Roosevelt University who assigned his students to tell the women’s stories in 2020, said as much. He noted: “I am convinced that if there were 51 dogs killed in the city of Chicago, people would be up in arms but we aren’t.”

A three-part documentary on Discovery+ called The Hunt for the Chicago Strangler aims to shed light on this ongoing mystery. Though it offers no definitive conclusions, the documentary does bring attention to the lives of women whose deaths were largely ignored.

After reading about the eerie and unsolved case of the Chicago Strangler, look through these eerie unsolved murder cases. Or, discover the stories of the world’s most infamous serial killers.