The Story Of Jonathan Schmitz And The Infamous ‘Jenny Jones Murder’

Jonathan Schmitz murdered Scott Amedure in cold blood in March 1995 after Amedure confessed that he had a crush on Schmitz on a daytime talk show. 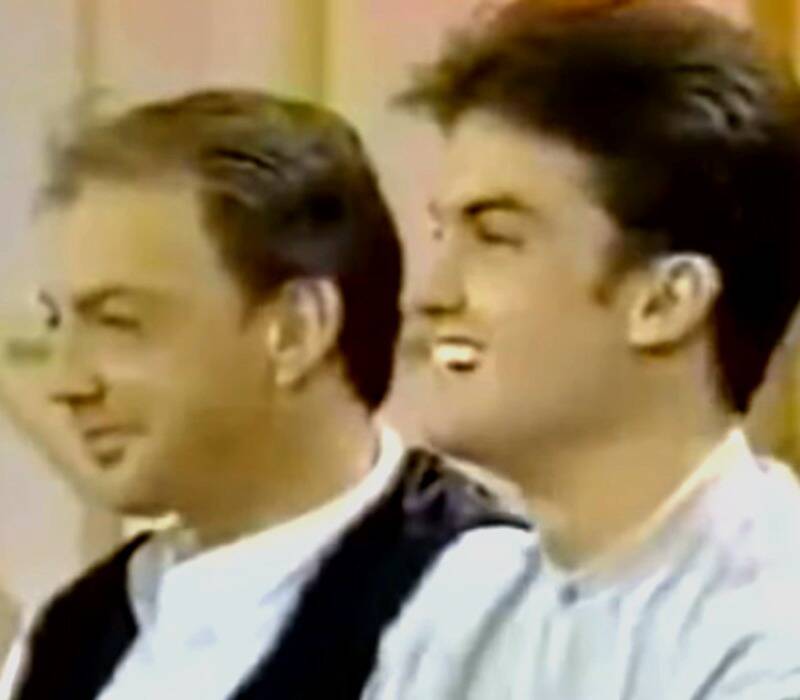 YouTubeJonathan Schmitz, right, would be dubbed the “Jenny Jones killer” after murdering his friend Scott Amedure.

Jonathan Schmitz lived an ordinary life. He was, by all definitions, an “average Joe” who lived in Michigan and generally led a quiet existence. But on March 6, 1995, he was invited to appear on one of the most popular talk shows of the day, The Jenny Jones Show, where he was told that a person who had a “secret crush” on him would be revealed.

Expecting a beautiful woman to reveal herself, Schmitz was bewildered when the “secret crush” was revealed to be a gay acquaintance named Scott Amedure.

On-screen, Schmitz appeared amused — and even flattered — at Amedure’s revelation. But when the cameras stopped rolling, Jonathan Schmitz began seething with rage that ultimately led him to murder Scott Amedure — and this tragedy changed talk shows forever.

This is the shocking true story of the man dubbed “The Jenny Jones Killer.” 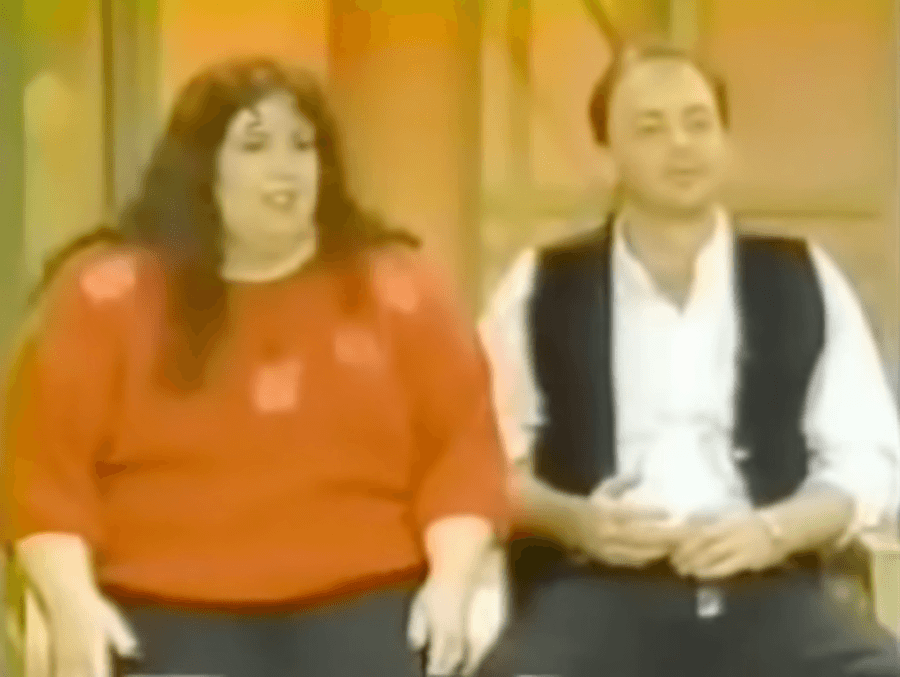 If you believe Jonathan Schmitz, he went on The Jenny Jones Show — one of the most popular talk shows of the 1990s — because he was told that a woman had a crush on him, and he was curious to know who it was. He was invited to tape an episode of the show at its Chicago-area studios on March 6, 1995.

When he arrived at the studio, he saw a woman he knew in the audience and thought she might be his secret admirer.

“He figured she was his secret admirer and walked up and kissed her, said Lt. Bruce Naile of the Sheriff’s Department to The New York Times. “But then they told him: ‘Oh, no, she’s not your secret admirer. This is.'”

The “this,” in this case, was Scott Amedure, a 32-year-old acquaintance of Schmitz’s, who had been introduced to him by a mutual friend named Donna Riley, who also was at the taping. “He was stunned,” said the lieutenant. “He had agreed to do the show. So he didn’t know what to do or what his rights were. So he sat there and went along with it.”

The Jenny Jones Show producers, however, had a different story. They claimed that they told Jonathan Schmitz that his crush could be “a man or a woman,” leaving it open to interpretation. In the actual episode — which ultimately never made it to air — Schmitz genially told Amedure that he was “definitely heterosexual,” and didn’t seem enraged or otherwise disturbed by the revelation. And at worst, everyone thought, it would be something that would be laughed off in the future — maybe as a tall tale to tell over a night of drinking with friends.

Regardless of which version of events you believe, however, the tragic result was the same.

Three days after Jonathan Schmitz taped his national television appearance on The Jenny Jones Show, he returned home from an evening out with friends to find an anonymous note on his door. Though the contents of the note were never revealed, it was enough to enrage Schmitz.

He grabbed his shotgun, knocked on Amedure’s door, and pumped two rounds into his chest, killing him instantly. Schmitz then left the residence, contacted the police, and confessed to the killing.

The ensuing trial was nothing short of a media circus. Prosecutors claimed that Schmitz killed Amedure in cold blood in an attempt to hide the fact that the pair were having an affair — a claim bolstered by the testimony of Amedure’s friend, who testified to the affair on the stand.

“What you are seeing on the tape is a 24-year-old man facing the studio audience and the camera with what I consider to be an ambush,” Richard Thompson, the prosecutor in the case, told The Washington Post in 1995. “He is visibly upset. People are laughing. It’s like a Roman circus where the audience gives a thumbs up or thumbs down to everything that is going on.” 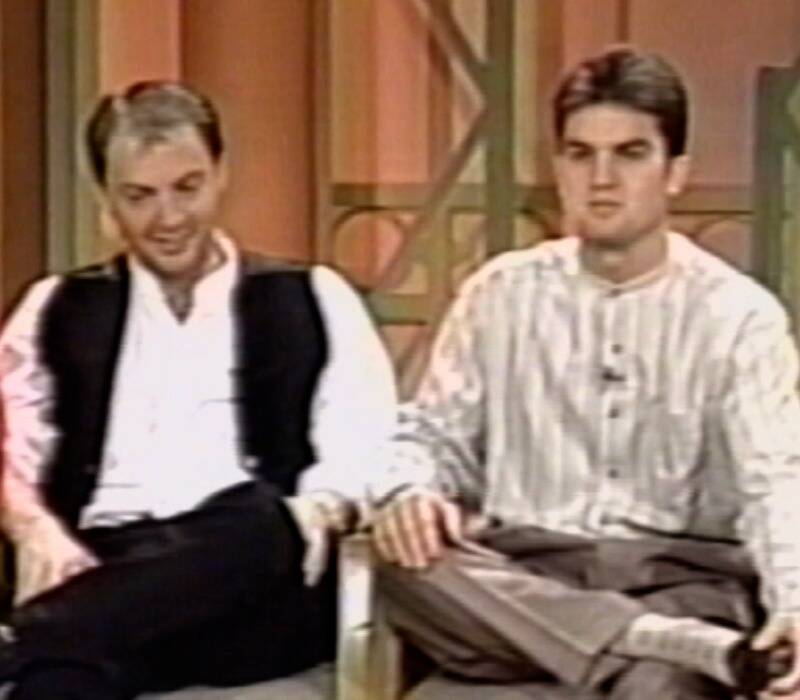 YouTubeEven though the episode never aired, Jonathan Schmitz was quickly overcome with so much rage that he murdered Scott Amedure within days of the taping.

But Schmitz’s lawyers argued that the show, and its producers, were to blame for the ensuing tragedy. They claimed that, but for their failure to disclose Amedure’s intentions, he would still be alive. The defense also revealed that Schmitz’s father frequently made homophobic comments to his son, and Schmitz killed Amedure out of a “gay panic” that ensued.

In the end, a jury convicted Jonathan Schmitz of second-degree murder in 1996 and was sentenced to 25 to 50 years in prison. The conviction was subsequently overturned, and after a re-trial, Schmitz was re-convicted of the same crime in 1999. He was released in 2017 on parole and has remained out of the limelight ever since.

The Aftermath Of Scott Amedure’s Murder

After the “Jenny Jones killer” was convicted of second-degree murder, the Amedure family sued The Jenny Jones Show for the wrongful death of Scott Amedure. At trial, Jones got on the stand and testified that she didn’t get permission from Schmitz to humiliate him on national television.

She also confirmed that her show didn’t do a background check on Jonathan Schmitz — or any of her guests — before bringing them on the air. Amedure’s attorney pointed out that, had Jones and her staff conducted a background check on Schmitz, his past mental health and addiction issues would have been revealed.

In the end, Scott Amedure’s family was awarded nearly $30 million in a judgment against Jones and her show, but the judgment was later overturned in a 2-to-1 ruling. The case was later featured in Netflix’s limited series Trial by Media, and in an episode of the HLN series How It Really Happened.

Now that you’ve read all about Jonathan Schmitz, learn about Gary Plauché, the dad who killed his son’s abuser on live television. Then, read all about Erin Caffey, the teenage girl who convinced her boyfriend to kill her whole family.