1,000-Year-Old Ice Skates Made From Horse Bones Unearthed At The Remains Of A Medieval Russian City 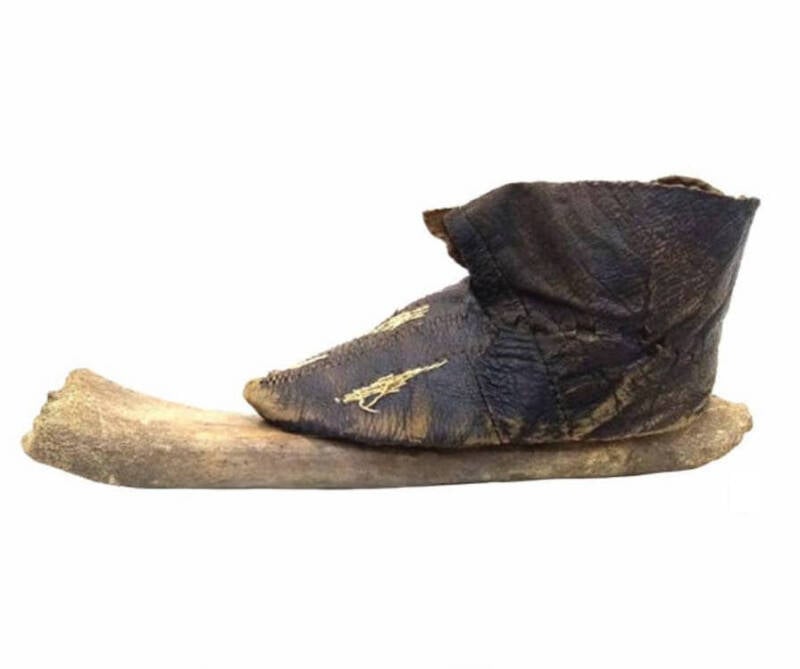 Oleg OleynikovWhile ice skating was used as an essential mode of travel in northern Eurasia during the medieval period, archaeological evidence suggests that Viking-era Russians simply did it for fun.

Founded in approximately 860 C.E., the historic city of Novgorod dates back to the very beginnings of Russian history, when it served as both a major trading center and the administrative capital of a vast territory that stretched from the Gulf of Finland to the Ural Mountains. Home to writers and artists that created some of Russia’s oldest surviving works, Novgorod has been the site of a decades-long series of astounding discoveries, including medieval manuscripts etched onto birch bark and the fabled Novgorod Codex, the single oldest book in Russian history.

Now, archaeologists in Novgorod have unearthed a stunning trove of artifacts unlike anything they’ve ever found before: 50 ice skates dating to the Viking era and made with the bones of horses. The bones were carefully sculpted into blades that would slide smoothly across the ice, allowing everyone from children to adults to enjoy wintertime fun throughout the medieval era. 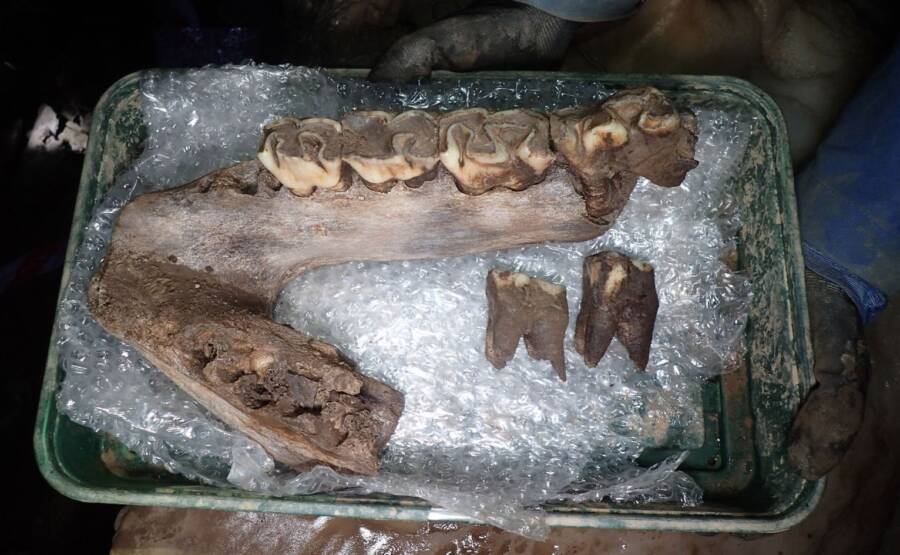 The development of Sherford began in 2015 and appeared rather promising. A new town in Devon, England, it would have 5,500 homes and sit near the bustling port city of Plymouth. Fortunately, developers requested archaeologists comb the area before breaking ground — leading to the discovery of animal remains that date back to the Ice Age.

These remains included the tusk, molar tooth, and other bones of a woolly mammoth. Experts also found the lower jaw and partial skull of a woolly rhinoceros, with a complete wolf skeleton to follow. Other findings include partial remains of a hyena, horse, reindeer, mountain hare, and red fox, plus the bones of bats and shrews.

This 2,000-Year-Old Roman Mosaic Was Just Unearthed In Central London 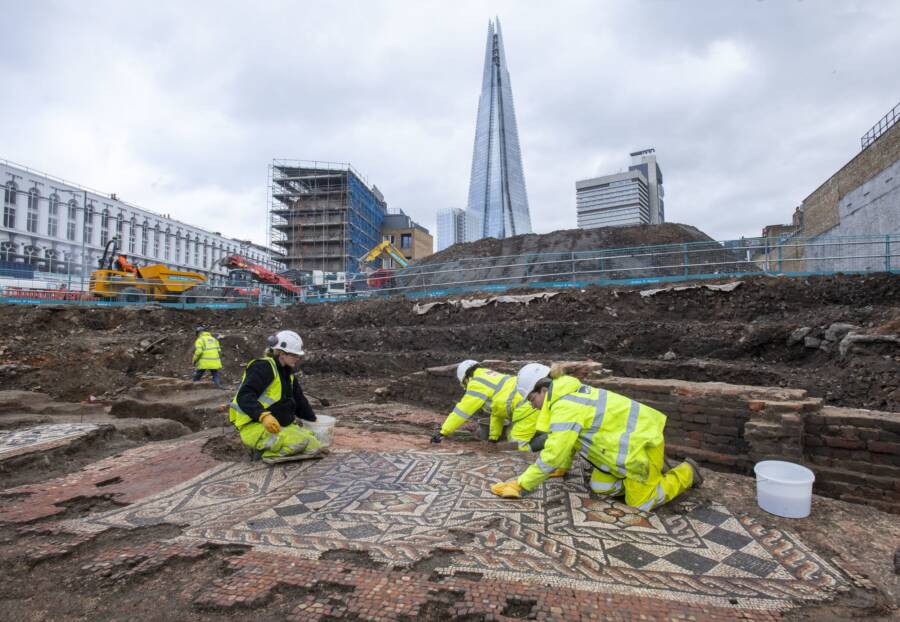 In the shadow of the iconic Shard in London, archeologists have come across an echo of the city’s ancient past. Right there in the heart of the city, they’ve unearthed a striking Roman mosaic which dates back to the late second or early third century.

“This is a once-in-a-lifetime find in London,” raved Antonietta Lerz, the Museum of London Archeology (MOLA) site supervisor.