The skeleton was initially found in the mid-19th century and was posited to be female two years ago. After much debate and criticism, the research team confidently asserts that the high-ranking warrior skeleton is indeed "unassailably female."

In 1878, archaeologists discovered an intriguing tomb on the Swedish island of Björkö wherein they found a skeleton of what appeared to be a Viking warrior. The warrior was buried with a cache of weapons, exquisite clothing, and two horses and was subsequently assessed to be a high-ranking and esteemed gentleman Viking — until a 2017 DNA test revealed this elite fighter was actually — in fact, “unassailably,” — female.

Unwavering in the face science, critics of the recent analysis have posited that the weapons discovered with the female skeleton might’ve belonged to the woman’s husband, or that there were probably two skeletons in the tomb before one was removed. Some have even argued that researchers had analyzed the wrong bones.

After two years of disputes and criticism, the team confidently asserts in Cambridge Antiquity that women Vikings like this 10th-century skeleton were, indeed, female warriors alongside their male counterparts. 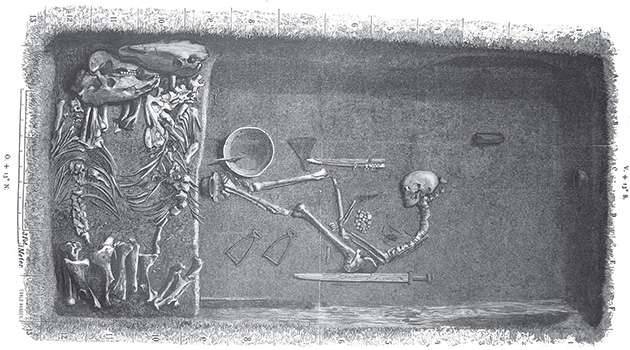 Uppsala UniversityAn illustration of the grave, based on the original 1889 plan by excavator Hjalmar Stolpe.

Returning to the initial DNA test in order to convince naysayers of the subject’s sex was less of a priority for the team than addressing the claims that they failed to analyze the correct skeleton. Their response is fairly simple — there was only one skeleton discovered, and hence, no possibility of it being mixed up with another’s bones.

“Grave Bj.581 had only one human occupant,” said Professor Neil Price, author of the study from the University of Uppsala.

“An extra thigh-bone in the Bj.581 museum storage box — much hyped by our online critics — is clearly labeled as coming from another grave and had just been misplaced in the wrong box (the possibility of which is why bones are labeled to begin with!)”

Perhaps most interesting was the argument that the considerable difference between sex and gender and how our modern interpretations of each could carelessly sway how we assess the realities of a 10th-century female Viking.

“The body’s XX chromosomes revealed in the genomic study provide an unambiguously female sex determination, but the gender of the Bj.581 individual is a different matter,” said Price. “There is, of course, a broad spectrum of possibilities, many of them involving contested contemporary terminologies that can also be problematic to apply to people of the past.” 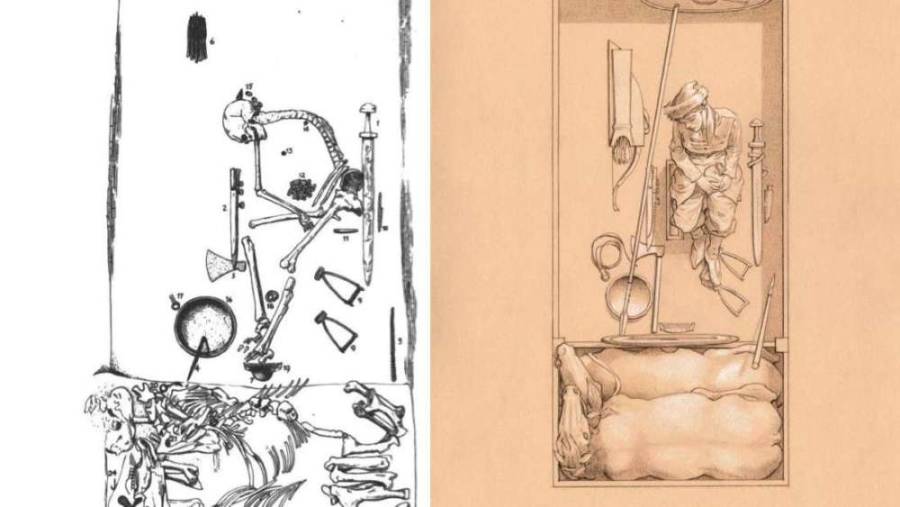 When the original study was published in the American Journal of Physical Anthropology in 2017, researchers made sure to clarify that the skeleton’s morphology indicated it belonged to a woman — but that DNA testing was essential to verify that notion.

“This is the first formal and genetic confirmation of a female Viking warrior,” Professor Mattias Jakobsson said at the time. “Written sources mention female warriors occasionally, but this is the first time that we’ve really found convincing archaeological evidence for their existence,” Price added.

In the end, the research team itself is fairly confident that similar discoveries expanding upon the limited evidence of ancient female warriors will forge this discussion ahead — even if those discoveries are retroactive and based on already excavated evidence.

“Time will prove us right or wrong, but we think it probable that more Viking Age female warriors will be found in the archaeological record — either as new discoveries or as reinterpretations of old finds,” the team said.

Next up, check out more Shieldmaidens, the Viking warrior women like the skeleton above. Then, learn about the Viking funeral ship that contains a treasure trove of ancient relics.