A mysterious Viking ship burial unearthed in Scotland has yielded a wealth of artifacts. 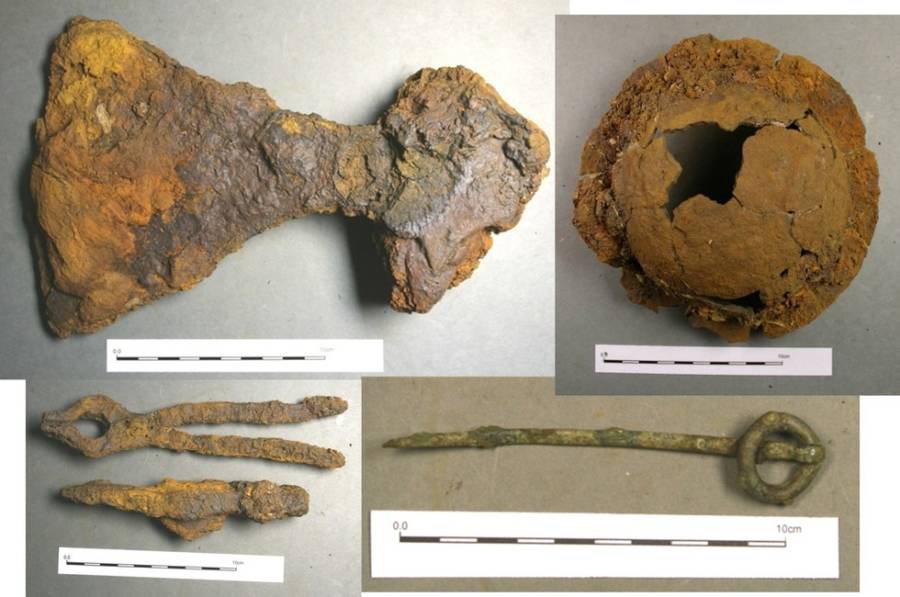 After first uncovering it in 2011, researchers in Scotland have now completed their investigation of a Viking burial boat and the piles of ancient artifacts that came along with it.

Located on the Ardnamurchan peninsula in western Scotland, the burial ship, which could be more than 1,000 years old, was the first undisturbed Viking funeral ship ever discovered on the British Isles.

Because the practice of burying prestigious Vikings inside ships was common, this newly investigated relic likely marks the remains of a high-ranking Viking military officer or royal.

“The burial is probably that of a man — but as we only have the two teeth surviving, it is impossible to be definitive. So it is possible, but not likely, that this was the burial of a woman,” Oliver Harris, co-director of the Ardnamurchan Transitions Project (ATP) at the University of Leicester’s School of Archaeology and Ancient History, told Seeker.

“There is nothing female per se in the grave, though of course there are lots of objects — sickle, the ladle, the knife, the ringed pin — that are not male either.”

To bury the boat, Vikings would dig out a boat-shaped hole in a huge pile of rounded stones before placing it inside. The body would then be put into the boat, as well as the grave goods, which in this case included a sword, drinking horn vessel, shield boss, ladle, sickle ringed pin, and an ax.

“The final artifacts found in the boat, the spear and shield boss, were higher in the burial, deposited as part of the closure of the monument,” the researchers wrote in the journal Antiquity. “The burial evokes the mundane and the exotic, past and present, as well as local, national and international identities.”

The Viking’s grave was also stacked with stones, likely pilfered from nearby, as well as a deliberately broken spearhead, leading the archaeology team to believe that there was some kind of ritual involved with the burial.

While that remains unclear, the researchers were also able to measure how big the ship had been from measuring the placement of the boat’s 213 rivets. The boat itself was only 16 feet long, leading the archaeologists to conclude that it was a small rowing boat that accompanied a larger Viking ship.

Thus the fallen Viking likely died while on an expedition, making his or her final resting place far away from home.

Next, check out this newly uncovered ancient Chinese tomb full of mysterious figurines, before checking out the ancient goddess sculpture recently discovered in the Aegean Sea.