Researchers aren't sure why this sixth-century general and princess were buried with dozens of figurines. 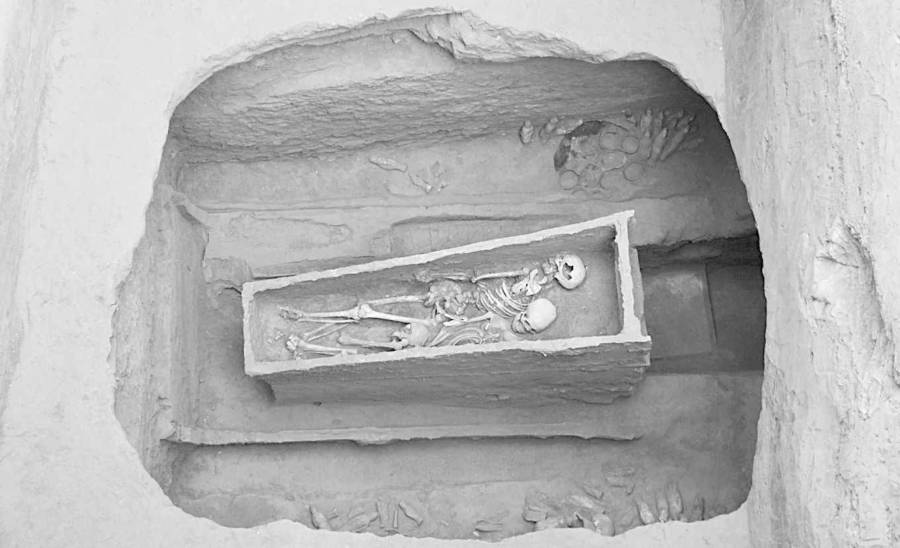 Chinese archaeologists have discovered the tomb of General Zhao Xin and his wife, Princess Neé Liu, both buried on March 18, 564. In addition to the couple’s skeletal remains, researchers also found that the tomb holds dozens of ceramic and stone figurines.

The archaeologists recently published an English translation of their findings in the journal Chinese Cultural Relics, writing that, “The grave goods in this tomb are comprised of a total of 105 items, mostly pottery figurines.”

Isolation from the elements managed to prevent color fading on these figurines, allowing the researchers to distinguish warriors, camels, ox carts, and drummers among the relics, the tallest of which measures at about 22 inches. 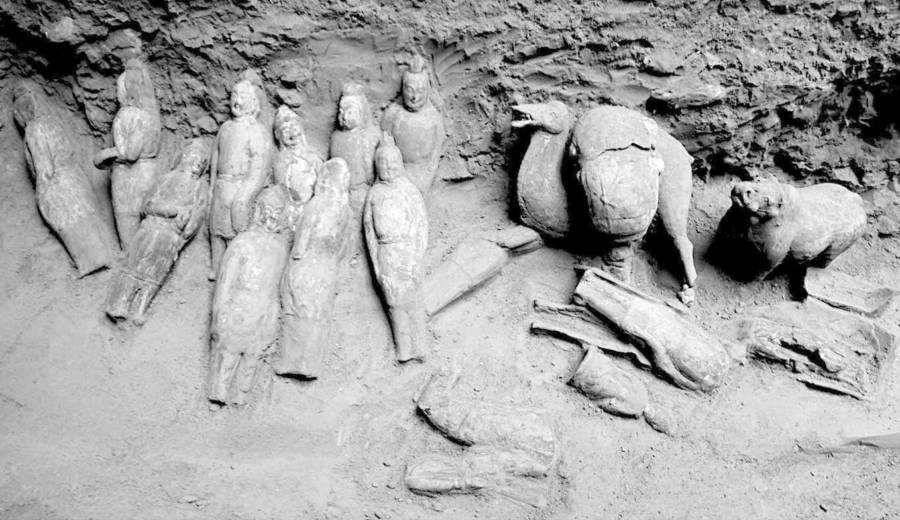 The research team was able to pinpoint when the couple was buried thanks to a sandstone inscription found in the tomb. Written in ancient Chinese, the translated inscription reads: “On the 20th day of the second moon of the third year of the Heqing period, they were buried together.”

It goes on to say that Zhao ruled the Northern Qi Dynasty from 550 to 577, adding that at various points in his life, Zhao served as both a governor and a general.

Zhao led a garrison of soldiers to victory at his final post, with the translated inscription reading, “A thousand men lost their souls; he disposed of the Yi barbarians and exterminated the enemy, and the public flocked to him.”

Of the princess, the inscription notes that “she was modest and humble, and sincerity and filial piety were her roots. Her accommodating nature was clear, her behavior respectful and chaste.”

Why the couple was buried together and among so many figurines remains a mystery.

Next, check out why Empress Wu Zetian killed her children in order to become China’s only female ruler, before reading the story of Ching Shih, a prostitute turned pirate lord.