A nurse from Queens, New York, Marie Van Brittan Brown created the first video home security system in 1966, paving the way for the technology we use today. 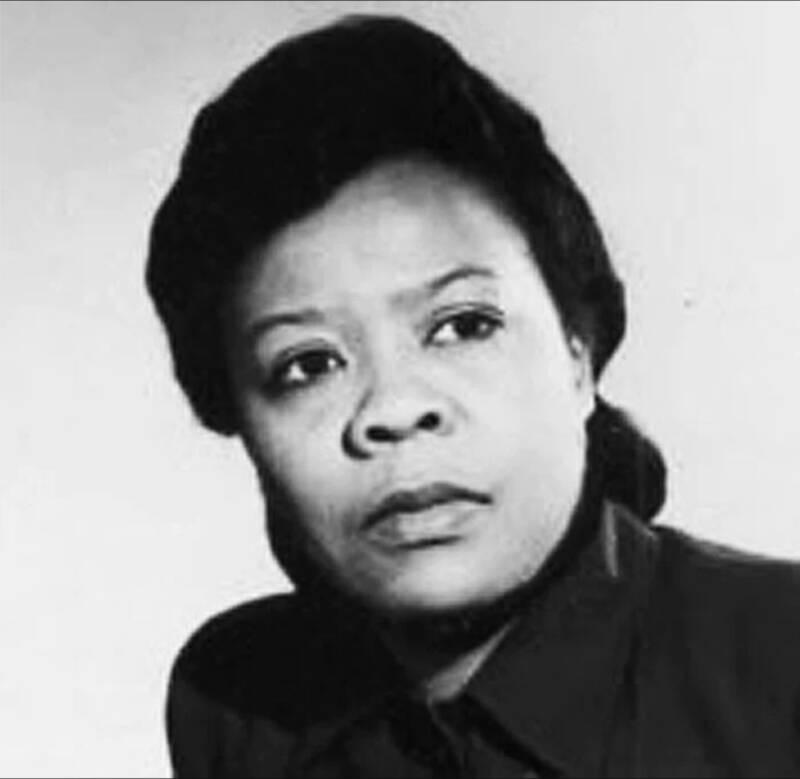 Marie Van Brittan Brown was a nurse living in Queens – until she became an inventor.

As a nurse living in Queens, Marie Van Brittan Brown was used to working the night shift. And in the 1960s, Brown’s husband, Albert, also worked unusual hours as an electronics technician.

Brown didn’t always feel safe as she walked through the neighborhood at night, and crime was on the rise with a 32 percent increase between 1960 and 1965 in Queens. Even once she reached their apartment, Brown worried about her safety.

She knew that an emergency call might mean waiting for police to show up. So Brown decided to take her safety into her own hands — and created the first home security system.

Who Was Marie Van Brittan Brown?

Born on Oct. 30, 1922, Marie Van Brittan Brown grew up in Queens. She married Albert Brown and had two children with him.

The Browns raised their children in a small house at 151-58 135th Avenue in South Jamaica, New York. The predominantly Black neighborhood sat across the Belt Parkway from Idlewild Airport – renamed John F. Kennedy Airport in 1963.

Brown was trained as a nurse, but she also had an inventive mind. In her early 40s, Brown developed the first home security system that used a motorized camera, remote door unlocking, an intercom, and a button to call police. 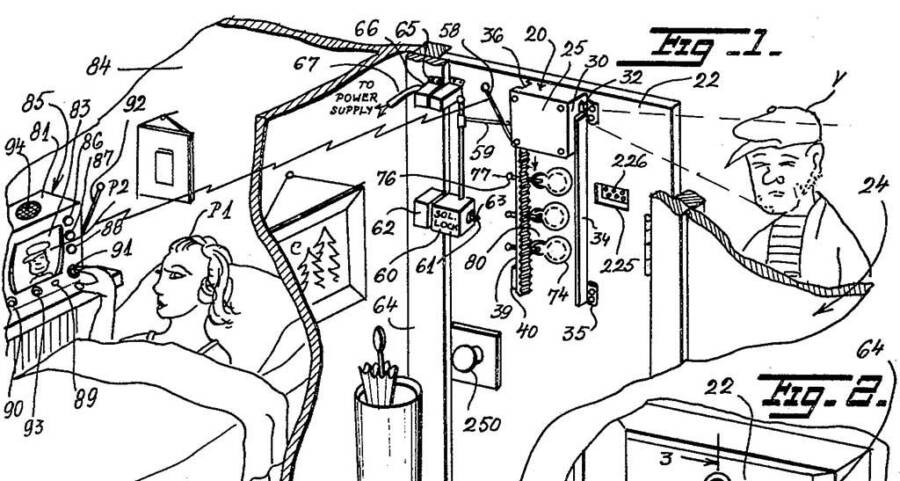 U.S. Patent and Trademark OfficeThe Brown home security system made it possible to see who was at the door from bed for the first time in history.

In the mid-1960s, the Jamaica neighborhood of Queens was saturated with crime. Often home alone in their apartment, Brown feared she might become a target for break ins.

Hers was a common fear, but then Brown came up with a unique solution. She designed a home security system that started with the front door. Instead of a single peephole, Brown’s system had three. Each peephole was at a different height to ascertain whether the visitor was an adult or a child.

But the peepholes weren’t meant for Brown. Instead, a camera attached to the door would slide up and down to peer through the holes, ensuring that the viewer could watch from a monitor located a safe distance from the door — or anywhere else in the house.

In order to accomplish that, Marie Van Brittan Brown turned to a cutting-edge technology of the 1960s: closed-circuit television. Originally developed by the military during World War II, CCTV was still rare in Brown’s day, and one tech magazine speculated that it might be used by medical students to learn surgical procedures.

Brown had a different idea. CCTV would make it possible to see who was outside your door from anywhere in the house – even in bed.

But Brown didn’t stop there. She also conceived of an intercom attachment so that homeowners could speak to visitors without walking to the door. On top of that, the system also came with a radio button to call the police.

“The security station may be equipped with video and audio receiving equipment to monitor the video and audio signals,” Brown wrote in her patent application. “The monitoring of these signals will occur under control of the house occupant.”

Brown even ingeniously conceived of a remote unlock function so occupants could lock or unlock the door at a distance. She then turned to her husband, Albert, to design the system with his electrical know-how. Their finished product would be the first motorized camera and monitor system.

As the technical expert behind the system, Albert Brown was also listed on the patent. In the patent application, Brown outlined the system as “a video and audio security system for a house under control of an occupant.”

Brown stressed how important it was that the homeowner was given the power to control their own security system. Instead of relying on police to respond to calls, the security system put more control into the hands of everyday people.

Three years later, in 1969, the U.S. Patent Office granted her the first patent for a home security system.

The news broke in The New York Times. While the patent application listed Marie’s name first, the paper credited Albert Brown and “his wife, Marie,” with the invention. 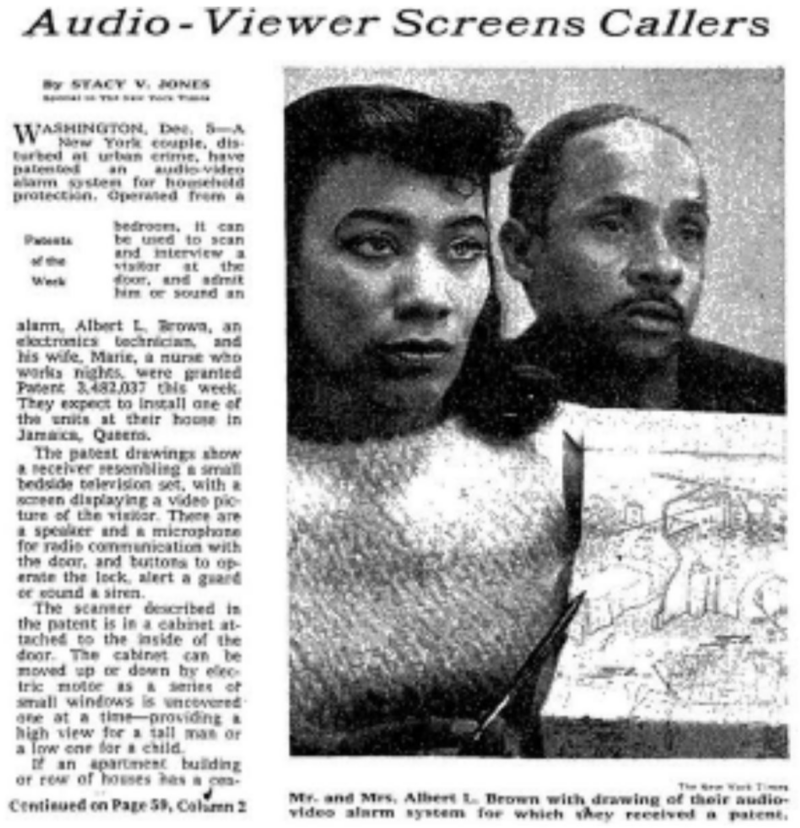 “With the patented system, a woman alone in the house could alarm the neighborhood immediately by pressing a button, and installed in a doctor’s office it might prevent holdups by drug addicts,” the paper reported.

The next step was to get the system installed in people’s homes.

After receiving her patent, Marie Van Brittan Brown planned to install her security system in her own Queens apartment while looking for a manufacturer to produce it. But here, they ran into a few problems.

For one, the security system was so advanced that the technology was prohibitively expensive. “The cost of installing it would be pretty high,” Dr. Robert McCrie told Smithsonian Magazine. 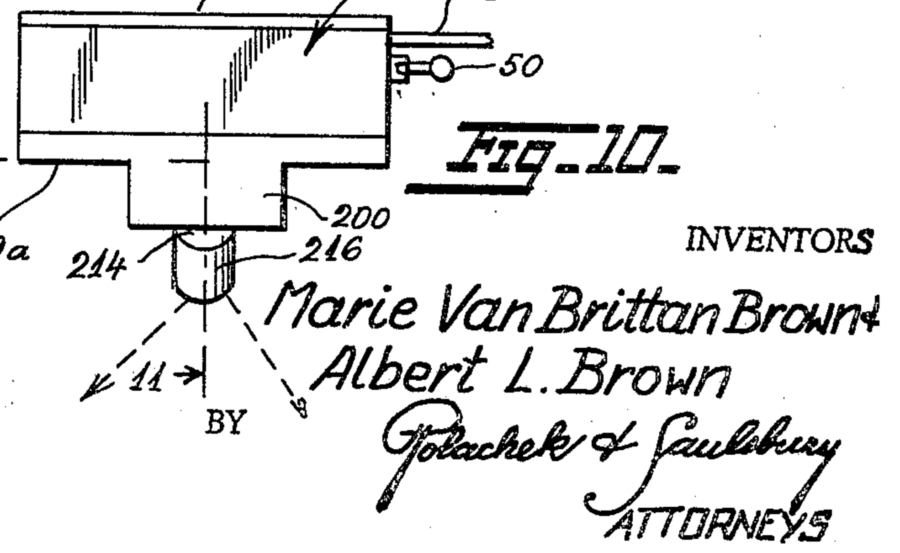 It would take decades before technology costs dropped enough to market a home security system for private residences. Companies only began selling CCTV for residential consumers in the mid-2000s, almost half a century after Brown’s invention.

But Brown’s invention still made its mark. More than 30 U.S. patents referenced Brown’s patent filing, including many later home security systems. In 2021, Amazon even referenced Brown in its patent for “wireless speaker devices for audio/video recording and communication devices.”

Brown also received an award from the National Scientists Committee.

Marie and Albert raised their two children in Queens. Their daughter followed Brown’s footsteps by becoming a nurse and inventor. Marie Van Brittan Brown died in 1999.

Marie Van Brittan Brown made history with her invention. Next, read about the life-saving inventions of Garrett Morgan, and then learn about seven Black inventors who changed history.